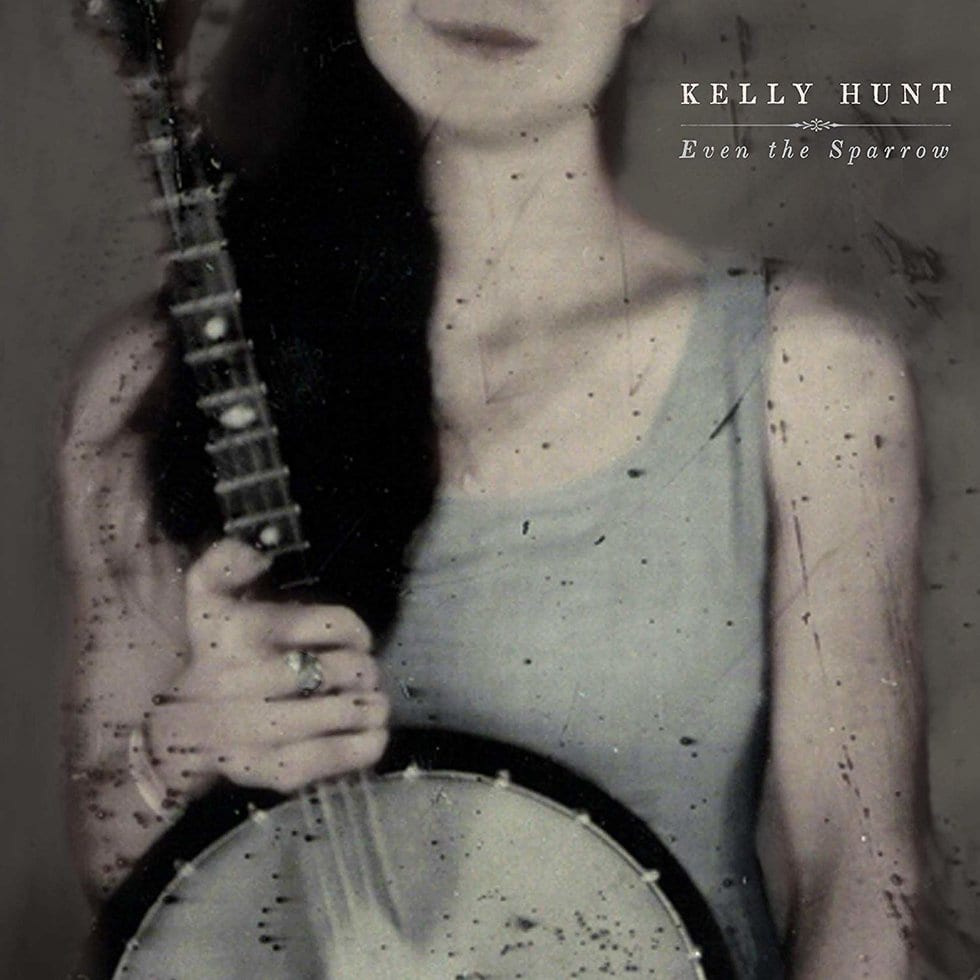 Even the Sparrow
Kelly Hunt
Rarebird

“I really wasn’t looking for it,” Kelly Hunt said about her Depression-era tenor banjo. Hunt knows little about the banjo other than it was owned by a man named Ira Tamm who used it as part of his dog-and-pony show. The rest of the instrument’s past is a mystery. Now, the banjo is a central figure in her debut album and the key for the singer-songwriter to uncover her chronicles. Even the Sparrow, released by Rare Bird Records, continues the banjo’s history while adding Hunt’s mythos to its timeline. By way of Memphis, the Kansas-based musician demonstrates an understanding of traditional and Southern American roots music. Through Hunt’s musicality and penchant for vibrant imagery, the album embraces modernity with unadulterated effervescence.

Even the Sparrow is unequivocally influenced by Southern culture. “Gloryland” flawlessly melds gospel with Southern roots music. An organ serves to lift the track’s timbre while bridging the space between the contemporary and the antiquated. Much as traditional folk music, the lyrics are dour: “I was feeling low / overcome with woe / there deep down darkness that was stirring up my soul.” Hunt’s cadence and the track’s tempo, however, are indelibly buoyant. The lyrical and aural contrast ultimately reminds that hope and resolution are achievable despite the morass. The track concludes with “we’re going to make it all the way to the glory land.” Echoed by background gospel vocals, the call for indefatigability is indisputable.

Even the Sparrow positions Hunt as an accomplished storyteller. In “Oh Brother, Where Art Though”, no evident connection to the Coen Brothers’ film, Hunt relies on the storytelling aspect evident in vintage folk music to exhibit the contours of humanity. While “Men of Blue & Grey”, despite seeming like a conspicuous glorification of the Reconstruction Era’s nostalgia for the Civil War, is a poignant rumination on developing strength and hope after longstanding violence and suffering. The track is inspired by acclaimed Civil War photo-documentarian Mathew Brady whose work revealed tragedy’s breadth. Seemingly, “Gloryland”, “Men of Blue & Grey”, and “Oh Brother, Where Art Though” utilizes the traditional reconstruction language. Yet Hunt spurns the associations with systematic oppression to endow the Southern legacies with a more heartfelt and mindful slant.

Hunt’s narratives are lush, and her lyrics are equipped with colorful imagery. The opening “Across the Great Divide” rejects the conventions of a lost-love ballad. Instead, Hunt contemplates the ethics surrounding forgiveness and love’s longevity. Despite reveling in the ruined relationship, Hunt hate is not lasting. Rather, “the converse is true / Every day expands my love for you”. The space between love and hate is reexamined in the subsequent title track. Here Hunt revisits the traditional Appalachian theme of weathering desolation with optimism. She illustrates the sorrow of a woman left at home, contemplating her husband’s absence, “a soul-astray”. Hunt’s vocal line is especially hunting in her delivery of non-lexical vocables. After singing “the sparrow keeps a home”, she extends the vowels on home to recreate the sound of inconsolable weeping. Her ability to express emotionality serves to extenuate the loneliness conveyed by the banjo and fiddle.

As made evident by the album’s title, Hunt finds inspiration in the natural world. “Sunshine Long Overdue” fuses figurative and literal imagery to consider the power of light over darkness. In “Bird Song” her banjo and the fiddle flit and flirt, personifying two songbirds’ exchange. Whereas Hunt centralizes nature’s beauty, she also reveals its rancor. “Fingernail Moon” portrays the moon as a cold and vengeful entity. It enshrines a traveling musician’s life with judgment and contempt. The lunar cycle “pulls at me / Like she pulls at the tide”, contributing to the fictionalized musician’s mercurial behavior. An apt analogy for contemporary musicians who must contend with critics’ vitriol. Despite the moon’s power, the musician, as Hunt herself, are resolute in their advancement.

Hunt claims her love has the ability to “calm the riots… and over time will cut a canyon wide”. Romantic and tenacious, these lyrics also wholly encapsulate Even the Sparrow‘s overall magnitude.