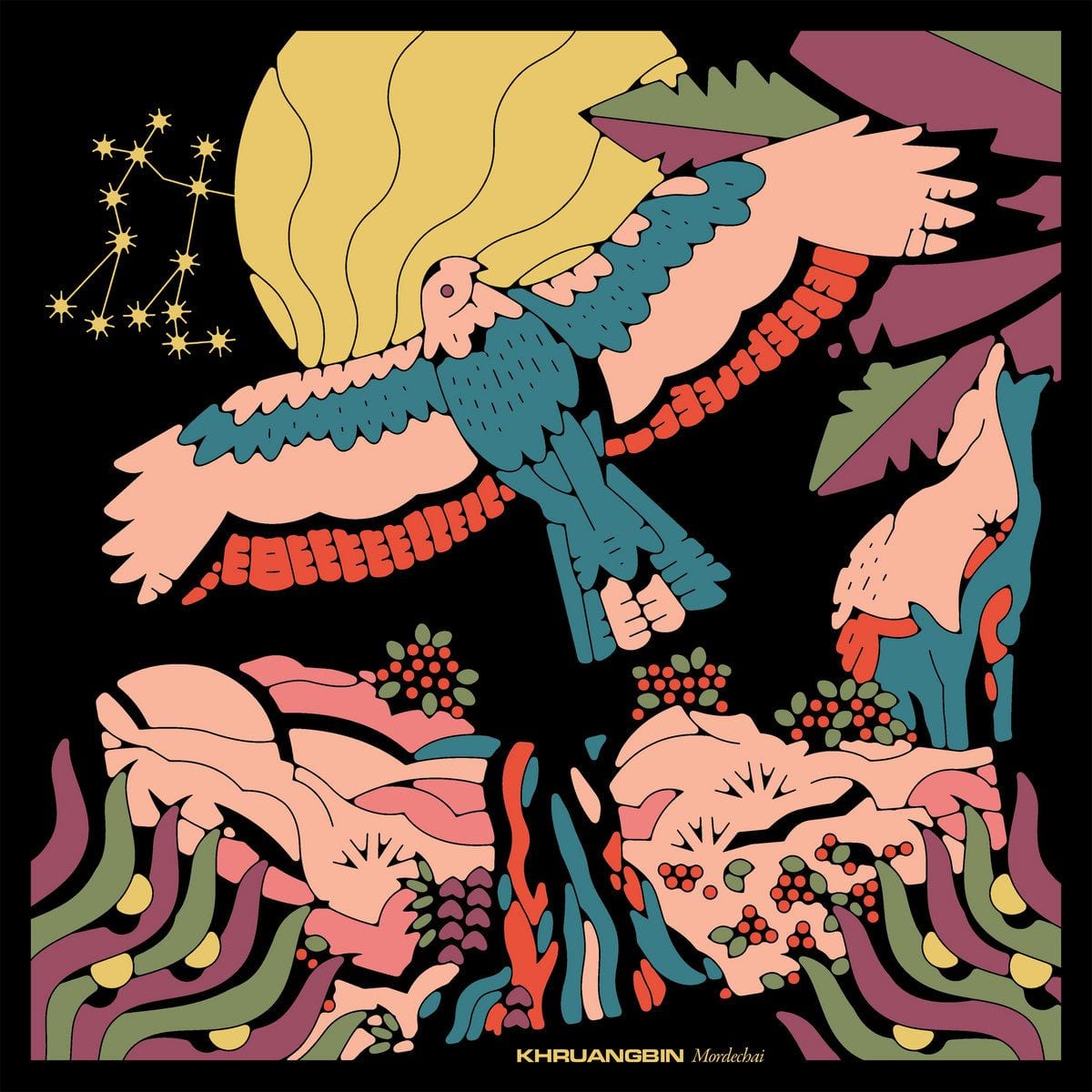 Houston’s Khruangbin have gradually been building up a global audience over their young career. Their mixture of funk, R&B, psychedelia, and a grab bag of world-spanning musical influences has connected with a wide variety of listeners. Their largely instrumental approach has likely helped make it easier for them to pull in people who don’t have to focus on English-language lyrics. With their third album, Mordechai, their approach to vocals has changed a bit, but they are still bringing a wide array of styles to their music.

Bouncy single “Pelota” typifies the band’s revised approach. Over a skittering Latin beat and a funky bassline, guitarist Mark Speer opens the song with a typically melodic lead, sounding, like it so often does in Khruangbin, like the guitar will be the primary melody instrument. But Speer’s guitar quickly gives way to Spanish-language vocals that drive the rest of the track. Handclaps, timbales, and lots of cowbell add to the song’s Latin flair, and Speer lays back to let the singing be the focus, although he does include a typically lyrical solo two-thirds of the way through the song.

Several other tracks on Mordechai also feature lead vocals, with varying degrees of importance. Album opener “First Class”, a slow funk workout, uses vocals as punctuation, with occasional exclamations of “First class!” and “Solamente!” Meanwhile, Speer’s heavily reverbed guitar takes the melody, and Laura Lee’s expressive bass playing serves as a counterpoint. It’s not the most engaging use of vocals on the album and a surprisingly laid-back way to start the record. The more upbeat second song, “Time (You and I)”, finds the band with a strong groove led by Lee’s active bassline, with Speer on disco wah-wah rhythm guitar duties. The vocals are front and center here, with the refrain, “That’s life / If we had more time / We could live forever / Just you and I / We could be together”, repeating more than a dozen times through the song.

The highlight of Mordechai is also a vocal track, the sweet, breezy pop song “So We Won’t Forget”. DJ Johnson’s light touch drumming locks in with Lee’s bass, while Speer plays chiming, easygoing guitar accents. Like “Pelota”, the vocal melody drives the song, a soft falsetto that sings (intentionally?) muddled lyrics and finishes most lines with, “So we won’t forget.” It’s simple and catchy and a lot of fun.

But Khruangbin don’t forget their more instrumental workouts. “Father Bird, Mother Bird” is a vaguely Latin-sounding track that hearkens back to what the band did on their earlier records. Speer plays expressively over a strong, slow rhythm section groove, often making his guitar sound like it’s singing a vocal melody. The song is at its best when Lee doubles up Speer, making for a powerful duet, especially since it’s just the core three instruments. “One to Remember” is similar, the album’s slowest track, testing how laid-back Johnson and Lee can get while maintaining the groove. Echoes of vocals do appear here, softly singing the melody and lyrics to “So We Won’t Forget”, a full two tracks before that song appears.

“Dearest Alfred” and “Connaissais de Face” approach romance in different ways. The former is another slow jam, led by Speer and the vocal refrain “Your letter is the best gift.” It’s about longing and anticipation. “Conaissais de Face”, on the other hand, is about flirting and the promise of something more intimate. A pair of acquaintances, a man and a woman, reconnect and have a spoken-word conversation about the old days and the other members of their friend group. The music itself feels sexy and flirty, while the conversation, soft but audible, grabs the listener’s attention. After a lengthy instrumental interlude, the couple returns, in an even lower register, with a few lines that imply more will be happening after the song, before fading away.

Mordechai, for all its use of vocals, really shows off the chops and interplay of the drums, bass, and guitar at Khruangbin’s core. Even the songs that didn’t grab me at first are a pleasure to listen to for the way Speer, Lee, and Johnson play together. They lock in as an ensemble, clearly listening closely to each other, and that chemistry comes through no matter the speed or style of song they’re playing. Not all of the vocal tracks work, but when they really go for it, like on “Pelota” and “So We Won’t Forget”, the band show how well they can integrate singing into their impressive playing.