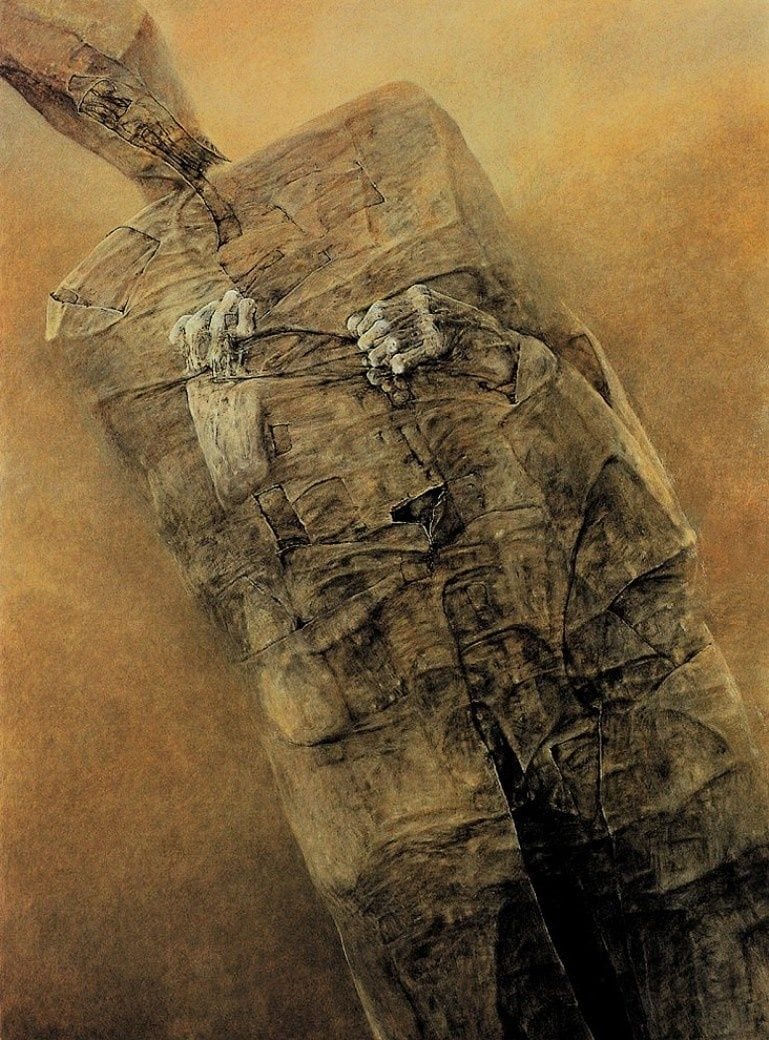 Zdzisław Beksiński was a Polish surrealist painter who was sometimes called the Polish HR Giger and it’s easy to see why. His paintings sit somewhere between Dali and Giger, and in general are pure nightmare fuel. 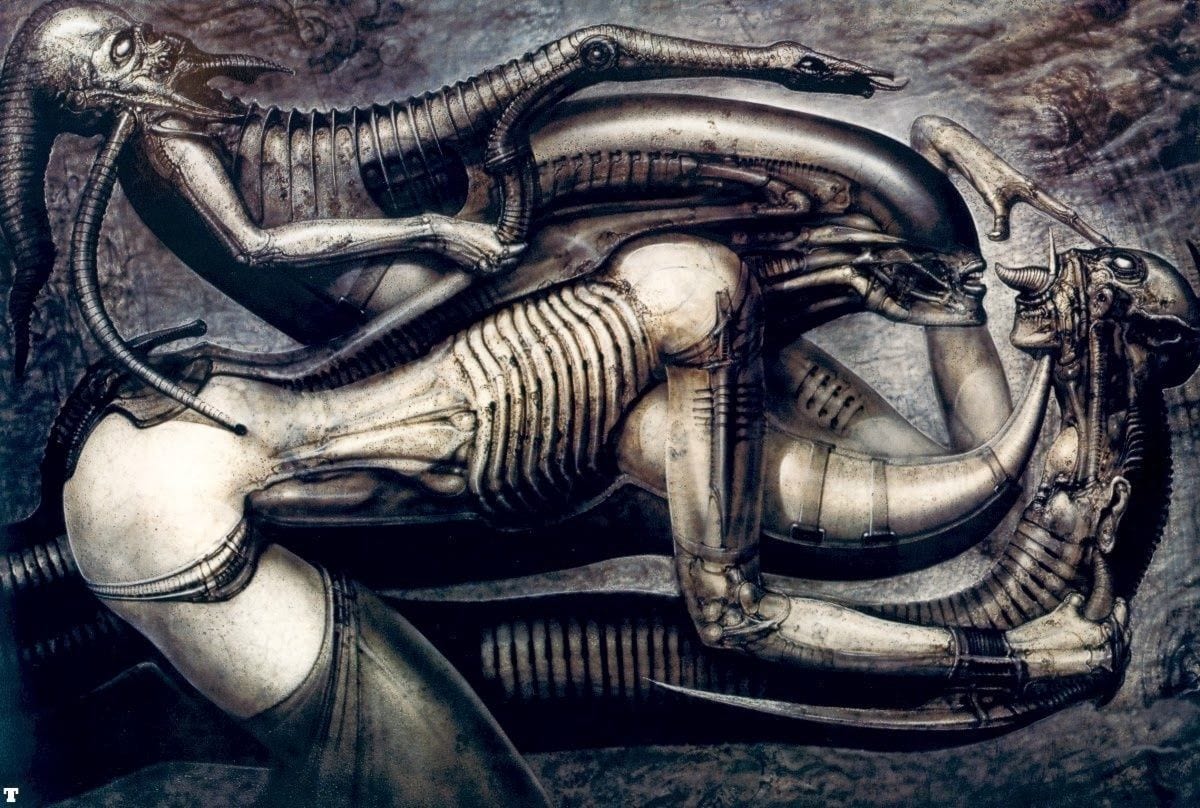 This is the book that Ridley Scott was shown and influenced the creature in Alien. Also I think Alien and Aliens in general have had a massive impact. I love the contrast between the alien organic world that Giger created in contrast to the aged, retro futurist designs of Ron Cobb who worked on the interiors of the first movie. 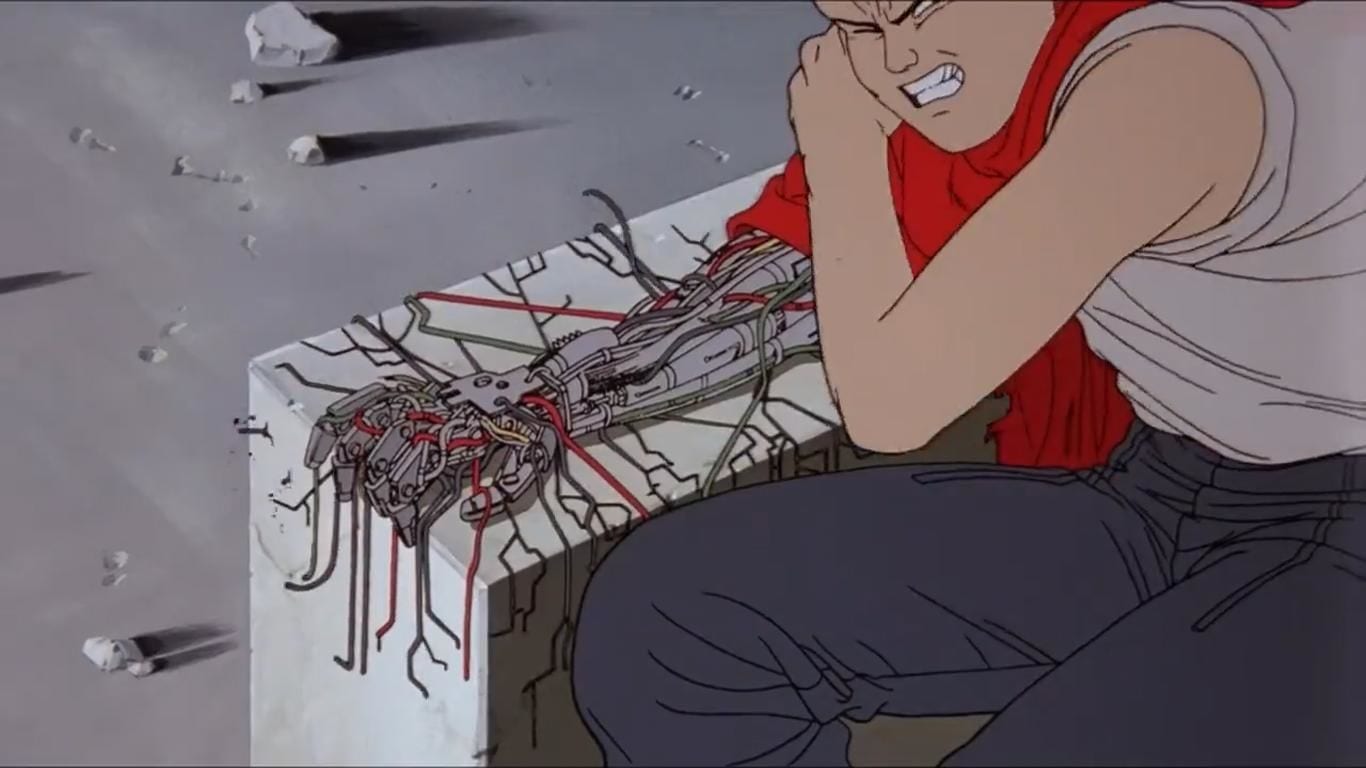 Akira has influenced all of my previous Planet Mu release covers. I was recently looking back at my older records and noticed a progression in color and form. The art from regional surrealism is like a monotone sketch; Caramel is more like a concept art piece, Refresher feels like a CG previsualization for a film scene, and Ways of Seeing I wanted it to look like a still of a miniature set from a movie. It’s mainly down to developing more practical skills and confidence in my work. I think the music also shares a similar path. 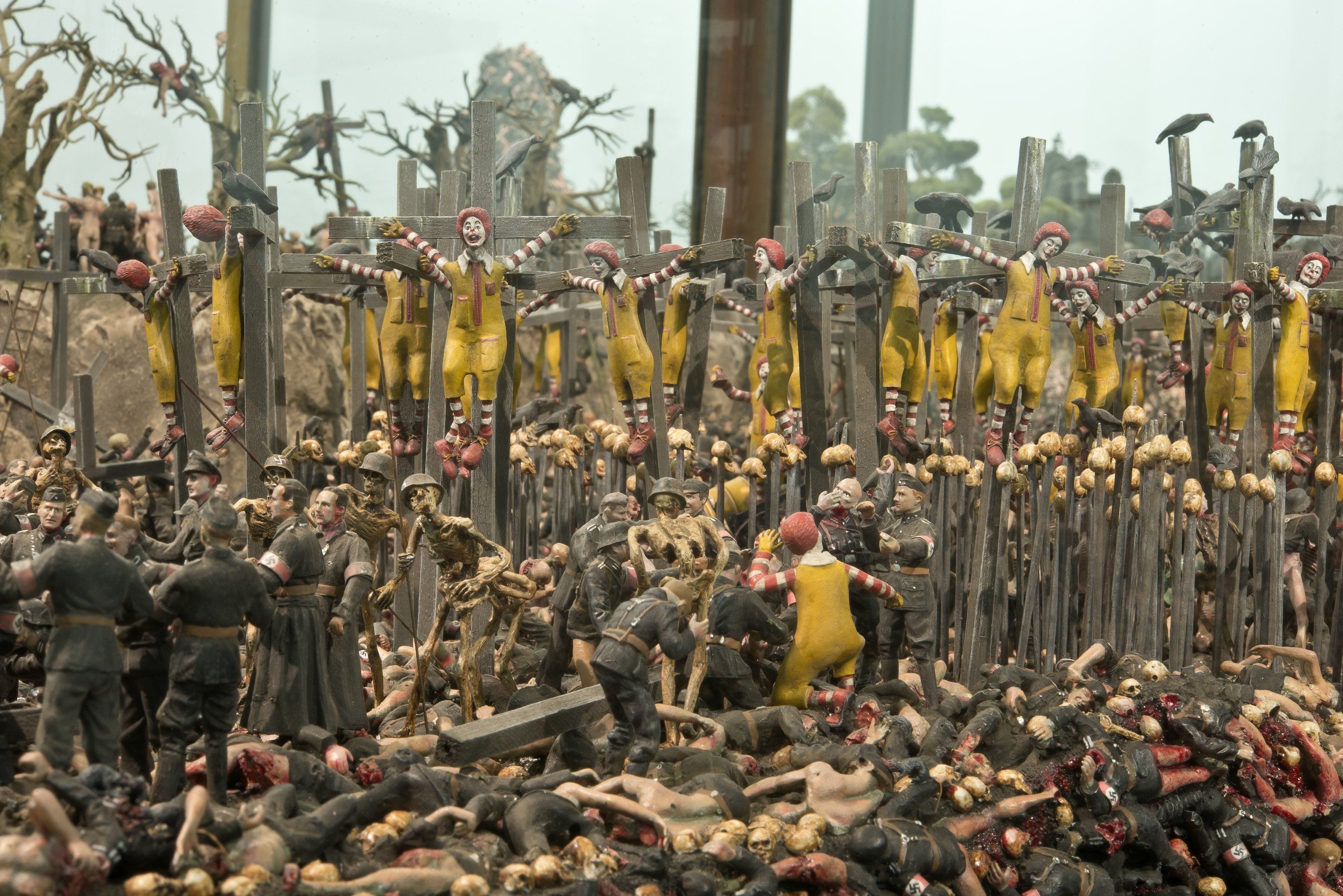 As I mentioned before I’m really interested in miniature set designs and dioramas. There’s something deeply disturbing about their work, and it looks so real because its in model form. It reminds me of going to museums when I was younger and looking at scenes of prehistoric villages. I recently discovered the series by John Berger – Ways of Seeing. He spends a lot of time in galleries discussing the artworks, its where the title comes from. He has such a relaxed manner about him and I miss those types of programs that are really chilled to watch, and you learn lots of stuff in an unpatronizing way. 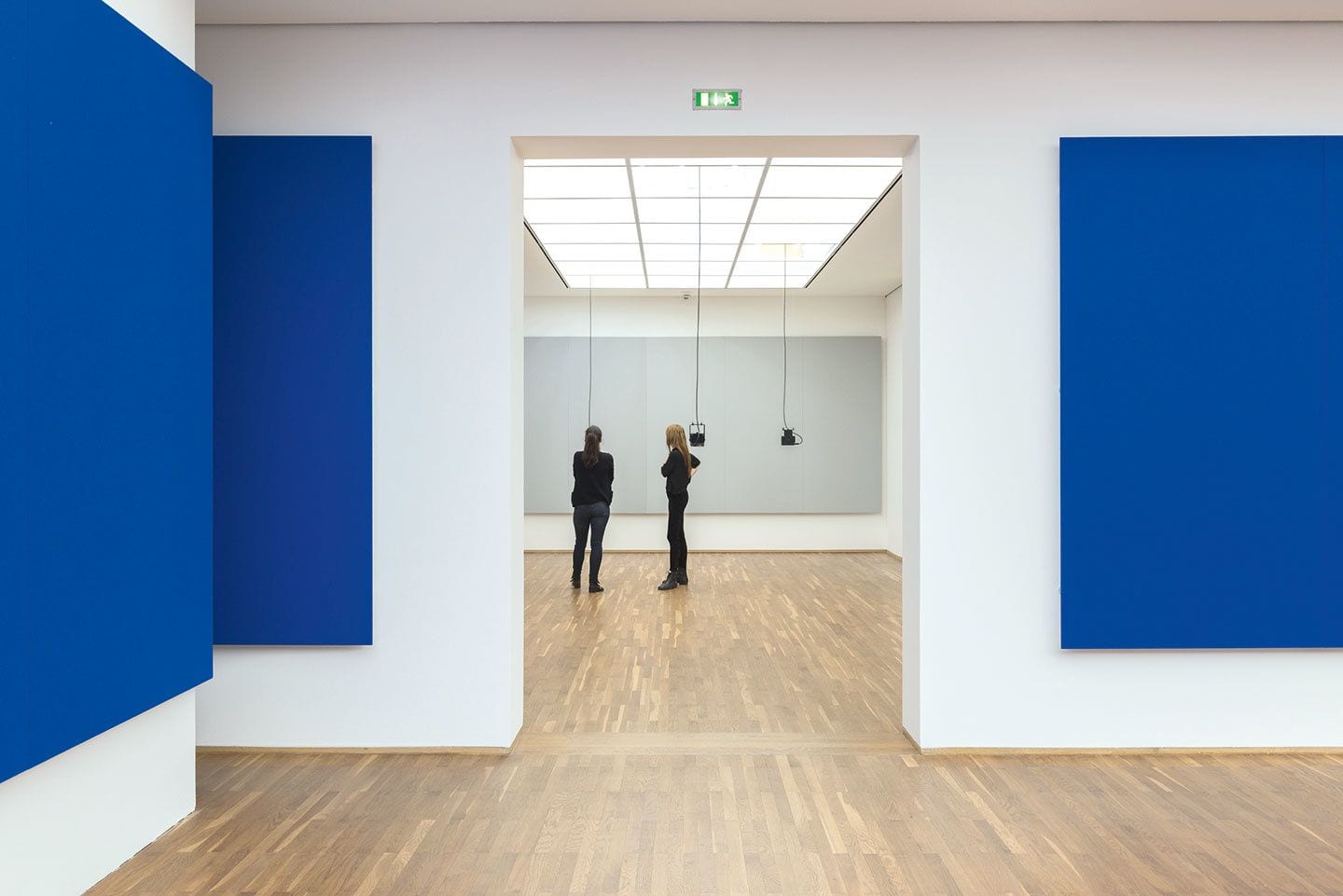 His music sounds so synthetic and like its made out of plastic. I know it probably doesn’t sound like he influenced me that overtly, but I always try and add subtle layers of granular synth fuckery over the top of certain elements of tracks. If you listen to “Rez” there are bits of that going on really subtly in the mix. Sun Pandämonium is the one to check out; its a complete head fuck. His gallery installs are always really interesting because they remind me of the final scene in 2001 in the white hotel room. I organized a rave at the Glasgow School of Art a few years ago with him performing a four-speaker piece with lasers from Jack Wrigley. It was quite an extreme Saturday night entertainment for some of the students. I think Florian has taught me just to really go for it when performing and not care too much about negative crowd reactions. 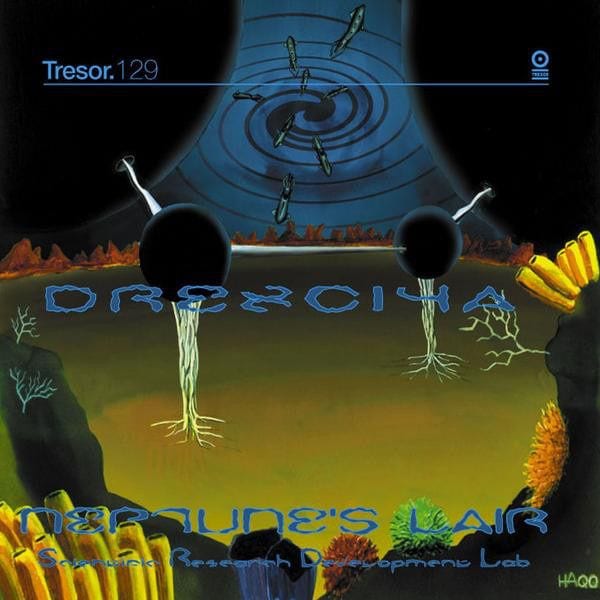 Apart from their musical being completely brilliant, the thing that attracts me to Drexciya is the mythos that they created around the music. It’s such an in-depth world with characters and story that you get sucked into much like a comic book. With my music, I wanted to create an alternative digital reality that developed over time with each release. It’s very much like a hallucination that I wanted to have shapes and colors inspired by the music.

Konx-om-Pax is one Tom Scholefield in real life, and beyond being an endlessly inventive electronic producer, he is also an accomplished animator, director, and illustrator. That strong visual sense is present in all of Konx-om-Pax‘s music as he creates aural scenes with lots of varied textures and different approaches from song to song. Nothing ever sounds formulaic as he paints pictures in sound. It brings to mind expressionist artist Wassily Kandinsky‘s approach of painting music he would hear in his head on a blank canvas. Scholefield just flips that concept on its head.

That combination of musical and artistic talent is a killer combination for a composer and producer with the vast amount of tools available to the modern electronic artist. It’s now possible to create soundscapes in the most immersive and cinematic ways, and this is something Konx-om-Pax has mastered.

Konx-om-Pax’s latest album,
Ways of Seeing, releases today via Planet Mu. To celebrate, Scholefield is sharing the visual inspirations for his new record in his own words.