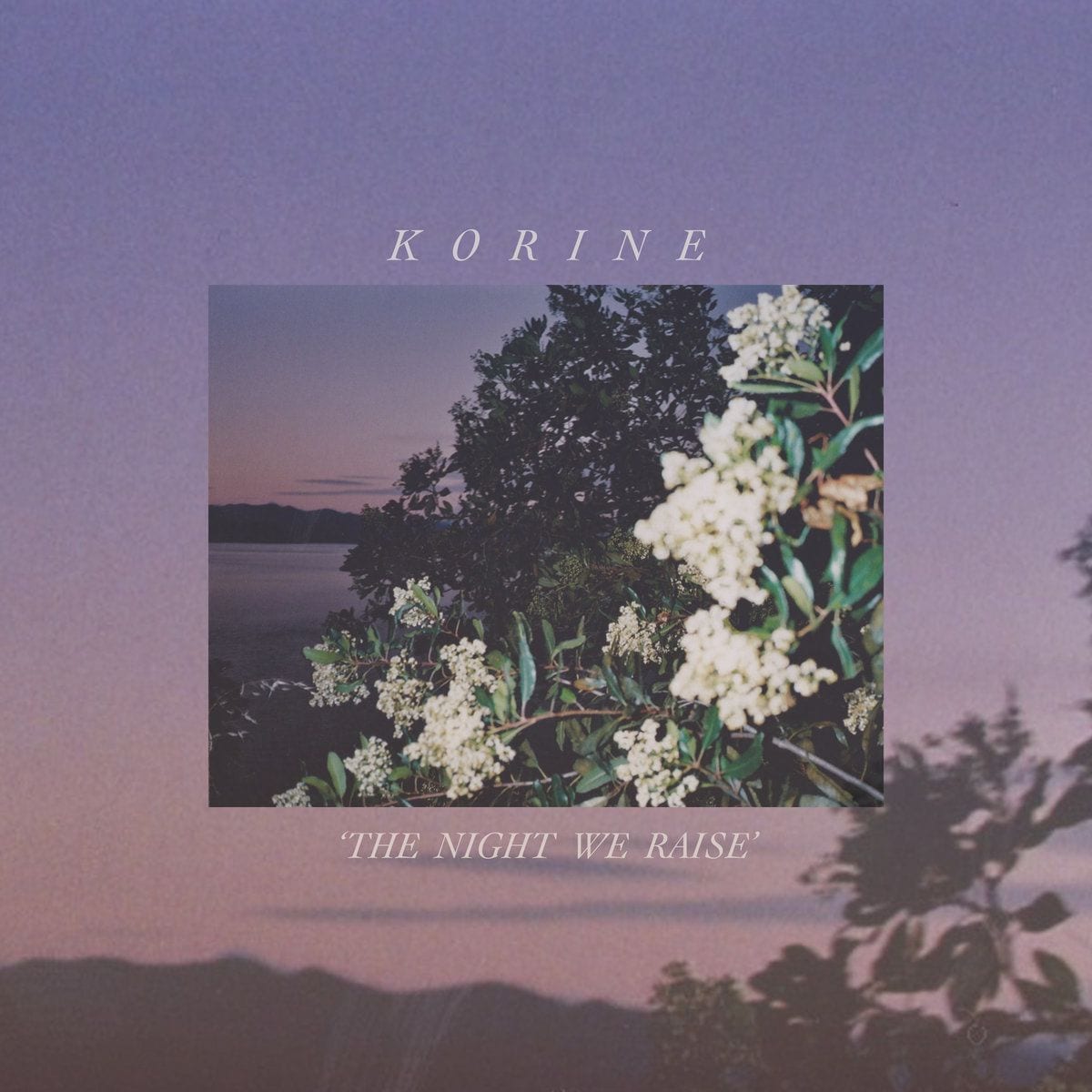 Synthpop that harkens back to the innocence of the 1980s is in great abundance these days. While instrumentalists like Com Truise and Paul Haslinger effectively mine the lush musical landscapes of a bygone era, singer-songwriters like Kip Berman of the Pains of Being Pure at Heart and Canadian wunderkind Boniface fuse music and lyrics that sound right at home in that neon-flooded period, but with songwriting that doesn’t sound hokey or overly nostalgic.

It’s a tough trick to pull off. Philadelphia-based duo Korine (Morgy Ramone and Trey Frye) are yet another band that do it right. Their second album, The Night We Raise (following up 2018 debut, New Arrangements) is lush and layered, with an emotional depth that allows it to rise above shallow nostalgia. Kicking off with the dancefloor strut of “For Sure”, overlapping synth lines and drum machines wrap around lyrics about a seductive yet toxic relationship. “I’ll be the night / This love for sure / I don’t think I can fucking take anymore.” The single “Fate” brings an even deeper sense of urgency as intense beats march on, and Ramone’s lyrics are a direct, unvarnished ode to an inevitable love. “I just can’t explain / How I knew you were the one,” he sings. “It’s your eyes and fate / Dancing in a setting sun.”

Ramone and Frye, who met in 2015 when they were both working “at a mutually loathed café in West Philly”, seem to click artistically despite their different backgrounds – Ramone came to Philadelphia from Brooklyn, while Frye was raised in West Virginia. Their love of synthpop and the skill at which they craft songs from this genre is evident, and while the worst thing you could say about The Night We Raise is that the songs tend to stick to a singular format, their commitment to the genre is admirably consistent. As on the previous album, they know their wheelhouse and stay well inside of it.

While there are moments on The Night We Raise where it sounds like the duo veer away from the pull of dance-pop, it’s always merely a brief diversion. “When We’re One” begins with a lightly treated guitar figure before keyboards, and synthetic percussion come crashing down. “Nothing Here” briefly flirts with some ambient keyboard textures until the dancefloor strobes kick in. If you’re looking for a good half-hour of danceable synthpop without barely an ounce of fat, you’ve come to the right place; you can dance to every single song on The Night We Raise. There are no contemplative ballads, no cool-down instrumental interludes.

Near the end of the album, the insistent thump of one of the album’s strongest tracks, “The Last”, masks the deep sadness of a breakup. “Many nights I knew your touch, and we feel the same,” Ramone sings. “All is lost without you, and I conceal the shame.” With The Night We Raise, Korine beautifully and artfully accomplishes two things exceptionally well: chronicling difficult affairs of the heart and allowing listeners to dance their cares away.