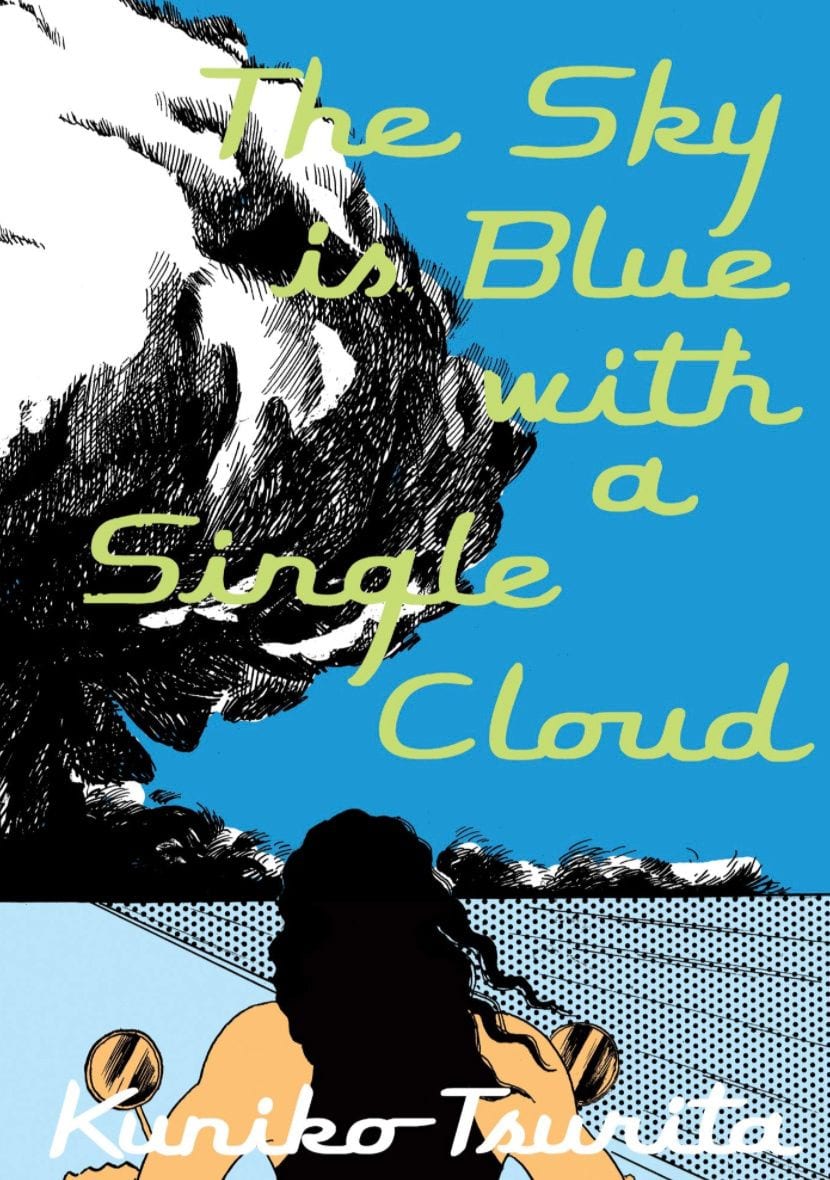 Concomitant with the explosive global popularity of manga and its permeating global markets and languages, have been efforts to plumb the genre’s archives for forgotten or under-recognized talent. Needless to say, this includes women artists, particularly from the genre’s early years before women came to dominate the field as they do today (as both producers and consumers).

Drawn & Quarterly’s publication of a collection by pioneering female manga producer Kuniko Tsurita – the first authorized collection of her work to appear in English – is an important part of this process. Tsurita’s importance lies not only in having been one of the early women manga producers, but also in the fact that her avant-garde and experimental work challenged both social and artistic conventions, and retains a tremendously provocative power for readers today.

Tsurita, born in Japan in 1947, grew up in the aftermath of World War II and the early years of manga’s tenacious spread. Despite the male-dominated nature of early manga magazines, she devoted herself to the craft and was already submitting work to contests and magazines before the age of 15. She and a friend skipped their high school graduation ceremony to catch a train to Tokyo, both determined to make it as manga artists in the big city.

Tsurita’s big break came with the founding of Garo, a now iconic alternative manga magazine, and in which she would publish most of her life’s work.

Although other women artists were beginning to break into the deeply sexist and male-dominated field of manga – and Tsurita was not the first – what distinguished her was her bold and experimental style, which ignored the more popular (and marketable) conventions of manga produced by and aimed at women. “Garo may have hosted embarrassingly few female cartoonists in its early years…but in Tsurita it supported the most unconventional and least fixable in terms of gendered styles in perhaps all of manga publishing at the time and for many years subsequently,” write comics critics Ryan Holmberg and Mitsuhiro Asakawa in an essay included in the collection.

Tsurita was among the early ‘intellectual’ manga artists, integrating concepts drawn from high literature and philosophy into their manga in both content and style. Unlike many of her colleagues, who privately derided the lofty intellectualism they injected into their work, Tsurita seems to have taken it more seriously, drawing on influences as varied as the Marquis de Sade, Lovecraft, Nietzsche, Russian anarchism, Christian eschatology, Audrey Beardsley, and more.

One of the most compelling aspects of her work is the way she combined an interest in progressive politics with an unblinkered feminism. Much of her work evokes the ambiance of countercultural protest movements, but there’s a critical edge to it, a deliberate irony, revealing the misogyny and hypocrisy that pervaded progressive movements then as now.

A superb example is the piece “65121320262719”. Set in the context of Japan’s turbulent student protest movement of the late 1960s and early ’70s, it follows a young woman through daily life buffeted by the sexism of radicals and establishment alike. The young male student she’s enamoured with uses her apartment for radical group meetings and sanctuary from the police following protests, as she’s relegated to doing laundry and buying groceries. His sexism is subtly portrayed, expressed in countless misogynistic micro-aggressions. She yearns for moments of real life – sharing a meal or coffee, listening to music together – but the ‘radical’ men around her scoff at her quaint desires.

In the street, policemen sternly lecture her to walk on the sidewalk when she steps out to pick up some garbage; meanwhile male radicals march in the middle of the road and smash shop windows. The establishment men who cross her path are glued to their watches, their lives dictated by the tyranny of time; while the radicals in her life scoff at the idea of making plans to spend time together, cleaving narcissistically to the tyranny of a politicized timelessness. Importantly, one sees glimpses of Tsurita’s then-innovative attention to the reality of depression and mental health; her character struggles to muster the energy to study or look for a better job but instead winds up despairing in bed with her covers wrapped around herself.

Most of Tsurita’s comics are more oblique in meaning. The straight-forwardly titled but deeply abstract “Woman” (1966) follows the life of a cavewoman in primitive times, with the only word of dialogue the name of her male partner (who leaves her for another woman). It’s difficult to follow the actions and differentiate the characters but what is unquestionably obvious is the difficulty of the woman’s life as she struggles to eke out not just a daily existence but the space for some love and affection in her life.

Tsurita was also an early experimenter when it came to depicting gender roles and sexuality in her manga; there’s a nascent queerness to her style as well. Many of the women in her manga are short-haired and androgynous, and deliberately drawn in conjunction with typically masculine objects or contexts. According to her contemporaries Tsurita echoed this look and behaviour in her own life, and many of the comments on her work from editors and readers at the time focused on her unconventional depictions of gender (especially for the sexist and gender-segregated ’60s and ’70s). One of the previously unpublished pieces in the collection, “Occupants” (1969), would likely have been the earliest depiction of a lesbian couple in manga, note Holmberg and Akihiko, had it not been rejected by her editor.

The collection does a superb job showcasing the diversity of Tsurita’s style. The beautifully poignant piece “The Sea Snake and the Big Dipper” (1980) is a fairy-tale-esque short story about a mermaid-like sea snake that emerges from the depths of the ocean to reach for the stars in the sky far above. She doesn’t attain them, and freezes to death floating in the oceanic abyss in between, cold and lonely but content at having drifted a little closer to the beckoning stars above. The piece, based on a handmade picture storybook she made for her husband years earlier, was among the last written by Tsurita, when she was already so weak and ill that other staffers had to redraw the panels to straighten her line work.

“Weak, she looked upon the stars one last time. ‘I never want to return to the black depths of the seafloor,’ she murmured…’I want to be here, closest to the stars,’ the sea snake thought…And as her consciousness faded, she felt she knew happiness.”

Tsurita was diagnosed with lupus in 1973 (at the age of 25), and died of the disease a little over a decade later, in 1985 (at the tragically young age of 37). She underwent repeated hospitalizations during this period, and her work reflects the shift in her experiences and interests during this time, away from hipster ennui and politicized commentary and toward deeper spiritual and existential themes.

The Sky Is Blue with a Single Cloud collects 18 pieces by Tsurita, spanning the entirety of her career. It also contains an outstanding biographical and critical essay written by Holmberg and Asakawa, introducing Tsurita as a person and a creator and putting her life and work in context.

Her widowed husband, Naoyuki Takahashi – originally a fan who mustered up the courage to meet her for coffee and married her a few years later — offers a brief and touching foreword to the book. He makes the astute observation that “Hers wasn’t like your regular manga. You could go back and read it over and over again. I thought, here was a person who wasn’t to be taken lightly.”

This quality – the sustained readability of Tsurita’s work, remains just as strong today. Her short works virtually demand repeat readings: initially cryptic, always compelling, inviting the reader to try again, and offering new suggestions and meanings with each read. The unrestrained avant-garde nature of her work, with its sparse use of dialogue, facilitates this, and renders most of her work just as readable and relatable today as when it was first penned half a century ago.

The Sky Is Blue with a Single Cloud is a superb and beautiful collection, one worth repeated readings for pleasure and reflection alike. The Anglophone world owes thanks to those involved in its production that English speaking audiences will finally get to encounter Tsurita’s powerfully innovative and provocative work, which resonates with meaning for manga historians and contemporary audiences alike.