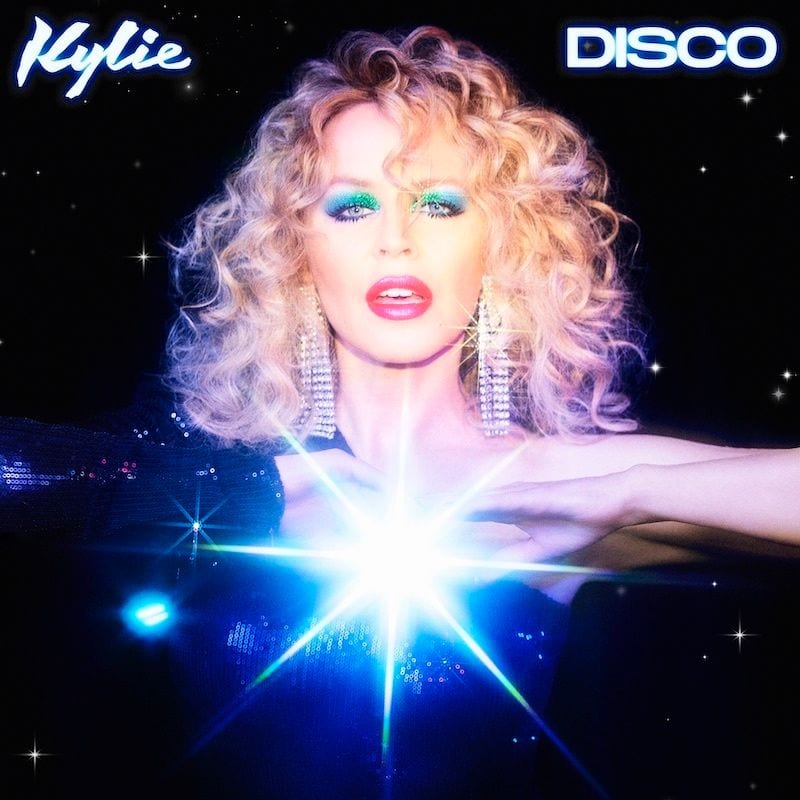 Kylie Minogue is well aware of the irony of releasing a dance-pop album called Disco during a year when going out to clubs isn’t a good idea or even a possibility. But with the release of her highly anticipated 15th studio album, following her 2018 venture with the cowgirl hat on Golden, the beloved Aussie pop queen wants us to envision disco—both her new album and the genre at large—as a state of mind. “When we were out, and you could go to a club, sometimes you shut your eyes, and it’s just you dancing, you know? Perhaps we can reverse that — you are on your own, but you shut your eyes and hear that music,” Minogue told The Cut. “We have to keep the dream alive and connect in different ways.”

Although dancing at nightclubs is not a reality right now, Disco and its fun-loving, dance-heavy production and themes have arrived at the exact right time to provide us yet another escape from a global crisis and American election turmoil. An artist like Minogue making a disco album is certainly nothing revolutionary or groundbreaking, considering she helped bring the genre to the 21st century with albums like Light Years, Fever, or Aphrodite. The difference now is that the singer has reached a stage in her life and career where appreciating the little things is more important than pushing boundaries. In the process of creating Disco, Minogue has captured the essence of what has always made her compelling: ignoring expectations and dancing the tears away. As she so eloquently begs on the same-sex love anthem “Say Something”, the album’s lead single: “‘Cause love is love, it never ends / Can we all be as one again?”

At times the record feels somewhat overproduced, with manic sounds and manipulated vocals crowding tracks like “Miss a Thing” or “Supernova”. But for the most part, Disco is perhaps the most cohesive and certainly most escapist album that Minogue has ever made. From the 1980s-influenced post-disco synths on “Real Groove”, to the glittery dancefloor setting of “Last Chance”, to the hyperbolic lyrics and production on “Magic” (easily one of the best and gayest songs in her entire discography), the singer sounds humbly comfortable with her status as a pop icon and is ready to have some pure, unabashed fun. Minogue at first described the album as “disco for grown-ups” to Entertainment Weekly, explaining that fully grown adults also need to have the time and place to blow off steam and escape from reality—especially during a year like this one.

Although the album’s escapist themes are much appreciated during a time of intense social and political upheaval, Disco surely could have afforded to go deeper at times. Not that it needed a heavy-hearted ballad or an emotionally fraught banger, but Minogue’s talent as a lyricist definitely could have been better showcased on the record. Disco‘s lyrics aren’t impassive or glib, but it’s clear that more time and attention was given to the album’s production rather than the songwriting process. One clear exception would be the standard edition closer “Celebrate You”, which refers to a protagonist named Mary. It’s someone Minogue penned as “all of us” and “anyone who’s feeling a bit down and needs to know that we’re loved or that you’re more than enough”, describing the track as one of the most direct songs she’s ever written.

Ultimately, even without the presence of deeper lyrics, Disco feels distinctly personal for Minogue, having built a career based on the influences of artists like Donna Summer. “We didn’t want the lyrics to be [too] heavy-handed, but we couldn’t help but be aware of the relevance they had,” the singer said. “There’s drive to be successful and do good things, but to reach people and connect them, it means something. I wanted more of that.” A shimmery, ethereal getaway from any which reality you choose, the album gets you dancing and forgetting, therefore achieving its purpose.