The question of what makes us human has become highly relevant to scientists and philosophers in our age of robotics and artificial intelligence. But that same question has plagued novelists for generations, only they call it the struggle to craft “lifelike characters”. To the religious or symbolically minded, all acts of creation mirror the original Creation and all novelists are somewhat playing God, even if most are polite enough not to point it out. Some novels, like Curtis White’s Lacking Character, not only draw attention to this mildly blasphemous parallel, they make a burlesque farce of the whole thing, laying waste to the conventions of the novel and the conventions of human life in general.

While White’s chaotic world defies summary, the action begins with a small Illinois town suddenly consumed by a horde of somewhat sentient Zorros, accompanying the main character (as it were) Percy, on his mission to deliver a message to the Marquis. Sent from the appropriately magical location of the Hebrides (which none of the characters can quite place on a map) by the Queen of Spells, Percy forgets his message and is not quite sure what to make of the somewhat descended state of the Marquis, who earns little respect and occupies his time playing Halo. Yet readers soon learn that Percy isn’t quite sure what to make of anything, as he’s less human than a golem fashioned by the Queen of Spells, who later admits, “Frankly, for any human purpose, he lacks character. He, like you, is more on the order of a cartoon, or a puppet, or luggage. But like many creations, Percy rebels against his mistress and sets out into a cruel and uncaring world more than ready to take advantage of whatever opportunities may arise.

Throughout, White supplies a running satire of American life, viewing the absurdities of the present through novelistic conventions from centuries past. He mixes the highfalutin language of lords and ladies with the cadences of screwball comedy and an American strip-mall landscape. On his travels, Percy is casually attacked on the road, he is forced to live with a pack of dogs and learn their language and myths, and finally becomes a kind of erotic masseur to the town. The haughty Queen is outraged and returns Percy to a happy, non-sentient state grazing on her estate, leading the author to track her down and demand his own answers.

Gradually, the author himself supplants Percy as the main “character”, as the elements of the novel start behaving rebelliously and the author must make concessions to his readers.The author claims it is his intention for his characters to “lack character”, that he prefers for them to live “not in the world, but midway in some interior distance, suspended between a mute God and the babble of the world.” But he soon capitulates to his audience, which demand fictional worlds that “remind them of family, of real places, of, God forgive them, real people. I can hear them now, those weary voices that would simply like to say that the author should try to help out now and then. “In the face of open revolt, the author begins pandering, for instance responding to demands for more trees with long, purple passages of landscape description. The walls between the fictional and the metafictional collapse entirely (an earthquake in one scene may have been caused by the author hitting tennis balls against the outside his studio) as the author begins arguing with his own creations and indulging one hilarious interruption after another (like a stirringly romantic ode to a Borsolino hat). 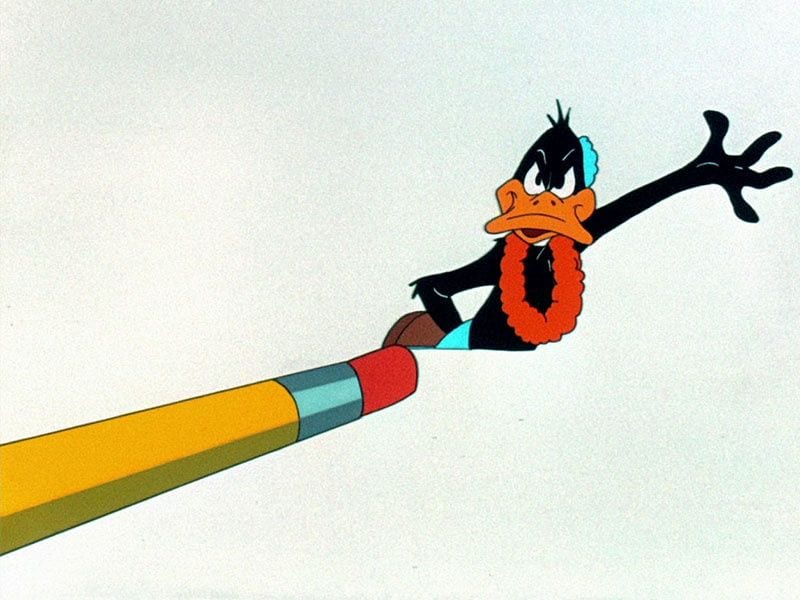 It may seem like a slight but it’s intended as high praise to note that Lacking Character‘s most apt reference point isn’t a novel but a cartoon, “Duck Amuck“, the wildest and most surreal Looney Tunes episode in which an exasperated Daffy is tormented by constant changes to setting and costumes until he revolts against his own animator’s brush (later revealed to be wielded by Bugs Bunny). Like that seminal cartoon, Lacking Character keeps the same wisecracking tone even as it chews through setting after setting, style after style, device after device.

What’s surprising is how thought-provoking this madcap energy can be, not just about novels but about our own struggles to show agency and character to the world. After Percy describes grappling with God, the author states “it’s interesting to see that even puppets can have their little anagnorises. And, in the end, admit it, who isn’t a puppet? Who isn’t in a play? It’s enough to give one hope.”