The Last Black Man in San Francisco
Joe Talbot
A24

Since the early 2000s, native San Franciscans have been displaced from the City by the Bay because of an implosive influx of tech companies and mostly white, male businessmen and entrepreneurs. The city feels almost unrecognizable to those who knew it before the tech boom (including yours truly), with minority neighborhoods and communities left culturally ravaged by the unstoppable spread of wealth that’s closed down many of San Francisco’s long-beloved institutions and pushed countless families to the outer edges of the larger Bay Area.

Childhood friends Joe Talbot and Jimmie Fails grew up in San Francisco and watched on as it went through its violent transformation, and with their debut feature, The Last Black Man in San Francisco, the pair tell a mournful, elegant, uniquely rage-less tale of the city and the gradual drain of its most culturally diverse, deeply rooted residents. Talbot directs and Fails acts as a version of himself in the lead role, which is loosely based on his life story. His character struggles to find his place in a San Francisco that doesn’t seem to have room for him anymore, though he finds hope in his close friend Montgomery (Jonathan Majors) and a Victorian house in the Fillmore district his grandfather built in the mid-20th century.

Talbot, Fails, and the rest of the film’s cast and crew premiered the film in San Francisco’s historic Castro Theater in late May, and I was able to chat with the pair the next day about what was a pandemonic, joyous homecoming the night before.

“There were so many natives in that room,” says Talbot of the theater crowd. “Danny Glover was talking to Barry Bonds. I was just like…what?! My babysitter from when I was a little kid, Rashida, who is from France, was talking to this dude I got in a fight with. It was so crazy. It felt like a very San Francisco night.”

Much like the Castro Theater that night, the film views San Francisco in a distinctly romantic light, reminiscing on the artsy, gritty energy it exuded in the last century. “We both have our eras of San Francisco’s past that we’re kind of obsessed with and romanticize,” says Fails of he and Talbot’s love for the city’s history. “It was important to us to capture that feeling of nostalgia in the movie. In a changing city, that’s what you want to capture so that people can get that nostalgia when they see the movie. Who knows what the city is going to be like in ten years?”

The change in San Francisco is taking place rapidly, to the point that it’s getting harder and harder to run into people in the city who actually grew up there, which threatens to dim memories of what the city was like in the past. Thankfully, The Last Black Man in San Francisco acts as a sort of snapshot or photo album of some of San Francisco’s bygone eras. The film takes place in present day, but Talbot thinks that with the rate of change we’re seeing, the San Francisco of today could be a distant memory in the not so distant future.

“I think [the film] has a chance to feel time-capsuled quicker than most movies,” Talbot says. “Even as we scouted locations for this movie and we would fall in love with a place, we’d come back a month later to shoot and it’d be gone. Some of the locations we shot aren’t even recognizable now, and the movie isn’t even out yet!”

For Talbot, capturing this moment of time in the city’s history in a meaningful way went far beyond simply pointing a camera at old buildings and lonesome side streets. Each shot—whether it be of the ornate interiors of Jimmie’s dream house, or of one of the city’s dramatic inclines, or of a group of young men puffing their chests on the block—feels sumptuous and sweeping and emotionally charged, which is a testament to the filmmakers’ intimate, loving connection to the city. 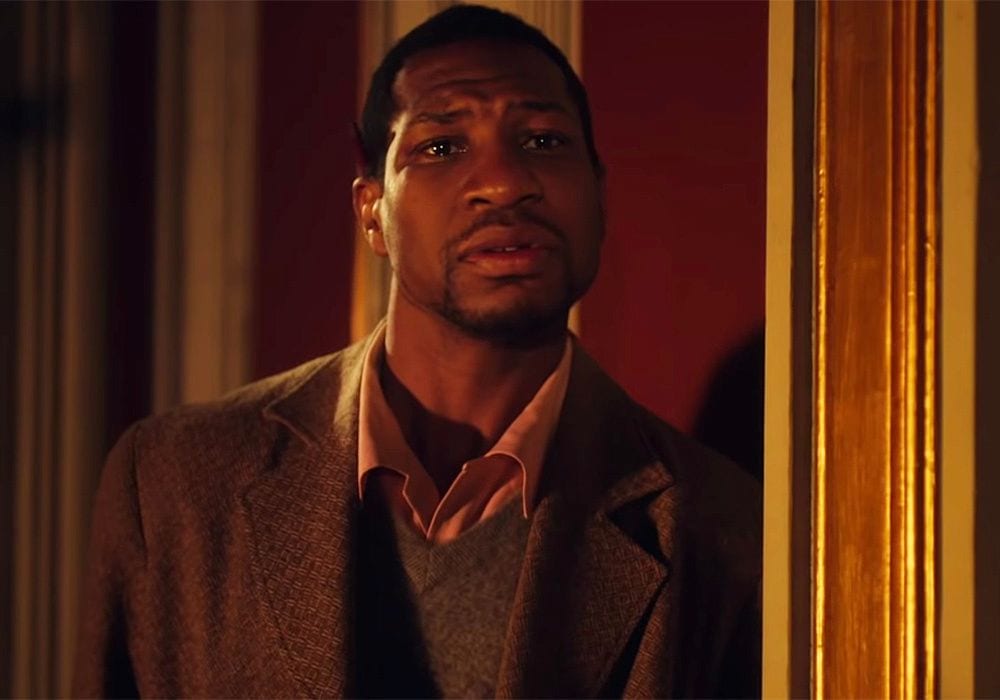 “You want to make sure, for people who are from here, that the feeling we all have when we walk around the city is captured. Things that we love about the city are there and represented so that you can feel proud and feel like the movie is representative of the love you have for the city. And for people outside of the city, you want to give them something to fall in love with if they’re not familiar with San Francisco.”

Perhaps more than any major city in the country, San Francisco is often woefully misunderstood by non-natives. Despite its tech-heavy downtown and tourist-friendly piers, the city’s got an international vibe about it, steeped in art, architecture, and vibrant Hispanic and Asian communities.

“A lot of people [who watch the film] are like, ‘I never knew San Francisco looked like that,'” says Fails. “Most people don’t have time to explore places other than Union Square when they come visit. It’s cool to give people insight into the soul of the city.”

“Soulful” is a perfect word to describe the film’s narrative, which involves mostly men wrestling with their urges to be emotionally vulnerable and the cultural pressures that hit force them to be closed off and impenetrable. It’s this toxic masculinity that has permeated, in this case, black and hip-hop culture for decades, and it’s an issue the film explores in a beautiful way.

“A lot of men feel really excited and relieved to see men being vulnerable onscreen,” says Talbot. “A lot of black men come up to us saying that they don’t get to see that often. Jimmie and Jonathan bring something to the screen that I don’t think we necessarily talked about explicitly or in-depth…it’s not something we set out to do…but it comes from these guys naturally. All guys feel like we can’t be soft and gentle. We’re afraid to be that.” 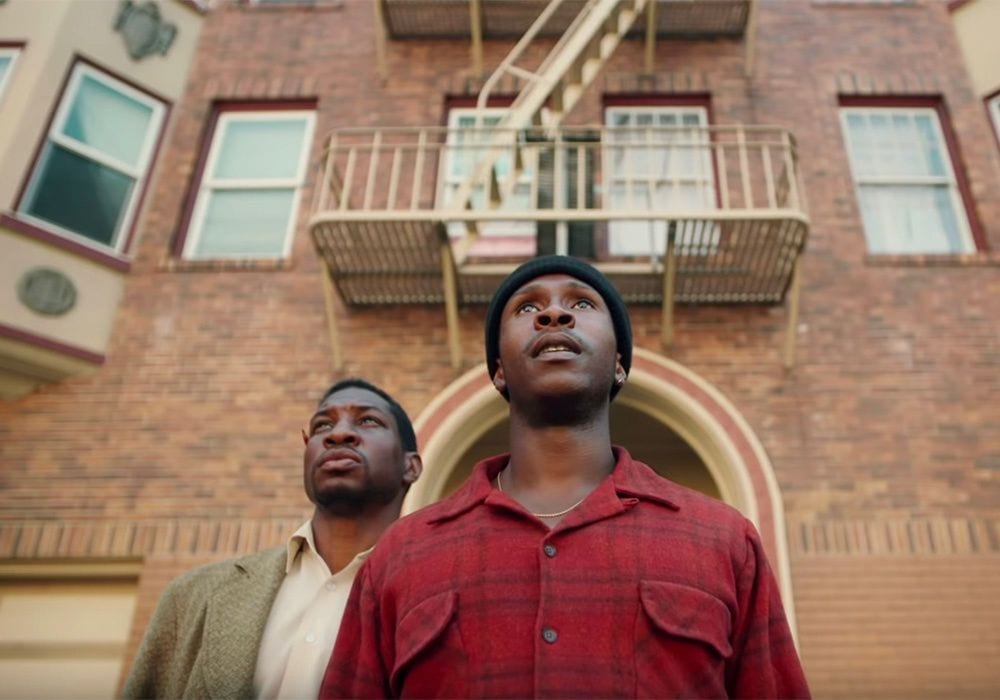 “Growing up in the inner city, growing up in the projects…it’s hard to let that side of you come out,” Fails continues. “I think it’s important for kids to see that it’s okay. Hopefully they feel that way so that we can stop the cycle of toxic masculinity. Or help slow it down, at least.”

There are several heavy themes running throughout The Last Black Man in San Francisco, but some of the most poignant moments are wordless, ethereal imagery set to a heart-achingly beautiful score. According to Talbot, he and his team worked tirelessly to ensure the music and pictures melted into each other seamlessly.

“It takes so much work to make the image and music complement each other and work together,” explains Talbot. “It literally just takes more time. There’s a back and forth. For your first film, it’s hard to justify to the money people that you need more time [to work on the imagery and music] because it’s going to have an emotional benefit. People are going to feel it in a different way. But they trusted us just enough to let me and my editor, David [Marks], and my composer, Emile [Mosseri], do this unusual process.”

“Typically, you write music with a composer,” Talbot continues. “The director gets one round of notes. Maybe two. And then, that’s it. The problem with me is, I’m obsessive, down to a note or a chord. What we did is, we had sometimes fifteen back and forth rounds where, I edit something, Emile scores it, a chord doesn’t land the right way on Jimmie’s face, so we extend the chord longer. I re-edit it to that music, but there are still things that aren’t landing, so I send it back to Emile. And back and forth and back and forth. We fought hard for that.”