When it comes to superhero partners, most everyone immediately thinks of Batman and Robin. Digging a little deeper, a casual comics fan might cite Bucky, the sidekick of Captain America. Carrying it a bit further you might hear names like Rick Jones or Jimmy Olsen. Jon Morris’ new book The League of Regrettable Sidekicks has little time for such established legends and instead brings us some of the more forgotten second-halves of superhero twosomes such as Fatman, Loco, Billy the Bumper and Super-Ann (not a typo).

For those of us not weaned exclusively on Marvel or DC Comics, a book like this is not only a great laugh but a fascinating read about some of the more obscure comic characters out there, past and present. That said, Marvel and DC both have had their fair share of sidekicks that fit this bill and Morris doesn’t forget them either.

The League of Regrettable Sidekicks is an eye-catching tome with a pseudo-worn look to it, evoking the look of some of our old dog-eared comics from the past and displaying a good looking grid of a fraction of the characters depicted in this nonfiction work. From the very opening of the book the laughs and smiles begin. Morris’s mission statement here seems to be twofold.

First, it seems clear that Morris does, indeed, want to make the reader laugh and his dry wit and sharp prose certainly is the tool for that job. Second and perhaps equally importantly, Morris wants to use that laughter to keep the reader going so as to teach them about these oft-forgotten heroes of the gridded page. Morris’ sense of humor belies the reverence with which he approaches these nifty characters from both past and present. Sure, the term “regrettable” is in the title of the book but the book itself is more of a museum of affectionate exhibition of some really interesting (if oft-comical) characters that even the staunchest comics fan may not know a whole lot about.

To this end, Morris divides his book into three units covering the Golden, Silver and Modern ages of comics. Make no mistake, Morris starts by covering obscure heroes of the ’30s and ’40s (like Captain Future, the Lone Warrior and Doll Man) but carries his research and reporting all the way to the present, covering sidekicks to the likes of Black Panther, the Martian Manhunter and Judge Dredd.

Many of these characters are proven to be a reflection of their times not only culturally but in terms of the evolution of the genre. Case in point, a mostly forgotten duo consisted of two underwater adventurers Barry Kuda and his sidekick Algie. While similar characters of the era like Sub-Mariner and Aquaman remain popular today and have rich backgrounds, Barry Kuda and Algie (debuting in 1941) seemed to have simply lucked out and found a strange part of the ocean where people can breathe underwater. Convenient. By the same token, talking animal sidekicks like Norge Benson’s Frosting (a punning polar bear) or Supergirl’s Comet the Super-Horse (explanation not needed) may seem ridiculous today but were part of the trends of those earlier comic eras.

Taking that token and flipping it might lead you to Cheeks the Toy Wonder, “silent partner” to DC Comics’ sarcastic Ambush Bug. In that Ambush Bug exists almost solely to poke fun at his own genre, so does Cheeks exist to invert the capable kid sidekick trope, proving himself to be completely useless. If Cheeks’ inclusion isn’t proof enough that Morris leaves no stone unturned, please see Jaxxon, the rabbit rogue sidekick to Han Solo in Marvel’s Star Wars comic from the ’70s. Jaxxon doesn’t serve so much as the representative of a trend in comics (even of his own era) so much as he serves as proof that the writers and artists of the Star Wars comics had run out of characters and stories to tell after their adaptation of the first film and were throwing anything they could against the wall to see what would stick until The Empire Strikes Back.

Morris’ research is thorough as it is interesting and fun to read as it is well-presented. Each “regrettable” entry includes a splash page of either a cover featuring the character in question or, if more appropriate, a page of his or her adventures. The character’s name is followed by a (usually unintentionally hilarious) quote from the character and each margin identifies the creators (where possible), issue of first appearance and to whom each sidekick was partnered (along with their copyrights). The last entry in every margin is a joke identification, usually at the character’s expense. For example, the aforementioned Algie has his vulnerabilities there listed as “Liquid chlorine” and “a firm and vigorous brushing”. 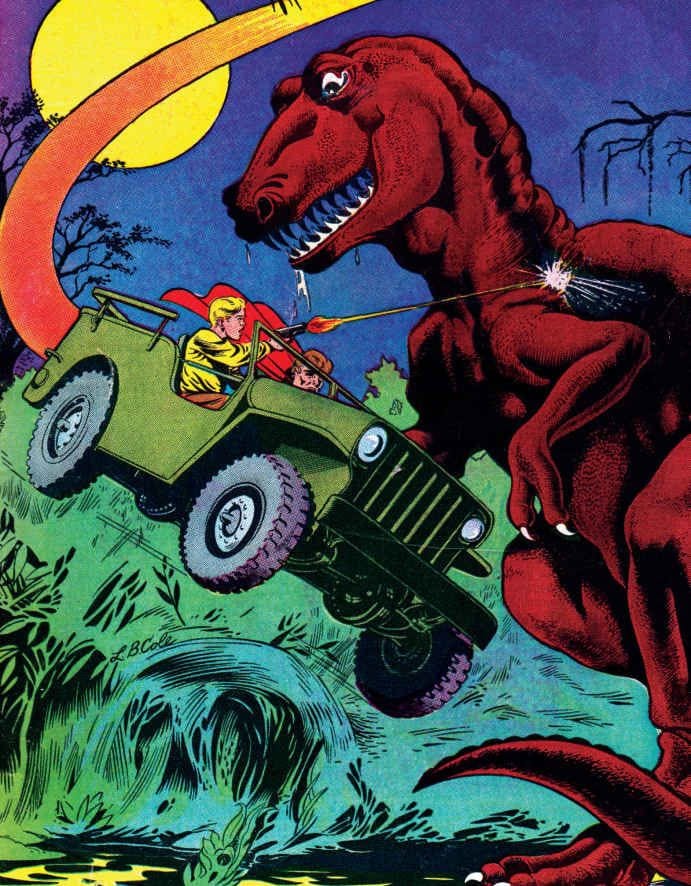 Each character then is given a full essay covering their histories in that funny but fond manner that Morris has proven so adept at. These essays usually include some interesting identification of the main characters to whom each sidekick is linked and then some gentle ribbing about the sidekick (or sidekick team), how they came to be associated with the main hero or villain and a few comments about what makes each sidekick regrettable.

Admittedly there surely were some entries that must have been difficult to fill out to a full page either due to the high quality of the character (which makes for a less humorous read) or the dullness of the character (which makes for… not much to write about), yet each entry manages to keep the interest going and the pages turning. On the flip side, Morris sometimes has difficulty keeping things simple due to a character’s bizarre peculiarities necessitating more than one page. For example, Blargo the Lawless, erstwhile enemy, turned admirer, turned sidekick of the space-borne heroine Futura goes on for no less than four full pages (including pictures) and is worth every second to laugh at.

Nor is every character quite as obscure as some of these are (apologies to the uncountable legions of Futura fans). Often a well-respected and/ or long-lived character will receive his own two pager outlining that hero’s multiple sidekicks throughout the years. Captain Marvel, Richie Rich, Superman and Captain America all receive a “The Many Sidekicks Of…” entry. Sure, few of these characters are obscure, but Morris includes a good deal of information on each of these sidekicks to enrich the reading of even hardcore comics’ fans. Captain Marvel (central character of the upcoming Shazam movie) is more than influential and noteworthy but Morris’ reporting makes one wonder just how crazy characters like Tawky Tawny (a living stuffed tiger toy) or Hoppy the Marvel Bunny (an inexplicable lupine version of the hero) ever worked on the page, as lovable as they all are.

Nor would these collective mentions be the only appearance of these characters. When “regrettable” enough to warrant their own entry they get what’s coming to them. Case in point, Captain Marvel’s “Lieutenant Marvels” are three otherwise non-powered kids who happen to have the same name of their hero’s secret identity (Billy Batson) and can therefore (inexplicably) share his powers. As bizarre as that may seem, their names go the extra mile with the hillbilly Billy going by the name “Hill Marvel”, the tallest of the group receiving the moniker “Tall Marvel” and the unfortunate overweight member of the group being saddled with the name “Fat Marvel”. 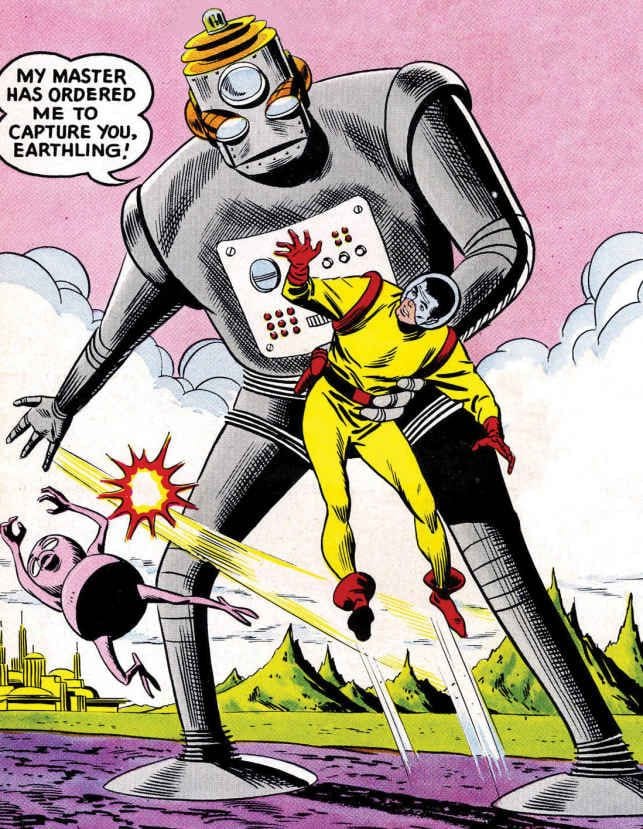 Taking that a weird step farther is “Superman Jr.” (no, not “Superboy” or even “Jimmy Olsen”), the very temporary kid sidekick to Superman. Likewise over at Marvel Comics there was “D-Man”, a late-’80s addition to Captain America’s backup team who has no superpowers but does have a costume consisting of Daredevil’s old leotard with Wolverine’s new mask. Sure Morris is right to call the erstwhile Demolition Man “D-Rivative” but even Morris has a hard time denying the guy’s charm.

One may only be tempted to read the entries of the heroes they are familiar with. This would be a shame as some of the least-known characters receive some of the most interesting (and funniest) entries. “Goody Rickles” is the sidekick of another sidekick, Jimmy Olsen and is, in fact, Jack Kirby’s (permitted) reinvention of insult comic Don Rickles as a superhero. On the flip side is Super-Hip, guitar-wielding sidekick to the comic book version of Bob Hope. Seriously.

Morris seems to have even more fun writing about some of the less known but most bizarre representatives of this regrettable bunch. That is not to say that entries about Rick Jones (who has temporarily been the sidekick to just about every Marvel hero in history) or Frobisher (penguin sidekick to Doctor Who‘s The Doctor) aren’t worthwhile. They are very entertaining. But essays about Jackdaw (sidekick to Captain Britain), The T-Force (sidekicks to none other than Mr. T) and the Raven (whose article goes on for another four pages explaining how the hell this bird-costumed hero ended up teamed with the not-so-remembered “Spider Widow”) give a thorough and educational background that goes beyond the first names that spring to mind.

Unlike many comic book history tomes that run multiple volumes and prove to be encyclopedic tomes of the genre’s history that would interest only to the hardcore comics fan, Morris’ The League of Regrettable Sidekicks has a much more universal appeal with his humor and the inherent absurdity of many of these characters. Even non-comics fans could have a great time flipping through this reference and laughing with a friend… or a sidekick for that matter. 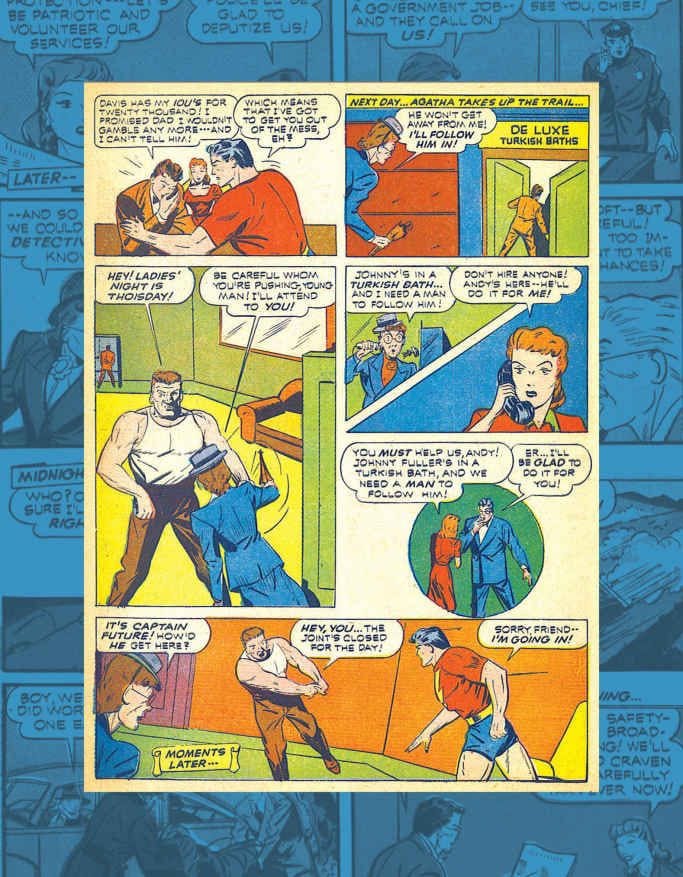 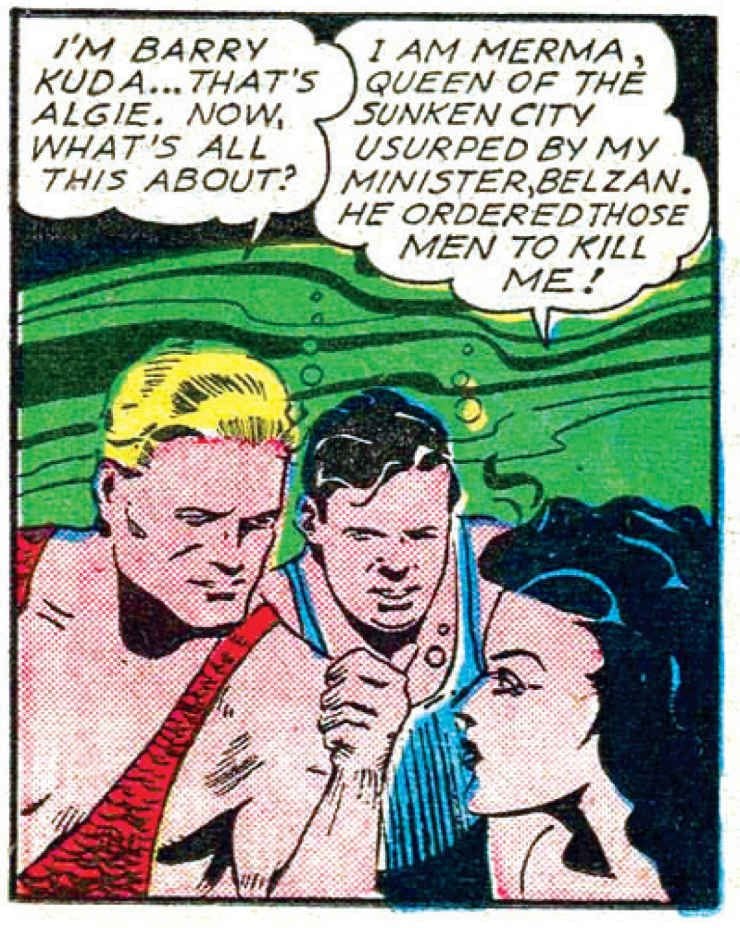