Most films, whether or not they claim an outsized ambition, don’t deserve a runtime longer than 120 minutes simply because too much action easily leads to a case of diminishing returns. Lee Chang-dong’s Burning (Beoning) is the rare film that warrants such excess; its languorous passivity takes time to fester, all up to a point of inevitable climax when, seemingly out of pure necessity, a final action is taken that brings all parties the long-overdue gift of change.

There’s something slightly alien about the film, too, which is expected, given its source material — a short story called “Barn Burning” by the Japanese novelist Haruki Murakami. In it is a tale of modern-day South Korea, but mostly a depiction of rural and suburban life that innately challenges both the hustle of late capitalism and the supposed duty of art to entertain. It’s certainly not a thriller in the typical mode of chugging action and gun-toting machismo, but rather a haunting portrayal of inner turmoil, boiling over eventually into violence.

Jong-soo (Yoo Ah-in) is a recognizable figure to anyone familiar with Murakami’s work, but such a distinction doesn’t make him any less of an enigma. Open-faced but emotionally closed off, Jong-soo is a recent college graduate who lives on a farm outside Paju, a city near the North Korean border. He maintains the farm alone because his father, a revolutionary, was recently arrested for numerous violent outbursts against the government. (None of that is seen here, and his father’s presence is only felt in the photographs around the house, which Jong-soo stares at with what we might assume is longing.)

Burning begins as Jong-soo meets a woman named Hae-mi (Jeon Jong-seo) in the city. She’s selling tickets to a raffle by dancing while scantily clad and talking to passersby, and she tells Jong-soo that they were neighbors in their youth but that he used to ignore her. He doesn’t seem to remember her, but regardless, he agrees to tag along for dinner. At dinner, she shows him a trick where she peels an imaginary tangerine — the trick, she says, is not to pretend that the tangerine is there, but to try and forget that it’s not there — and afterwards they go back to her apartment and have sex. The scene isn’t unromantic, but Jong-soo himself is completely passive, only responding to her questions with vague, dispassionate answers. Hae-mi takes the lead instead, monologuing about her own life and her upcoming trip to Africa. The next day, she leaves him behind to take care of her cat which, like the tangerine, may or may not actually be there.

In Hae-mi’s absence, Jong-soo’s life is back to its normal slog, save for the times when he goes to Hae-mi’s apartment to feed the unseen cat and masturbate while looking at the tower outside her window. He wants to be a writer, but even that possibility is met with inaction because he doesn’t know what to write about (his therapist suggests that he write about his father, but, by way of contemptuous laughter, he also suggests that he shouldn’t bother trying to be a writer at all). It turns out that Hae-mi’s return is the catalyst for his fiction, but not for the simple reason we might think.

Upon return, Hae-mi greets Jong-soo with another man named Ben (Steven Yeun) in tow. Ben is rich, handsome and composed, but perhaps most noteworthy is his affectless manner. He’s affable and welcoming, but exudes an air of cold mystery (Jong-soo later compares him to Jay Gatsby). The situation is strange but matter-of-fact — although it might be convenient to label Jong-soo jealous or Ben defensive, neither appear much more than slightly curious of the other, and the three proceed to hang out as a trio in the coming weeks.

This isn’t to say that there isn’t tension, or that Jong-soo is altogether happy to have another man around, but Chang-dong takes painstaking measures not to telegraph any obvious sense of male jealousy, rage or competition. In fact, it’s not even clear if Ben or Hae-mi are sleeping together, only that he appears one day and sticks around. One day, Ben invites them over to his gorgeous apartment in Seoul. Ben is only a few years older than Jong-soo, and when asked what he does for a living, he simply says: “I play.” He also tells them that he’s never cried, at least not recently, and has trouble relating to people when they do.

The revelation comes later, though, at Jong-soo’s farm. The trio smoke pot, and after Hae-mi dances topless to a mesmerizing sunset (a particularly gorgeous scene in a roundly beautiful film), Ben confesses to Jong-soo that he has a peculiar hobby of burning down abandoned greenhouses. Furthermore, he tells him that he’s already picked his next target, and that it’s very close to the farm. A few days later, Hae-mi is missing, and Jong-soo starts going on routine runs around the country, searching for the greenhouse presumedly gone up in smoke. 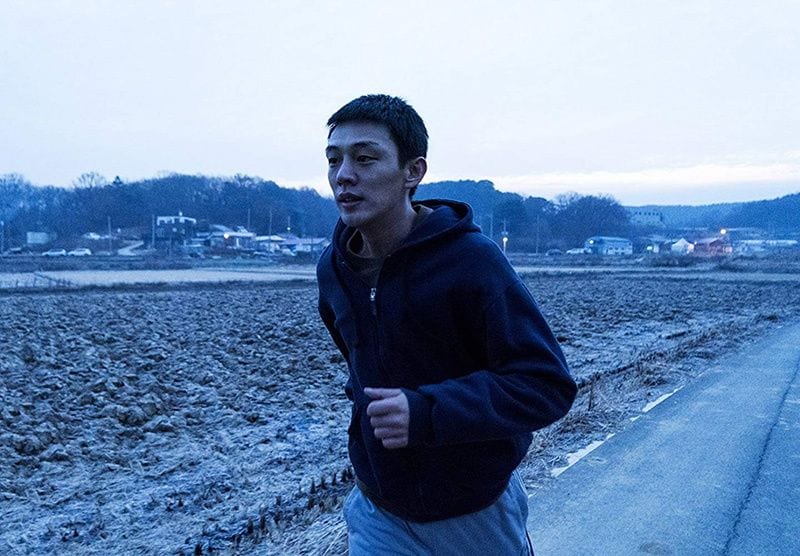 Much can be assumed in Burning, but little can be proved. Is Ben a serial killer? Is burning greenhouses just a metaphor? Is Jong-soo, otherworldly and disengaged, a reliable narrator to begin with? There are other theories: Maybe Jong-soo and Ben are simply another form of Fight Club doubling, with one who’s mild-mannered and ineffectual and another who knows just how to get exactly what he wants. Maybe it’s their meeting, and their mutual recognition as two individuals completely out of sync with the normal world, that spurns a kind of life-affirming reckoning at the film’s end. Lost in the mix, sadly, is Hae-mi who, despite a great performance from Jong-seo, is somewhat reduced to a man’s plaything. She’s the woman who gives a sad man a reason to live.

But aside from poetic imagery and a pulsating score that thrust the film onto an off-kilter plane, Burning also includes recognizable present-day details. Jong-soo’s farm, for example, is so close to the North Korean border that he can hear the country’s radio propaganda. Elsewhere on the radio, commentators discuss South Korea’s college graduate unemployment rate — a statistic Jong-soo, with his unspirited attempts at making a living, fully wallows in. And even Hae-mi, seemingly carefree, turns out to be laden with huge credit card debts.

If Burning is uninterested in offering distinct answers about its characters and their plights, it’s at least committed to exploring ennui and desperation in the abstract. Jong-soo has very little, and Ben has everything, but in each other’s presence both admit to a simmering desire for more. It’s a festering internal journey, and one that stands in contrast to the indifference of the external world. It’s a riveting film to watch. 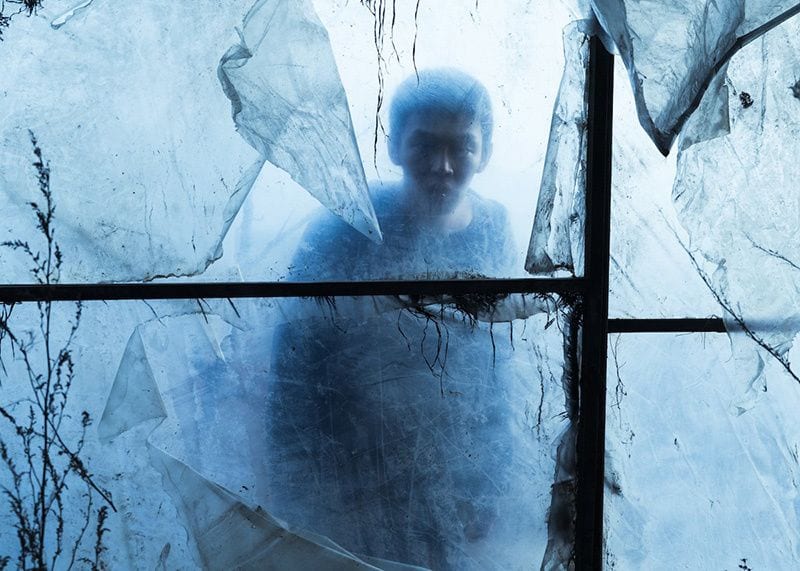