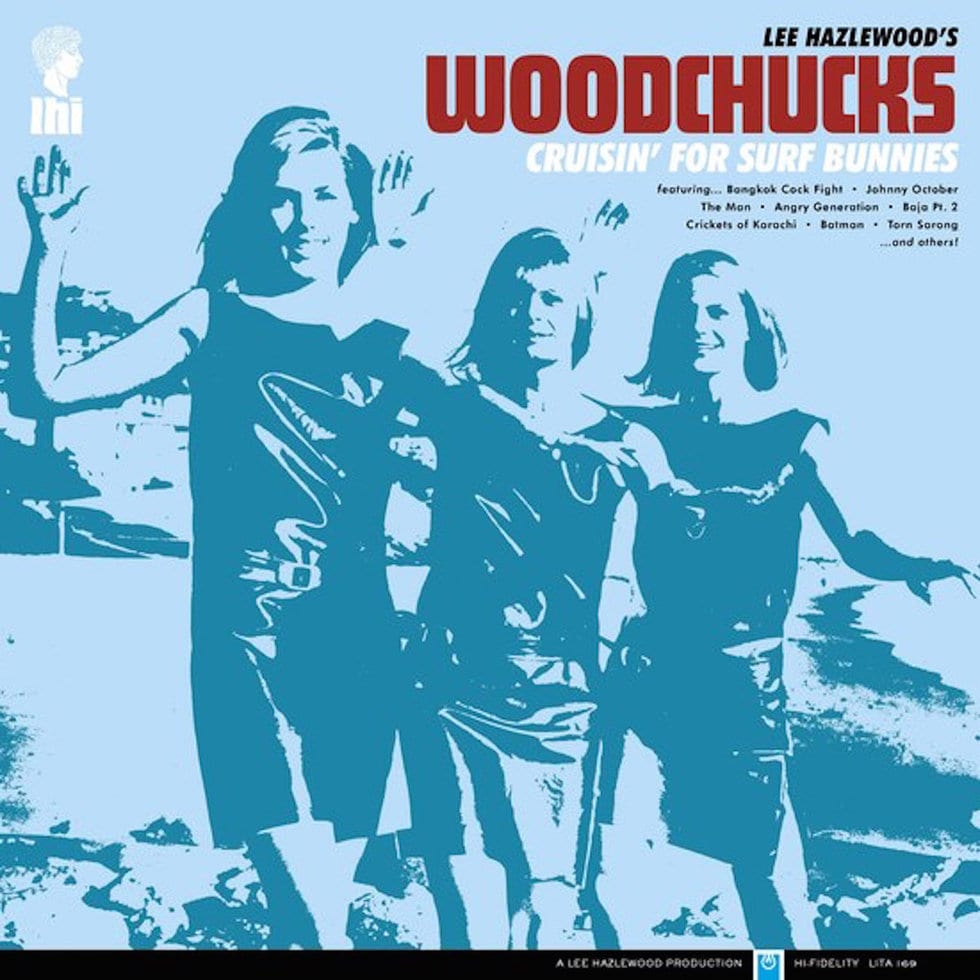 Singer/songwriter/producer Lee Hazlewood was never what you would consider a typical rock star, and most casual music fans may be unfamiliar with his name. But his contributions to rock and roll are significant and his status as a “cult artist” remains secure more than ten years after his death. With early career highlights that include frequent collaborations with Duane Eddy, Gram Parsons, and Nancy Sinatra (for whom he wrote the smash hit “These Boots Were Made for Walkin'”), Hazlewood has enjoyed the kind of status that has endeared him to rock fans who read Lester Bangs and listen to Trout Mask Replica. In other words, his influence runs deep even if he wasn’t a consistent presence on the mainstream scene.

Hazlewood laid low in semi-retirement status from the late 1970s onward, coming up for air on occasion for projects like his final solo album, Cake or Death, released less than a year before his 2007 cancer death. Intent on keeping Hazlewood’s spirit alive, the stellar reissue label Light in the Attic Records has recently reissued a great deal of his output on vinyl, CD, and download. But it wasn’t until this year that they uncovered a strange, obscure project unknown to all but serious die-hards and insiders.

In Hazlewood’s tape archives a tape marked “Woodchucks” was discovered, the pseudonym for his “fake” instrumental group (which was actually the legendary studio band known as the Wrecking Crew). The Woodchucks released two singles in the 1960s, typical instrumental surf music that was all the rage at the time.

While the recordings on the recently unearthed tape are previously unheard, the songs themselves have been covered over the years by a variety of artists (mostly of the surf genre such as Dick Dale, the Ventures, and the Trashmen). The Wrecking Crew recordings – presented here by Light in the Attic as Cruisin’ for Surf Bunnies by Lee Hazlewood’s Woodchucks – were conceived by Hazlewood as demos, but the sound quality and performances are impressive and stand up well among similar recordings from the era.

The 12 songs presented here – recorded on 26 October 1964, in Los Angeles – are pretty much your garden variety mid-’60s surf music. That’s not to say that it’s an unpleasant or dull listen. But Hazlewood wasn’t really breaking any new ground here. One gets the impression that he was capitalizing on a hugely popular musical trend by writing a handful of songs in that vein and hiring the best musicians in town to interpret them. There’s no need to overthink any of this.

With that in mind, there’s something to be said for kicking back and enjoying the simple pleasures of Crusin’ for Surf Bunnies. The opening track “Movin’” sets the scene with a mid-tempo groove and typically reverb-drenched guitar leads. Adding to the party atmosphere, “Baja, Pt. 1” includes rowdy crowd effects that sound like they were recorded at a Southern California surf contest (oddly, “Baja, Pt. 2” omits the crowd noise – perhaps the party ended early).

There is a refreshing amount of variety on the album that prevents it from falling into monotony. “Bangkok Cock Fight” is a frenetically paced tune with hyperactive guitar runs serving as the song’s backbone. Immediately following that, the band slows things down with the relaxed (yet melodically strong) “Johnny October”. On “Angry Generation”, dramatic, economically paced guitar chords slash away in an arrangement reminiscent of Link Wray’s classic “Rumble”.

While Cruisin’ for Surf Bunnies doesn’t contain a wealth of extra supplements, the liner notes by producer Hunter Lea are informative and include a present-day interview with Hazlewood friend, bandmate and collaborator Marty Cooper (who wrote “The Lonely Surfer”, popularized by Jack Nitzsche). Cooper was interviewed after he was given a copy of the Woodchucks tape and an opportunity to hear the recordings. It’s interesting to read Cooper’s reactions (he’s mostly impressed that the alleged “demos” sound “like a complete project”). He also provides a great deal of context by explaining the ins and outs of the surf music scene.

Cruisin’ for Surf Bunnies was not released by Light in the Attic simply for the sake of completists. Rather, it’s a noteworthy entry in the Hazlewood catalog in that it demonstrates a songwriter and arranger working within the parameters of a very specific genre in the middle of that genre’s apex. Surf music has a distinctive sound, and Hazlewood nails it. Kudos to Light in the Attic for another winning archive release.