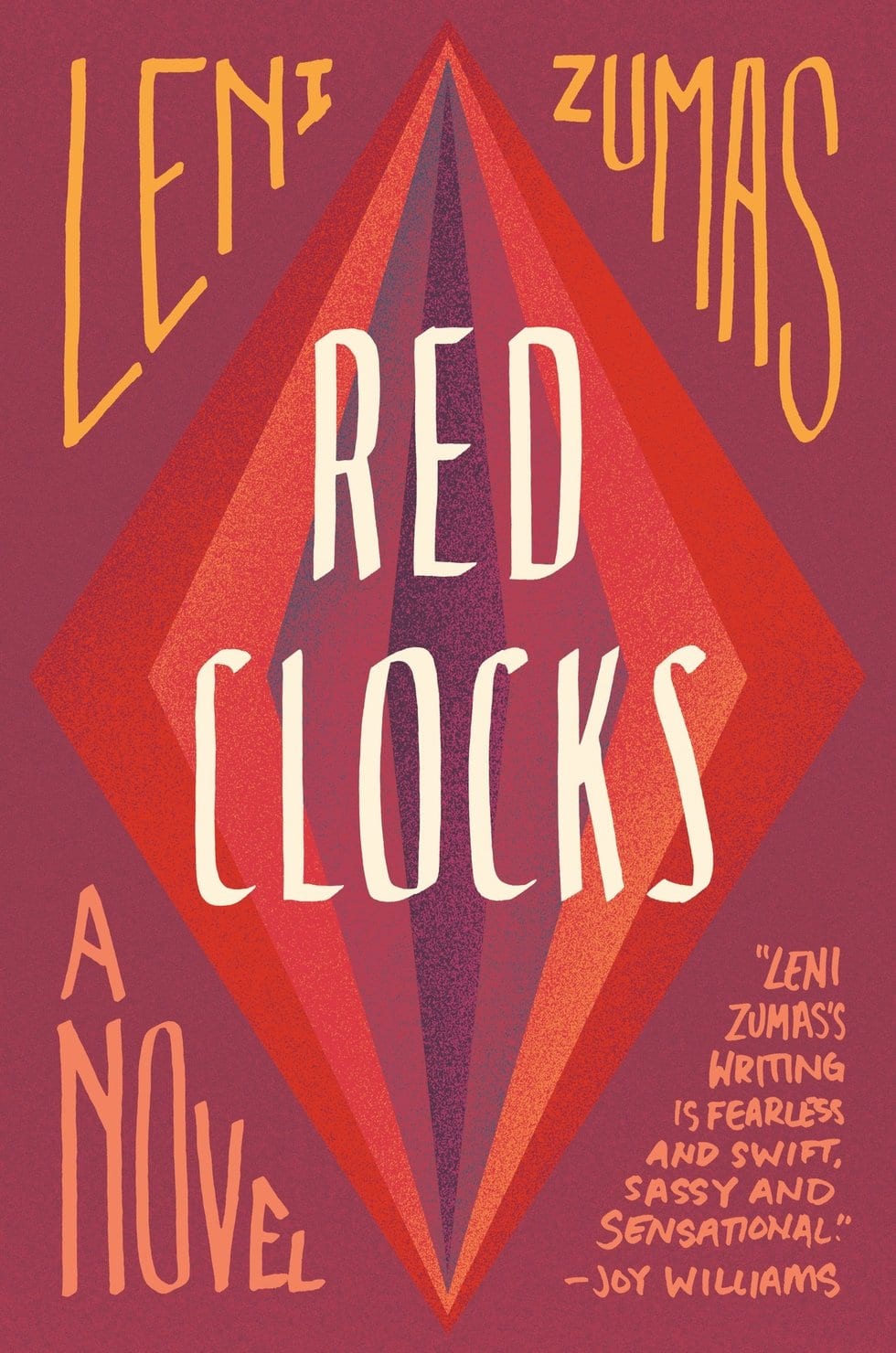 In Leni Zumas’ Red Clocks, American women have lost all corporeal agency. A reproductive dystopian novel, Zumas fictionalizes the consequences of banishing pro-choice legislation. Set in Oregon, the plot unfolds about a month prior to the enactment of the Personhood Amendment. This legislation “gives the constitutional right to life, liberty, and property to a fertilized egg at the moment of conception” (32). Abortion is illegal and providers caught administering one are charged with second-degree murder. Women found seeking abortion services face similar punishments.

Further, since embryos can’t give their consent, in vitro fertilization is also banned. By extension, adoption practices are amended by Every Child Needs Two, an act prohibiting single people from adopting. In accordance with the United States, Canada reinforces the Pink Wall, disallowing border crossers from seeking reproductive procedures anywhere in the northern country. This world is akin to a right-wing extremists’ ideal.

Zumas relies on several references to contemporary anti-abortion discourses including forcing women to hold funerals for fetuses. This is a clear reference to current Mike Pence’s attempt to pass similar legislation while Governor of Indiana. Indeed, Red Clocks serves as a conscientious parable for contemporary society. Zumas successfully reminds that access to reproductive choice does not always signal an avenue to abortions. Moreover, pregnancy management, birth and adoption rights, general healthcare, and individual agency are also anchored by legislation. The novel makes it clear that Roe v. Wade gives citizens reproductive choice while disallowing the government from dictating reproductive practices. As with any dystopian fiction, Red Clocks constructs terror by revealing the plot’s speculation is grounded in reality.

Red Clocks centralizes dissimilar reproductive justice narratives and successfully avoids essentialism. Despite considering self-induced abortion and attempting to cross the Pink Wall, 16-year-old Mattie must wait 21 weeks to access a guerrilla abortion clinic. As the novel progresses, it is revealed that Gin, who offers natural gynecologic and obstetrics practices, chose to have her child adopted. More so, Ro, a history teacher uninterested in romantic or sexual relationships, struggles with in vitro fertilization. The medications, schedules, and procedures are dehumanizing while her family’s and friend’s responses are judgmental. Ro’s IVF journey is written with clarity and humanity.

Zumas contends outlawing reproductive choice will only cause practices to go underground. Indeed, data indicates restrictive anti-abortion laws create dangerous and unregulated conditions. Yet her depiction of outlawed practices and facilities is sanitized. In societies where abortion is illegal, women who are represented in the character of Gin are the de facto providers. But the character is unbelievably consistent, reliable, fearless, and accessible. When Mattie is finally able to access an abortion, she’s connected to a clean, quiet, and safe establishment. She has the procedure then leaves the clinic without any challenges. Not troubled by cost, the threat of violence, or fear, the illegality is her only passing concern. Any trauma is erased.

In contrast, Mattie’s anxiety is alleviated and she is noticeably happier. To Zumas’ credit, Mattie is an important representation of women whose lives are improved by access to abortions. Despite this, Zumas’ depiction of guerrilla reproductive procedures is utopian rather than dystopian.

Red Clock’s fails in its narrow characterization as white, upper-middle-class, cis women are the focus. Mattie, Susan, and Ro are all variations of the same mundane and safe feminism. Intersectional representation is not considered while queer, trans, and non-binary narratives are overlooked. Likewise, any women with disabilities and their unique reproduction needs are left unexamined. Mattie, Susan, and Ro share enough social capital and privilege to the point that they can test federal regulations without fearing consequences. When Mattie is apprehended at the Pink Wall, she is sent home after light questioning.

Compare Mattie’s result to her friend Yasmine, an African-American character. Yasmine is in a youth detention center for attempting to self-induce an abortion. Readers learn her story through Mattie: Yasmine is rendered voiceless. Zumas may have intentionally included Yasmine to offset Mattie’s privilege. But dialogue on the racial disparities in reproductive justice is omitted.

Gin is non-normative yet problematic. She’s a high school drop-out who shuns western medicine. Deep in the woods, she lives in solitude, only making time for her pets and brief lesbian dalliances. She’s identified as a witch by her community. Zumas misses the opportunity to cast Gin and her witch reputation as a powerful feminist heroine. Yet Gin’s subversiveness is debilitating and her ability to heal is, if you will, criminal. She fails to value other women and uses rehashed misogynistic language to describe their bodies. Consider her description of another character’s “plump tits” (97) or a “plain old cunt wart” (44). Despite being a natural medicine practitioner, she infrequently uses technical terminology. For example, she refers to vaginas as scabbards thereby reaffirming phallocentrism. Gin is a disappointing character. Instead of dismantling patriarchal culture, she represents oppressive gender and sexual ideologies.

Susan’s and Eivør’s narratives are also incomplete. An unfulfilled and depressed woman, Susan’s character is included to demystify the joys of motherhood and heteronormativity. She consistently laments having children and longs for time alone. The character is the embodiment of Betty Friedan’s The Feminine Mystique (1963) defined with the same tired ’50s-era housewife clichés. Zumas fails to modernize her in any way.

Concurrently, Ro is writing the biography of a (fictional) 19th-century Faroese polar explorer, Eivør Mínervudottír. Mínervudottír’s story is shoehorned in to demonstrate the longevity of women’s oppression. Ro is unable to publish the exploration findings due to institutionalized sexism. Her paper is only accepted by a scientific journal when published under a man’s name. Here Zumas exhibits the durability of intellectual and corporeal oppression. The novel’s conversations on the former, however, are limited.

Considering the current US Presidential administration, the story in Red Clocks is not at all far-fetched. Hence, Red Clocks will inspire readers to continue fighting for reproductive rights. Despite missing significant feminist cues, Zumas’ novel is a helpful contribution to popular culture’s overlap with politics.