For Les Amazones d’Afrique, no bond is stronger than the solidarity of womanhood. It’s a theme that runs through both the all-woman supergroup’s musical catalog and their charitable work. Proceeds from their first-ever single went to the Panzi Foundation to benefit survivors of sexualized violence and female genital mutilation. Meanwhile, the song itself saw its members demanding equality through the symbol of the traditionally male-performed instrument of the kora.

In the new video for “Queens”, a track from new album Amazones Power that features vocalist Rokia Koné taking the lead, the group again underscores the need for women’s rights, this time speaking directly to and for their struggling West African sisters with a focus on the harsh realities many face after marriage, facing inequality from husbands, co-wives, and in-laws. The song provides an important perspective, one timely both in light of International Women’s Day and simply because it is so often excluded from global gender rights narratives.

“To me particularly,” says Niariu, the youngest and one of the newest members of Les Amazones d’Afrique on the song’s urgency, “the biggest message would be to say that there are voices that really need to be heard – and we have to make space for all women to express themselves and take part in solutions.”

Koné is an ideal voice for such a crucial message. From a musical family, her voice has a smoky strength to it honed by a lifetime of singing experience; it was nearly a decade ago that she began leading her band in Bamako. Her lyrics, meanwhile, speak out in favor of social justice, especially for women and youth in Mali. In “Queens”, she sings, assertive and sincere, over heavy synths and the melodic lilt of an electric guitar. As other members of the group back her on vocals and percussion, the sense of community is clear.

“We can’t make feminism only about gender equality in Western countries when a lot of women don’t have access to basic human rights,” Niariu continues. “If we’re not all free, then some become the oppressors while others stay oppressed.”

In their music, Les Amazones d’Afrique are doing their part to resist oppression for all women – not just those already in places of power. “Queens” sees the group at its socially engaged best, and gives its listeners another perspective on all the women of our world.

Amazones Power is out now on Real World Records. 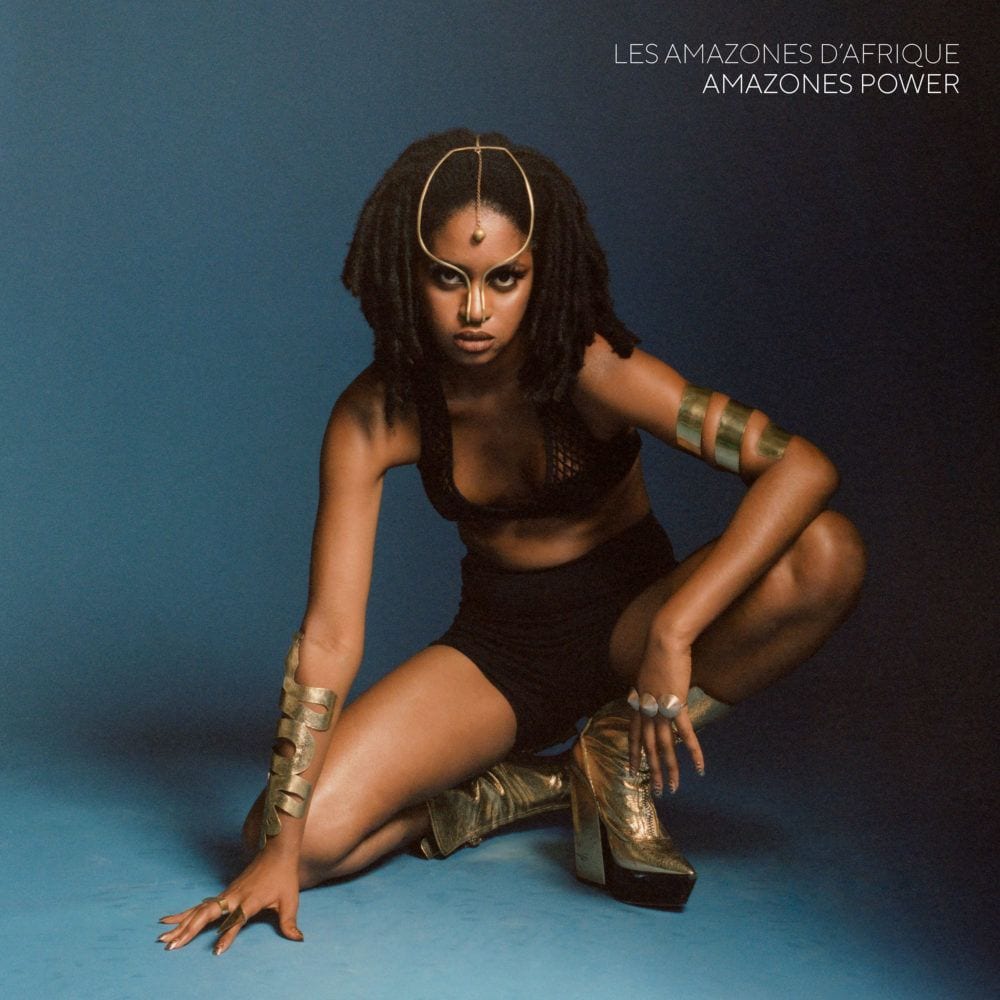