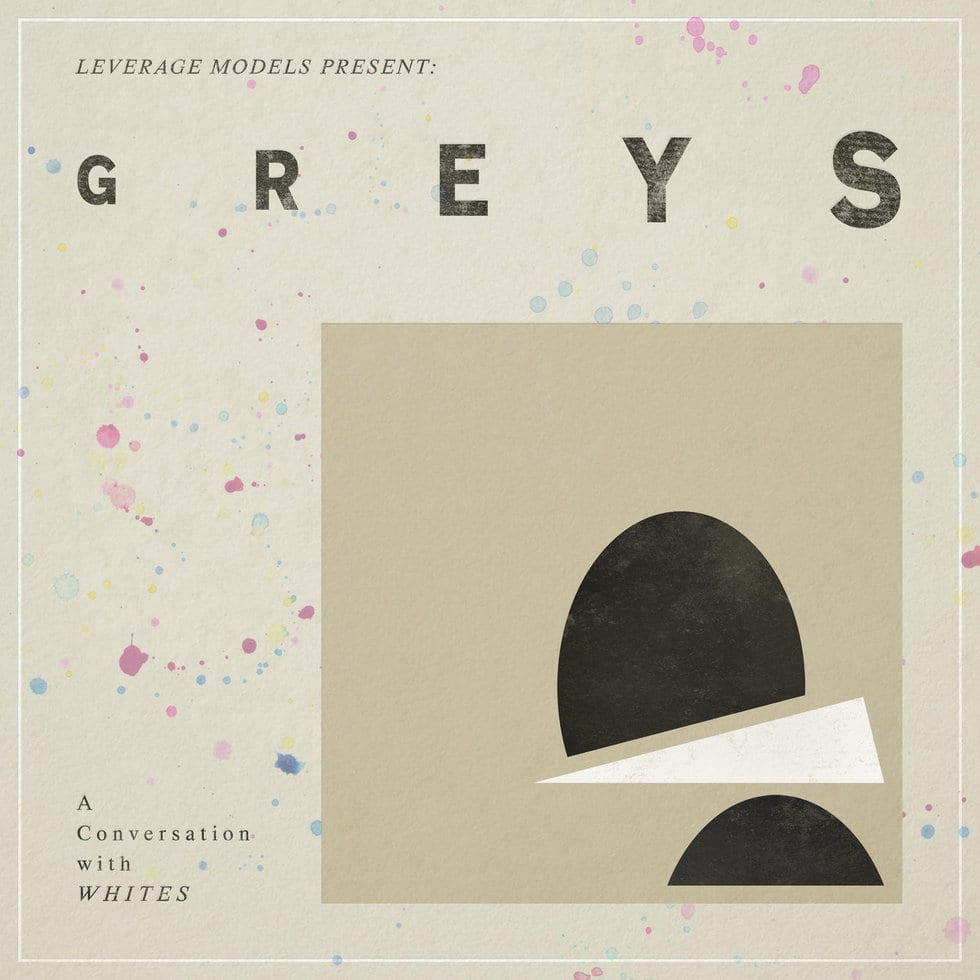 Last year, Leverage Models – the electronic ensemble led by former Stars With Fleas founder Shannon Fields – released Whites, an aggressive, energetic and off-kilter piece of arty, socially conscious synthpop. With the momentum brought on by that autumn release, Fields has embarked on a related project that is both bold and unexpected. Greys has been described by Fields as the work of “20 brilliant artists whom I respect and adore”, much of it loosely defined as being “in conversation with” Whites. It’s part tribute album, part unreleased material compilation, and 100 percent toward a good cause.

Fields has teamed up with his label, Anachronisme Records, to curate this compilation to raise donations for the Mohawk Valley Resource Center for Refugees (MVRCR), a resettlement and advocacy nonprofit based out of the area of upstate New York where Fields currently lives. One hundred percent of the profits from the sales and streams of Greys will go toward the MVRCR. The album is available on Bandcamp for a discount price of $10 for 21 tracks (although you’re free to donate more), and was released to other streaming platforms on 4 September.

The combined artists appearing on Greys have worked alongside artists such as Mr. Bungle, John Zorn, Lambchop, Cymbals Eat Guitars, the War on Drugs, and many more. It makes for an impressive and eclectic collection and one that doesn’t necessarily require familiarity with Leverage Models’ work (although that doesn’t hurt). Several of the songs are covers of Whites tracks. Some are previously unreleased tracks – both by Leverage Models in addition to other artists – and a few remixes are thrown in for good measure.

Greys kicks off in a way that is perfectly appropriate for a compilation spearheaded by Fields – with a modern sound collage blast from L.A.-based composer Booker Stardrum. His track “Bring on the Fog” features dense layers of synths, disembodied chatter, and otherworldly sonic experiments. It wafts its way into Greys like a ghost of a song, something of an alien overture. That is followed by the first of several reinterpretations of Leverage Models songs. Grant Zubritsky’s remix of “Very Small People” takes the direct urgency of the original song and gives it more of a grandiose, anthemic feel, with keyboards pushed forward in the mix.

As with all the best covers, the remakes on Greys see the artists tugging Fields’ songs out of their comfort zones into new and exciting territory. “If I Let You Stay” is covered twice. Brooklyn-based Field Guides (which features Leverage Models’ own Alena Spanger) create a lush, magical atmosphere that veers somewhere between leisurely jazz and pastoral folk. While Wendy Eisenberg‘s version is stripped down to vocals and acoustic guitar, with a lilting vibe reminiscent of Astrud Gilberto. While Quilla‘s remix of the apocalyptic-themed “A Scout’s Prayer” doesn’t stray too far from the source, Names of War – the musical moniker of Andrew Carlson – delivers a dramatic, crooning, Nick Cave-like interpretation.

“When the Money’s Gone” is also covered multiple times, and the artists involved seem hell-bent on putting their spin on what was originally conceived as a pulsing, retro dancefloor gem. Eliot Krimsky drapes his gorgeous pipes around strategically placed drum machines, experimental sonic bursts, and plenty of tasteful, creative Auto-Tuned moments. Ben Seretan, on the other hand, goes the more organic torch song route, with his falsetto accompanied by rich, thick Fender Rhodes chords (as well as a looming swell of synthesizer). These two tracks are among the more achingly beautiful moments on an already wonderful collection.

Previously unreleased compositions include the ethereal, genre-shifting “Neurologically Lost” by Trevor Dunn (Mr. Bungle, Fantomas, John Zorn), the intergalactic slow jam funk of “BUGEISHA (Director’s Cut)” by Xenia Rubinos – which uses the beats of “If I Let You Stay” as a jumping-off point – and guitarist William Tyler’s gentle, agile solo instrumental piece “She Swims in Hidden Water”. Leverage Models offer their own unreleased material as well, with “INSTRUCTIONS” – a Whites outtake – closing out Greys on a playful, upbeat note with gleaming synths and squalls of guitar leads that Fields describes in the liner notes as “a bonus track. I hope it makes you smile.”

All 21 tracks on Greys serve multiple purposes as they serve as something of a sampler of fresh, unique artists, as well as pay tribute – directly or indirectly – to Leverage Models and the singular art they create. But the overarching goal of this beautiful, arresting collection is to draw attention to a cause that is more urgent than ever in this age of rampant xenophobia and children in cages.