Smart, sharp and tightly-wound, My Name Is Julia Ross (1945) bridges the film-noir with the Had-I-But-Known mystery, a genre normally the preserve of such mystery writers like Mary Roberts Rinehart and Phyllis A. Whitney. Clocking in at just a few minutes over an hour, My Name Is Julia Ross is compact in design but burns feverishly toward its finish.

Director Joseph H. Lewis’ film was based on a little-known 1943 novel by Anthony Gilbert, pen name for Lucy Beatrice Malleson, The Woman in Red, and lifts the bookish qualities of the narrative (closed living quarters, stuffy characters) to the much more cinematic realms of panoramic vistas. It is at turns emotive and comical dramaturgy, which makes the film a pleasure to watch.

The story begins with Julia Ross (Nina Foch), a single woman jilted by a past love, who is down on her luck in procuring a job. After a fruitless day-long job search, she retires to her apartment (from which she’s about to be evicted) and discovers an ad in the newspaper for a live-in secretary to a wealthy family. Seeing her first real opportunity, Julia heads over to her employment agency to set up the interview. In no time at all has she secured the position and soon Julia moves into the well-to-do Hughes estate.

But things take a drastic turn when Julia wakes up the next morning in a room and in clothing she does not recognize. Moreover, the occupants of the house, Mrs. Hughes (Dame May Whitty), her son Ralph (George Macready) and the naïve housekeeper (Queenie Leonard), insist on calling her by a different name altogether: Marion. Julia also discovers her possessions are missing. 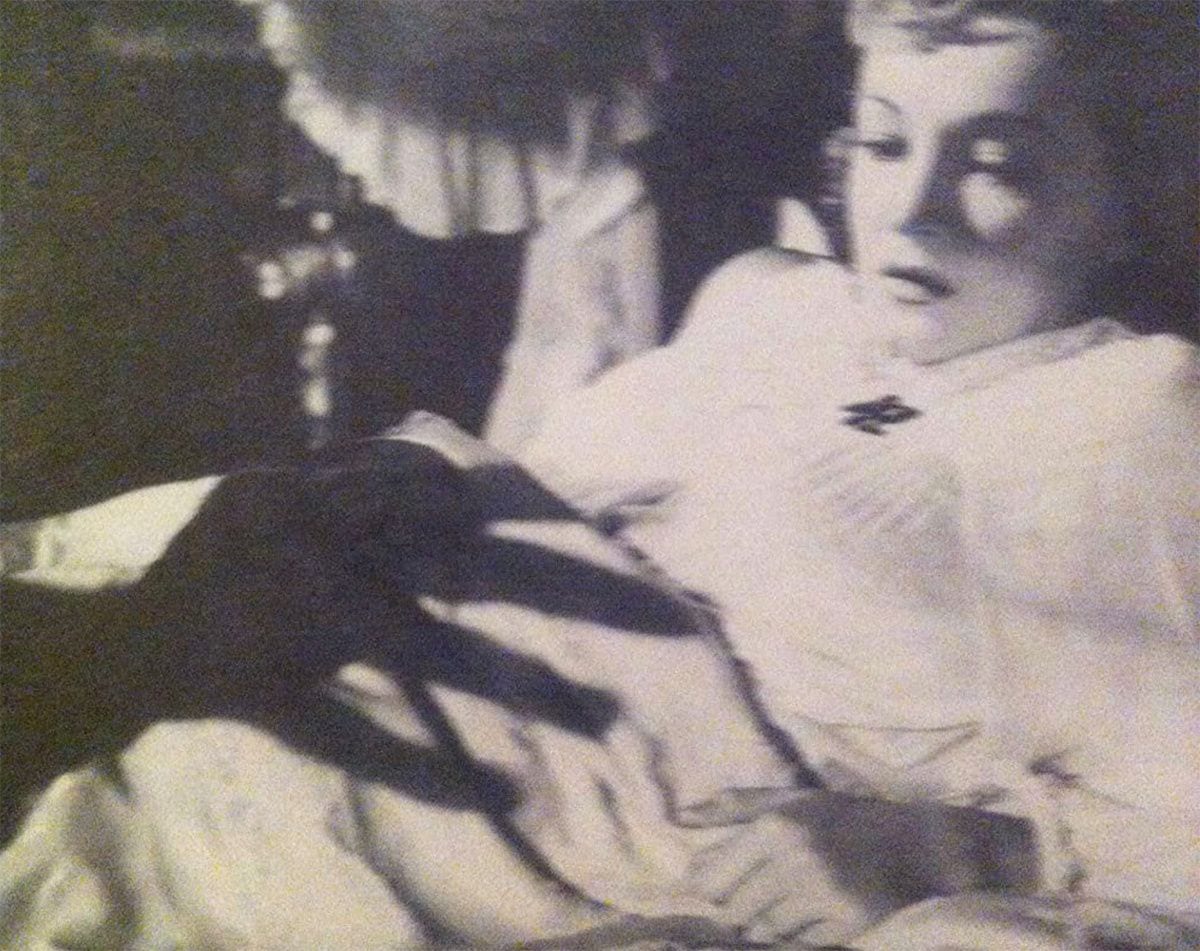 Her attempts to escape, which include sending notes for help surreptitiously and trying to secretly hitch a ride off the estate, are thwarted by the Hughes. The young woman’s only hope in escaping with her life is in figuring out who Marion, whom everyone wishes her to pretend to be, really was. Meanwhile, Dennis (Roland Varno), a curious love interest of Julia’s who lives in the same apartment building she moved out of, has become suspicious of her whereabouts and is hot on her trail.

In 1945, this particular contraption of a woman-in-jeopardy plot may have seemed novel. Today, it is old hat. But director Lewis keeps things fresh in his pacing and the way in which the story is judiciously laid out. Nothing drags here and no characters stretch a scene beyond its tolerable welcome.

As well, for all its regal varnish and royal trappings, the Hughes estate manages to evince a certain creepiness, effective for its lack of obvious gothic furnishing, which only serves to heighten the eeriness of the Hughes’ suspicious behaviour. Though the film is in black and white, it still manages a skillful definition of night time moodiness and daylight spryness, which helps to further obfuscate any obvious implications of terror.

Performances all round are naturalistic and avoid, for the most part, high-handed theatrics. Where there normally would have been the affected readings in a ’40s drama, the turns by the respective actors are delivered with sincere measure and bring the action and dialogue to an even realism.

Foch makes a likable heroine; smart, distressed and still composed, she earns the viewer’s sympathy, particularly in her muddled attempts to escape (which are funny, intentional or not). As villains, Whitty and Macready downplay a lot of the excess menace and go for a more po-faced construal of their characters; a nice demarcation from the usual caricatures of evil.

The overall look is economical (though still beautiful) and serves mainly to frame the action; no fancy footing of visuals that take away from the story, and no aesthetic additions needed as the minimal narrative doesn’t call for any extra bells and whistles. My Name Is Julia Ross is fast, direct, and easy fun. It never tests the viewer’s patience with unnecessary trills. The only drawback is the rather soft ending, which lays down gently the conclusion when it should shatter in a satisfying release from the film’s slow-building tension.

Arrow Films’ Blu-Ray release provides a nice package, with a pristine transfer that offers crisp, clean visuals and clear audio. A commentary track by Alan K. Rode is supplied here, as well as a feature on director Lewis. Initial pressings of the Blu-Ray will also include an essay booklet on the film.

As far as film-noirs go, My Name Is Julia Ross is top shelf. Not dark and forbidding like the moodier classics such as They Live By Night, The Postman Always Rings Twice and The Big Sleep, My Name Is Julia Ross exists in a realm that gives focus to a more manicured proceeding of gloom. It isn’t lightweight, just easier on the atmosphere, spare and unfussy.

In 1987, Dead of Winter, starring Mary Steenburgen, made of more ham-fisted and histrionic example out of its remake of My Name Is Julia Ross. As if to thumb its nose at the original film’s intentional minimalism, the remake was replete with the usual film-noir tropes of red-herrings, double-twists and heavy atmosphere. Dead of Winter is every bit as fun as My Name Is Julia Ross — just not as smart.