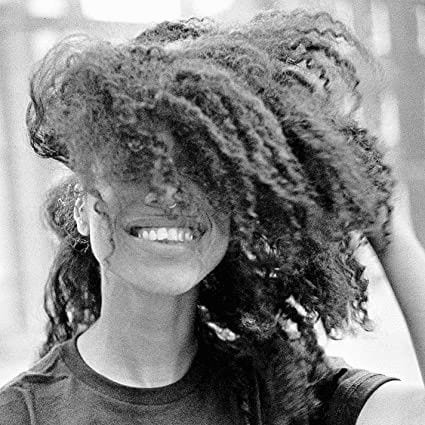 It’s been about five years since British R&B singer-songwriter Lianne La Havas has released new material. Since then she has experienced life and love, such as the failure of romantic affairs that left her disheartened and disconsolate, as well as the deaths of some people close to her, including that of her musical mentor Prince who had her contribute to his 2014 record Art Official Age. Le Havas is now 30 years old. She has not matured as much as a grown-up by which I mean she has always been precocious but now seems to express a fuller understanding of herself and her place in the world.

La Havas’ eponymous third record suggests that she knows that there is more to existing than just the bare facts. There is a larger design. This mix of spirituality and sensuality has her declare “I’m born again” on the album’s opening track “Bittersweet”. She repeats the sentiment to declare that she’s not content with being passive as things happen to her. La Havas is now taking an active role in shaping her life. She may be reborn, but she’s not a baby.

“Bittersweet” sets the theme of the album. The lyrics are matched by the music: sophisticated, stylish, and intimate. Even when La Havas raises her voice, she restrains herself from taking things to extremes. There is something smooth, soft, and refined about the material. It’s tasteful without being slick. There is a formal elegance that evokes being chic without limited to being fashionable.

La Havas’ understands how specific moments in a relationship fit in the larger picture. She presents this double-perspective by engaging in an interior dialogue with herself; what she felt then, what she sees now. It should be noted that La Havas co-wrote most of the material with Matt Hales (aka Aqualung) and others. Perhaps this is what allows her to open up. The word “heart” may be the most frequently used word on the record. The security of having others contribute and collaborate allows her to share her feelings, whether she’s “heart struck”, “heart’s wide open”, “heart’s on her sleeve”, or “heart is an open door”. The other frequently used noun is “head”, which works as a counterpoint to her feelings (re: “stuck in my head”, “lose my head”, “hot head”). The two terms frequently work in tandem with each other.

La Havas covers Radiohead’s “Weird Fishes” at the album’s midpoint right after an instrumental interlude. The song, about hitting bottom as a way of escaping, fits in thematically. One has to descend to ascend.

She more fervidly delivers the painful tunes like ” Paper Thin” and “Seven Times” to show La Havas has overcome her negative experiences. She may have spent many days crying and praying, but that’s over. They are just memories now. This mix of dualisms — past/present, heart/head, joy/sorrow — enhances the individual thoughts and feelings by showing their contours. They reveal the complications of experience where everything is connected to its opposite. What is life without death or love without pain? La Havas shows they are all part of the larger gestalt.