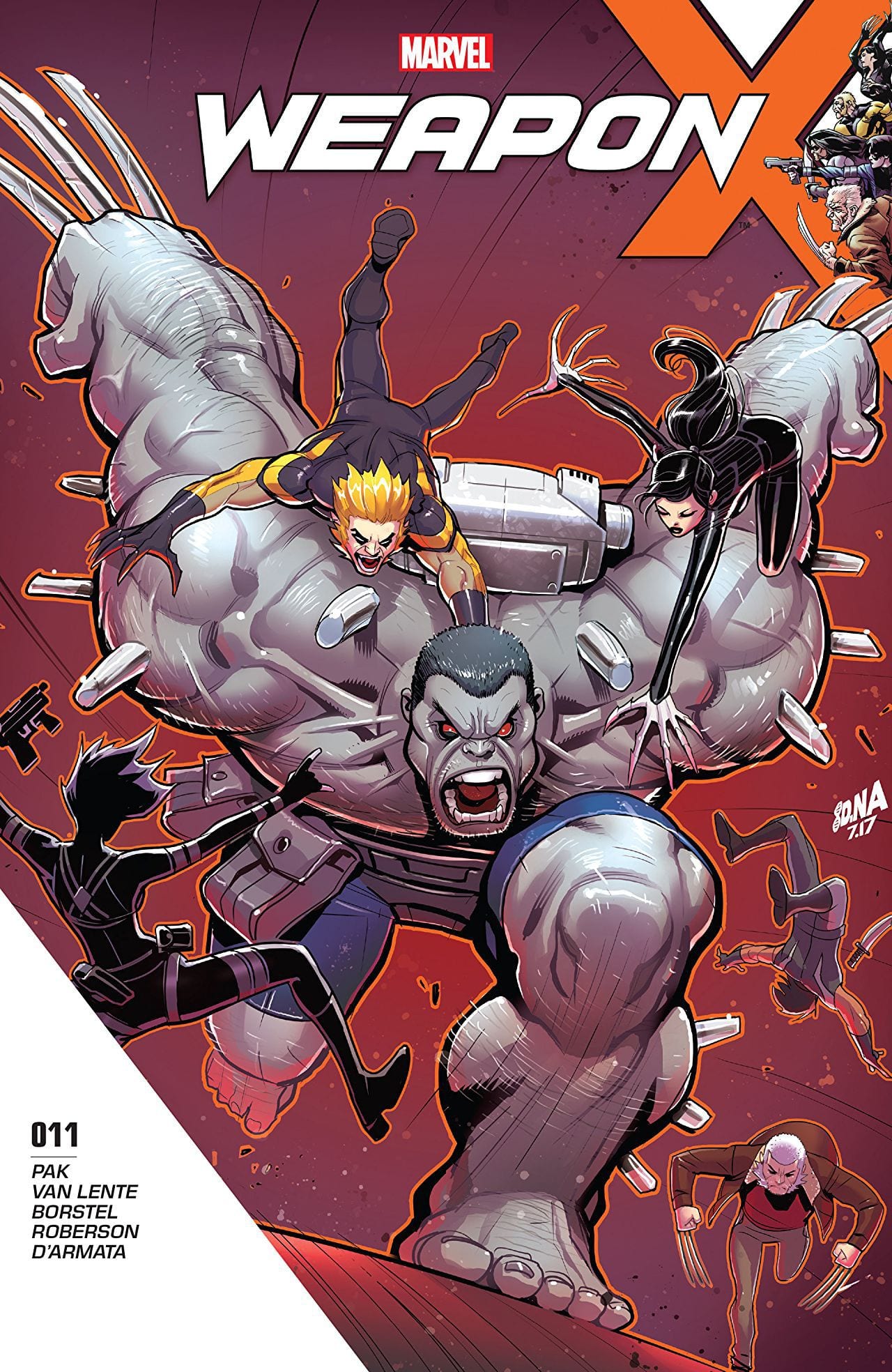 There are certain narratives that can only offer so much novelty and shock value. Audiences can only see Captain America punch the Red Skull so many times before it loses its underlying impact. There’s nothing inherently wrong with these stories. They can still be uniquely satisfying in their own sort of way. However, there comes a point when the novelty is so absent that the concept lacks any sense of tension.

When it comes to the Marvel Universe, there aren’t many rules, written or otherwise, that don’t get bent or broken at some point. The dead come back to life with almost as much regularity as Spider-Man’s immature wisecracks. Villains become heroes and villains become heroes with the ease of changing car insurance providers. The malleability of Marvel, and comics as a whole, is part of what makes it so entertaining in the first place.

However, there are still a few rules carved into adamantium that rarely get broken. One such rule involves living weapons. It may as well be as ironclad as Deadpool’s immaturity. Anyone who creates a living weapon will be unable to control it. It’s as inevitable as the Hulk’s mood swings. That still doesn’t stop the forces Weapon H (the character is called Weapon H, he’s also called Hulkverine a few times), the latest attempt to subvert the living weapons rule within the pages of the Weapon X comic.

In a sense, this attempt is the most ambitious effort to date to make a story about living weapons seem novel. It involves both the Hulk and Wolverine, two characters that Greg Pak has extensive experience writing. It plays to his strengths and the over-the-top destruction plays into Marc Borstel’s strengths as an artist. Weapon X #11, which marks the conclusion of the Weapon H arc, has every necessary tool to succeed. The results are somewhat generic, but the conclusion is still satisfying.

Weapon H has an uphill battle from the beginning, but does plenty to set himself apart, even if he is just a simple mix of Wolverine and Hulk-like brutality. Like nearly every living weapon ever created in an X-men comic, Weapon H has a wannabe puppet-master in Dr. Alba. Having already gotten assistance from the likes of William Stryker, Dr. Alba establishes herself as the kind of callous, corrupt manipulator who is crazy enough to think she can buck the trend of living weapons turning violently on their creators. To her credit, though, she manages to accomplish more than most.

Her hold on Weapon H comes off as more complex than simple brainwashing, at first. For much of the Weapon X arc, as a whole, Dr. Alba proved herself to be more thorough than the typical Hydra spy or used car salesman. She places herself at the center of Weapon H’s world, making it seem as though she’s less a puppet-master and more a friend. Throughout the story, she presents herself as the only friend Weapon H has left whereas William Stryker sees him as just another blunt instrument to satisfy his thirst for mutant blood.

It’s cunning and it helps create a solid backstory around Weapon H, whose identity remains somewhat guarded. However, he is shown to have a civilian life. Like the Hulk and Wolverine, there is a man behind the monster. While that man makes his share of questionable decisions, especially being a special ops soldier who gets involved with a living weapons program, he does make clear that he values his humanity. He shows that he’s not quite as eager to throw that away, which is something Logan can’t always claim.

However, whatever complexity the man behind Weapon H may have, much of that gets undercut when Dr. Alba resorts to using the kind of outdated control methods that failed miserably with Wolverine and everyone like him since the late ’70s. Not surprisingly, she still can’t make anyone who values their humanity to willingly become a living weapon. She ends up resorting to hypnotic suggestions and a mind control serum. That may occasionally work in a bad CIA movie, but against the Hulk, that’s akin to giving Deadpool unlimited amounts of tacos and napalm.

It still makes for some brutal, Hulk-level action that Borstel’s art brings to life nicely. However, it never gets too brutal, primarily because Old Man Logan and his Weapon H crew don’t let that happen. To some extent, that does limit the impact of the action. There’s never a sense that the brutality has some sort of price beyond property damage. Unless insurance premiums are sentient, nobody suffers beyond the utter terror that comes with seeing a monster that blends the Hulk and Wolverine.

Even if the action is generic, the way the conflict gets resolved still feels satisfying and carries with it a fair amount of drama. While the method by which Weapon H regains control of his faculties are somewhat predictable, the way he deals with his situation is probably the healthiest way any living weapon can cope. He doesn’t suffer the kind of violent, blood-rage breakdown that Wolverine seems to endure every other week. What he does is actually consistent with that of a soldier who understands what that role entails.

This is what gives Weapon X #11 more staying power, beyond simply resolving the Weapon H arc and bringing yet another living weapon into the Marvel universe. It creates a character in Weapon H, or Hulkverine as he’s also called, who has something to offer that goes beyond the standard narratives that Wolverine and the Hulk have been telling since the Cater Administration.

Weapon H may be the latest in a long line of failed living weapons, but he establishes his own unique character and story. He’s not like Wolverine and Sabretooth in that he’s not a mutant. He’s not like Bruce Banner either in that he’s not a scientist with anger management problems. He’s a soldier, but the complexity Pak establishes in previous issues help set him apart.

In doing so, the way in which Weapon H ends the conflict has a sense of dramatic weight. It also lays a foundation for more stories involving this character. Even if he is a basic blend of Hulk and Wolverine, that blend is still pretty potent. Like putting a fresh coat of paint over a new car, there’s still plenty of appeal with Weapon H.

That, in essence, is Weapon X #11’s greatest accomplishment. It doesn’t just give Old Man Logan and his team of Weapon H outcasts another victory in the never-ending war against people who still think living weapons are a good idea. It creates a character in Weapon H that is worth rooting for and caring about. Even in a world where there are multiple Hulks and multiple Wolverines, it makes clear that there’s still a place for someone like Weapon H. In the same way a world can never have too much chocolate or free donuts, it can never have too many compelling Hulk/Wolverine characters.