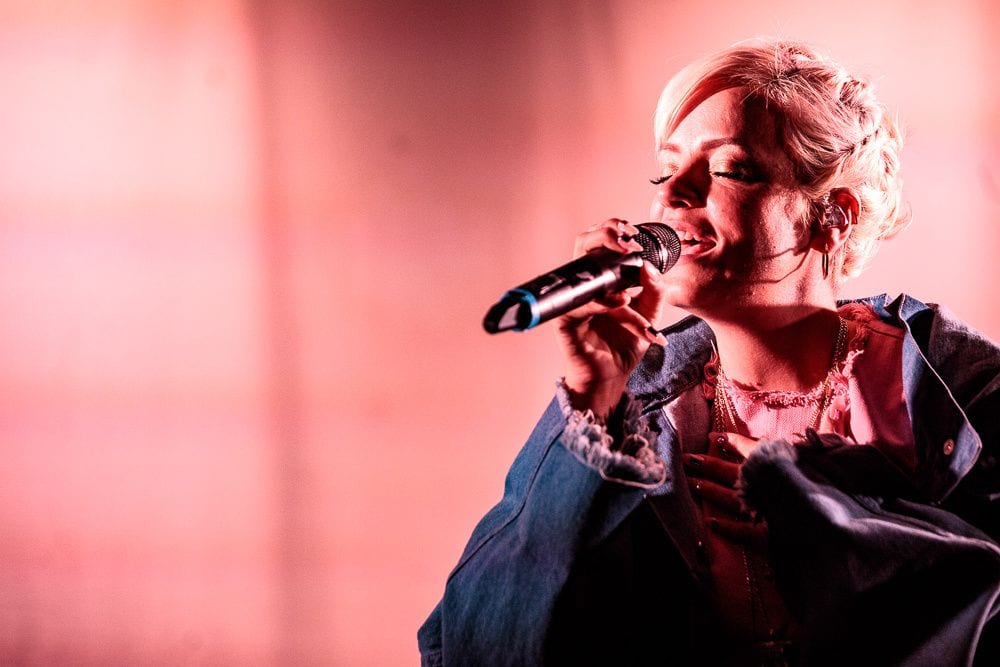 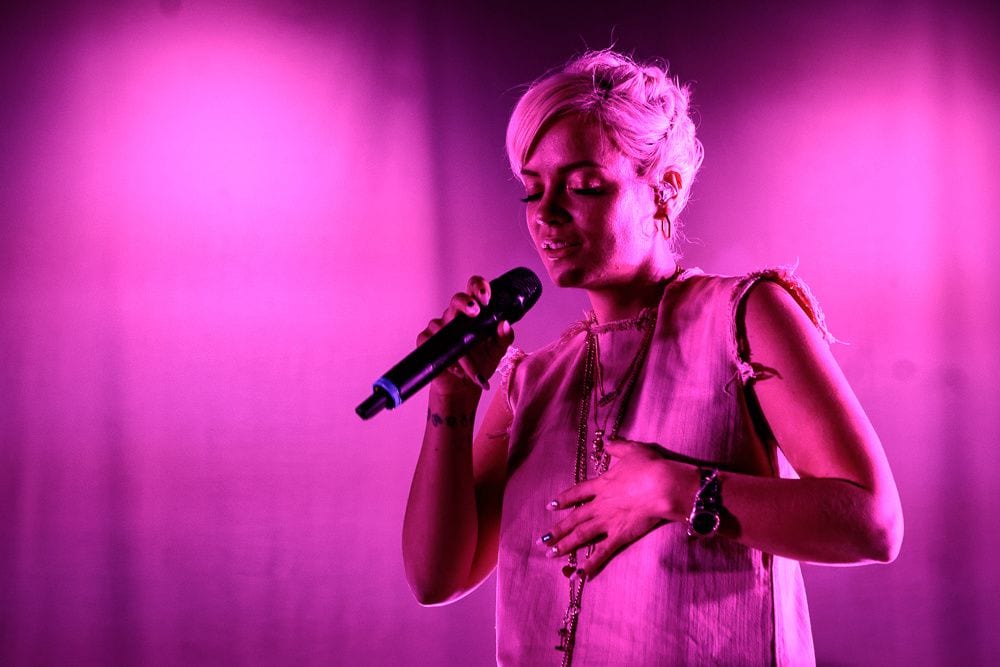 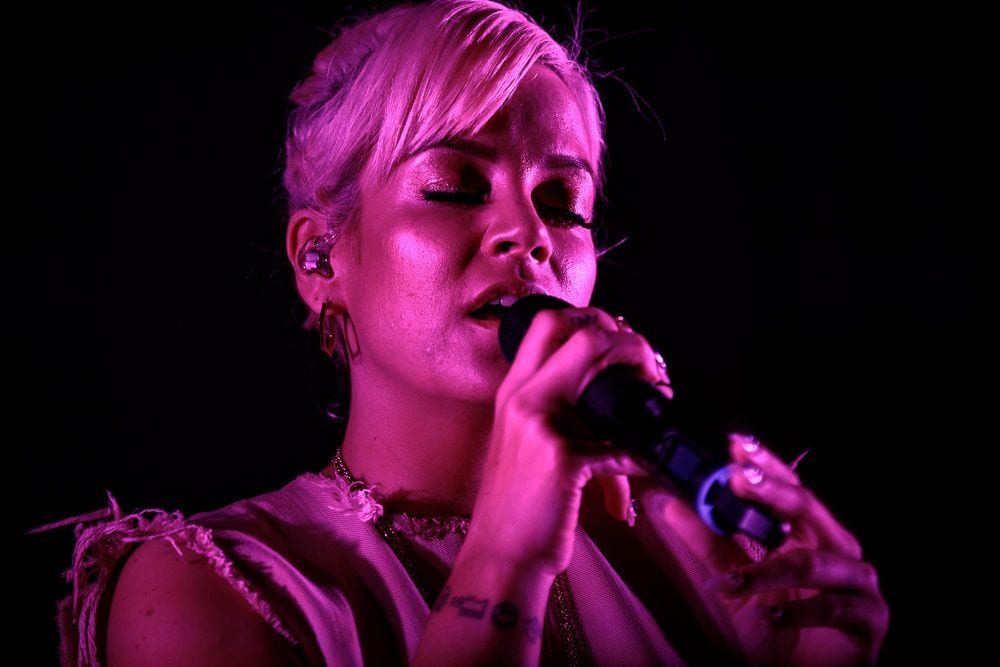 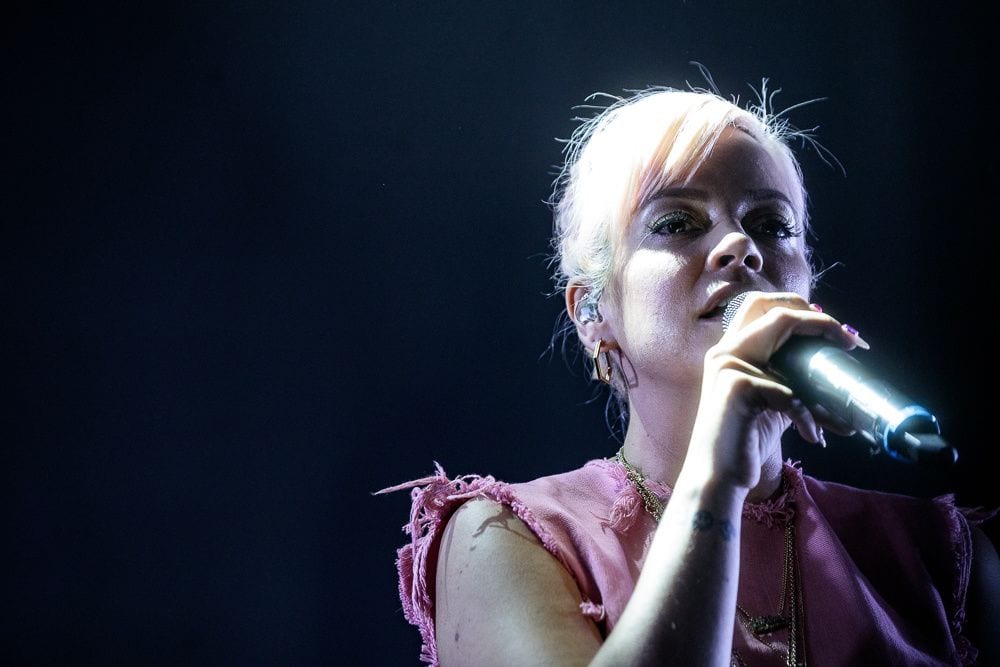 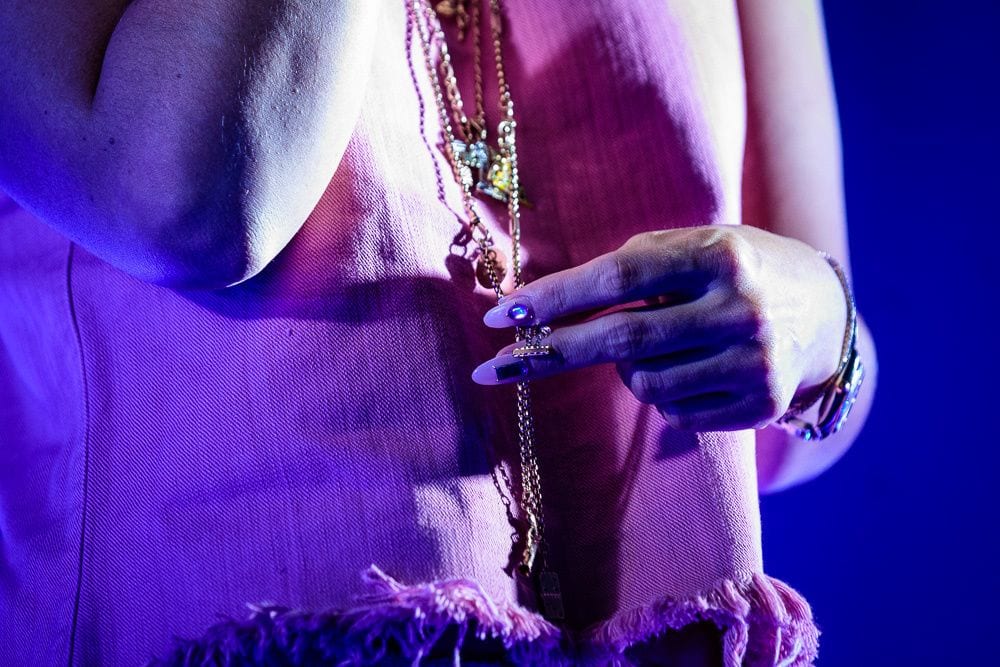 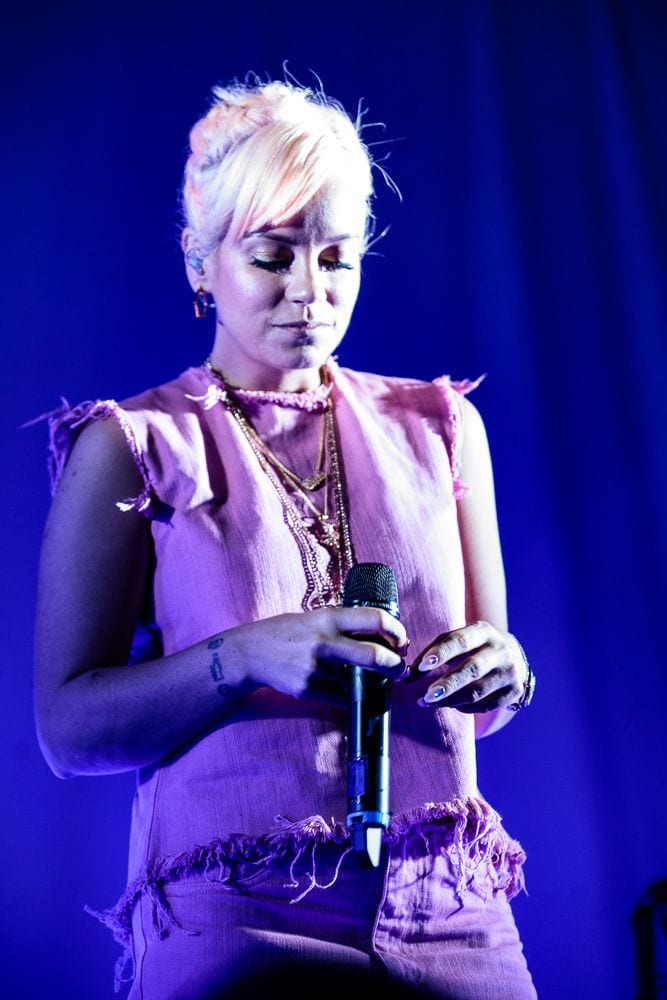 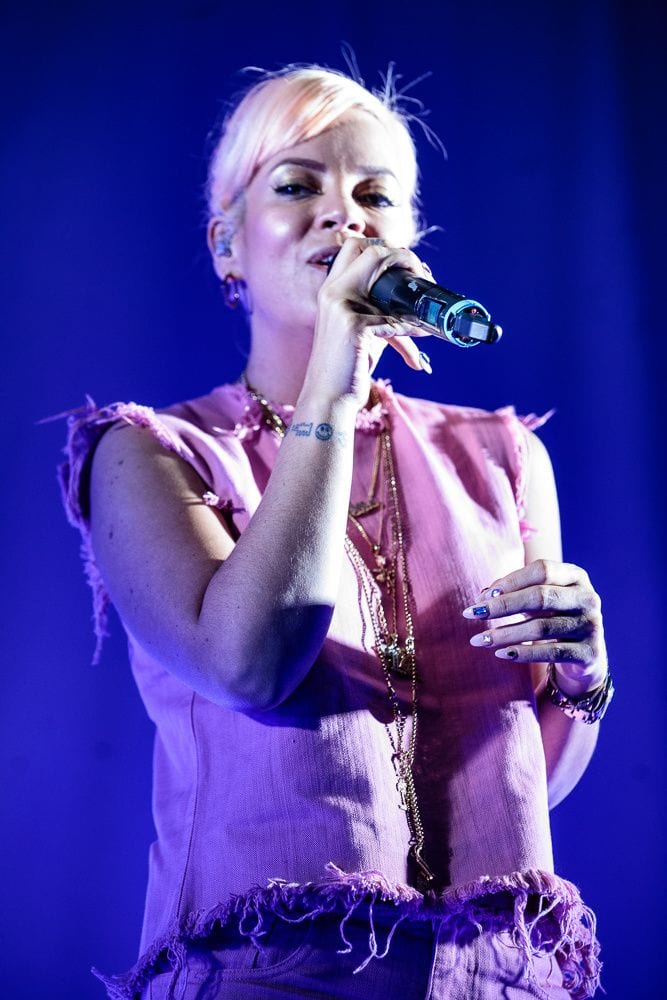 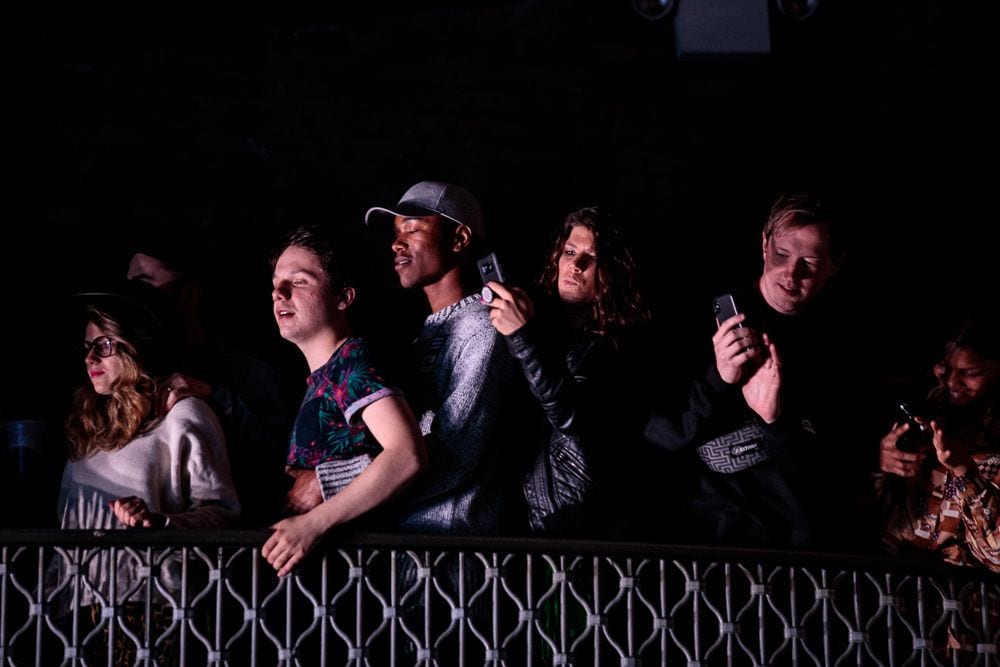 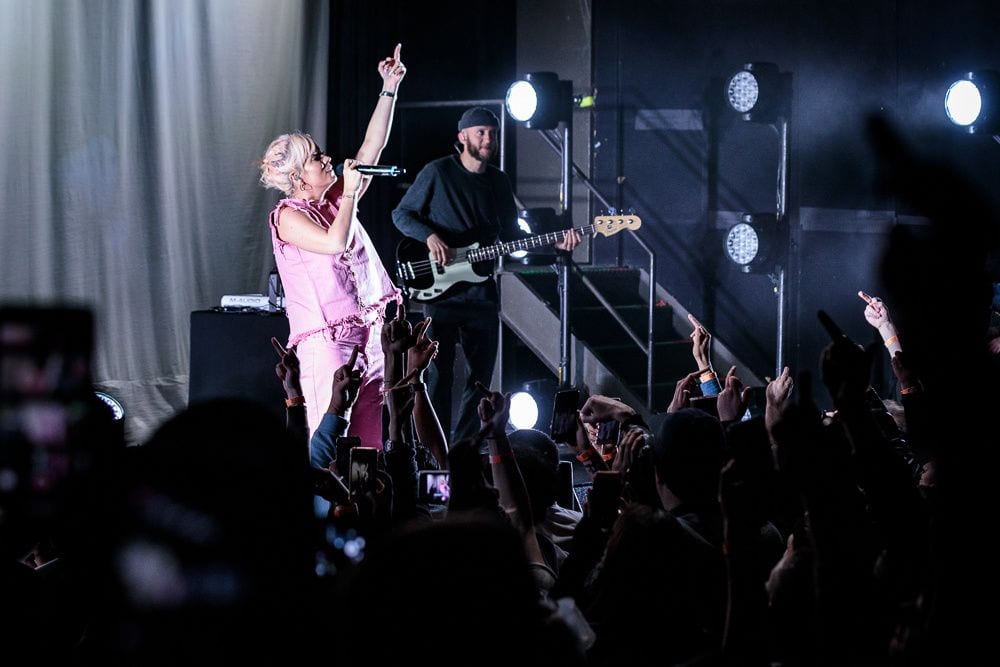 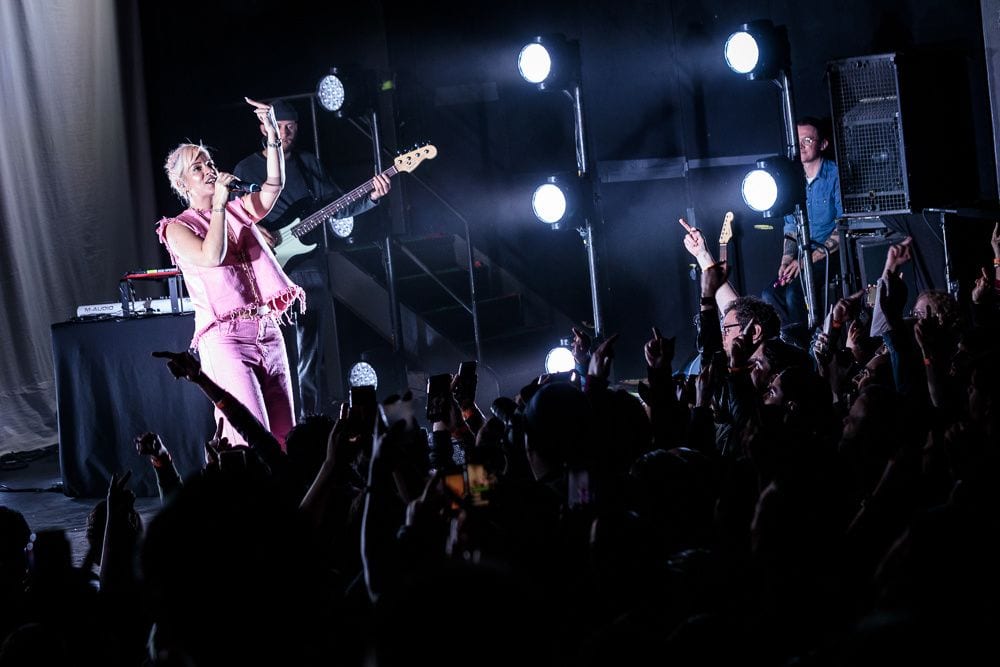 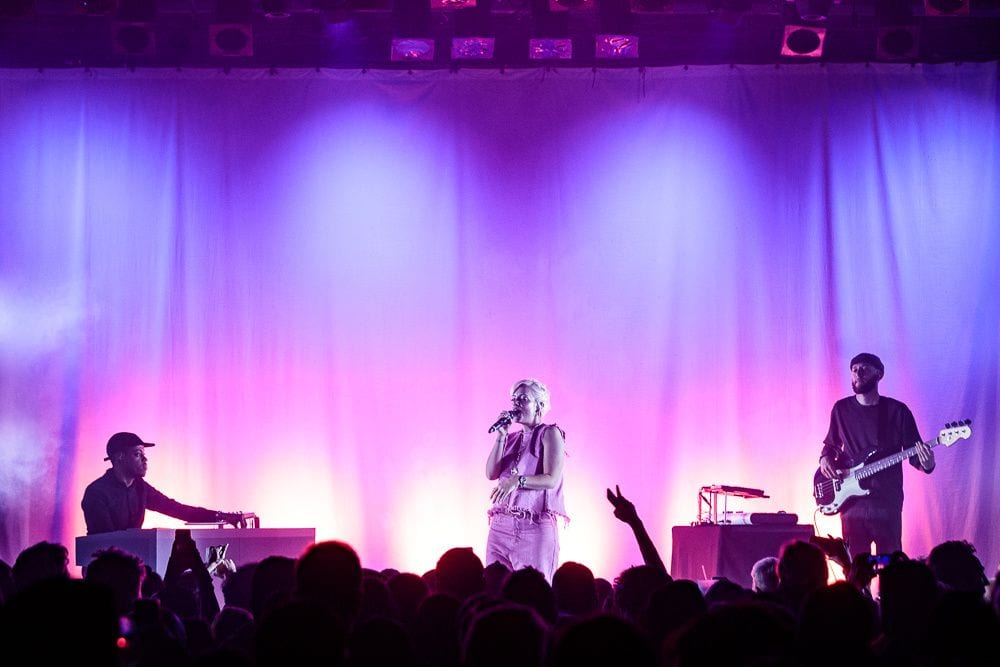 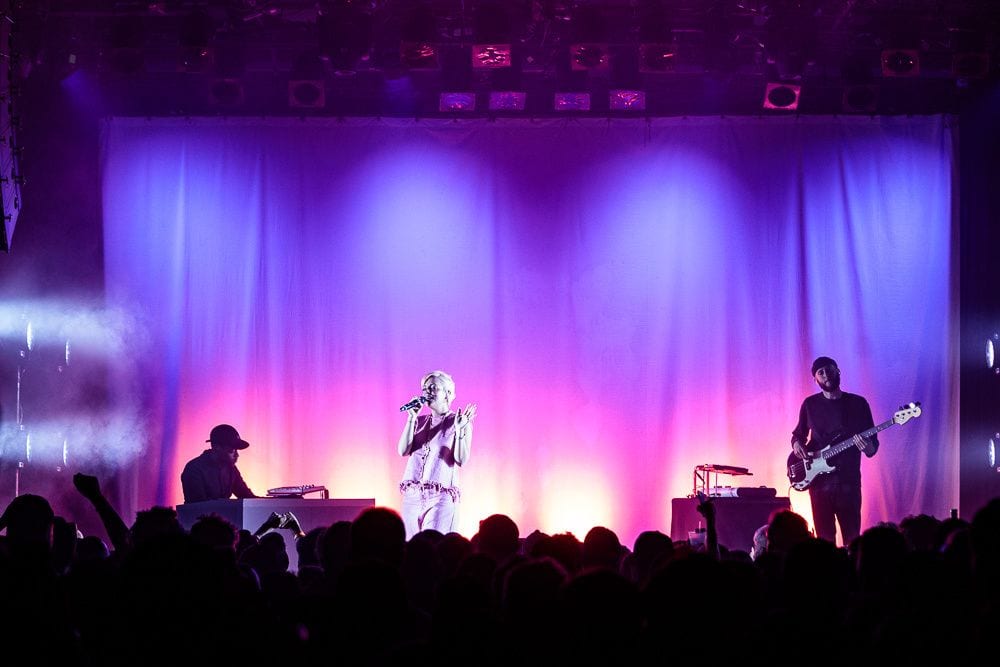 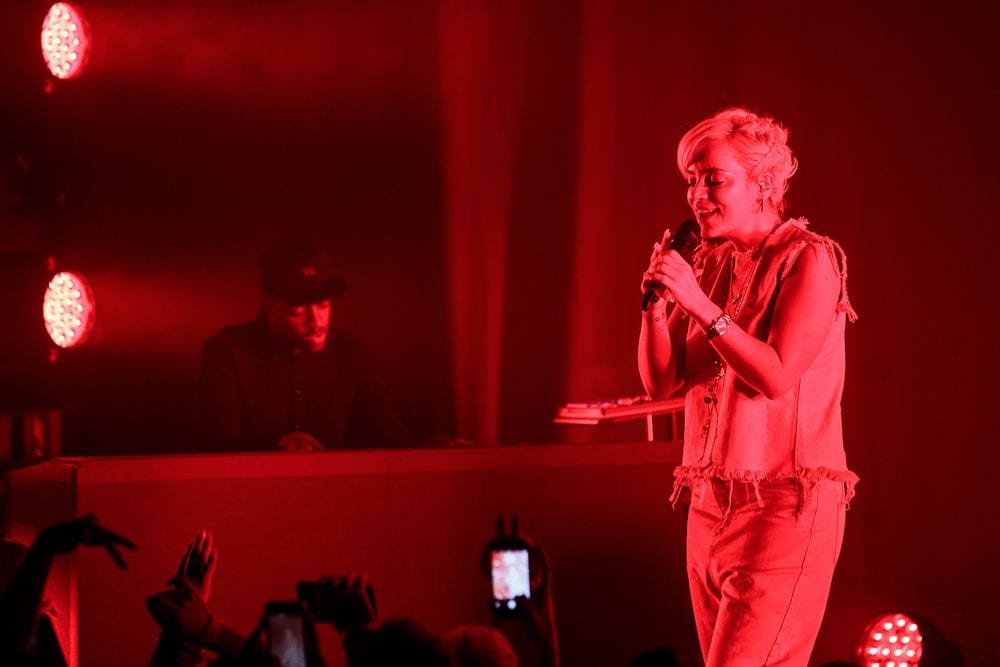 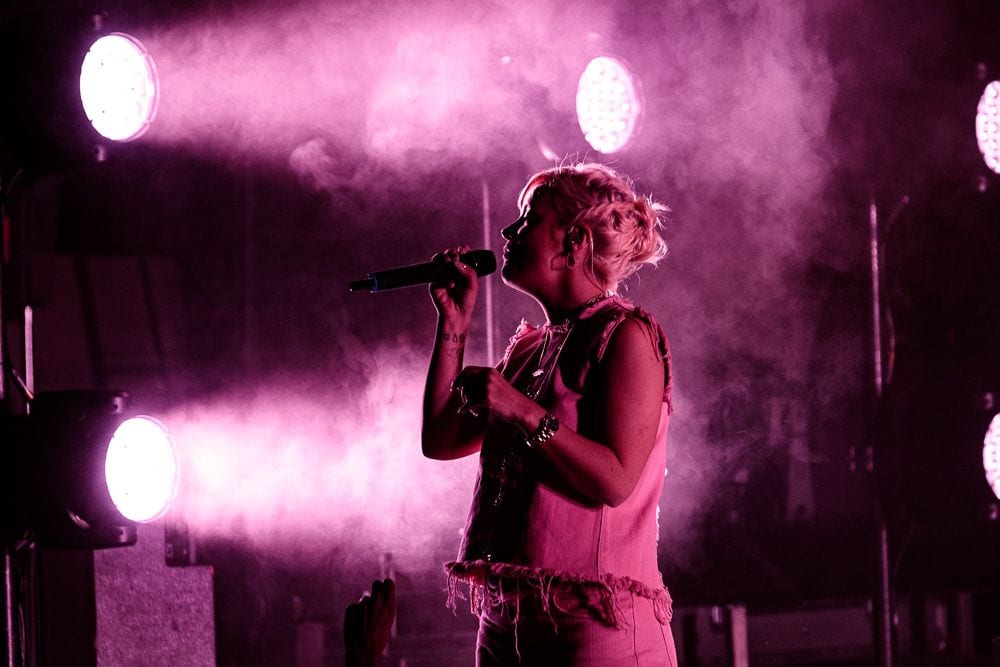 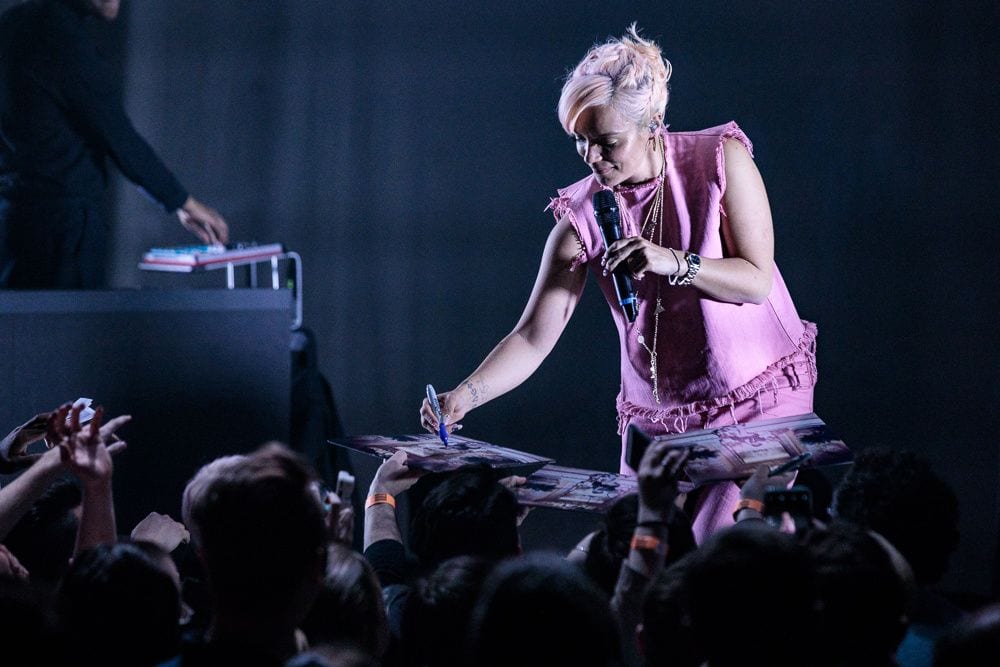 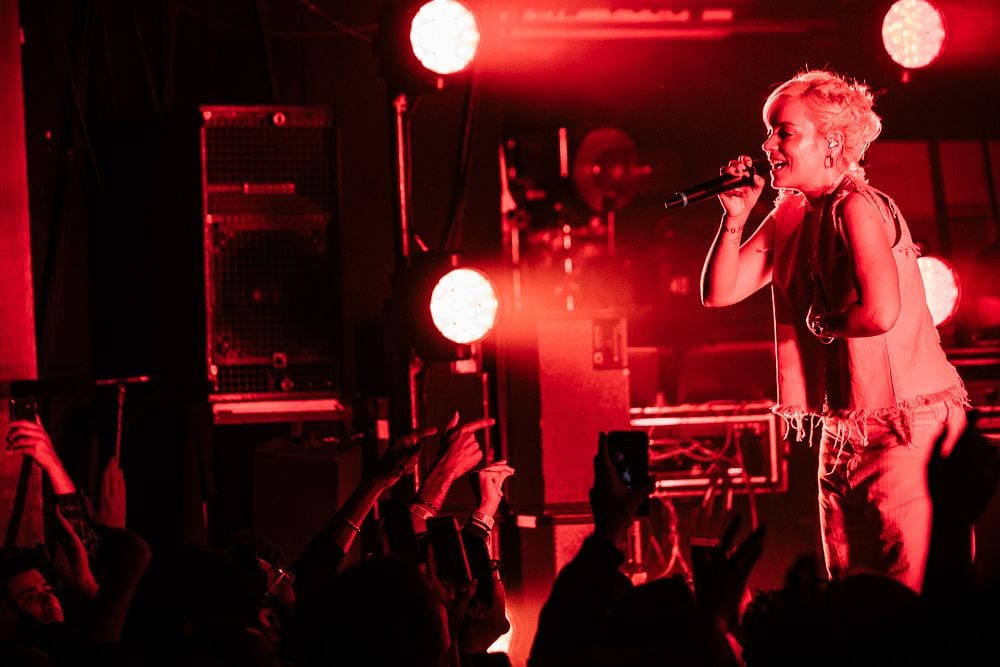 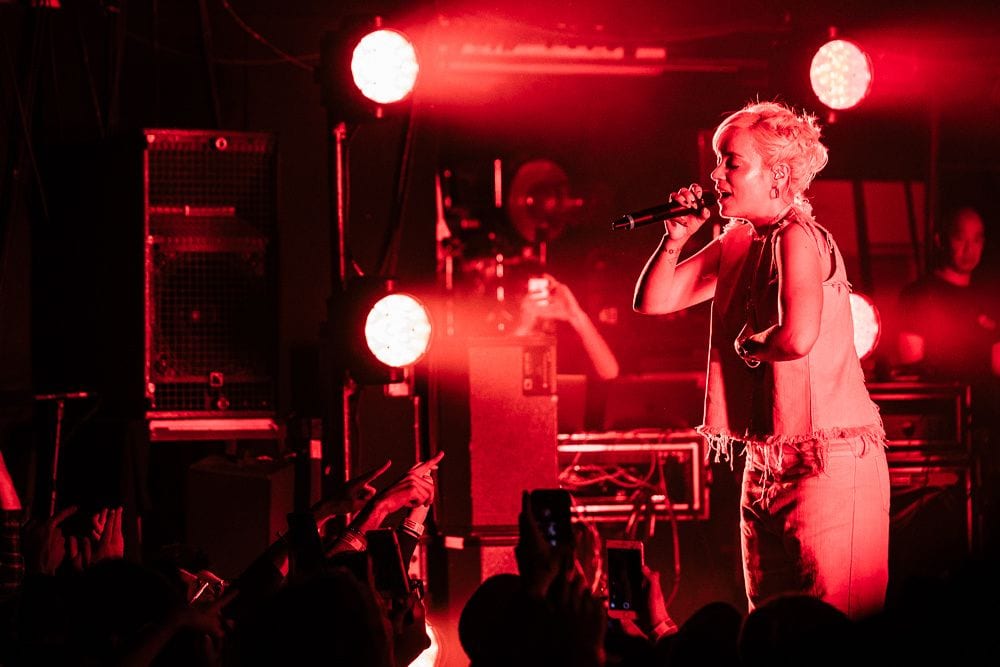 Lily Allen has set forth dates for her first North American tour in four years ahead of the release of her album No Shame (out June 8th). The record is her first since 2014’s Sheezus and Allen touches on tough subjects throughout the 14 songs including sobriety, the end of her marriage and motherhood. Allen has previously stated about the record, “There’s no shame in anything I’m saying.” Her heart is laid bare on her latest single “Lost My Mind” (streaming below), which has the chorus, “When I couldn’t breathe / Couldn’t sleep / And you say it served me right / Maybe I’ve lost my mind”.

And at her April 23rd show at the Music Hall of Williamsburg in NYC, Allen played most of the new album for an intimate show, both in terms of size and in terms of content. She was very frank with the audience as she spoke about her alcoholism and her divorce as she intro’ed many of the darker, reflective new songs.

It wasn’t all about catharsis though as Allen did have fun. She performed one upbeat new track, “Pushing Up Daises”, that was about a new boyfriend. And she also played a few of her classic songs like “Smile” and “It’s Not Fair” as well as “Fuck You” now re-dedicated to Donald Trump. The audience loved it.

Preorders of No Shame through Allen’s official store will also include the opportunity to get presale tickets to her upcoming tour dates prior to the general on-sale on June 8th. The new single “Lost My Mind”, photos from the NYC show and tour dates are below.