Live Long and Evolve: What Star Trek Can Teach Us about Evolution, Genetics, and Life on Other Worlds
Mohamed A. F. Noor
Princeton University Press

Those were the days. Father and son huddled around a glowing TV screen, eagerly awaiting the next Star Trek episode. It was our ritual. The two of us would gather at a set time, sprawling on a tattered sofa with an armful of snacks: pastries, popcorn, maybe even ice cream.

For an hour our lives were suspended; we were no longer citizens of planet Earth—neither pubescent grade schooler nor certified civil engineer. For an hour, we were extras aboard Captain Jean-Luc Picard’s USS Enterprise-D, exploring new worlds and new civilizations. Every week, the opening credits for Star Trek: The Next Generation gripped us with the power of science and imagination.

Mohamed A. F. Noor’s Live Long And Evolve: What Star Trek Can Teach Us about Evolution, Genetics, and Life on Other Worlds, sends sci-fi fans like myself back to their childhood. However, unlike a high school reunion full of mixed drinks and mixed feelings, Noor’s book is a more productive get-together. Whether in the flesh or by way of print, a convening of Trekkies (as Star Trek fans are called) is cause for celebration.

Boasting 13 feature movies and six television series, Star Trek hardly lacks street cred. Yet it exudes a humble dignity, avoiding the panache of its cloying cousin, Star Wars. In fact, the two franchises represent two poles on the science fiction spectrum. While Star Wars roils with steamy romance and epic space battles, Star Trek spins a more sober tale of discovery and ingenuity. Of course, love and warfare remain, though Star Trek prefers to solve its problems using logic, if not science, rather than weapons.

As a professor in the Biology Department at Duke University, Noor is well equipped to examine Star Trek‘s scientific side. At times, his method of debunking science misconceptions can feel a bit like a special Penn & Teller series. Yet, Noor dispenses with the comedic duo’s aggressive presentation, opting for a far more respectful, though far less humorous, homage to a subject that he loves. The verdict is clear: Despite occasional blunders, Star Trek proves itself to be galaxies ahead of its peers.

Live Long and Evolve begins by clarifying principles of evolutionary biology. Step by step, Noor weighs them separately, building greater clarity—and greater mystery. Before appreciating how life develops over time, we must first understand what “life” means. In Star Trek: The Next Generation series, Data is an android that questions the nature of his consciousness. During a conversation with the ship’s medical officer, he insightfully inquires about the sentience of fire; in his mind, fire “consumes fuel to produce energy, it grows, it creates offspring.”

Definitions of life often presume the ability to reproduce, but nature is neither ordinary nor simple. For example, consider the mule, the sterile offspring of a horse and a donkey, cannot conceive offspring of its own. The question of life is complicated enough that, in 1944, physicist Erwin Schrödinger defined living matter to include anything that evades the decay to equilibrium. Humankind tends to avoid decay in creative ways. Our biases are a case in point: we project ourselves into the world in order to comfort ourselves from the unknown.

Even science fiction writers perceive the world in their own image. It’s human nature. Star Trek often assumes that extraterrestrial life forms would be water-based, like they are on Earth. Noor debunks the bias that the default mode of reproduction within the biology kingdom is sexual. Although there are benefits to reproducing with another individual, including the elimination of bad genetic mutations, there are also disadvantages, including the time and energy used to seek a mate. Anyone who has ever spent an hour on a dating app knows this frustration well.

Nature, we’re reminded, is no Puritan. Knowing we all enjoy a little sex talk, Noor takes a leisurely stroll through a review of nature’s reproduction processes. Besides sexual reproduction, there are life forms which reproduce asexually, like somebdelloid rotifersrotifers (known as nature’s “ancient aesexuals”); there is also life which reproduces with more ambiguous genitalia, like the hermaphroditic earthworm or the self-fertilizing nematode species, Caenorhabditis elegans.

In an episode of Star Trek: The Next Generation, the crew contracts an alien virus which causes them to “de-evolve” into other life forms. The problem is that all lineages of life evolved within the same period, undergoing the same process of evolution. Bacteria and plants have evolved alongside humanoid and non-humanoid animals.

There are, therefore, no “higher” life forms to speak of. All life has unique abilities worthy of praise. Considering that “each person acquires on average roughly 70 new mutations” during the process of genetic inheritance (that is: when Mom and Dad conceived us—with or without their intention), we might think of ourselves as X-men by birth!

Like all thoughtfully examined divides, Noor finds that both the futures of the universe and of the human imagination share a common horizon: “Sometimes how scientists approach their trade is bounded by their imagination, and science fiction can both energize and foster thinking outside of the box in ways that lead to progress.”Without the exploration of science’s basic research method, an approach to understanding nature that is guided solely by simple curiosity, science would have compromised breakthroughs in X-rays, penicillin, and the polio vaccine. Fruit fly research, alone, has led to six Nobel prizes (as of 2017)! It’s humbling to consider that a common household nuisance has contributed to such world-changing discoveries.”

Pushing for solidarity, Live Long and Evolve closes by comparing the goals of science with those of science fiction: “In essence, science fiction is an exercise in ‘what ifs’ that question presumed limitations as we know them today.” But nothing exists in a vacuum; the sciences, especially, rely upon dialogue with the world. In improving our understanding of nature, seeking answers to and through the unknown, humanity dares to live out the phrase in the opening credits of the Star Trek series, “to boldly go where no one has gone before.

“Whether or not your knowledge of Star Trek begins and ends with Mr. Spock’s tapered ears—Spock being the iconic character responsible for the catchphrase “Live long and prosper” (yes, you’ve got it: the inspiration for Noor’s book title)—Live Long and Evolve’s thesis empowers. Science grounds dreamers; imagination elevates seekers of truth.

Until entropy prevails, ending life as we know it on planet Earth, it’s important for us to keep our collective feet on the ground. It’s equally crucial, however, that we keep our eyes on the stars, dreaming about life as it could be. A sense of wonder is enough to unite father with son, redeeming scientists and artists, leaving a Trekkie, like me, chanting a classic Star Trek slogan, “Beam me up, Scotty.” 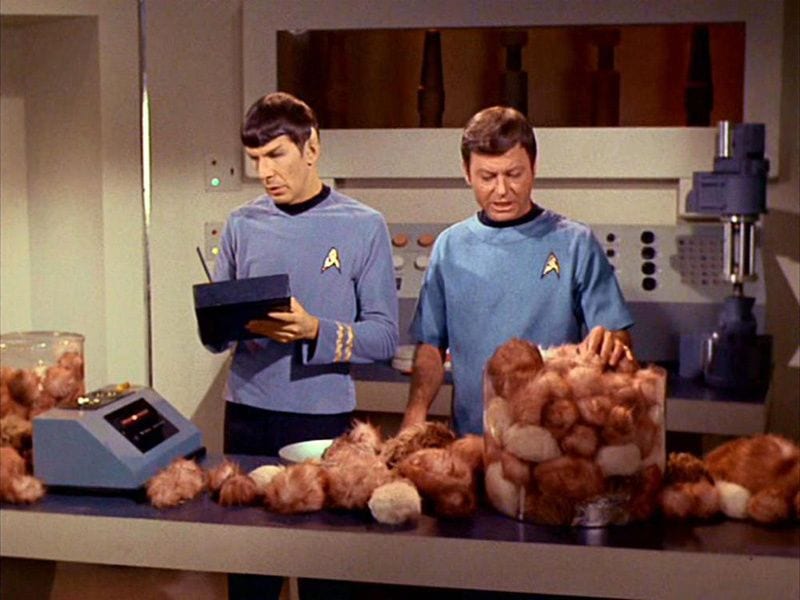