The brief “essay” might be tougher to pull off than longform essays and extended confessional memoirs that desperately pad themselves with scenes in order to justify being sold as a book. Call them “flash” essays, micro-sketches, or whatever the consensus tells us is the latest name for what is sometimes called “occasionals”. These pieces are usually humorous and intended as filler. Humorous sketches and occasionals by James Thurber and E.B. White used to fill the pages of the New Yorker and the Saturday Evening Post. Montaigne developed the form, but few could effectively capture brief moments like the master. At their best, such small pieces effectively capture a more innocent place and less cluttered time between the World Wars, when jocularity and a wry series of chuckles was all a reader ever needed. We laugh at these little slices of life because they’re relatable. They’re a few pages of bright, cheery fun in an otherwise dreary day.

While some of these occasionals work in small doses, they can quickly outwear their welcome in the middle of a collection that doesn’t seem to know what it wants to be. Sloane Crosley‘s Look Alive Out There is a collection stuffed with skimpy, sketchy occasionals that fail to create any relatable voice. Rather than being humorous, one-paragraph pieces like “Right Aid” are just annoying. This one’s about a chance meeting with a Rite Aid clerk who shares Crosley’s birthday. “The Chupacabra” is a four-page article that also doesn’t go much deeper than an exploration of the title animal allegedly spotted by some Vermonters. Crosley experiences bliss from the services of a local masseuse, and that’s about it. In “You Someday Lucky”, she has fun with a personality-diagnosing system called Enneagram:

“It makes astrology look as precise as a fortune cookie, numerology as helpful as a mood ring. It makes the Myers Briggs test look like someone ripped it off a cereal box.”

Again, the humor is undeniable, but it barely grows beyond a chuckle of recognition because Crosley doesn’t bring it anywhere. The same can be said for a piece like “Immediate Family”, but at least this brief piece offers some sort of emotional context beyond just minor chuckles. The premise is nicely stated early on: “Part of what’s interesting about living in New York is how much business you can choose to have with people who are none of your business.” This one is about chance meetings with people in your building, old people in your radar screen who you had once taken for granted. Crosley had thought all old people were alike, but she realized she was wrong. When death comes to the circle of elderly people in her building (as it will), Crosley still has to make a conclusion that seems a little petulant. It’s not that we might dislike her as a person (that’s irrelevant.) We dislike her choice as a writer. It’s an inconsistent way to end a brief essay that seems to about the preciousness and unpredictability of life:

“When it comes to death, it’s better to live and let live.”

The voice and quality of this work grows stronger once Crosley gets her car on the road. The problem is that these smaller sketches are the equivalent of starting a car in the driveway and never taking it out for a ride. In “Outside Voices”, she writes of a relationship with a neighbor, Jared, who lived in the townhouse directly behind her apartment.

“Is it a relationship if you’ve never met? Certainly this is an acceptable outline… played out in real life it’s called stalking.”

She becomes fascinated with the world of a teenaged boy and the sounds he was making with his friends. They were…”the sounds of my torturers clearing their throats.” Crosley keeps records of all the activity she witnesses from this boy. “By documenting his activities, I thought perhaps I could trick myself into thinking I had signed up for this… I felt the pulse of their lives steadily behind me.” The article doesn’t really go anywhere, but it doesn’t need to do any traveling. She’s creating a character study of brooding obsessions and pre-occupations that simmer but never boil.

“Our Hour Up” is a humorous piece in which Crosley recalls a brief fourth grade career as a therapist. She claims to have never seen the Peanuts strip where Lucy Van Pelt immortalized the job of itinerant portable therapist, and there’s no reason not to believe her. The piece is funny and harmless. It doesn’t take up more space than necessary. In “The Doctor is a Woman”, she reflects on the aging process and in vitro fertilization. In the process it always seems to be about the number of eggs produced, but she perceives it otherwise:

“…I know for certain that focusing on the math as the defining moment of one’s life only perpetuates the idea of fertility as identity… They are just floating fractions of an idea.”

It’s a sweet moment at the end of this occasional, a scene where Crosley stands at her open mailbox and looks at correspondence from the fertility clinic, which gives the reader a sense of the writer as a vulnerable, relatable human being. “I focus on one egg at random, imagining this will be the one my body uses to make a person…”

The stronger pieces in Look Alive Out There, like “Cinema of the Confined”, deal with medical conditions as motivating factors about identity. Crosley has vertigo, and she reflects on the unreliability of the eponymously titles Alfred Hitchcock film. “Writing about illness is a form of travel writing,” she notes. Crosley cries in the shower as she thinks about cinema of the confined, of the bedridden, and how her life may join those characters. Films like Penny Marshall’s Awakenings (1990) and Julian Schnabel’s The Diving Bell and the Butterfly (2007) spoke to the struggle of human beings who were in the world but not of it, and the curator quality of Crosley’s nature meant that everything had to be absorbed before that one true element could be revealed. There’s strength as well in the passage where Crosley considers that the type of clothing you’re given as a patient is an indication of your condition’s severity. Paper gowns, open-backed gowns, paper slippers, they’re all part of an unwritten code to tell us what words can’t express.

In “Up the Down Volcano”, Crosley travels to Ecuador and on assignment from a travel magazine. She has an aversion to over packing. It’s an interesting perspective Crosley provides, especially since most of these narratives are not usually from a female perspective:

“The idea of men traveling to push themselves to the limit is a culturally familiar one… There is something inherently manly about climbing a mountain. Though, taken literally, that would make a deep-sea dive the most feminine activity on the planet.” 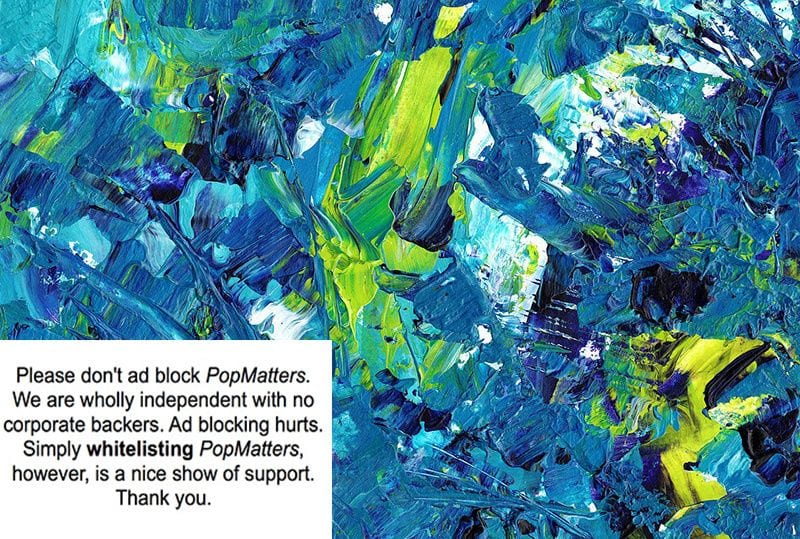 It’s a strong narrative she builds here as she accompanies her climbing party up the mountain and thinks about resistance and coping mechanisms. “Physical pain is the body’s retort to such hubris. Control was an illusion… What the mind really is, is a Tupperware container full of leftover noodles.” This is an essay with carefully developed characters and strong themes about perseverance and loneliness and survival beyond all apparent obstacles. Had Crosley expanded this story, or built more ideas on variations of this theme, Look Alive Out There would have been a stronger collection.

It’s difficult to pick through these occasionals and highlight strengths or try to find a common thread because as an entity of 16 sketches (minor and otherwise) they don’t add up to anything solid. She’s stronger when she leaves the comfort of the upper West side Manhattanite essayist mode and travels to France in “Brace Yourself”, but even here it’s more unfinished sketch than anything else, a look at her photographer friend Charlotte and their time in Normandy. The problem is that she opens the door but never really lets us in. The scene is stronger and more effectively developed in an essay like “The Grape Man”, about an old neighbor named Don and the grape vines he once grew outside their building. He dies, and eventually the grape vines are uprooted by new residents. It’s these small New York moments of never really knowing people and the effect they had on your lives until after they’re gone that resonate strongest in this collection.

“Relative Stranger” is probably the strongest articles here, an effective mix of humor and character study that takes its time and actually manages to earn its credibility. Too many of the other pieces, the small sketches, sink under the weight of their smarminess and tone. In “Relative Stranger”, we meet one of Crosley’s relatives, Johnny, an uncle who was really her mother’s cousin, a veteran of 116 adult films in a career that spanned from 1973-1987. “I have become increasingly attracted to unrealistic or unobtainable men,” she writes. Crosley makes us want to know Johnny, and we can picture him strutting around his condo, bragging about old days as a bit player in the golden days of pornographic films.

Look Alive Out There is a mixed collection. The short sketches are barely even ideas. They’re proof that even writing in small doses can feel like it takes a lifetime to read. The fully realized pieces (“Up the Down Volcano”, “Cinema of the Confirmed”, and “The Doctor is a Woman”) would have been better served had they been expanded or at least published in a different format. Clever observations and pithy comments stuffed between these more substantial pieces corrupt the text as a whole and make it a tedious reading experience.