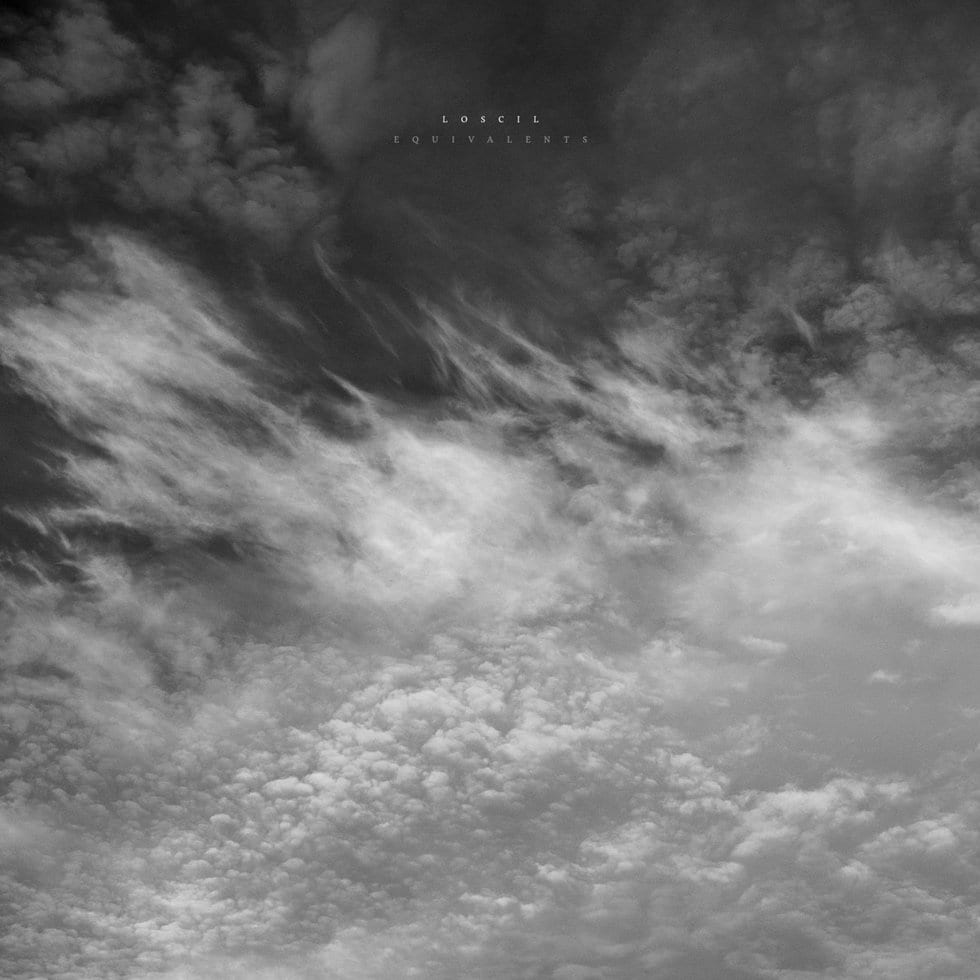 The ocean is unknowable. The earth might be knowable, but only if you had more time to explore than is available in a human lifetime. The sky—well, what we see is pretty much what’s there. The sky has no landmarks. Birds and airplanes stay close enough to the ground to see. There’s nothing up there that’ll come and eat us, which is why characters in horror movies never think to look up. When we gesture at the sky, it’s usually to indicate the possibilities of that scarier realm beyond, outer space. When the sky commands awe, it’s not for its mystery but for its size and the way it seems to hover precariously above us. There’s a fear— casadastraphobia—of falling into the sky. And we all know the story of Chicken Little.

It’s hard to imagine anyone evoking the dread blankness above our heads better than Scott Morgan does on Equivalents, the 12th album by his long-running ambient project Loscil. These long, beatless tracks have an undeniable sweep, but not much happens while they’re on. They’re huge and empty, with only a few details crisscrossing their expanses. A vibraphone, long one of Loscil’s favorite instruments, on “Equivalents 8”. A thick, filtered, dragging sound on “Equivalents 1” that suggests the eerie way the most massive clouds move across the vast plain of the sky. A piano winding its way through “Equivalents 3”, buried so deep in the mix we might not hear it if we’re listening in a place with a lot of background noise. Some ambient artists like sounds that seem heard from far away. Equivalents likes sounds that seem to come from high up.

Maybe if this album weren’t explicitly modeled on Alfred Stieglitz’s photos of clouds, I might think of something different upon listening. But Morgan’s inspirations are part of the package with any Loscil album. This has long been one of the most programmatic ambient projects, and Morgan’s ability to translate his inspirations into music is uncanny. Submers suggested the ocean not simply with aqueous textures but with a murkiness through which flashes of sound and light slowly materialized. First Narrows evoked the encroachment of human activity on the sea by letting the swells of pad and guitar and strings in the background dwarf the mechanical pinpricks in the foreground, like the ocean dwarfing a boat or a bridge or a port perched perilously on its edge. Endless Falls, about the Vancouver rain, had a curiously reflective quality, like a wet sidewalk reflecting the light.

Much of the imagistic power of the Loscil project comes from Morgan’s resolutely hi-fi approach to recording. It’s hard to think of an ambient artist who’s benefited more from the love and care he puts into recording his music. Typically, Morgan likes to cast every chord and pad and bit of echo in stunning clarity, like a Swiss watchmaker ensuring every part works well. His approach is more holistic here. There’s not a lot happening on Equivalents, but everything that happens is heard precisely and clearly. Most of these tracks consist of two core elements: a thick floor of bass and the transient sounds that drift across them like clouds or birds or airplanes. It’s remarkable how heavy Morgan makes emptiness feel on Equivalents, and a more lo-fi approach to production would not have yielded the same results.

If Equivalents isn’t quite in the first tier of Loscil releases with First Narrows or Endless Falls, it’s because it feels a little less personal than most of his work. The best Loscil albums are inspired by Morgan’s native Vancouver, a place he’s no doubt spent endless hours exploring. Those records betray a certain sadness at the inability of the puny human to even comprehend the place they live. Something is frightening about finding yourself in a part of your hometown you’ve never explored and realizing how finite human knowledge truly is. That fear drives Morgan’s best music. Equivalents is more reassured, more objective; it’s a visualization of a natural process. Stieglitz called his cloud photographs Equivalents because what was going on in the sky represented his state of mind. Here, Morgan’s thoughts come up as blank as the unending expanse above our heads.