As a member of the futuristically offbeat Anti-Pop Consortium, M. Sayyid has provided hip-hop with some of the most out-there and zaniest lyrics that are notable for their breathless and strangely automaton-like delivery. Anti-Pop Consortium specialize in the kind of grooves you might expect to hear at a wine bar, one that would exist 100 years into the future and on another planet.

Slotted into the all too convenient category of “Alternative Hip-Hop” (the category many hip-hop artists are resigned to when they embrace the music and its culture but refuse the marketing tropes), the band has gone on to create some of the most alarming, ear-opening sounds heard in hip-hop. More influenced by Philip K. Dick and obsolete Atari Consoles than Public Enemy, Anti-Pop Consortium have crafted beats that challenge hip-hop’s conventional time signatures, opting for rhythms that shift and morph many times over, usually in the space of one song. Lyrically, they are in an orbit far off-course from the ones travelled by most rappers; with their surreal jumbles of dense verbiage, their rhymes become overwhelming collages on an already busy sonic canvas.

With the band currently on a lengthy hiatus (their last effort was 2009’s Fluorescent Black), each member continues work on individual projects. In 2016, Anti-Pop Consortium member Sayyid released his proper debut, Error Tape 1, a follow-up to his 2006 mixtape, Twilight Zone. Like the nonconformist singularities he produced in the Consortium, Sayyid creates in Error Tape 1 an uncomfortable spectrum of sounds and atmospheres. Each number on the album forges dangerously a path of aggressive dissension. This is hip-hop under the hazardous influence of some galactic, mutating force; the bastard offspring of some terrible monster. 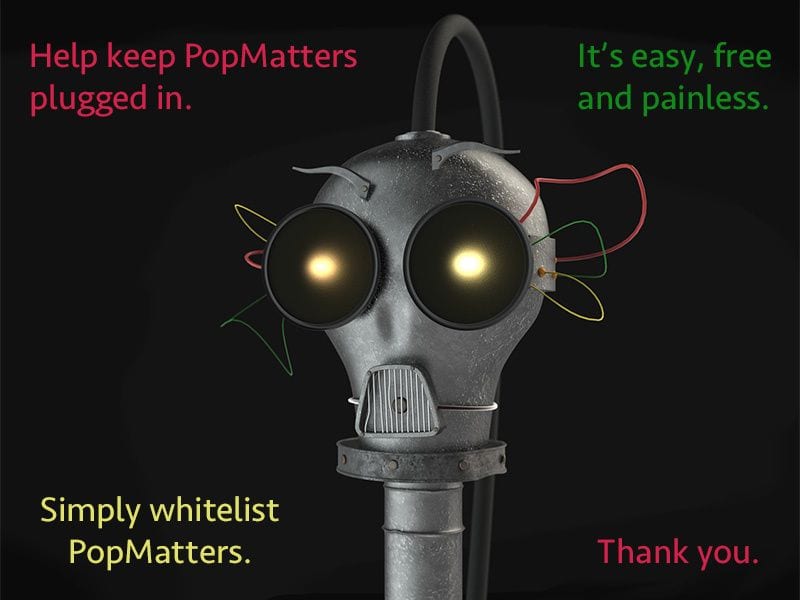 Few rappers have been brave enough to try what Sayyid has been doing for years; his hip-hop suffers brutal and fantastic experiments of Asimov-persuasions, though it remains pitched squarely at the dancefloor. If his work with Anti-Pop Consortium is any indication of his inventive proclivities, then Error Tape 1 is the chilling result of his impossible designs. Full of warped synth-lines and fractured beats, Sayyid’s debut (produced mostly by himself) is the work of a psychotic mastermind behind a trunk-load of gadgets, with MPC samplers knocking beats with TR-808s, the respective machines bullied to their clamouring deaths. His lyrics have a strange, twin-moon aura. The geometric, sci-fi narratives that are dispatched throughout are delivered in bending, breathless curves, the rapper pushing forth his rhymes with whiplashing might.

Upon its release, the album’s single “Eon”, a sourly eerie, rubber-banding jam that fulgurates with lightsabering rhymes, presented Error Tape 1 as a visionary work of uncompromising sound. It was appropriately accompanied by a stark and futuristic video clip depicting vacant alien territories. In it, Sayyid, a solitary figure, walks aimlessly around in a desolate city, wide-eyed and stunned. It’s a quick-grab at the imagination, a pulsing aural-visual conception that illuminates the rapper’s ability to capture an atmosphere that is expansive and cinematic, yet smartly condensed into the compacted structure of a pop song. Here, the idea of hip-hop as not just a culture but an always formative practice becomes extremely evident: rhymes riddle the sonic layers like spit-fire bullets and the bass rumbles and stretches across a strange and almost hostile panorama. “Eon” is but one of Error Tape 1‘s enterprising examples.

There is also “Quarterback Freestyle”, a slo-mo dub-shuffle full of sighing terror that raises the anxiety bar to paralyzing levels. The angular beat that bumps along maliciously on “Results” provides Sayyid the morphing bedrock on which to drop his acid poem. And on “LA Raiders”, the touch-tone deployments seem to extend to the exosphere, the synths beeping like a push-button telephone that an extraterrestrial is desperately trying to phone home on.

In Error Tape 1, M. Sayyid has created tunes to scare the bejeezus out of hip-hop heads everywhere. Full of abnormal bounce, minor keys and tangled catawampus rhymes, these are 16 numbers for the cosmic wine bar – where the Klingons get their bling on.

Error Tape 1 was recorded during the turmoil in Paris in 2015. But it doesn’t seem directly inspired by the events. What kind of headspace were you in when you wrote the album?

I was in a real “get it done” type of mentality. It wasn’t easy for a variety of different reasons; namely, the process of adjusting to another country. Then when the attacks happened, things got dark and more silent. [At the time] I was working at a warehouse for a friend’s fashion brand. I would be coming back from work and going to the studio, or working at the house, having to rely mostly on myself to final execution, tough, but necessary.

Things were strange because of the move. Definitely. I was in a transition. I’m ambitious, so pain is something I had to get used to — the pain of not knowing, language mainly. We had completed a large scale art project with French conceptual artist Loris Gréaud and my wife was working in French cinema as a set designer, so I looked at things from a work opportunity standpoint. But I hit the obvious wall of language and ultimately had to learn how to speak better French and be more self-reliant in terms of finishing final products.

Like the work you did in Anti-Pop Consortium, there’s a heavy sci-fi element and theme running throughout Error Tape 1. In the past, members of Anti-Pop Consortium have dismissed this element as intentional, but how much of the sci-fi inspiration has gone into Error Tape 1? The video for “Eon” has a certain Tarkovsky’s Stalker vibe to it.

Yeah that’s interesting. As someone from the inside, I have a hard time justifying it’s from sci-fi because that’s not what I’m intentionally trying to do. But I do agree it does have those elements that I think just stuck with me since I was a kid – the electronic fantasy, Star Wars, and their effects on my psyche and the music. For sure, there are similarities – just not conscious directions. Unconscious, probably yes.

Anti-Pop Consortium had a certain way they presented themselves in hip-hop. Looking at the album cover for Error Tape 1 and the video for “Eon”, there seems to be a very deliberate representation of the styles and themes on the album. What are you trying to put across and communicate with the visual component of your music?

I think I’m trying to express and visually support Experimentation in the design and the approach, musically.

You live in France right now. Having moved from the US. In what way would you say your new environment has developed your work as an artist?

Well, I think for sure the history of Paris has an effect on expectation. During my process, I’m reaching for the stars and reminded where I am when I’m walking through the streets; I’m in a special place that’s sometimes hard to put into words. But I’m dedicated to reflecting on a subject or object and bringing out the beauty in these things. From writers’ ink to the strokes of classic painters, all of that stuff is in the air. Main thing is just work, work, work to improve your skills.

Is there an Error Tape 2 in the works or any other material you are in the midst of recording?