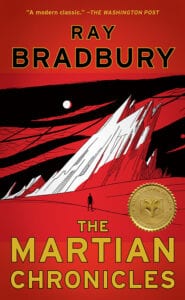 A sky churns with turbulent clouds, their underbellies tinged green… or red, or black. The air is thin, nearly unbreathable, and swirls of ash… or sand or dust… spiral in helixes over broken roads. On the horizon looms the skeletal black towers of a ruined city… or a spinning fleet of fluorescent blue UFOs, or an army of undead, or mountains of pestilent bodies, or the blazing fire bloom of a mushroom cloud. It doesn’t matter. What matters is that the end has come. Civilization is in ruins. The world is destroyed, be it by food shortage, or flood, or asteroid, or climate change, or zombie horde, or alien invasion, or pandemic, or nuclear war, or good-old-fashioned Wrath of God.

Apocalyptic fiction (also referred to as post-apocalyptic or dystopian fiction) paints these bleak pictures on the page, conjuring a narrative about destruction and survival that readers scarf down like so much soylent green. Biologist Peter Kareiva calls it “apocaholism”, this obsession human beings have with end-of-the-world scenarios, a fascination that stems from pessimism and schadenfreude (Butler).

Ray Bradbury’s The Martian Chronicles is a pivotal work of many genres. It’s science fiction. It’s literary. It’s horror. Most importantly, it’s apocalyptic—and not just once, but twice. Few novels have so successfully told stories of two apocalypses. The characters in Bradbury’s novel-in-stories live through the near-total extinction of the Martian race and the planetary destruction of Earth.

As put by Ursula Heise in her article “What’s the Matter with Dystopia?” the haunting, horrific visions in apocalyptic narratives “aspire to unsettle the status quo.” Be it a critique of commercialization, environmental neglect, unchecked technological advancement, or an unjust society, apocalyptic fiction has “a sincere intention to scare readers” into changing their ways and reneging their sins (Hicks, 6). The Martian Chronicles joins a long line of apocalyptic narratives that capture the essence of the time in which they were written, serving as cautionary tales against the corruptions of the present and the future horrors that might come.

The Maccabees and Mary Shelley: Humankind’s Long Literary Obsession with the End of the World

“The apocalypse is a big story—maybe one of our oldest as a species.”

The genre’s beginnings (between 200-165 BCE) are Judeo-Christian, rooted in fervently apocalyptic religious texts that sought to come to grips with terrible events in the devotees’ present: Jewish suffering during the Hellenistic domination of Palestine and revolt of the Maccabees, or Christian persecution by the Roman Empire (Lerner). This resulted in critiques of the existing social order in the Book of Revelations and Revelation of John, and prophesized events like the Second Coming and Last Judgment.

Religious texts established a three-part plotline, a millenarianism best illustrated by the Medieval triptych paintings of Hieronymus Bosch: 1. description of an approaching, imminent, cataclysmic event; 2. a transitional, chaotic time of judgment; and 3. a resulting world, either utopia or dystopia, paradise or purgatory, heaven or hell. This Judeo-Christian three-act structure—pre-apocalypse, apocalypse, and post-apocalypse—would thread through even the secular fictions written in the generations to come, including the two events described in Bradbury’s The Martian Chronicles.

In 1826, Mary Shelley published The Last Man, in which she describes the urban decay of human civilization, overtaken by nature in man’s absence. “Rome, the capital of the world, the crown of man’s achievements. Among its storied streets, hallowed ruins … by his habitation abandoned to mildew and weeds, that his power is lost, his race annihilated for ever.” While The Last Man is considered one of the first modern apocalyptic novels, a smattering of other such books were published before the mid-20th Century: H.G. Wells’ The War of the Worlds (1898), E.M. Forster’s The Machine Stops (1909), Yevgeny Zamyatin’s We (1924), and Aldous Huxley’s Brave New World (1932) (Heise).

However, it wasn’t until the overwhelming horrors of World War II that modern apocalyptic fiction entered its first major period of mass popularity. Much like its Judeo-Christian beginnings, the mid-century apocalyptic novel was a response to events in the authors’ present: a second world war in a single generation, mass crimes against humanity, two simultaneous Holocausts (one perpetrated by the Germans in Europe, the other by Japan in Asia), the US dropping of nuclear bombs on Hiroshima and Nagasaki, and the long Cold War with Russia and atomic hysteria to follow.

“Flourishing in the post-World War II period works like Leigh Brackett’s The Long Tomorrow (1955), John Christopher’s The Death of Grass (1956) and Pat Frank’s Alas, Babylon (1959) sought to represent the aftermath of some cataclysmic event that wipes out a majority of the human population, renders advanced technology useless, and leaves civilization in (literal and figurative) ruins” (Hoborek). There was also a slew of films: Honda Ishirō’s Godzilla (1954), Don Siegel’s Invasion of the Body Snatchers (1956), and Shigeaki Hidaka’s The Last War (1960), among many others.

The Martian Chronicles, Bradbury’s collection of literary pulps written well before its eventual publication in 1950, predates all of these novels and films, yet joins a long history of cautionary apocalyptic tales. In The Post Apocalyptic Novel in the Twenty-First Century, Heather Hicks writes, “Influential writers from across the globe have all taken up the same genre conventions in order to explore a range of urgent cultural, political, environmental, and economic questions” (6). These conventions have been true since the 1940s and ’50s, when the end of the world seemed plausible. This is the generation to which The Martian Chronicles belongs, this planet on a precipice that—due to unchecked international warfare, a surge of new, deadly weapons and technologies, and a push into space—might result in the destruction of society or extinction of the human race.