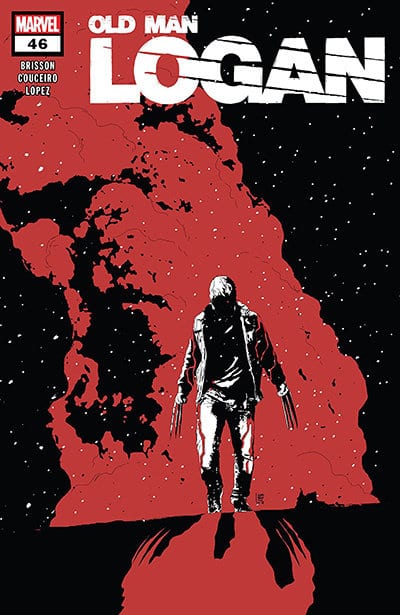 It’s not easy, watching a beloved friend or family member succumb to the ravages of age. It’s an inescapable fact of life, and in the comics world, Wolverine is facing such challenges. He’s not supposed to age, decline, or lose his sex appeal. This is a character that survived having the adamantium ripped from his bones by Magneto, endured multiple battles with Apocalypse, and kept his dignity after the Punisher ran him over with a steamroller. However, it’s because he’s not supposed to get old that Old Man Logan has such unique appeal.

He’s a version of Wolverine who’s losing his battle against the ravages of time. He can still heal, but he can’t be the same hero as before. His body and his spirit just won’t allow it. This new version of Logan/Wolveine is looking less and less capable of fighting with the vigor of days past.

Since taking over the series, Ed Brisson has been guiding Old Man Logan into the proverbial twilight of his story, and there’s a growing sense that the end is near for him. The adamantium in his bones is poisoning him, so his clock is ticking faster than most.

Old Man Logan tells the story of aging well, and with Old Man Logan #46, Brisson takes him one step closer to the inevitable, but not before putting him in position to be the best there is at what he does. That includes Logan as Wolverine teaming up with old allies, such as Alpha Flight. It’s one of Wolverine’s oldest affiliations that doesn’t involve clones or other living weapons. It’s somewhat fitting because Alpha Flight prepared him for the X-men. Now, they’re helping him prepare for his final days.

The tone of the story is not as somber as may at first seem. Old Man Logan is not necessarily broken up about his declining health. He’s not dreading the dwindling time he has left or that the mainline version of Wolverine is coming back to take his space. Brisson presents Old Man Logan as a man resigned to his fate, but not in a way that feels grim. He’s still Wolverine. He’ll still throw himself into the middle of a battle and stab things as only he can. 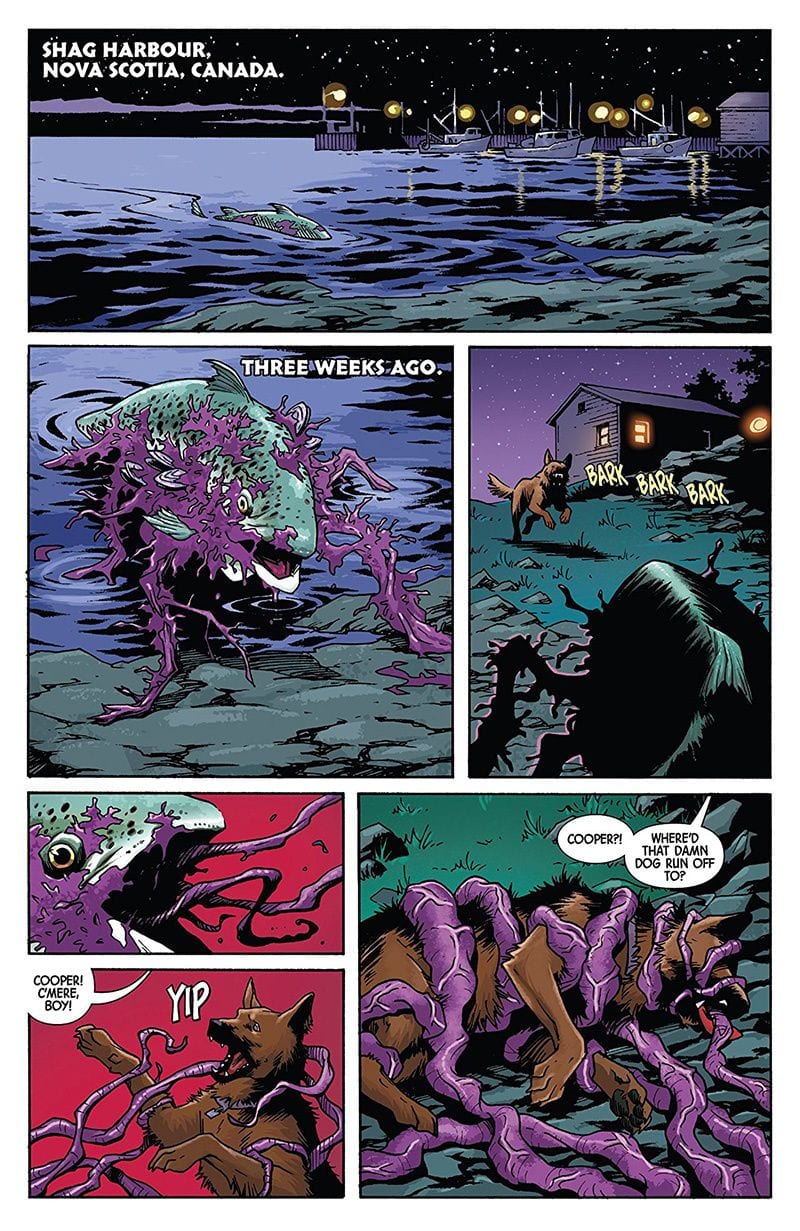 It does, however, create a unique backdrop for the part of the story that requires fighting and claws. It’s a fairly generic situation by Alpha Flight standards. There’s a small town in Canada that has been overrun by some purple alien plant monster. Not much is known or revealed about it, but it gives Old Man Logan and Alpha Flight a reason to team up. It has the common themes of an old-school monster movie, complete with mysterious origins for the monster and brutal deaths for innocent townspeople.

By Wolverine standards, it’s a typical Tuesday. However, a good chunk of the story is dedicated to reinforcing just how little time Old Man Logan has left. There’s even one revealing scene between him and Puck where he reveals something that few versions of Wolverine would ever admit without the influence of powerful psychics.

It’s not just that he can’t heal and the adamantium in his body is killing him. He’s tired. He knows that if he keeps fighting like a young man version of himself, people are going to get hurt, namely those he loves. He’s at a point in his illustrious, brutal life where he’s just ready to go. It’s one of those things people expect old men to say, but not Logan.

Puck and the rest of Alpha Flight don’t have a chance to respond, which is understandable when they’re fighting an alien plant monster. Damian Couceiro manages to include some solemn reactions through a dark, but appropriate art style. There’s a clear sense that Alpha Flight isn’t just brushing Old Man Logan’s dire condition off. They don’t get an opportunity to confront him about it, and Old Man Logan makes clear that he doesn’t want to talk about it. 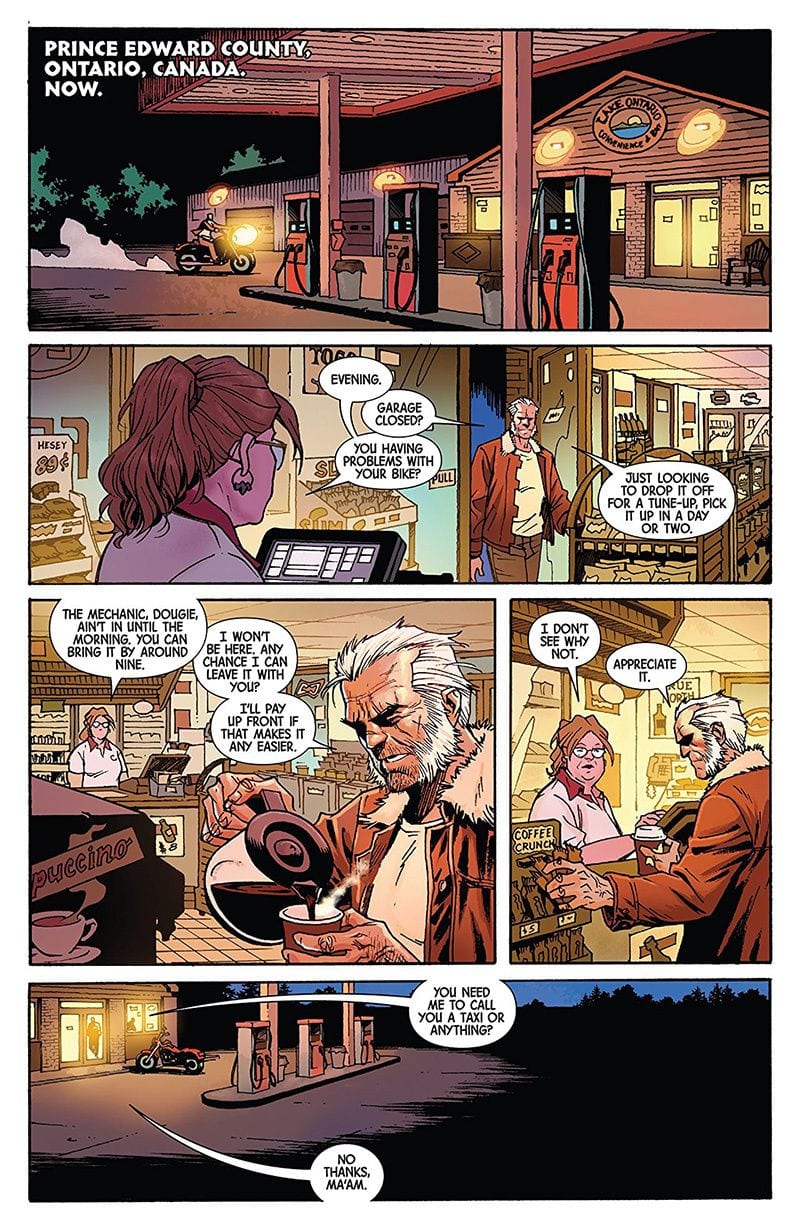 This sentiment has a meaningful impact on the battle against the alien plant monster. Old Man Logan #46 isn’t just Wolverine fighting another space monster with his fellow Canadian heroes. Brisson creates a predicament where every growl, slash, and grunt is pushing Old Man Logan closer to the brink. He can’t win the day by just going into a berserker rage and stabbing everything with a feral grin on his face. He has to fight knowing that he’s not going to heal from the wounds he incurs like he used to.

That makes Old Man Logan #46 and every subsequent issue more dramatic beyond the alien plant monsters. This isn’t just another tease about a major hero dying and setting up a subsequent resurrection story. This is a character who is ready to die and doesn’t want to come back. He wants to fight whatever battles he can before walking off into the light to rejoin his family. It’s sad on some levels, but refreshingly real in a way that is atypical of superhero comics, especially those involving Wolverine.

There are many times in Logan’s vast, convoluted history when his healing factor has been damaged and his ability to survive a battle are in question. However, Old Man Logan sets himself apart from his past by conceding to his vulnerabilities to some extent. There’s no certainty that he’ll heal from his condition because it has less to do with his powers and just more to do with the physical challenges facing the elderly. It’s a solemn story, but it’s not tragic. Old Man Logan is not done stabbing things just yet…