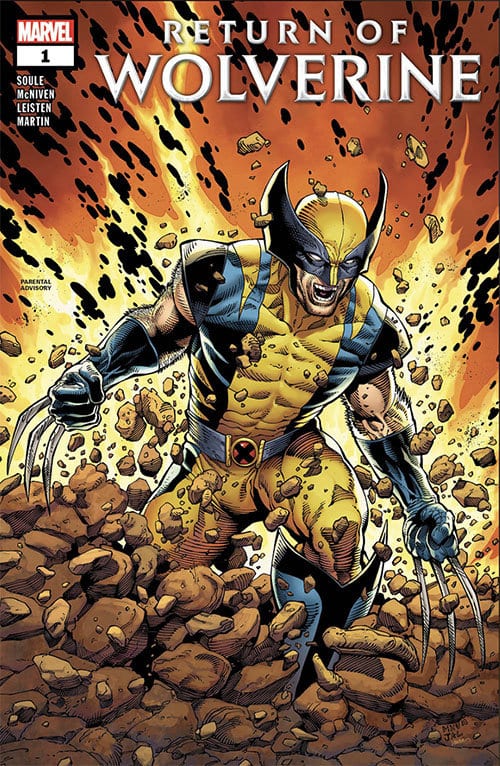 In 1992, the idea of killing Superman was unpopular. DC Comics still dared to try it and 20 years later, it ranks as one of the most dramatic stories in the history of comics. When Marvel did the same to Wolverine in 2014, it certainly had an impact on fans, but it didn’t resonate on the same level. It’s a bold move to kill one of the most popular characters in the history of comics but it’s not so unthinkable anymore, given how frequently characters die and come back to life.

With Wolverine, he never stays down long. Whether it’s death, heartbreak, or Hugh Jackman retiring from X-men movies, he’s largely defined by his ability to bounce back. Even in the years after Death of Wolverine, there’s never a sense he’s gone for good. Some of that is due to the multiple versions of himself running around in other X-books, which include Old Man Logan, Jimmy Hudson, and X-23. Like Superman, though, it’s only ever a matter of time and logistics before he comes back.

Even in an era when resurrected superheroes are fairly mundane, Charles Soule and Steve McNiven make an effort to bring something new to the table with Return of Wolverine #1. That’s not easy for a character who surprises nobody whenever he survives the impossible. While the story of Wolverine’s return has been unfolding throughout various tie-in comics over the past year, the particulars of his resurrection remain ambiguous. This story finally fills in some of those details while throwing in some extra intrigue.

At first, the setting is fairly familiar to anyone with a passing knowledge of Wolverine’s history. He wakes up in a lab, he’s covered in blood, his memories are foggy, and anyone wearing a lab coat or mercenary uniform has been eviscerated. Conceptually, it’s not that jarring. As Wolverine stumbles back into the world of the living, though, some nuance quickly emerges.

This isn’t a matter of somebody just digging up Wolverine’s body and fixing it with some elaborate, techno-babble medical treatment. There’s a larger agenda at work and Wolverine is just part of it. At the heart of that agenda is Persephone, a newcomer to Wolverine’s lengthy list of enemies. She’s not Mr. Sinister. She’s not Weapon X or a Weapon X knock-off, either. She’s a different kind of villain, but one who uses similar tactics to torment Wolverine.

From the moment he wakes up to the multiple gunshot wounds he endures, there are not-so-subtle signs that he’s being manipulated by this new threat. What sets Persephone apart from other adversaries, though, is how she goes about it. As Wolverine struggles to regain his identity, he gets some mixed messages about her. At one point, she sounds like another sadistic science type who thinks living weapons haven’t killed enough scientists yet. At another, she seems to be the key to helping Wolverine remember who he is.

She’s already in his head. She establishes that she has the means to help him. She even plays with his emotions and not in a way that enrages him, for once. It creates a strange disconnect within him. On the one hand, all these outside characters are telling Wolverine that Persephone is a monster who probably rubs elbows with Hydra agents. On the other, she’s this figure in his mind which helps him unlock his memories. Compared to other generic Weapon X stories, it feels genuinely compelling. 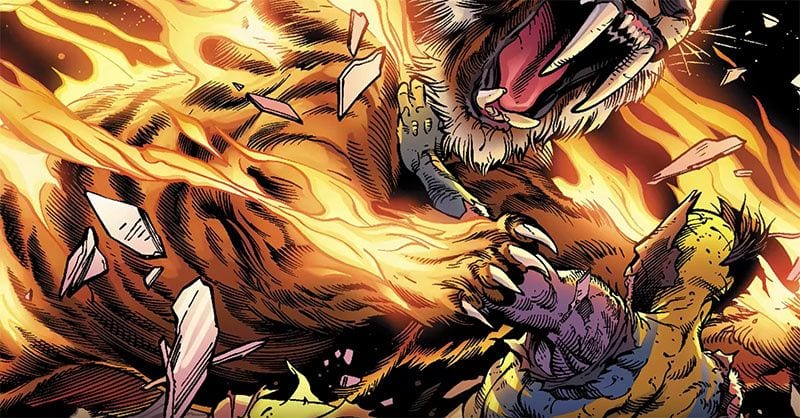 It’s a necessary change of pace for Wolverine’s rogue’s gallery, which has never been as iconic as those of Batman and Spider-Man. For the most part, most of Wolverine’s enemies are other former living weapons who lack his sense of honor or mad science types who lack ethical constraints. While Persephone shares some traits with Wolverine’s usual foes, she never comes off as a derivation. There’s a sense that she brings something new to the art of tormenting Wolverine. Him coming back to life is just part of her unique approach.

Persephone is the catalyst that makes the story in Return of Wolverine #1 worth telling. She gives a new meaning to the all-too-common narrative of a bloodied Wolverine waking up with gaps in his memory. As we learn more about her and Soteira, the shadowy organization she runs, the story feels less and less like the traditional stab-and-swear tropes. Even if nobody is surprised by his resurrection, it finds a way to feel novel, and that counts for a lot for characters with such a convoluted history.

There are also some attempts to incorporate that history into the story, but this is where Return of Wolverine #1 gets off-track. While many resurrection stories attempt to connect the present with the past, the connections Wolverine encounters don’t add much. As he navigates Persephone’s machinations, he encounters someone who reveals a minor detail about one of his most iconic costumes. It’s not a complete waste in that it adds something new to Wolverine’s overall narrative, but it takes precious time away from exploring Persephone’s plan.

Even with the unnecessary aside, Soule succeeds in making Wolverine’s resurrection important in an era when comic book characters come back to life every other week. It’s not just about him returning to the world of the living. It establishes new threats and new complications to Wolverine’s life. Thanks to McNiven’s detailed and colorful artwork, it’s also a sight to behold. Even if you expected him to come back, Return of Wolverine #1 does enough to make you glad he’s back.