Showtime’s Masters of Sex (2013-2016) focused on William Masters (Michael Sheen) and Virginia Johnson’s (Lizzy Caplan) pioneering work on sexuality. As the series opens in the ’50s and ends in the early ’70s, it touches on a great deal of social history, including gender politics, race relations, and sexual identity. At the center of the series are Bill and Virginia, navigating a complicated and often fraught landscape that goes from a complete rejection of their work to a national popularity that makes them household names. It’s an ambitious proposal to tell such a large story, but one that creator Michelle Ashford and her team of writers is prepared to tackle, mostly to great success.

One of the series’ ongoing themes is the inherent unhappiness of many of its characters. Bill is haunted by an abusive childhood that colors all his relationships, particularly those with his mother Essie (Ann Dowd), his wife Libby (Caitlin FitzGerald), and his children; Virginia is determined to not turn out like her own mother and frequently sabotages her own happiness; Libby is knowingly married to a husband having a long-term affair with Virginia; and Bill’s mentor Dr. Barton Scully (Beau Bridges) is a married, closeted man living a double life. This are many other characters who are allowed only a respite of contentment before they’re plunged back into their misery.

In many ways, this consistent inability to find happiness can be interpreted as a response to an inability to adjust to the huge changes of the time, regardless of how welcome those changes might be. There are also unmistakable similarities to AMC’s Mad Men (e.g., the time period and the internal angst of its main characters), though Masters of Sex never feels like a pale imitation. It’s a testament to the sharp writing and excellent acting that the series carves its own place, at times surpassing Mad Men in quality storytelling.

Masters of Sex
is strongest in its first two seasons. The excitement of getting their groundbreaking sex study off the ground—starting clandestinely and inserting themselves into the study—makes for an especially intriguing beginning. Unsurprisingly, their unorthodox methods coupled with such a taboo topic has negative consequences for the two. As Bill is unable to find the kind of unrestricted support he wants and Virginia has to constantly contend with sexist comments and behavior from others in the hospital, they eventually decide to go out on their own. Getting to that point involves jumping from several hospitals, opening their own clinic, and publishing their first book, the seminal Human Sexual Response (1966).

In trying to tell a story based about real people and real events, Masters of Sex takes plenty of liberties. Many of its most successful and memorable moments are tied to recurring or one-off characters. Whether it’s Virginia’s unexpected friendship with Dr. Lillian DePaul (Julianne Nicholson), one of the more surprising and moving relationships in the series, or Margaret Scully’s (Allison Janney, in an Emmy winning role) sexual journey, or the uncomfortable interactions between Libby and her young nanny, Coral (Keke Palmer), the series is able to fully realize these characters in ways that make their stories feel integral to the show, limited though their airtime may be.

The wonderful performances by Sheen and Caplan, whose seamless chemistry is communicated through lingering looks and conversations layered with multiple meanings, cannot be underestimated. The complex series of changes and unforeseen circumstances that their relationship weathers remains engrossing (even as they can frequently be unlikable), in large part thanks to the charm of its leads. Similarly charming is Annaleigh Ashford as Betty DiMello, initially a lesbian sex worker instrumental in helping Bill start his study, and later the office manager for the Masters and Johnson clinic, is a standout. Ashford’s no-nonsense Betty is as consistently funny as she is heartbreaking. Her relationship with Helen (Sarah Silverman) is beautiful and tragic, and Ashford is able to straddle both sides of Betty’s life perfectly. 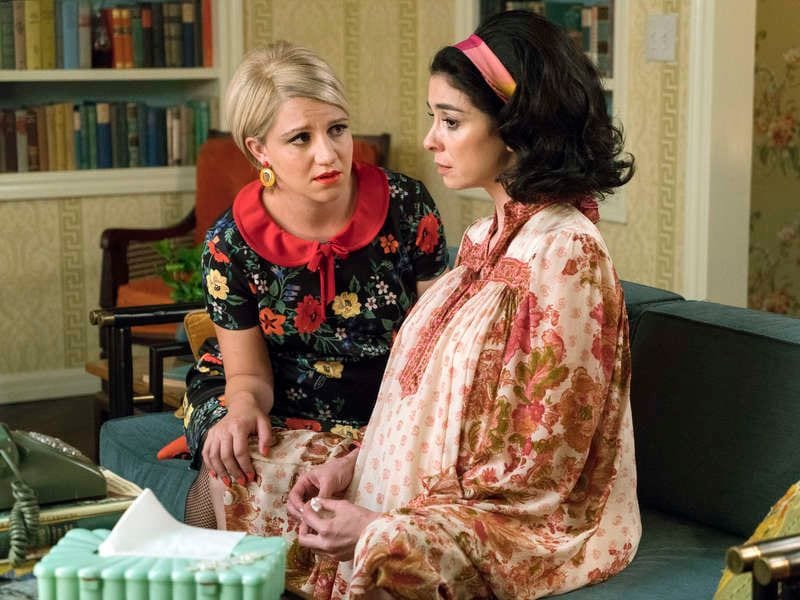 Masters of Sex consistently depicts sexual scenes, and there are several per episode, but without any exploitation. Nothing is ever gratuitous and there’s a purpose behind every one of those scenes. They’re not meant to titillate, in fact they rarely do in their clinical context, but rather to show the ways in which sexuality changes and remains the same all at once. As their work begins to move them in the direction of sexual dysfunction, Bill is fixated on curing impotence, while Virginia is as concerned with female sexual dysfunction. She’s often the one to push their research further, as her enthusiasm and natural intelligence for the work are sparked not only by breakthroughs and hypotheses proved, but also by her tendency to move the research to new, untapped fields. The ways in which Masters and Johnson move their work forward is in no small way indebted to their work on female sexuality and the many myths they debunk.

Masters of Sex works as well as it does because it understands the time period it inhabits wonderfully, and also because the characters are fleshed out and allowed to grow as social strides are made. As the show was cancelled in its fourth season, it never got a chance to delve into the controversial, and now thoroughly discredited, gay conversion therapy Masters and Johnson would go on to champion. Though it’s hinted at in the finalé, it’s also possible that the story could have been altered, as other fictionalized elements in the series clearly have been. After all, much of the success of rooting a series in such a seminal time in modern American history is how it presents modern-day parallels. Masters of Sex managed to do a great deal in four seasons; it’s daring, surprising, and often beautiful, owing much to its stellar cast and writing staff.

Mill Creek’s Blu-ray release includes many special features that should be familiar to those who already own previous releases, including some featurettes and many deleted scenes, though there are still some new featurettes and the lone commentary track, for the pilot episode, for the entire series.