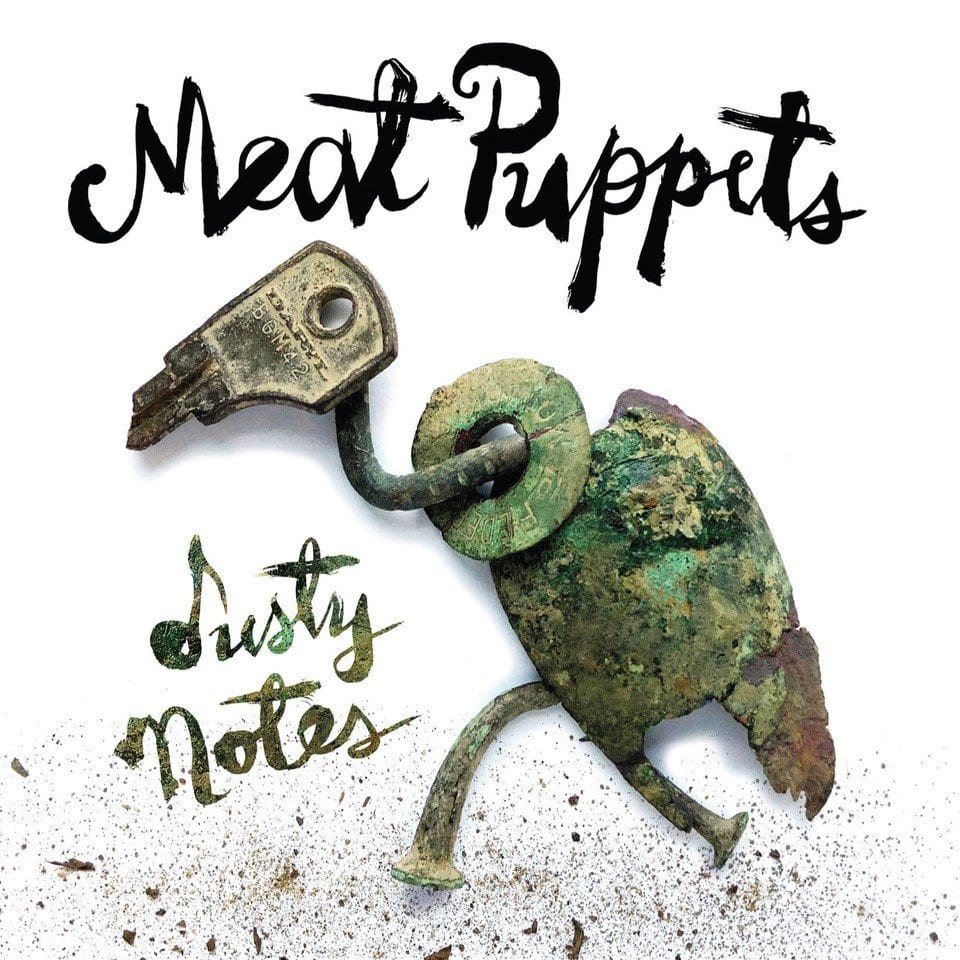 Meat Puppets had a good thing going for a while. In the dying days of the MySpace era, the legendary Arizona band’s frontman Curt Kirkwood took to the internet to ask fans if they were interested in seeing a reunion of the original lineup. Drummer Derrick Bostrom turned out not to be interested, making the reunion only two-thirds successful. But the Kirkwood brothers didn’t let that stand in their way as they went on to record four new albums of material from 2007 to 2013 with drummers Ted Marcus and later Shandon Sahm.

After 2013’s rather stellar yet overlooked Rat Farm, the band appeared to take a break from recording. Lots of gigging ensued and the Kirkwood brothers were eventually properly reunited with Bostrom when Meat Puppets were inducted into the Arizona Music and Entertainment Hall of Fame. Not only did the band allegedly put on a great little show for the occasion, but a connection with Derrick Bostrom was reestablished. When Shandon Sahm told the band that he was moving out of the country, they offered his spot to Bostrom, who took it. Dusty Notes marks the first album to be recorded by the original Meat Puppets lineup since 1995.

To say there is a lot riding on Dusty Notes is an understatement of 1980s college rock proportions. These are the same three men who recorded Meat Puppets II, an album that made such an impression on the late Kurt Cobain that he chose three of its songs to include in Nirvana’s MTV unplugged performance. If you prefer your Meat Puppets to be less garagey and more psychedelic, then Mirage is your benchmark. Despite the mainstream success it represents, many devoted fans still have a lingering fondness for the 1994 best-seller Too High to Die and its flagship single “Backwater”. Does Dusty Notes live up to such a rich past? If you are already a fan, then it doesn’t need to. If you’re on the fence and need a little convincing, then the simple answer is yes.

The question becomes more difficult if you try to pin Dusty Notes to a particular point in the band’s past. There’s their punker-than-punk debut, the carefully arranged Mirage and Forbidden Places, the meat-and-potatoes rock of Huevos, and the heavy tilt of No Joke! to use as reference points, but none of these feel entirely appropriate. If anything Dusty Notes sneaks away pieces of warped Americana from various deep cuts of previous albums and give them a mature twist befitting of the 21st-century Meat Puppets. It finds the band embracing their firm grip on the Grateful Dead and the Band while still allowing the psychedelic shading to alter their character just enough. It’s everything you have come to expect from a band that, long ago, dealt in the unexpected. To top it all off, Curt Kirkwood can still write a song incapable of leaving your head. As Bostrom told him during the recording sessions, “You know what people are gonna do after they listen to this? Listen to it again.” And that’s not just talk.

Bolstered by keyboard contributions by Rob Stabinsky and some extra guitar from Curt Kirkwood’s son Elmo, Dusty Notes is the most sturdy Meat Puppets album since their last one — and the one before that, and so on. “Warranty” gets things started perfectly, a piece of pastoral country rock, drenched with soaring guitar echoes and driven by oink-per-beat polka. “Take a look at what I am / You’re looking through the invisible man” goes the ascending chorus, almost as if it were designed to forecast as well as announce a triumphant album: “Satisfaction cannot be guaranteed / When you don’t know just what you see.” Under different pop culture circumstances, “Warranty” could become as ubiquitous as “Backwater” was in the ’90s, it’s that good.

With “Nine Pins”, Curt Kirkwood convinces the listener that his originals can coexist with, and maybe even be mistaken for, old country. Hell, it’s even more convincing than their cover of Don Gibson’s “Sea of Heartbreak” which finds Ron Stabinsky stuck in faux saloon pattern. “Nine Pins”, on the other hand, has rolling banjos, a gleeful organ, and some down-home vocal harmonies setting the scene with the refrain “and the moon shines down.” If you are a fan of Murmur-era R.E.M., “On” will do nicely. The melody to “Shaking Through” melds with the brisk waltz time of “We Walk”: “Like an old broken record / It just keeps on playing on.” It isn’t until “Vampyr’s Winged Fantasy” that Meat Puppets let things get a little freaky. Here, the band let go of the Americana crutches and make a grab for their No Joke!­-era bluster without a care for how it will strike the listener. The father and son team of guitars squall together in a psychedelic freak-out that makes the song’s 3:39 length too short.

Now that the three original members of the Meat Puppets are once again an active band, the pressure is on. You can almost see some of their flock leaping to their phones or keyboards, ready to split hairs to bring you news of how Dusty Notes doesn’t measure up to Up on the Sun. Feel free to ignore the skepticism and pessimism. Derrick Bostrom proclaimed the Meat Puppets to be a “national treasure” for a reason, and that’s because quality and fun have been equally balanced ingredients in their best work. Dusty Notes bears that mark.