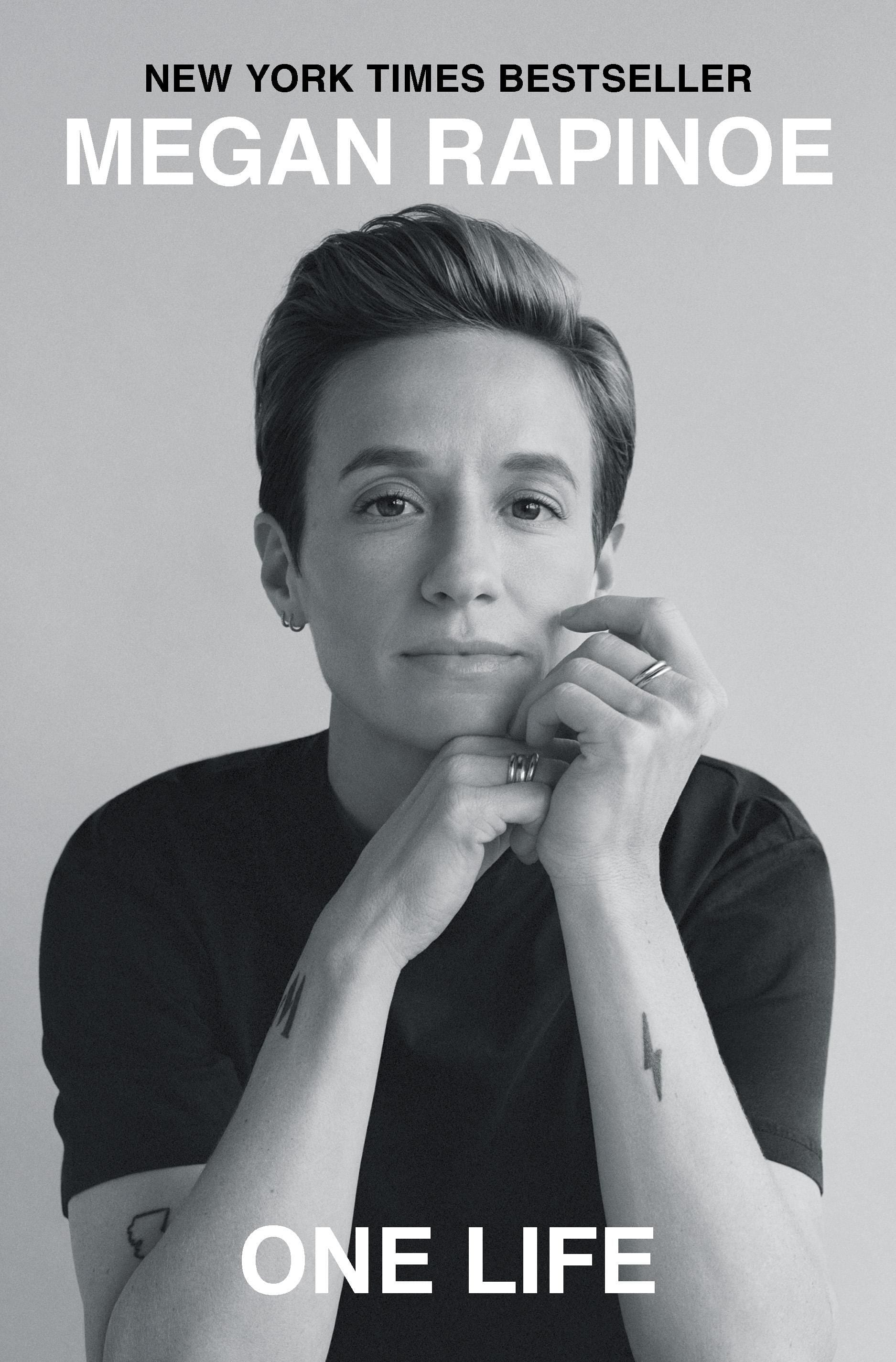 I’ll be honest: the genre of sports memoir is a little, er, out of my league. The closest I’ve previously come to reading something sports-related is Haruki Murakami‘s What I Talk About When I Talk About Running, which of course is primarily about writing, not running.

But Megan Rapinoe‘s memoir was one I simply could not resist. The professional soccer star who co-captained the US National Soccer Team to gold at the FIFA Women’s World Championships in 2015 and 2019 achieved stardom on the soccer field (which I do not follow), but has also forged a progressive reputation in the political field (which I do) for fearless and principled stands on issues like racism and LGBTQ rights. Wherever prominent Americans are speaking out for the rights of the marginalized her name inevitably appears. I was curious to square my limited familiarity with her politics with a deeper understanding of who she is as a person. Her new memoir One Life seemed the perfect conduit, and it did not disappoint.

Written with the aid of author and journalist
Emma Brockes, One Life is attractive not for any literary pretensions but for its simple, honest storytelling. There’s a comforting down-to-earth quality to Rapinoe’s narrative. The youngest (along with her twin sister Rachael) in a family of eight, raised by hard-working middle-class parents in the semi-rural town of Redding, California, Rapinoe and her sister latched on to soccer at an early age. Road-trips and weekend practices kept them busy (and out of the grip of America’s opioid epidemic, which ensnared her older brother Brian: she discusses the epidemic and America’s penal industry at length in the book) and eventually sent them to the University of Portland on soccer scholarships. Rapinoe’s talent was such that she was quickly scouted by professional recruiters and selected for US National Teams, and the rest, as they say, is herstory.

Rapinoe’s story has plenty of what I’ve always imagined good sports memoirs to have: inspiring accounts of hard work and perseverance paying off; grappling with setbacks and defeat and redoubling one’s efforts so as to come back stronger. Rapinoe’s method of dealing with failure is simple and effective: learn from it and try harder. Her accounts of key games are told with a sense of well-paced action that even I (not usually a sports fan) found exciting.

But the training, hard work, and competitive spirit are coupled with what drew me to the book–an impassioned account of her political awakening and of why it’s important for professional athletes to use their platform to stand up for the voiceless and marginalized. Rapinoe realized she was a lesbian in her first year of university (the discovery filled her with a giddy excitement, and her account of this moment is priceless), but while she didn’t subsequently hide her sexuality it also wasn’t something she was explicitly public about. In this she was like many of her colleagues, she explains.

There are plenty of other lesbian professional athletes–including some of her teammates–but for years this wasn’t common public knowledge. In the wake of soccer’s rising popularity in America (the result in large part due to her team’s strong performance) this began to trouble Rapinoe. Although they were all suddenly in the public spotlight, the public didn’t seem to realize any of them were lesbian. It was on the flight home from the 2011 FIFA tournament in Germany, she recalls, that she decided it was time to take a more public position.

“Coming out, I understood now, was not a zero sum game, but more of a process. I wasn’t in the closet, but no one in the press knew I was gay and that aspect of my life wasn’t part of the conversation. Saying something now might be impactful…Not talking about my sexuality felt intuitively bad, like I was operating a policy of don’t ask, don’t tell, or flying deliberately under the radar. ‘I’m gay, and an athlete, and I just want to be out,’ I said. I looked down the aircraft at all the other gay players, most of them older than me. Why am I not out? I thought, impatiently. Why are we all not out?”

Rapinoe did come out. Not immediately, but over the next few months she began doing interviews about her sexuality and making it a more prominent part of her public persona. It saddened her, she writes, that so few of her lesbian teammates followed suit. Many of them took the position that their sexuality shouldn’t be a big deal. Why make a public issue out of it?

“This missed the point,” she writes. “If you’re a prominent athlete, coming out isn’t for yourself but for others. Until everyone can come out without it being a big deal, nobody gets to ‘just’ live their lives. And the more people who come out, the more we break down the stereotypes of what it is to be gay.”

It also made her acutely aware of her own privileges. Rapinoe maintains a matter-of-fact approach to humility throughout One Life. While aware that her success is the result of hard work, and acknowledging that her hard work has made her a great player, she also recognizes the many privileges she benefits from that made it possible for her to achieve success–supportive parents, the social capital of a white, working-class family, and so forth. This balanced understanding of the interplay between privilege and personal integrity also extends to her public coming out, and the fact she was so widely supported when she did.

“I also started to understand the privilege of coming out as a female athlete. I came out and it was applauded; that’s not the universal experience, or, probably, even the norm. For the first time, I began to realize it was about more than being gay, and that there were other factors at play. I was affluent and white, and I had a platform, all of which shaped people’s responses to me…I understood that people without my protections were struggling.”

This, she emphasizes, is why it’s important for professional athletes and other prominent figures who benefit from similar protections to come out publicly and use their privilege for the broader social good.