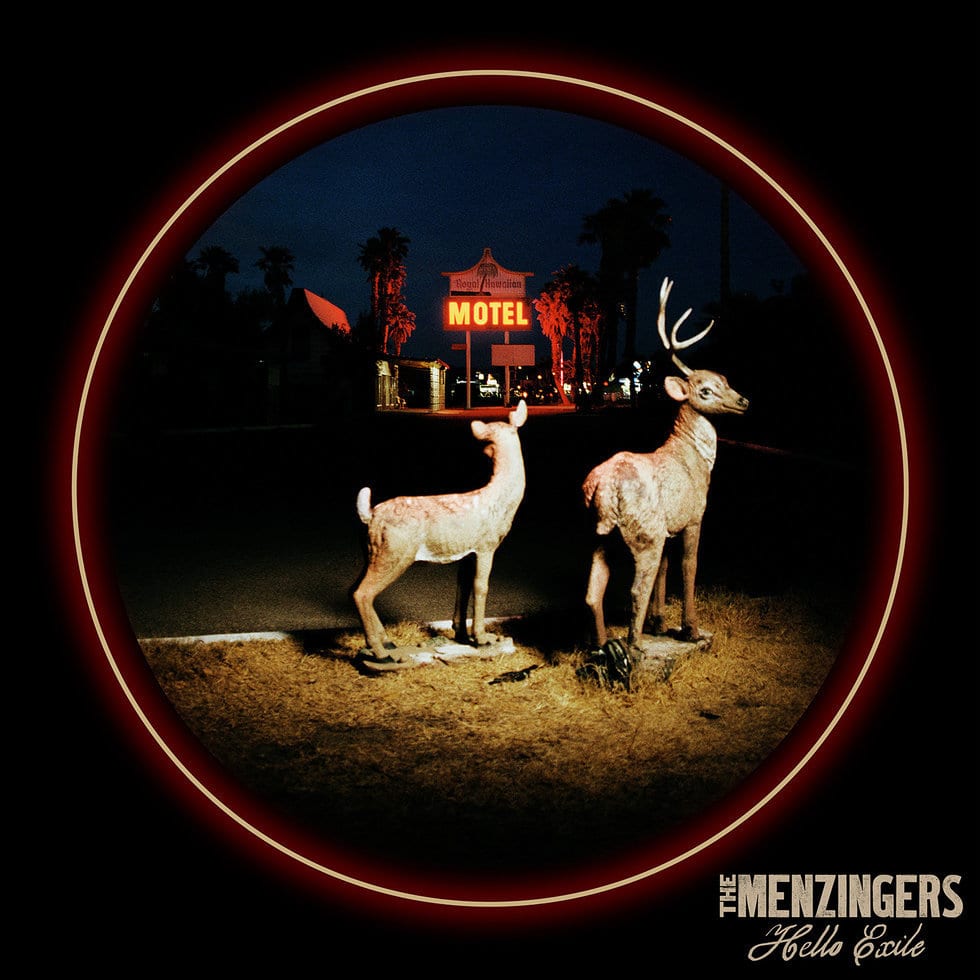 After the triumphant critical and commercial success of their superb album 2017, After the Party, the people’s punk rock band, the Menzingers return, older, a little wiser but also as bewildered, lost and anxious as the rest of us.

The new album, Hello Exile, finds the group tentatively navigating the unpredictable waters of their early 30s, and quickly finding out they’re just as ill-equipped as they were in their 20s. As with all of their best work, main songwriters, Greg Barnett, and Tom May are somehow able to translate their own life experiences into universally relatable, hook-filled songs. Whether it be loss, decaying relationships, or the redemptive power of friendship, the Menzingers articulate those feelings in a way that few modern rock bands can.

Taken in that context, it would be impossible for the band to have written After the Party part two. While that album was a stark reflection on getting older while retaining a youthful, mischievous glint in its eye, Hello Exile is a far more world-weary, mature record.

Musically, Hello Exile is their most sonically diverse album to date. With producer Will Yip once again handling the controls, the band has expanded their palette to include elements of classic rock, Americana, and a light sprinkling of country. The result is a polished, wide-screen rock record full of hooks, heart, and melodies.

“America (You’re Freaking Me Out)” opens the record in bombastic fashion. Like their best songs, it builds like a rolling wave before breaking into the kind of heartfelt, memorable chorus that most bands spend their entire careers trying to write. With crackling guitars and pounding drums, the band wrap all of their experiences crisscrossing the country into a razor-sharp social commentary on the country they love. Amongst the cutting, perfectly observed lines lie the soon to be classic “what kind of monsters did our parents vote for”. In one fell swoop, Barnett manages to lay bare the open wounds of division in society with the young and old often standing on opposite sides of the same precipice.

The first single, “Anna”, is a melodic, widescreen rock anthem. Again Barnett shows his gift for painting a nuanced picture of urban living with vividly rendered characters, so real they could be walking by you in the street. On “High School Friend” the Menzingers channel their influences, most notably Tom Petty and Springsteen, into a poignant song about the importance of friendship. Particularly, the bond and understanding you share with those you grew up with, especially when it comes to handling a personal loss.

“Last to Know” is a little more frayed with the song circling a stinging, spiky riff. With vocals by co-vocalist Tom May, the band explores more of the space in their sound to dynamic effect. “Strain My Memory”, is at its heart, a bruised, painfully honest love song. Barnett’s lyrics artfully capture a couple wrestling with the big questions in their relationship as they vow to endure despite the odds being stacked against them.

Inspired by Tolstoy’s Anna Karenina, “Strangers Forever” is the band at their anthemic best. Barnett takes the idea of gradually becoming a stranger to someone you know intimately to inform a set of lyrics full of fleshed out, believable characters. As the song builds to its emotionally battered chorus, Barnett balls up their pain as he cries, “Maybe it’s best we pretend like we never met / Forget everything that we’ve ever known / Maybe it’s better we both stay strangers forever.”

While not possessing such a distinctive theme as After the Party, the title song acts as the emotional heart of the album. “Hello Exile” marks the point where the threads are pulled in, leaving a palpable sense of isolation and hopelessness with the lyrics pointing to a real sense of displacement. However, It’s the band’s exploration of melody that stops it from coming across as suffocatingly bleak. Musically, it’s one of their most diverse pieces yet, betraying clear Americana influences with a memorable, hummable lead guitar line.

May takes over on the more uptempo, “Portland”. It’s a poetic ode to the places that will always have your heart. “I Can’t Stop Drinking” is the long, intense hangover after the party. It’s Barnett at his most introspective, vulnerable and unflinchingly honest. Fittingly, it’s a remorseful, bar room waltz with Barnett finally able to see how the demon drink is affecting himself and his relationships.

The rollicking, “Strawberry Mansion”, quickly raises the tempo. With a barreling riff, the band shift to whirling, hard-rocking mode on a song that warns of the perils of climate change. The album concludes with a heartfelt paean to both a departed friend and the end of innocence, “Farewell Youth”. Leaving little doubt that the Menzingers are a different band to the one that wrote After the Party, it ends the album on, not so much a full stop, but with a “to be continued”.

As ever the Menzingers have grown with their fans as they address the everyday obstacles we all face with unmatched authenticity. Hello Exile is the Menzingers’ most thematically heavy and emotionally weightiest album, as well as their boldest and most self-assured.