“It Never Entered My Mind”, the great Rodgers and Hart showtune, is notable for being a ballad that opens a jazz record. While it’s not unheard of to have a slow number rather than a “barn-burner” opener, it is somewhat rare. It’s not surprising that Davis was attracted to this tune. Its relatively simple, yet beautiful, melody leaves plenty of room for embellishment. Paul Chambers’ pedal point on bass coupled with Red Garland’s augmented chord sequence on piano give Miles an attractive backdrop over which to play. Both Davis’ and Garland’s solos are quite poignant in their spare, minimalist constructions. Davos’ signature Harmon mute especially fits the heartfelt, at times heartbreaking, vibe of the song. 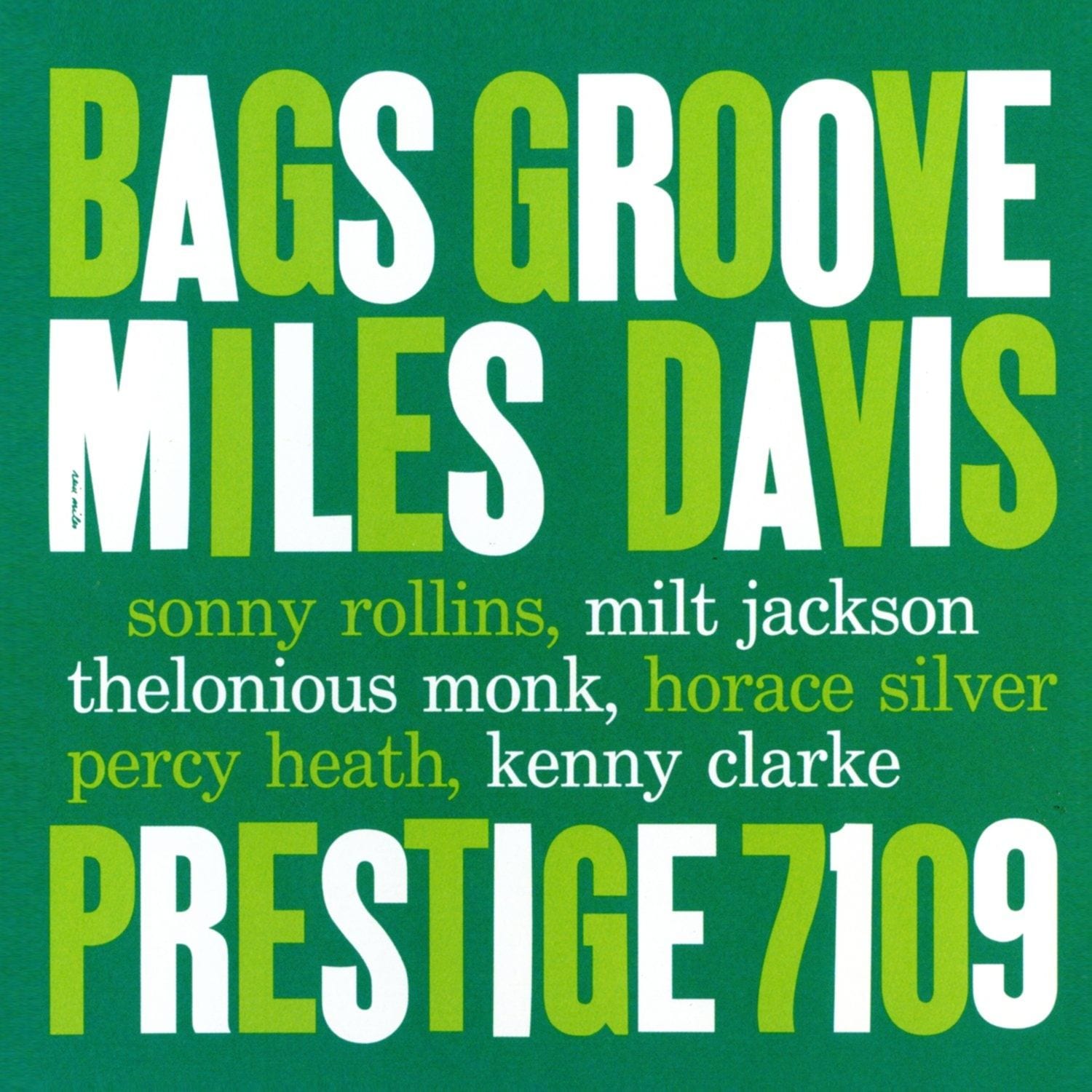 This Gershwin standard has been covered so often by so many musicians that most people have probably heard it, rather they realize it or not. There’s more to the tune than its memorable usage in Woody Allen’s Manhattan and Rob Reiner’s When Harry Met Sally…, though. Its relatively slow-moving chord progression makes it a popular one for young jazz musicians to hone their chops on. In the hands of Miles Davis, we get a medium-tempo-ed, hard-swinging tune that demonstrates both Miles’ and saxophonist Sonny Rollins’ abilities to construct sublime improvised melodies out of nothing more than a basic chord progression with the help of a killer rhythm section (in this case, Horace Silver on piano, Percy Heath on bass, and Kenny Clarke on drums).

Seven Steps to Heaven is notable as the last Miles Davis studio recording to feature any standards. Starting with E.S.P., Miles would record almost exclusively original compositions, written by both him and his band mates. “I Fall in Love Too Easily,” originally performed by Frank Sinatra in the movie Anchors Aweigh, shows us a band in transition. Miles is joined by Victor Feldman (piano), Ron Carter (bass), and Frank Butler (drums). The harmonically experimental, melodically complex tendencies that would characterize the classic Miles Davis groups of the mid- to late-1960s are burgeoning on this track. While the tune’s original structure is clearly recognizable, the group is embellishing the melody and substituting the chords far more liberally than in earlier Davis standards recordings. 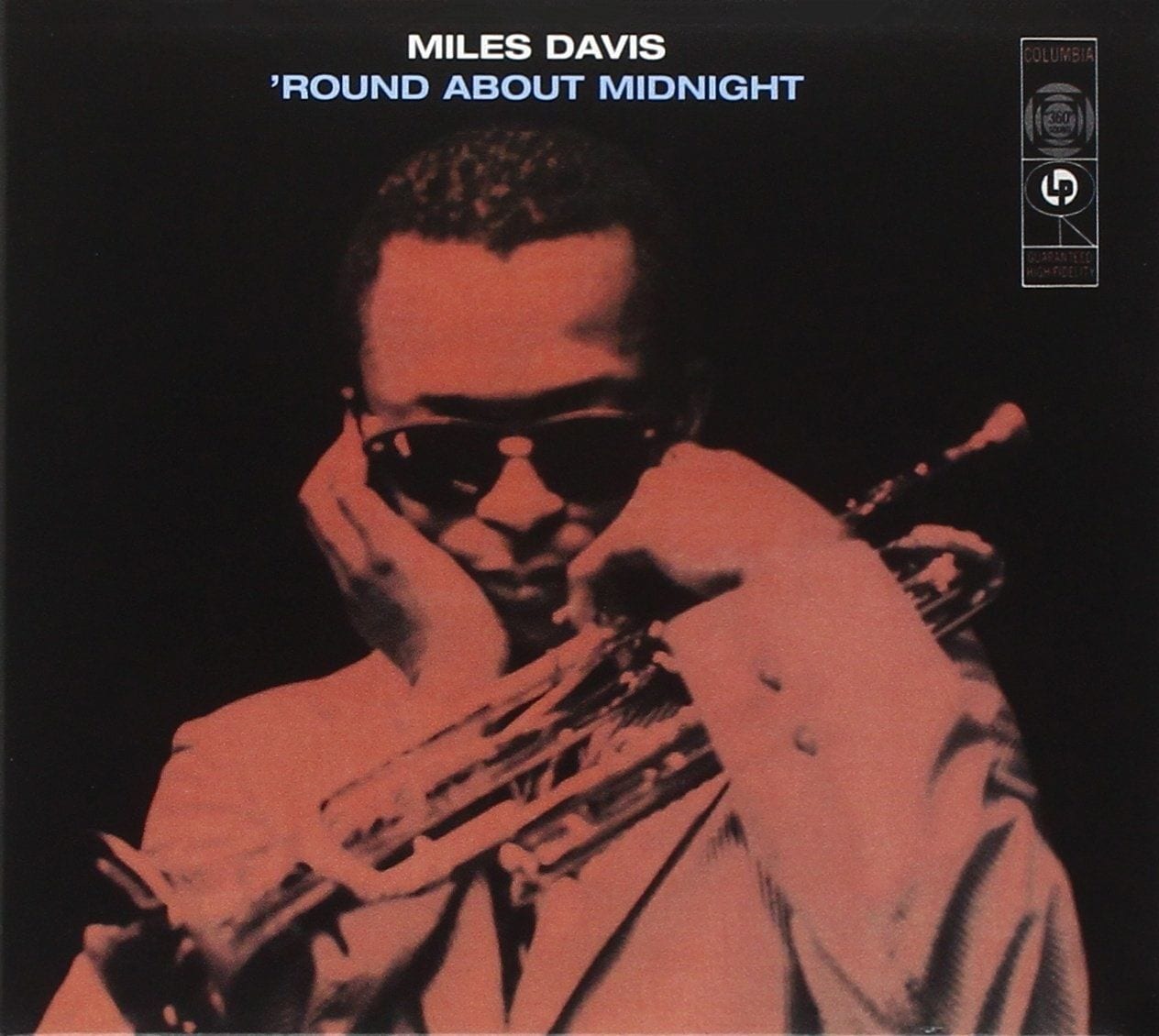 This 1957 version of “Bye Bye Blackbird”, one of the most covered tunes in all of jazz, is great for a plethora of reasons. First and foremost, it’s an amazing case study — a compare and contrast, if you will — of the late 1950s improvisational styles of Davis and John Coltrane. Miles’ solo is a master class in poignant minimalism, whereas Trane is clearly honing his “sheets-of-sound” concept, although it would be a couple years before it came to full fruition. Philly Joe Jones dances on the drums, playing light, airy drag triplets on brushes during parts of the head and, inspired by Trane’s fire-y improvisational style, switches to double time during the sax solo. Then there’s Red Garland’s infectiously tasteful blues-inflected piano solo. 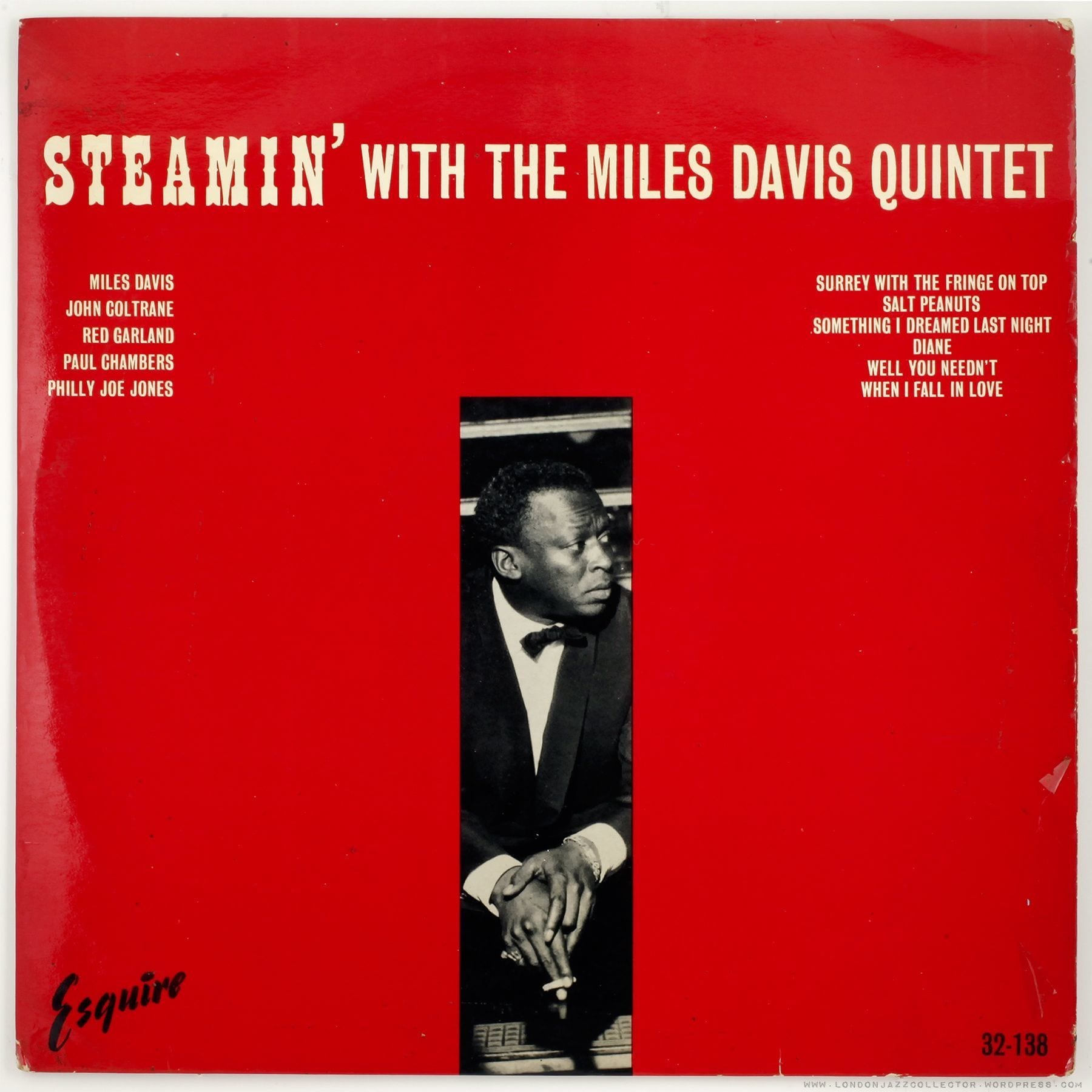 Here Davis walks the difficult tightrope between “brilliant” and “cheesy” without falling off. Most people know the tune “Surrey With the Fringe on Top” from the famous Rodgers and Hammerstein musical Oklahoma! If anyone can make a song associated with rural hokum seem hip, it’s Miles Davis. After an intense, deliberately misleading introduction by the rhythm section (Red Garland on piano, Paul Chambers on bass, and Philly Joe Jones on drums), Davis plays the melody with the kind of easy, laid-back feeling that invokes actually riding through the country on a surrey with fringe on top. As always, Coltrane shakes up the proceedings with his caustic tone and melodic runs. 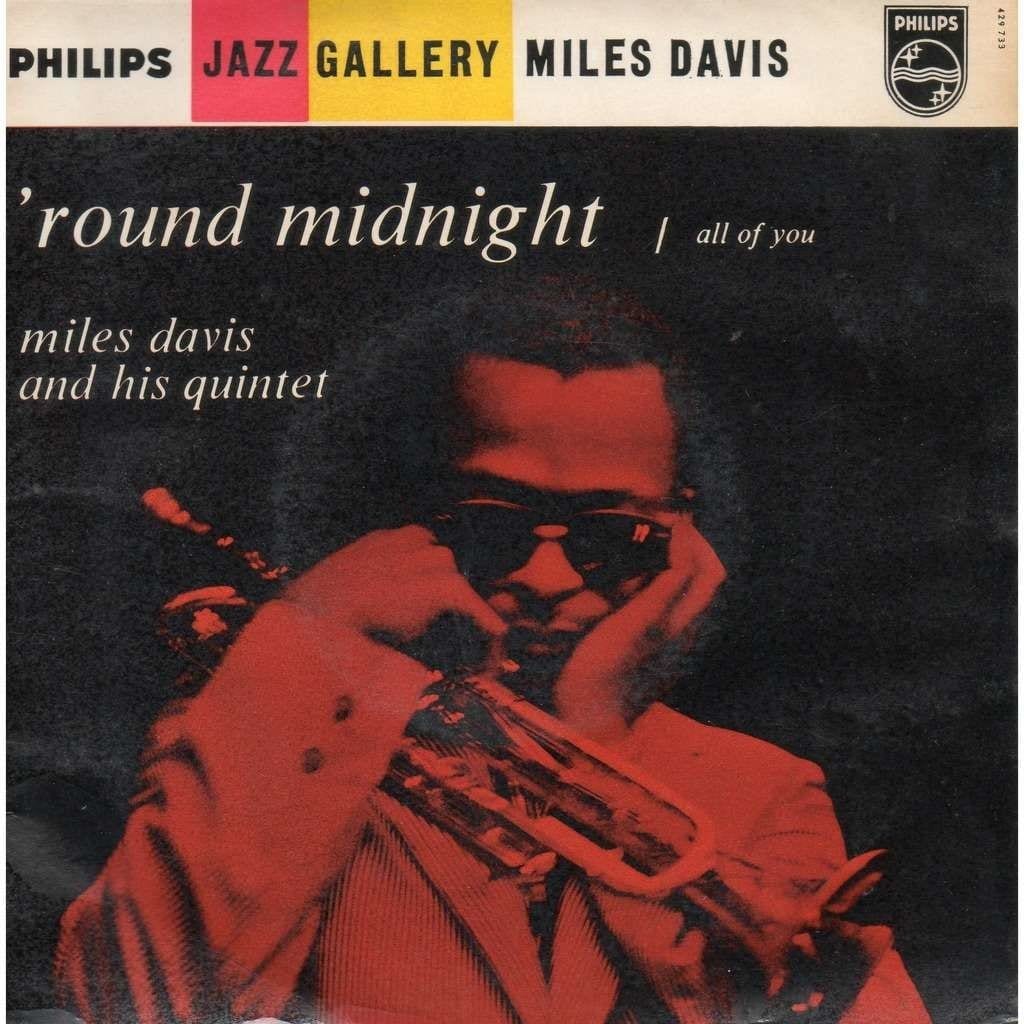 The Cole Porter standard gets the easy-going, up-tempo treatment here. ‘Round About Midnight was Miles’ debut on Columbia Records. This ensemble (Miles with Coltrane on tenor saxophone, Red Garland on piano, Paul Chambers on bass, and Philly Joe Jones on drums) had played together for some time before recording this album. During their time on the Prestige label, they mastered the art of covering the pop standard with competence and originality. “All of You” represents the culmination of this epoch of Davis’ career. The rhythm section is so tight on this track that it sounds like a well-oiled machine, yet is still flexible to the needs of the soloists. Davis’ and Trane’s solos seem so effortless that their notes practically float off the record.

4. “I Could Write a Book” (Relaxin’ with the Miles Davis Quintet) 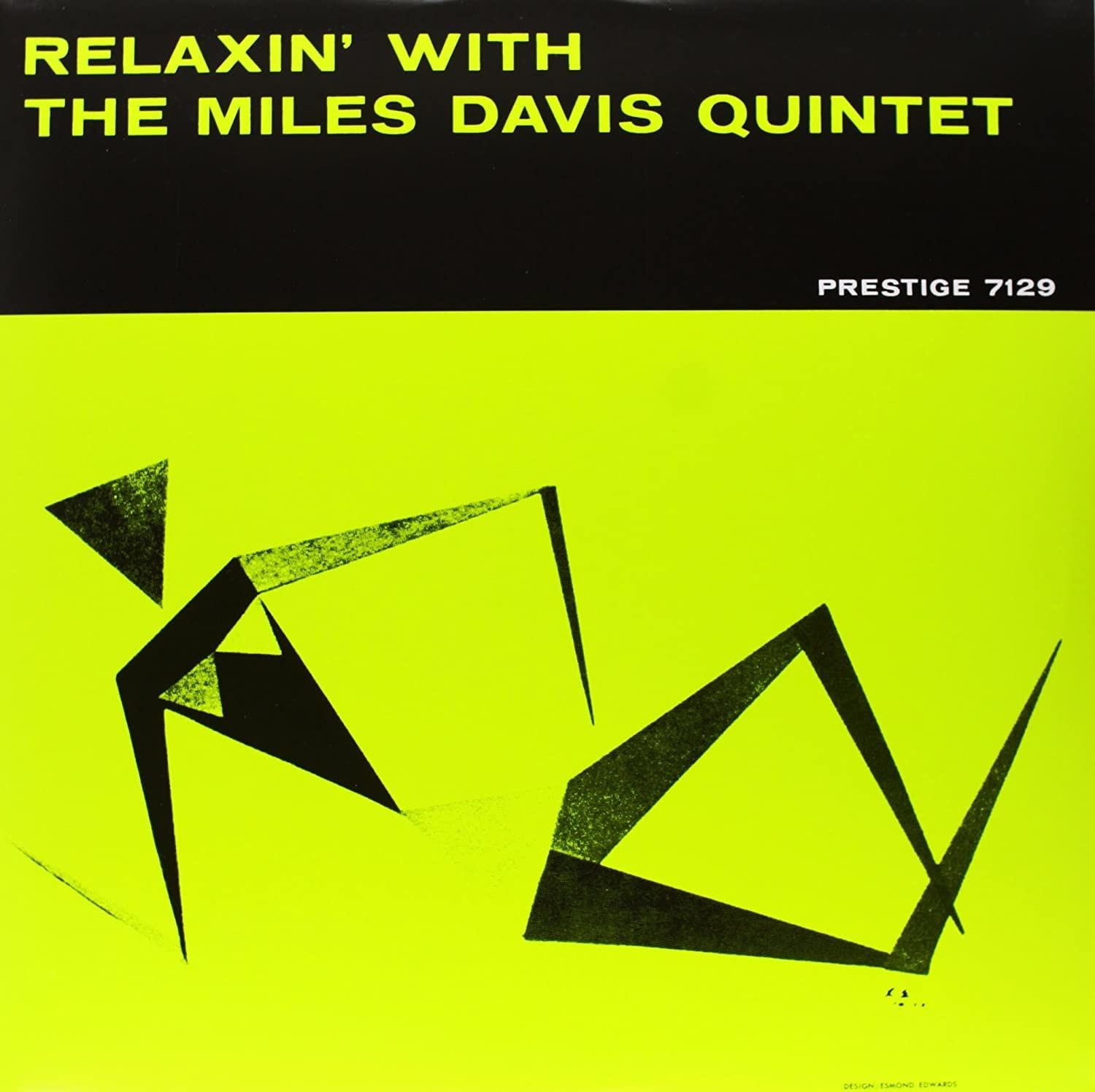 Red Garland starts this Rodgers and Hart tune with a furry. He improvises an angular, bebop-inspired line that establishes the track’s high-energy, virtuosic vibe. Philly Joe Jones’ drumming is really something to behold on this song, as he provides the perfect punctuated snare-drum counterpoint to Coltrane’s sax solo and Garland’s piano solo. Garland in particular shows his chops here, substituting his usual blues inflections for brazen bebop. The tune ends memorably, with Davis improvising tasty melodies over a vamp of the same four chords repeated, before one final “sting” by the whole ensemble. 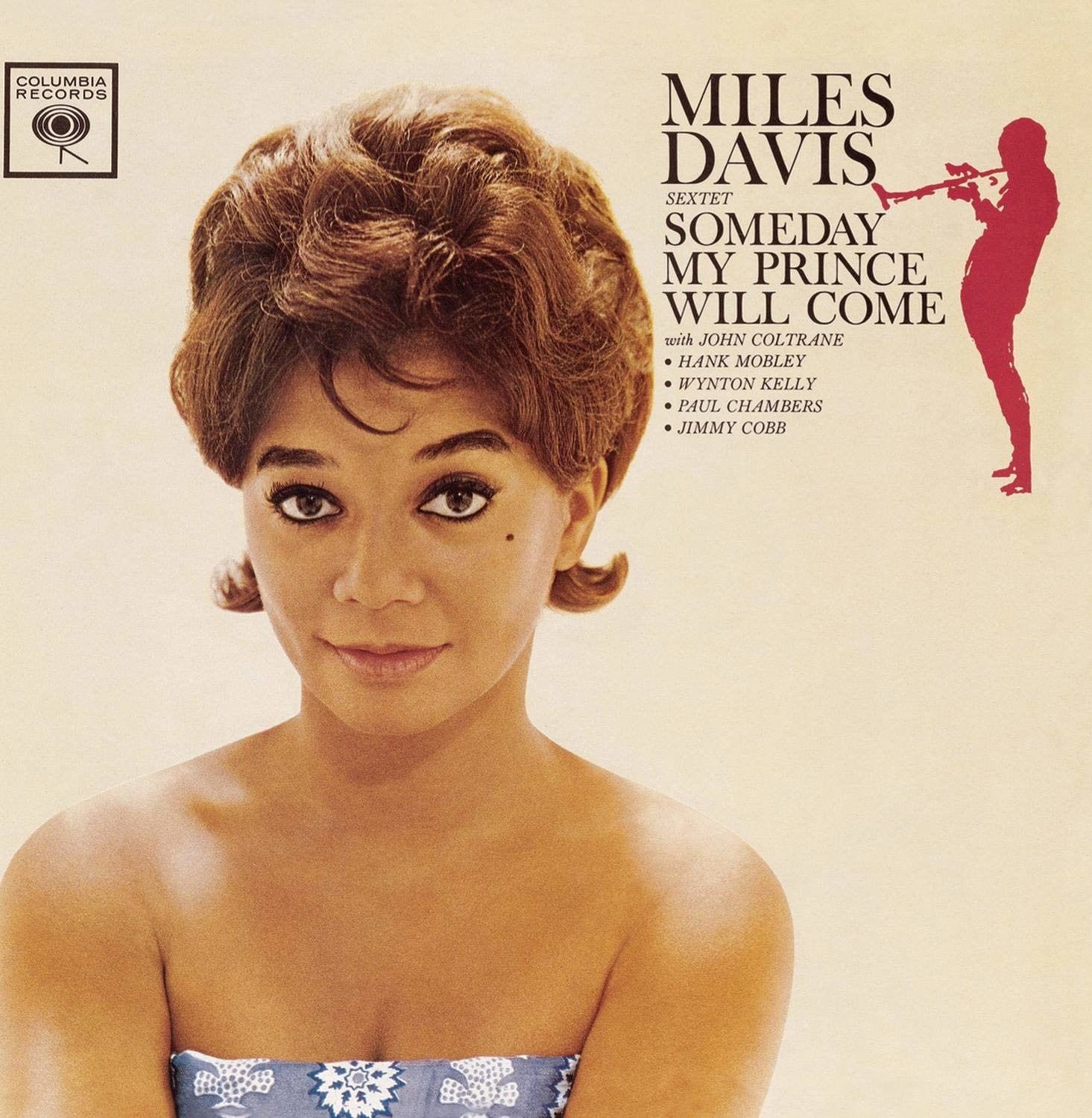 Davis manages to transcend this tune’s origins from the 1937 Disney movie Snow White and the Seven Dwarfs. The title track from Miles’ 1961 studio record begins with a Paul Chambers pedal point on bass and a light improvisation by Wynton Kelly on piano. Despite the track’s breezy, jazz-waltz groove, it features some very adventurous playing by both Davis and Coltrane. Davis sticks with his tried-and-true minimalist approach to soloing, though the melodies he constructs are more complex and less reliant upon the original tune than many of his earlier recordings. Tenor saxophonist Hank Mobley plays a fairly traditional bebop-style solo before Kelly demonstrates his rhythmically aggressive improvisation style. Miles plays the original melody once again, as if to remind the listener what song it is. Coltrane starts his solo with basic, insanely catchy melodies, only to deconstruct the entire basis of the tune with his “sheets-of-sound” approach.

2. “If I Were a Bell” (Relaxin’ with the Miles Davis Quintet) 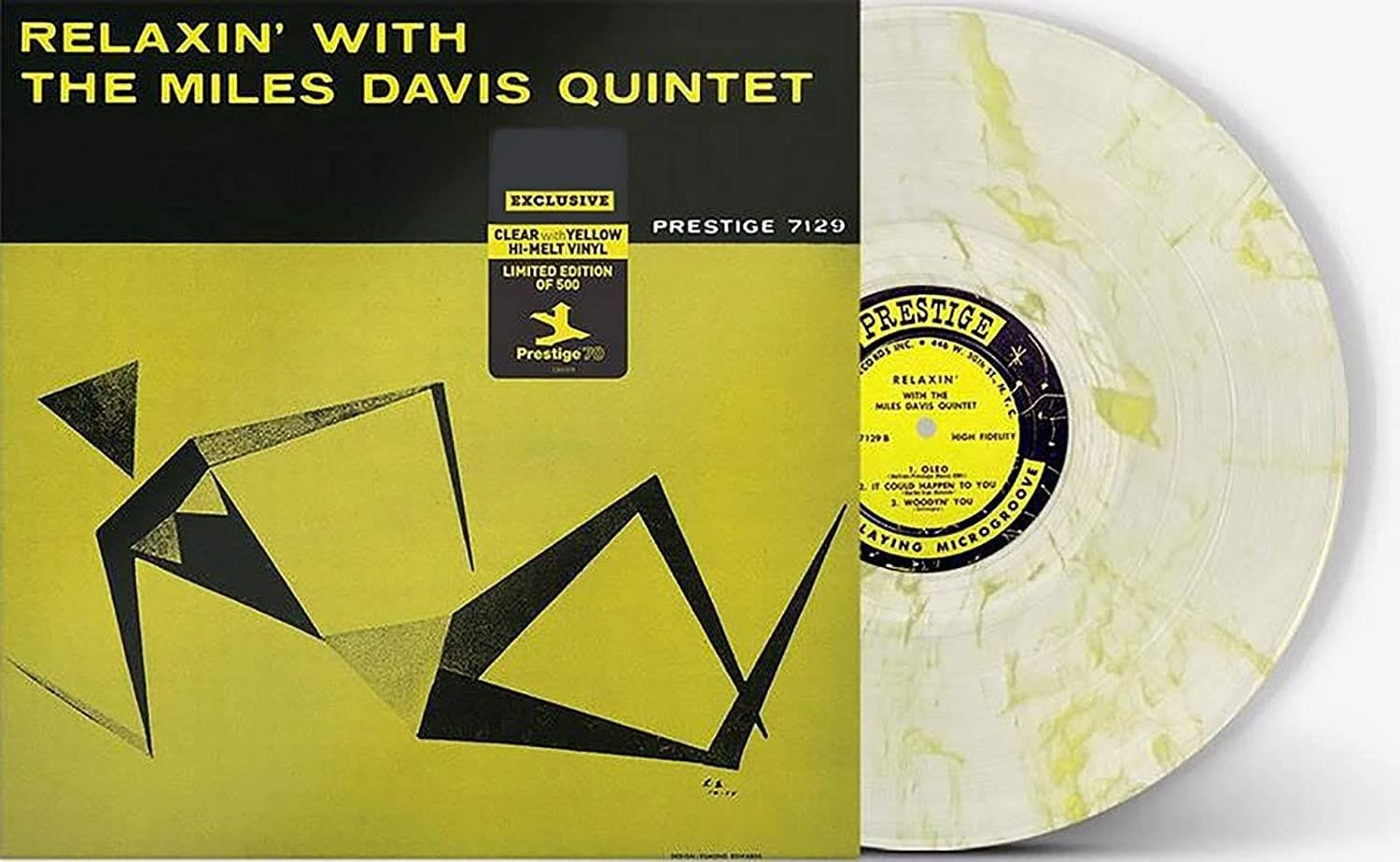 If we’re giving out awards for the most fun standard performance in the Miles Davis catalog, it could easily go to this rendition of Frank Loesser’s “If I Were a Bell” from Relaxin’, arguably the best of Davis’ Prestige recordings. The bell-chime introduction by Red Garland on piano leads to a fast-tempo, particularly swinging version of the melody by Miles. Davis plays a sparse, carefully constructed solo while still using a Harmon mute. The audio engineers forget to turn Trane’s mic up at first as his solo starts. That’s okay, since the rhythm section shifts into high gear as soon as the tenor saxophonist comes in. Trane brilliantly alternates between plain-played, unambiguous melodies and melodic runs that sometimes float in and out of the keys played by the rhythm section. Pretty progressive for 1956. Oh, and there’s also Garland’s bone-chilling use of a block-chord version of the melody near the end of his own solo.

1. “My Funny Valentine” (Cookin’ With the Miles Davis Quintet) 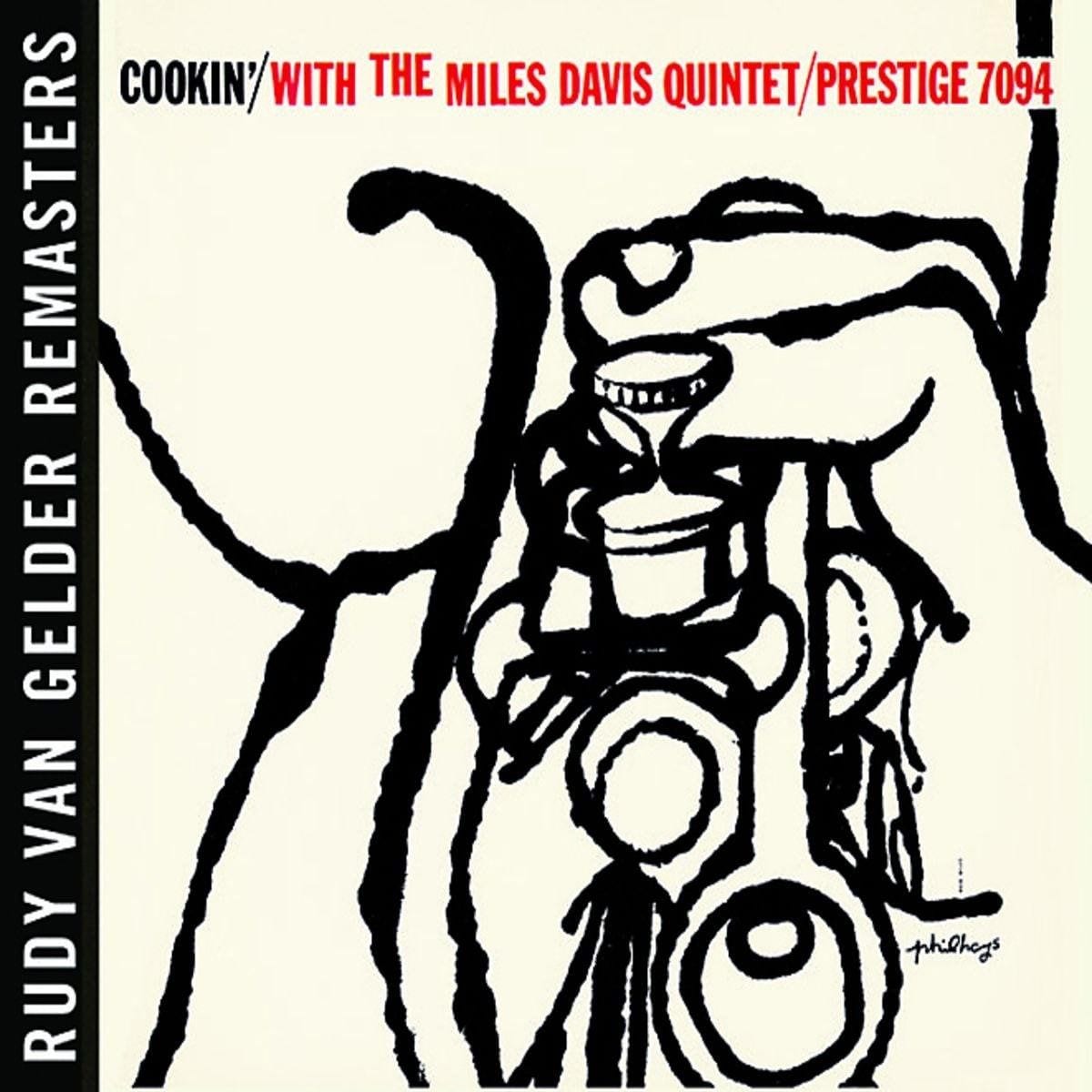 This is perhaps the cover tune with which Miles Davis is most frequently associated. There’s a reason for that. The Richard Rodgers song from Babes in Arms is gorgeous enough on its own, as its myriad of cover versions attest. In the hands of Davis and company, though, it becomes subtle, sublime poetry. From the opening piano-flurry introduction of Garland to Miles’ understated performance of the melody, to Paul Chambers’ purposeful melodic meandering under the tune, to Garland’s double-time solo, it’s simply one of the most memorable tracks in the history of jazz. Could the tune have been made even stronger by the inclusion of John Coltrane, who played on the rest of Cookin’, but apparently laid out on this one? Hard to say… although, it’s hard to picture it any better.

Jazz musicians have long been taking the popular tunes of their day and revamping them for their own purposes. The tradition of covering “standards” began near the dawn of jazz and continues to this day. Groups like the Bad Plus and the Vijay Iyer Trio shape the pop songs of the last couple generations (i.e. Nirvana, Michael Jackson, the Pixies, etc.) into their own improvisational mini-masterpieces

During the time of Miles Davis, the “standards” of the day consisted of mainly Broadway show tunes and songs from popular Hollywood movies. Many of today’s up-and-coming jazz musicians learn the same standards that cats like Davis were playing in the ’50s and ’60s as a sort of rite of passage, a method for learning the vocabulary and intricacies of the jazz tradition. While Miles will always be known for his original compositions and for genre-busting, innovative records like Kind of Blue, E.S.P., and Bitches Brew, it’s worthwhile to give another listen to the great performances of standards the trumpeter recorded during the earlier part of his career. The so-called “Prestige years” of the early and mid-1950s were especially fertile times for Davis’ standards recordings.

So sit back, relax, and enjoy these tracks. The tunes, and Miles’ specific interpretation of them, have stood the test of time for a reason.

This article was originally published on 1 August 2012.