Goblin Girl opens with a partial nude. Moa is swiping through a dating app in bed. Her facial features are cartoonishly flat: single curved lines for mouth and nose, straight lines for eyebrows, ovals for eyes. Her body is simplistic too, mostly an outline with an occasional squiggle to suggest the naval or a dent in the elbow, but those contours are distorted in a mostly proportional sense, leaving her tiny head and impossibly massive ears marooned atop almost realistically curving shoulders. She is an amalgam of slightly contradictory styles.

But that’s not quite true either. “Moa” isn’t necessarily even Moa. The publisher identifies Goblin Girl as “semi-auto-bio”, making “Moa” another kind of stylistic amalgam, a character marooned between the fiction/nonfiction dichotomy. Like the details within the images, her story events vacillate between the mostly realistic and the cartoonishly absurd. What better place could Romanova explore the realistically absurd world of contemporary dating?

Moa’s older and inappropriately intense love interest is “Known-TV-Guy, 53”, who may or may not be a reference to The Unknown Comic from the 1970’s The Gong Show, who wore a paper bag over his head. Romanova kindly skips all but a verbal recap of the post-meet-for-drinks hotel bedroom scene, providing instead the one-page wandering of a street rat followed by other apparent digressions: Moa’s landlord has turned off the hot water in the showers because the tenants are slobs; Moa’s therapist thinks depression and anxiety attacks are best solved by deep breathing, pithy platitudes, and $120 bills for her services.

But soon Known-TV-Guy is texting again and explaining that, no, he didn’t actually mean he loved her when he said he loved her, he just feels a personal connection and wants to support her artistic work. So Moa figures: Why not? What could go wrong? (Plenty.) 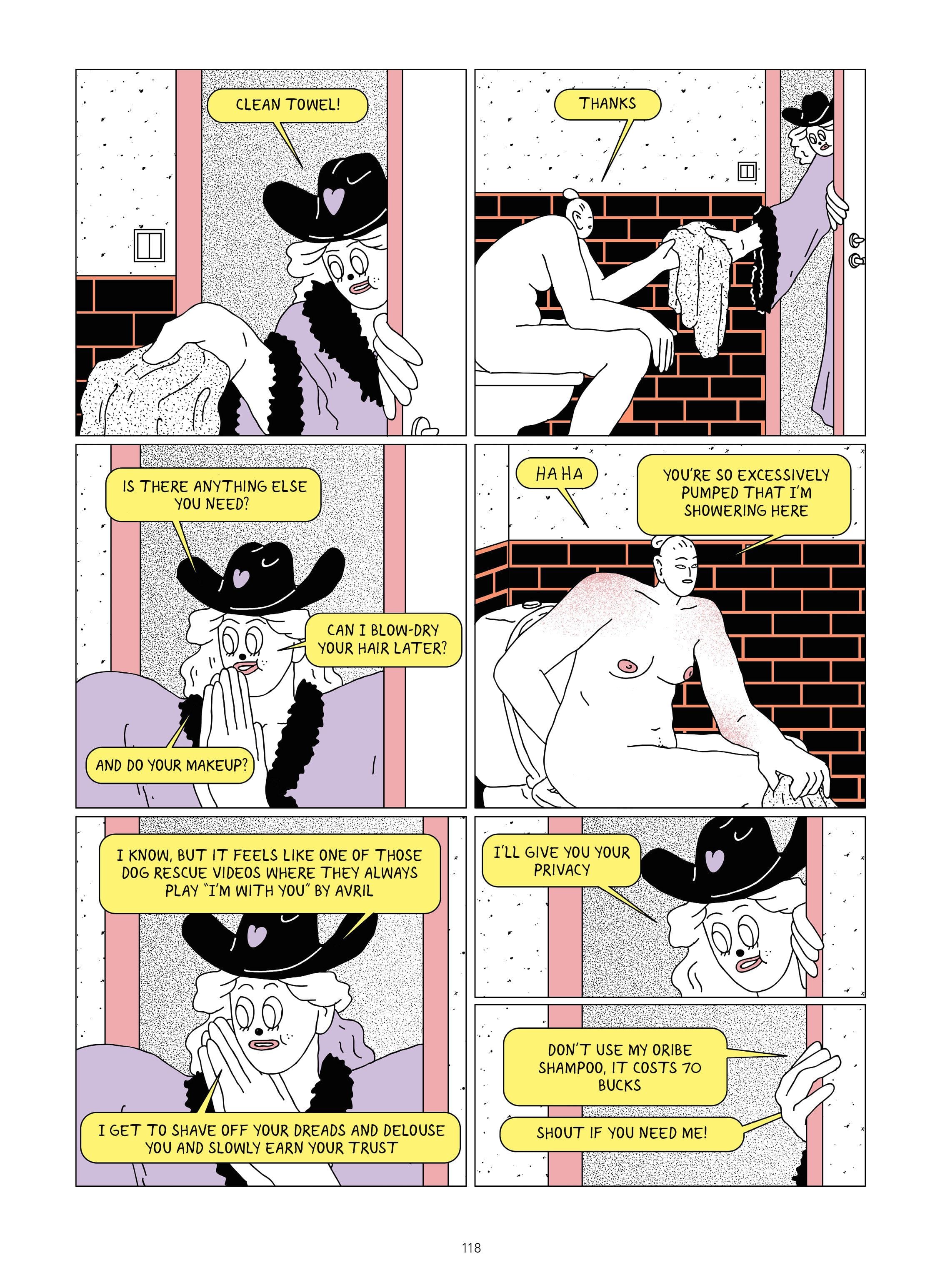 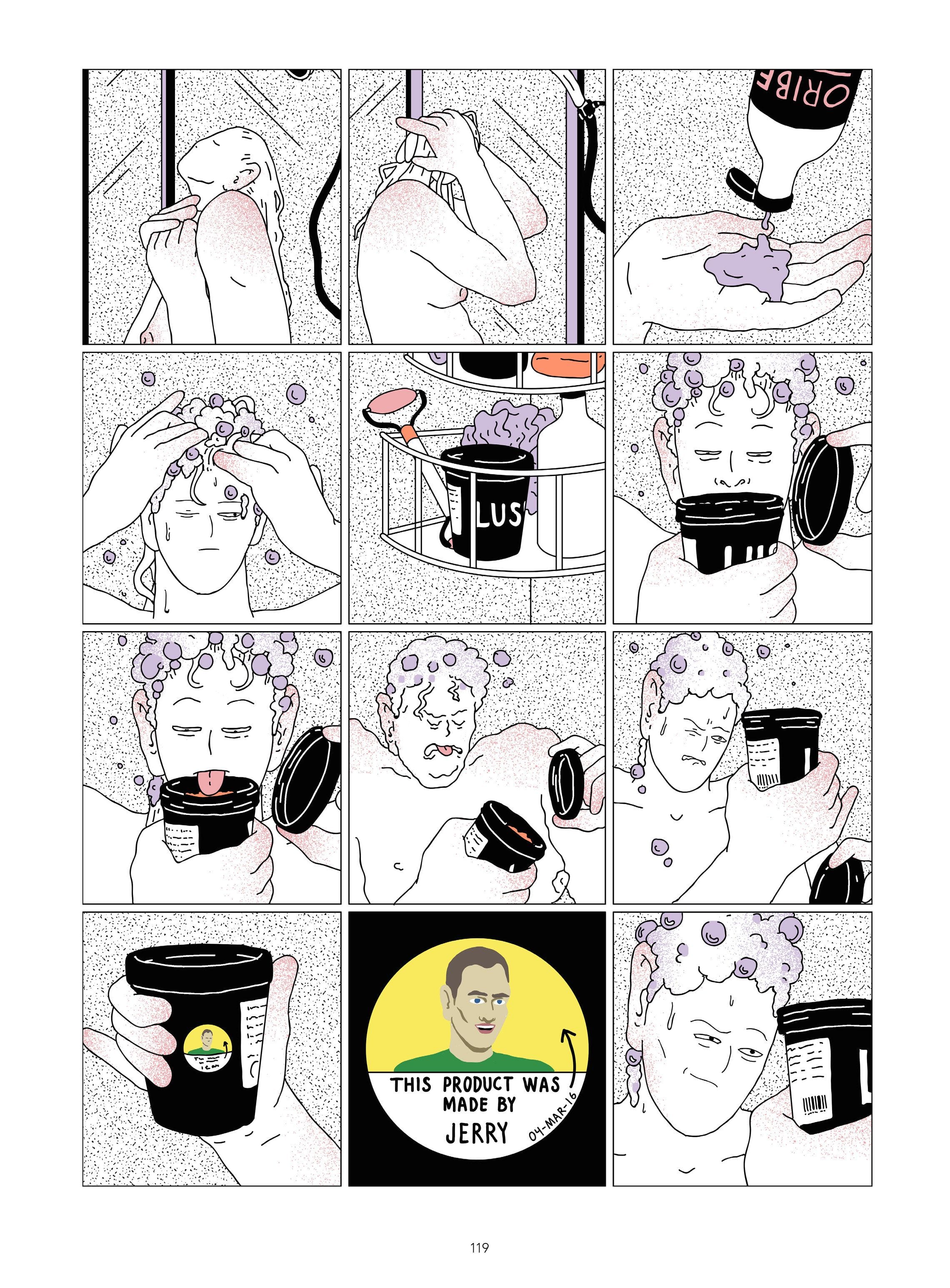 Goblin Girl was translated from Swedish by Melissa Bowers, making English the graphic memoir/novel’s seventh language. That fact is intriguing, since Romanova’s approach to words is as quietly contradictory as her artwork. The “SCRATCH” sound effect above Moa’s massive fingers is highlighted in the same yellow as the round-cornered speech rectangle containing Moa’s “HA HA HA HA” and, more oddly, the sharp-cornered rectangle containing the narration “SWIPE RIGHT” as Moa studies her phone. A page layer, Moa’s friend is apparently speaking Egyptian hieroglyphics to her, and sometimes Moa’s yellow thought balloons include graffiti-like block lettering and crude doodles.

Other speech containers contain only unspeakable punctuation marks: double exclamation marks, double question marks, an ellipse. When the characters quote phone texts to each other, their spoken fonts shift from hand-written (or what looks hand-written) to a mechanical Helvetica. Though why does Moa pronounce “dot dot dot” and say “blushing emoji” in the same font? When Moa later opens a book, SHIT POETRY by ShitKid, the words are in Helvetica too, but with a slight curve imitating the curve of the held pages. Even more oddly: it’s not a bad poem.

These subtle typographic details, like the details of the artwork, accumulate to produce a linguistic world as nuanced as its shifting visual world. Goblin Girl earns its translation into seven languages. It includes probably the best description of depression I’ve ever read: “It’s like someone wakes you up in the middle of the night and is like, “Hey, I’m going out in the sub-freezing weather to dig an unnecessary hole. Want to come help? No coats allowed.” Moa’s Google searches are their own layer too: “John Hamm penis”, “Countries where lobotomy is legal”, “Finding Bigfoot streaming”, “Average lifespan Sweden”, “Sense of detachm”.

Romanova’s visuals, of course, require no translations, though viewers will be rewarded with a slow pace and a questioning eye. Why, for instance, is the panel of a dead cat in a bloodied box the most realistic image in the book? Her mother’s pet peacocks are weirdly intense too. The brief dream sequence bursts into garish color, but the subtle shifts to blue and green accents are even more intriguing. And why does Moa suddenly transform into a Manga-style cartoon for a seven-page daydream? Oh, and is Moa’s mother actually a cartoon Moomin by Finnish illustrator Tove Jansson?

Ultimately, the only bridge she needs is between herself and herself. Building that is always an artwork-in-progress. 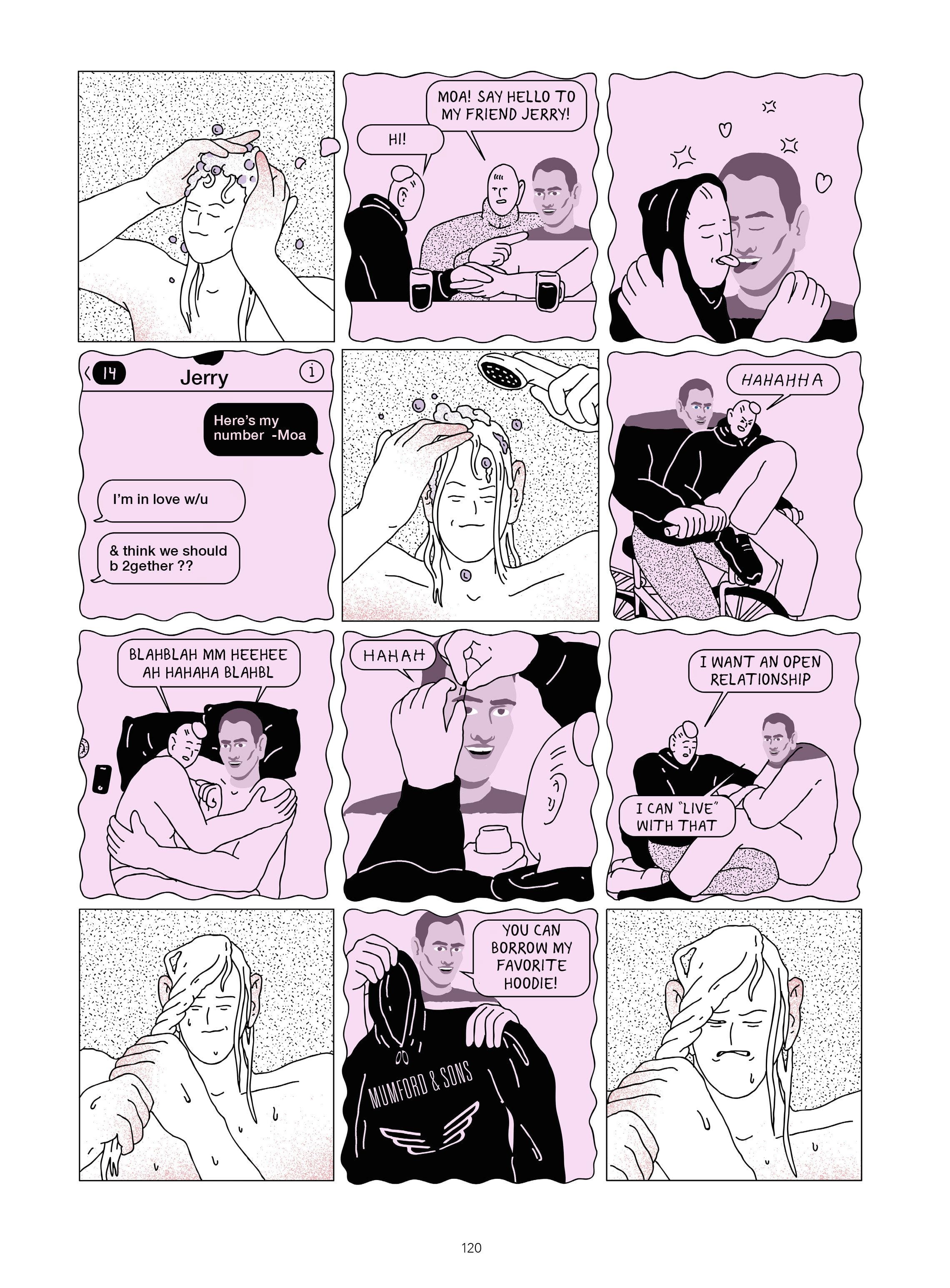 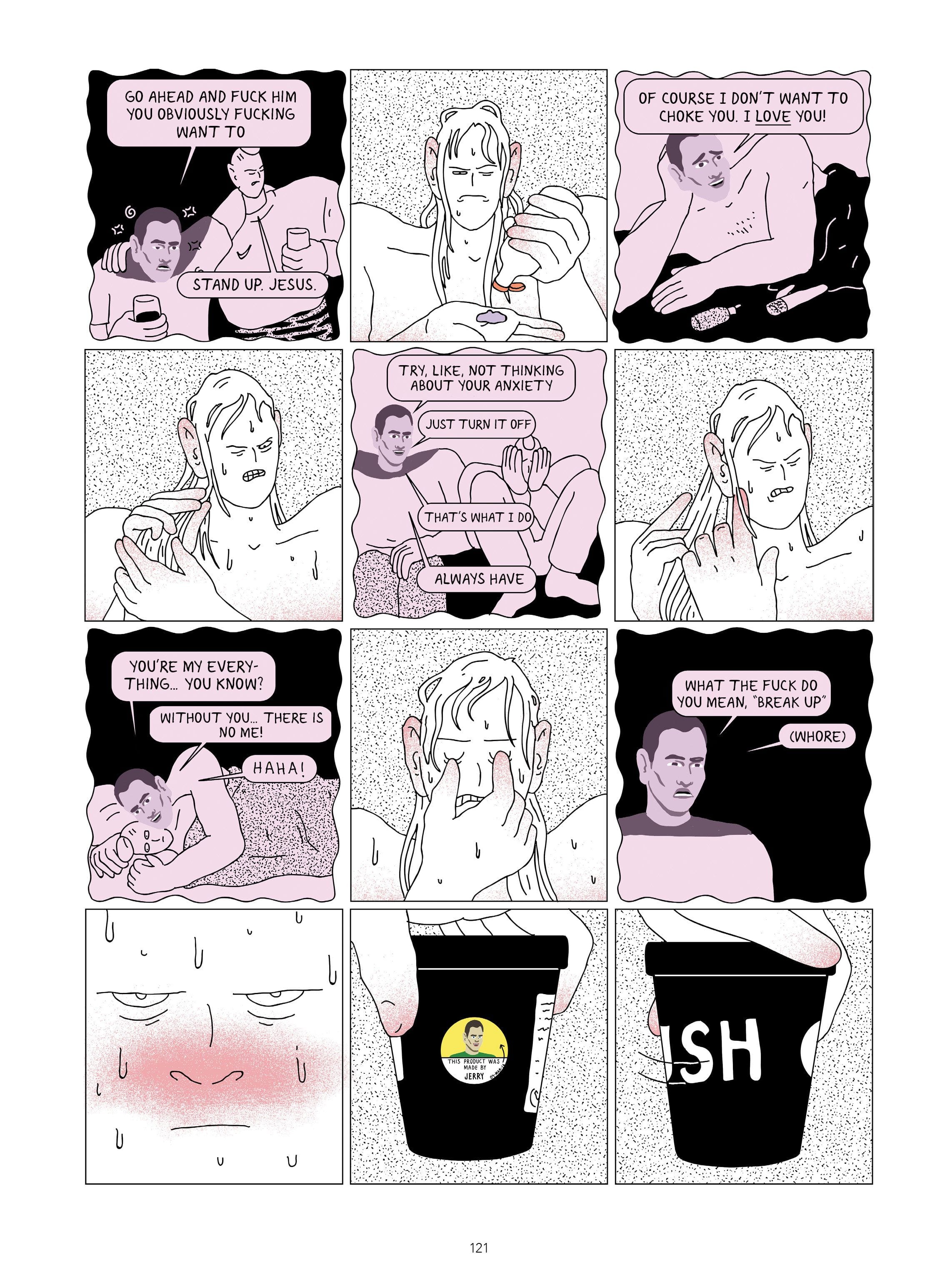