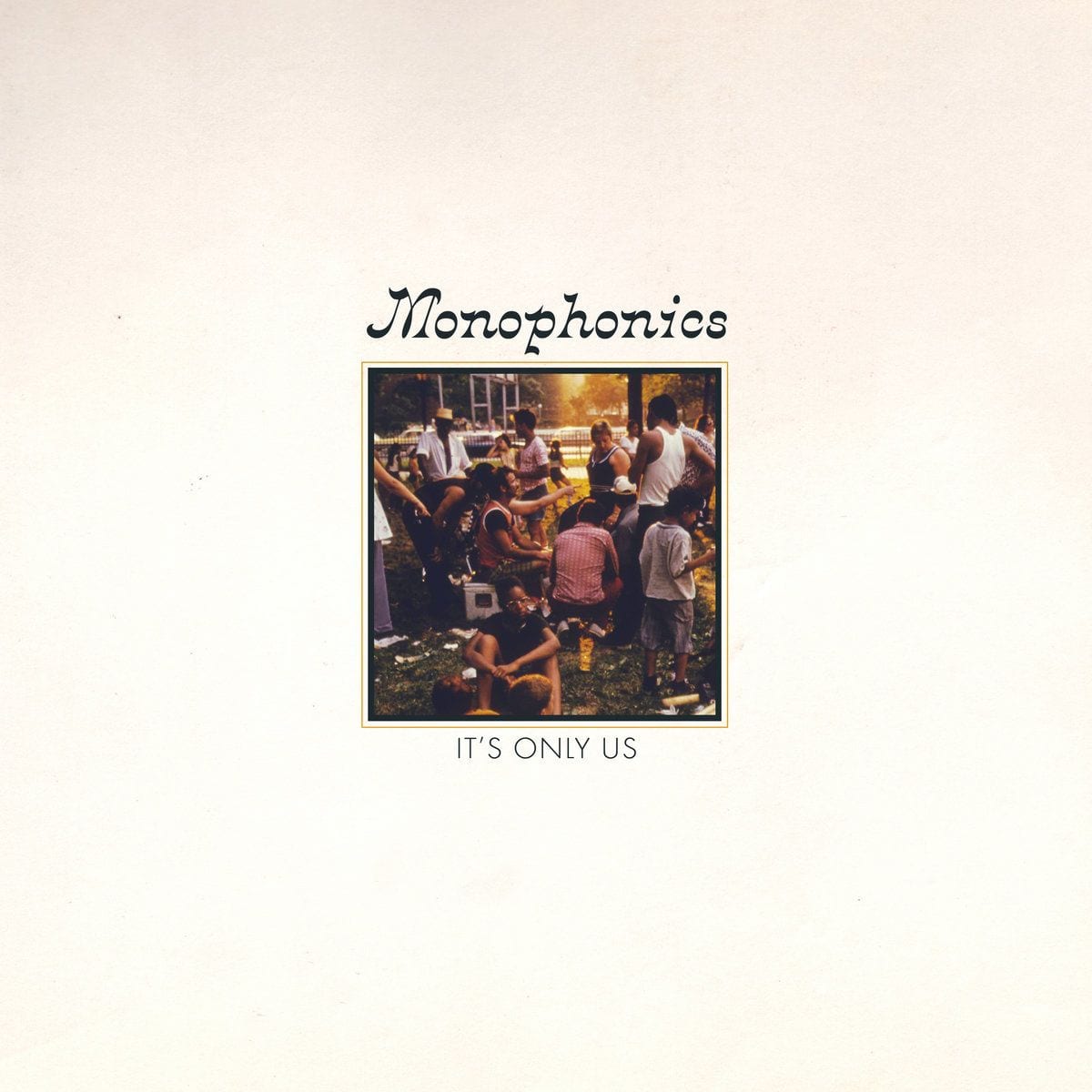 It's Only Us
Monophonics
Colemine Records

The Bay Area’s indelible psychedelic soul, live-show phenomenon, Monophonics have just released their third full-length, It’s Only Us. It combines the raw funk and sheer power of early soul masters with a touch of mind-bending effects in a dub-like vein. Singer Kelly Finnigan and company are calling it as they see it about the common day political state and the overwhelming sense of loneliness. Perhaps from the powers that be, perhaps not even in a political lean, but the theme strikes home for many of us in this day and static age. A proper soul record that smokes from start to finish is a fine way to mitigate the norms, social and otherwise. Simply said, if you can make it past “Chances” without a repeat, you’re dead inside.

With one of the best songs of 2020 starting things up, Monophonics stretch an eight-song record to its wildest abyss. Combining spacey build-ups with shuttering vocal effects is just part of the buttery slickness, reminiscent of early Impressions mixed with latter-day Curtis Mayfield too, and a touch of Isaac Hayes, after the acid, of course. Using them as building blocks but completing the assembly in their own sonic fashion with horns aplenty and a rhythm section well-versed in the sanctifications of their predecessors but deep diving to make a sound their own. It’s hard to put into words, but there are plenty of folks labeling themselves sweet soul and the numerous other morphs thereof, but there are few who come correct and keep it exactly where it should be in sound and spirit.

The brothers Cole not only record and produce quite a few of them but they’re becoming the nucleus of most of it all anymore. They’ve been mining gold out of Colemine Records for quite some time now, having given the light of day to the initial Durand Jones and the Indications offerings, Ikebe Shakedown, and Soul Scratch, not to mention countless seven-inch singles all within the same realm. If that’s a new label name for you, your diligence is due. Monophonics are most definitely a keystone, even coming from out in California, a bird’s distant fly from the label’s Loveland, Ohio headquarters. Birds of a feather flock together in the means of shaking tail feathers. Monophonics produced this one at Transistor Studios, straight to tape, no doubt.

Monophonics stretch things out a bit as they go off on psychedelic rock-inspired runs. Among the best are “Last Man Standing” an over seven-minute stretch of the band’s legs and late-sequenced banger “Run For Your Life” with a heady hook and spaced-out synth bridge, only half as much in time, but equal in message and posterity. The hypnotic percussions accentuate Finnigan’s vocal while the fuzzed up guitar and bass chop reverb into cutlets amidst a trap-slapping clinic, keeping time but perpetuating cool while keeping it hot.

A sensible slab of true rock ‘n’ soul, highly remarkable that Kelly Finnigan just released and indelible solo effort a short time back, while I have it on good word that there’s a third full-length forming in the abyss as the world crumbles around us.
It truly is Only Us at this moment in time. A prophetic title, a listen or two could actually be the antidote.