I first encountered the work of Moto Hagio when looking for Tezuka Osamu Cultural Award winners and was disheartened to find that, despite her importance in Japan and the history of shōjo manga, her work is largely untranslated for Western audiences. For those unfamiliar with the term, shōjo manga refers to manga targeted for young girls, typically addressing either girls’ issues or including elements girls might find desirable; it is a marketing term—just as shōnen is for young boys—and a historically divisive one at that. Hagio is considered one of the pioneers of shōjo manga, and she—along with other women from the same time period, known as the Year 24 Group/49ers—helped define tropes of the genre, notably exploring young female desires and mobility through boy characters ranging from feminine to androgynous.

Thus, I was excited to find that the first omnibus volume of Hagio’s The Poe Clan manga had been translated for a 2019 release, and the second omnibus would hit markets in 2020. The Poe Clan is one of Hagio’s earliest works, serialized originally in Japanese from 1972 to 1976. It tells the story of a group of vampires (coined “vampirnella” by Hagio), known as the Poe Clan, as they grapple with vampire life in the 18th and 19th centuries. The story follows Edgar and Marybelle, age 14 and 13 forever, due to their vampire curse, as well as Alan, whom Edgar meets much later in the narrative and also turns into a child vampire.

The Poe Clan offers a melodrama, marked by deep psychological trauma for the protagonists — however, Hagio explores this through the notion of love, a foundation of early shōjo. Throughout the manga’s opening, the most obvious exploration of this is through siblings Edgar and Marybelle, and the intimacy between the two borders on incestuous as the two are inseparable. As the narrative progresses, however, the two are separated, and Edgar must find intimacy elsewhere. This is when we are introduced to Alan, who becomes central to the narrative as he and Edgar attend a boys school.

At the school, the vampire narrative takes a backseat as Hagio focuses on the interactions between the boys—Alan and Edgar, the two vampires, in a normal, non-vampire school setting. Here the genre shifts to be more conventionally “shōjo”, following the boys’ school time, including staging a play. Notably, Edgar and Alan are chosen to play female roles—due to the lack of female students. 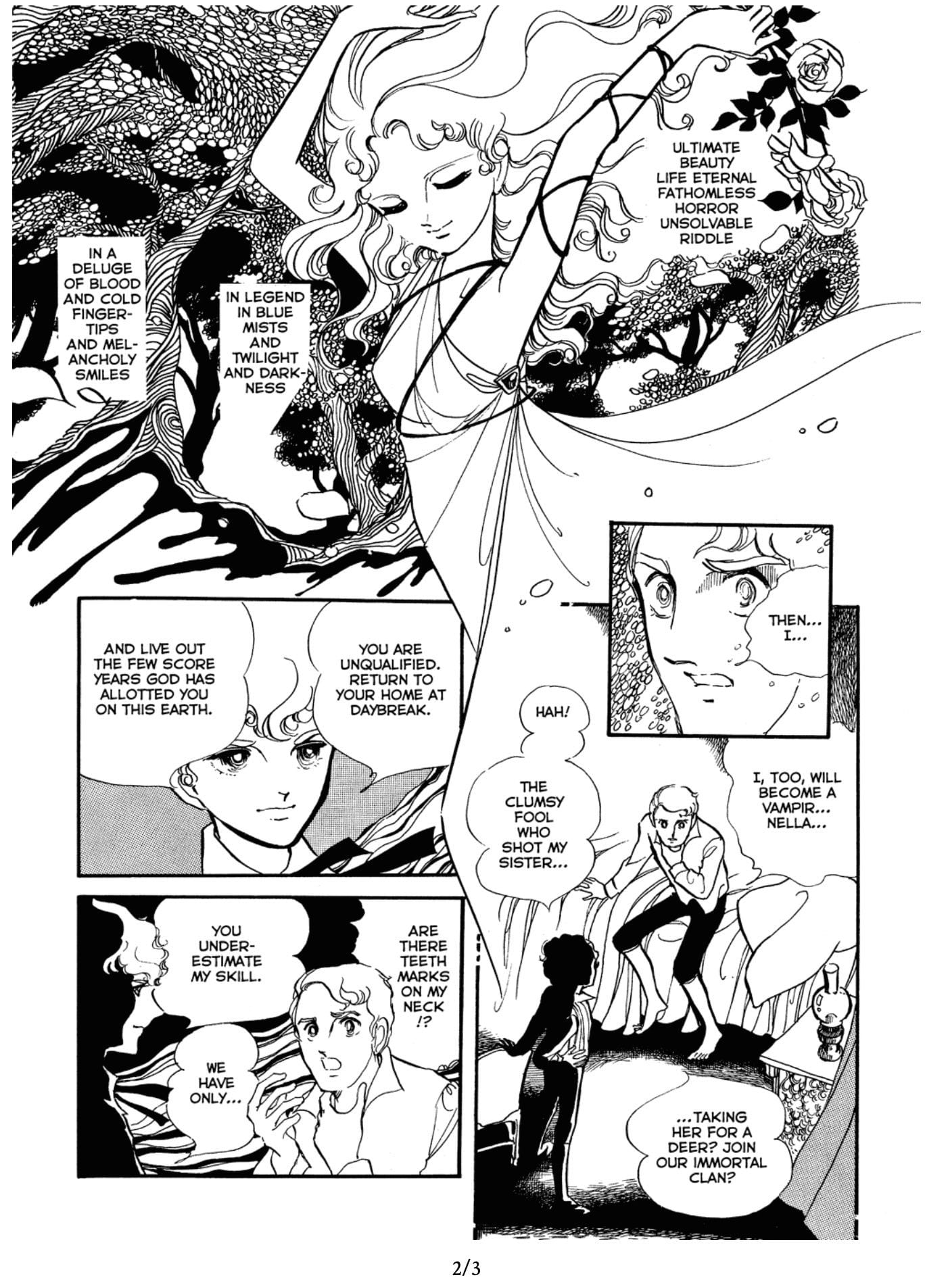 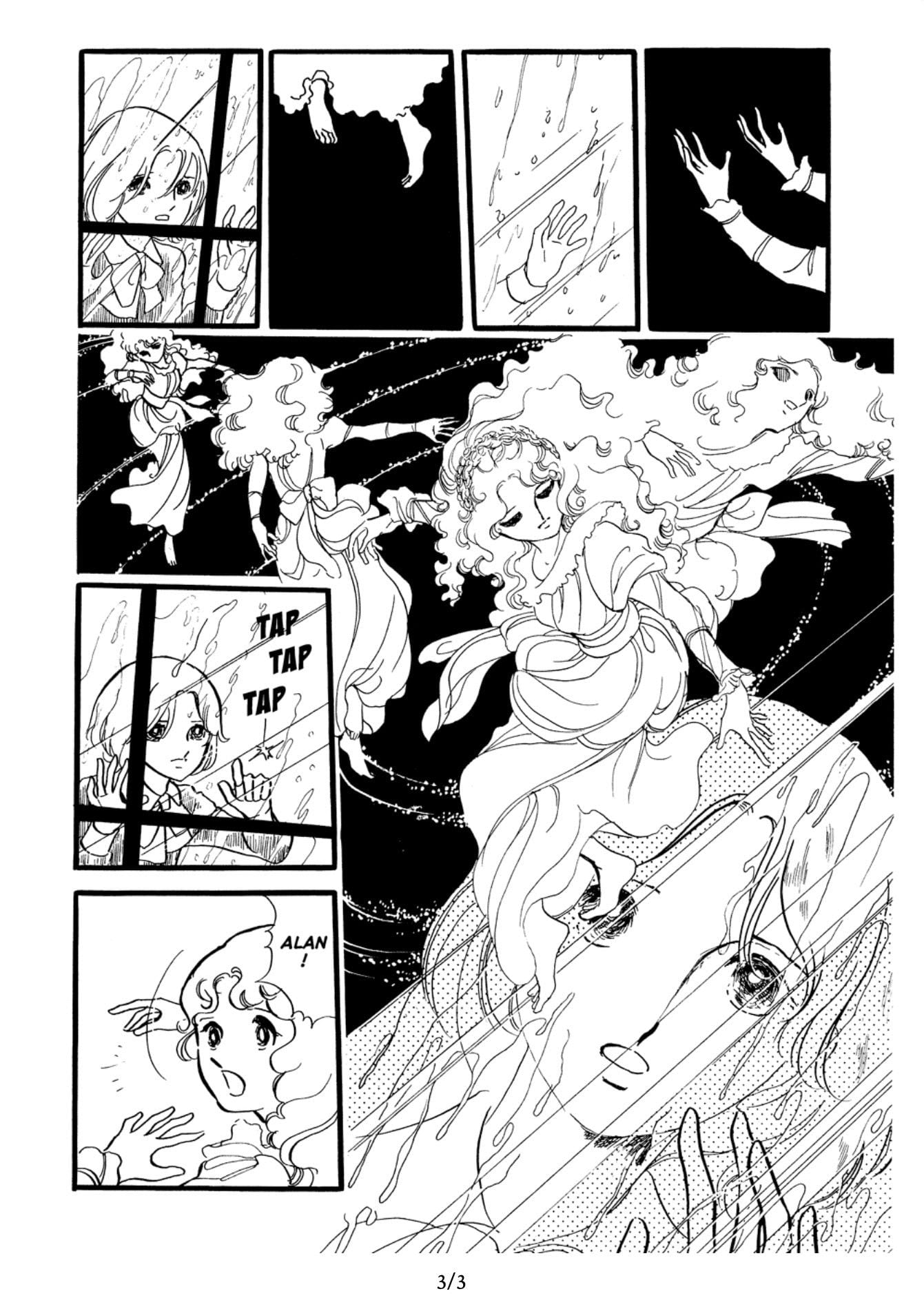 Their classmates note the two vampires’ more feminine features, making them perfect for the roles, but I find it curious that none of the other boys seem any more masculine. Indeed, I found it difficult to distinguish between any of the boys, including the protagonists, as they all appear rather feminine. This is Hagio’s style, and a common one among a then-emerging shōjo culture concerned with dismantling strict gender binaries.

The Poe Clan stands out as a detailed, emotional work. Hagio brings out her characters’ fears and desires, depicting them alongside quintessential “shōjo flowers” and detailed, feminine faces. This aesthetic trend resonates still because at the time, she and other shōjo pioneers engaged in questions of desire, trauma, and what it means to connect with others—outside the confines of strict gender identity—and those identities are further considered today. Creating narratives that pushed beyond gender norms to explore deeper thematic content—not limited by gender—consequently explored ideas of gender, too.

Consequently, the volume itself welcomes this engagement; the omnibus is oversized, so each panel is printed larger, and character faces are more distinguishable. Maximizing the facial features showcases the minute differences between male and female as drawn by Hagio, but more importantly, it highlights just how similar they are. The cover depicts Marybelle and Edgar in portrait, both with the same blonde hair color and piercing blue eyes. Prominent are heavy eyelashes, full lips, and thin noses — of course, the two are siblings, but their faces are similar in ways that obscure the “obvious” gender differences so often found in illustrated works. The two are only shown to the neck, which suggests a genderless quality.

So, why translate The Poe Clan now? It’s worth noting that The Poe Clan is not the only manga of its kind being translated into English. Ikeda Riyoko’s Claudine was translated in 2018, and now her The Rose of Versailles—both early shōjo from the 1970s—has been translated as well, and the first of five volumes was released earlier in 2020. Both Ikeda and Hagio belong to that Year 24 Group, those mangaka, mainly female, born around the year 1949, associated with the popularization of shōjo manga.

Publishers involved in manga, like Fantagraphics, Udon, and Seven Seas, just to name a few, are more invested now in LGBTQ+ representation in manga. In the West, it’s both topical and marketable. Considering the Year 24 Group and their emphasis on gender fluidity and relationships between boys, it makes sense that Fantagraphics would revive a culturally significant manga for an audience that already embraces its content.