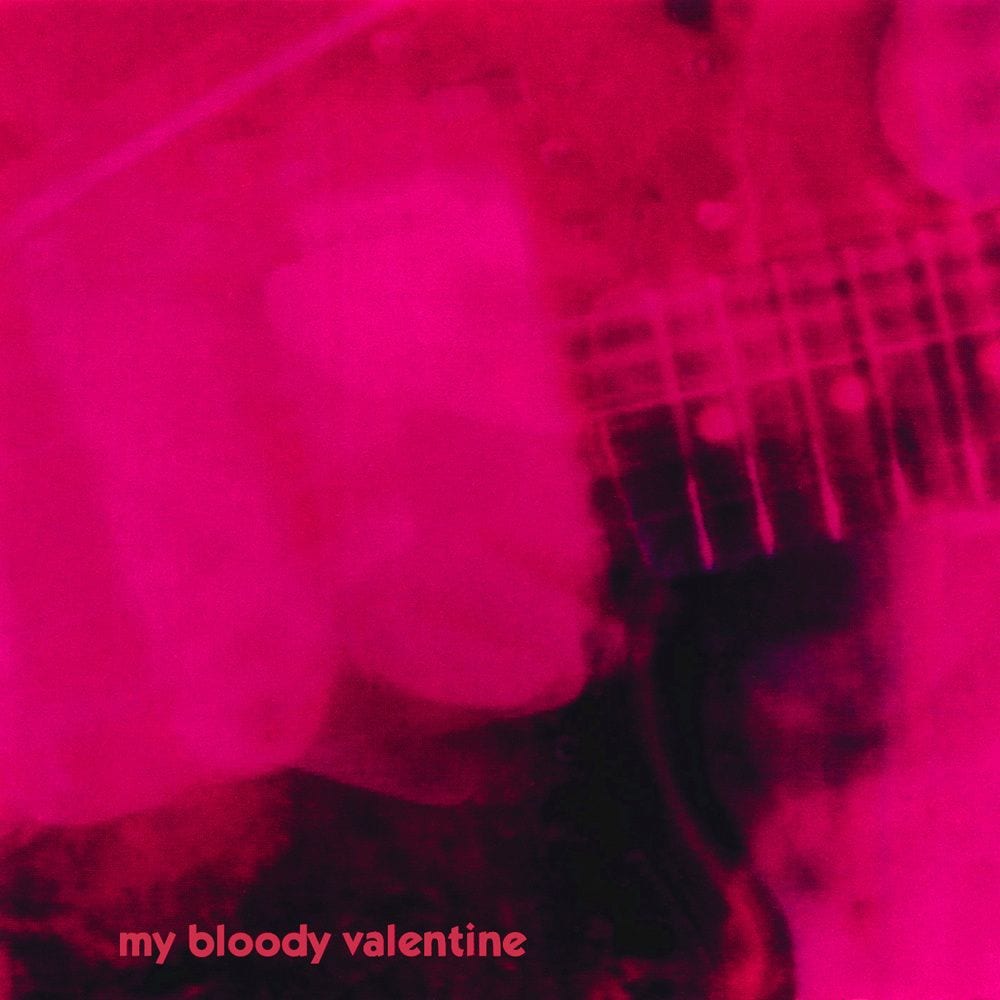 “The sound literally isn’t all there. It’s actually the opposite of rock ‘n’ roll. It’s taking all the guts out of it; there’s no guts, just the remnants, the outline.”—Kevin Shields

As the annals of contemporary Western rock criticism attest—and as a sizable chunk of PopMatters‘ “Revisiting 1991” series will make clear—1991 has been (and likely will continue to be) widely remembered as the year that Nirvana’s Nevermind blew everyone’s minds. Sporting one of the most readily recognizable rock songs ever committed to tape (did you really need that hyperlink?), as well as one of the most iconic album covers ever photographed, Nevermind splashed down in the pool of 1990s alternative rock with such force that it is still making waves—both musical and cultural—at this very moment, all these years later.

Working directly, albeit distantly, alongside Nirvana was iconic shoegaze group My Bloody Valentine, which dropped its seminal record Loveless in November of 1991. Though recent years have seen a drastic surge in My Bloody Valentine’s popularity, as well as Loveless‘s overall significance, in the early 1990s, the band’s aesthetic was not particularly popular. It was certainly dwarfed by grunge (even though, ironically, MBV has put on some of the loudest concerts human history has ever known).

At the time (and perhaps even today), the priority that rock circles gave Nirvana over My Bloody Valentine made a great deal of sense. Nevermind hits hard, loud, and directly, arguably the way that all guitar-based rock records should. Loveless, on the other hand, swoops and swirls, its guitar sounds softly wafting through the ether, never coalescing into anything resembling a hook. Truly the record is the opposite of rock ‘n roll—all sound, but very little fury.

Nevertheless, Loveless stands as an album of (at least) equal importance to Nevermind, and not simply because it spawned legions of imitators. Rather, Loveless garners a great deal of its importance for the way that it offers a gender-bending sonic style—a style that severed the entrenched connections between the electric guitar and masculine phallic power. As such, Loveless reveals the marginalizing force of Nirvana’s masculine, riff-driven music. Though we should avoid the oversimplified pitfalls of identity politics, it is worth noting here that two of MBV’s members were female guitarists. One of them, Bilinda Butcher, would often serve as the “lead” vocalist to the extent that her improvised lyrics would occasionally float to the forefront of the band’s wispy sound.

Steve Waksman’s indispensable history of the electric guitar, Instruments of Desire: The Electric Guitar and the Shaping of Musical Experience, reads the instrument in various gender and racial contexts. In what is, perhaps, one of the book’s most pointed chapters, Waksman analyzes the work of Led Zeppelin guitarist Jimmy Page, paying particular attention to his prominently displayed Gibson Les Paul. Waksman claims that Page’s blazing displays of guitar virtuosity—extended guitar solos, his use of the violin bow, etc.—ultimately enhance the rugged masculine sexuality of his performing body. For Waksman, Zeppelin’s music is “cock rock”, pure and simple.

Furthermore, Waksman argues that Page’s guitar becomes a “technophallus”, which is used “to accentuate the phallic dimensions of the performing male body”. Even though the legacy of punk rock as inherited by alt-rock is one of disidentification with the kind of performance embodied by Page and his stadium rock peers, it’s hard to deny that Nirvana frontman Kurt Cobain’s guitar-playing on Nevermind draws its potency from the same phallic energy. No, he might not be as good a player as Page. Yes, he might have been seen performing in a dress from time to time.

But just listen to the opening of “Smells Like Teen Spirit”. At the eight-second mark, Cobain’s guitar punctures through the tentative beauty of the track’s initial chiming. Tear and rip are also appropriate verbs to describe the sonic effect of one of his most famous songwriting moments, and all of those terms are decidedly masculine descriptors. These are precisely the kinds of descriptors that My Bloody Valentine defies.

In Blissed Out: The Raptures of Rock, Simon Reynolds contends that My Bloody Valentine went “beyond ‘reinvention of the guitar’ to un-invention of the guitar, to create a sound so inchoate that the last vestiges of ‘presence’ or ‘the player’ vanish. A sound seemingly without the origins in the human touch.” This sound was first captured on the band’s album Isn’t Anything (1988), its first full-length for Creation Records. During the sessions for that record, the band began toying with what singer/guitarist Kevin Shields has called the “glide guitar” sound. The much-maligned David Cavanagh provides a detailed description of how this sound was achieved in The Creation Records Story: My Magpie Eyes Are Hungry for the Prize (which, despite the attacks from Creation owner Alan McGee and Kevin Shields, really is quite fantastic). Cavanagh writes:

One of the keys to Shields’ guitar sound was his tuning of two neighboring strings to almost the same pitch, which he would then bend with the tremolo arm. But rather than give his tremolo arm an occasional twaddle in the orthodox manner, Shields would keep it permanently in his right hand… and strum the strings as if he were combing a girl’s long hair.

This technique is important for the way it shakes up the electric guitar’s ability to signify a powerful, virile phallus. By using the tremolo arm throughout his entire performance, Kevin Shields effectively renders the technophallus flaccid. Unlike Kurt Cobain and countless other 1990s alt-rockers, Shields does not rely on the rip-roaring power chord to penetrate the rest of MBV’s sound to push its way to the front of the music. Instead, he uses the tremolo arm to bend the guitar sound and make it more elliptical—a sound that is a kind of non-sound.

This sonic innovation would reach its full realization on Loveless, which, today, still stands as My Bloody Valentine’s most significant artistic achievement. As has been widely chronicled, the band members recorded the album by playing their instruments at extremely high volumes, which, among other things, had the effect of blurring the boundaries between each instrument’s voice. This sonic effect is perfectly captured in the album’s cover art. Consisting of a blurry, double-exposed picture of a guitar, the artwork suggests that the instrument is so much under erasure that it is close to disintegration. Unlike the famed Nevermind cover featuring a nude male infant, the technophallic power of My Bloody Valentine is at best blurry, if not virtually nonexistent.

Of course, none of this is to deny that Loveless is a guitar album. On the contrary, it is very much a guitar album. It just was an album that, in Reynolds’ words, “un-invented” the guitar—freeing it from its traditional sonic trappings. By liberating the electric guitar from its ties to masculine sexuality, the band, through its blurry, woozy aesthetic, ultimately eradicates the stagnant gender constructions that are so often employed to categorize and pigeonhole performers of any kind.

With a song like “Blown a Wish”, which is arguably one of shoegaze’s towering masterpieces, My Bloody Valentine disseminates the sound of its guitars over the entire track, creating a dense, albeit delicate, web of intertwined harmonies, while also working to de-center the whole notion of a lead performer—or even songwriter. Though Shields is credited as being the band’s mastermind (much like Cobain), there is not any clear way to tell where Shields is in this particular track. The track radically upsets the whole notion of “band” as that term has been deployed by musicians and critics alike. In “Blown a Wish”, there is no band to speak of—no lead guitarist, no lead vocalist, no discernable vocals. The authoritative power of the guitar is completely displaced—spread out—through the haze, rendering it virtually undetectable. Here, every musician has that power, but yet, no musician has that power.

Even some of Loveless‘s more traditional cuts, like the much-championed “Only Shallow” and “When You Sleep”, work toward the same point of sonic erasure. Though both tracks seem to follow, in Nirvana’s terms, a basic verse-chorus-verse progression, MBV effectively rips the guts out of that structure, leaving precisely what Shields says its music is: the outline of rock ‘n’ roll. Sure, both songs are undeniably loud (and the opening explosion of “Only Shallow” rocks hard). However, as each track’s respective (hushed) verses move toward what would traditionally be the emotive authority of their chorus counterpoints—”With the lights out . . .”, to cite just one example—the group effectively vanishes, in each case leaving behind skewed sound shapes that only hint at a larger organizing principle—or, indeed, organizer.

Though these tones might be guitar-based, they are the sounds of spectral guitars, instruments that are curling perpetually around themselves in a faint attempt to make themselves manifest. There is no ripping, tearing, puncturing, or slicing here. Rather, these songs present a band letting go, relinquishing control, making us realize that the power of the (masculine) lone guitar hero really isn’t anything. (To boot, the lead instrument in “When You Sleep” is essentially a flute.)

Certainly, this rather romantic, liberatory reading of Loveless could quite possibly collapse under the facts of its composition. Kevin Shields has spoken openly about being the only musician on the entire album, even to the extent that, as Mike McGonigal wrote in his book on Loveless for the 33 1/3 series, Shields sang some of the high register “feminine” vocals while recording. Since Shields is widely known to be a bit of a control freak and a perfectionist, there’s no denying that he probably did place himself firmly at the center of the Loveless sessions. However, Shields also told McGonigal that the band can’t play the elongated sonic assault of “You Made Me Realise” live anymore—a statement that has proven to be untrue. Likewise, as any of the band’s performance footage demonstrates, Bilinda Butcher sings the high notes, not Shields. Put simply, Shields is nothing if not unreliable.

Therefore, all the band leaves us to consider is sound—unadulterated sound. Obviously, My Bloody Valentine and Nirvana were two very different bands (some might even say that each of them were equally incomparable). Thus, it would be a disservice to both of them to lapse into stale, unproductive arguments about which of them “was better” or “more influential” or how different the world would be if they both kept writing music. Rather, what needs to be emphasized are the different ways that the two painted their respective alt-rock rainbows. Cobain used the guitar as an instrument of raw power, chiseling his music out of solid Seattle bedrock. Shields and company bent that power out of shape, stretching it to the point where it burst open, spilling over their fans in unending cascades of spectral sound. And when that wasn’t enough, with the album’s closing track “Soon” My Bloody Valentine asked fans to do something very un-rock ‘n’ roll: they asked them to dance.

This article was originally published on 12 October 2011.