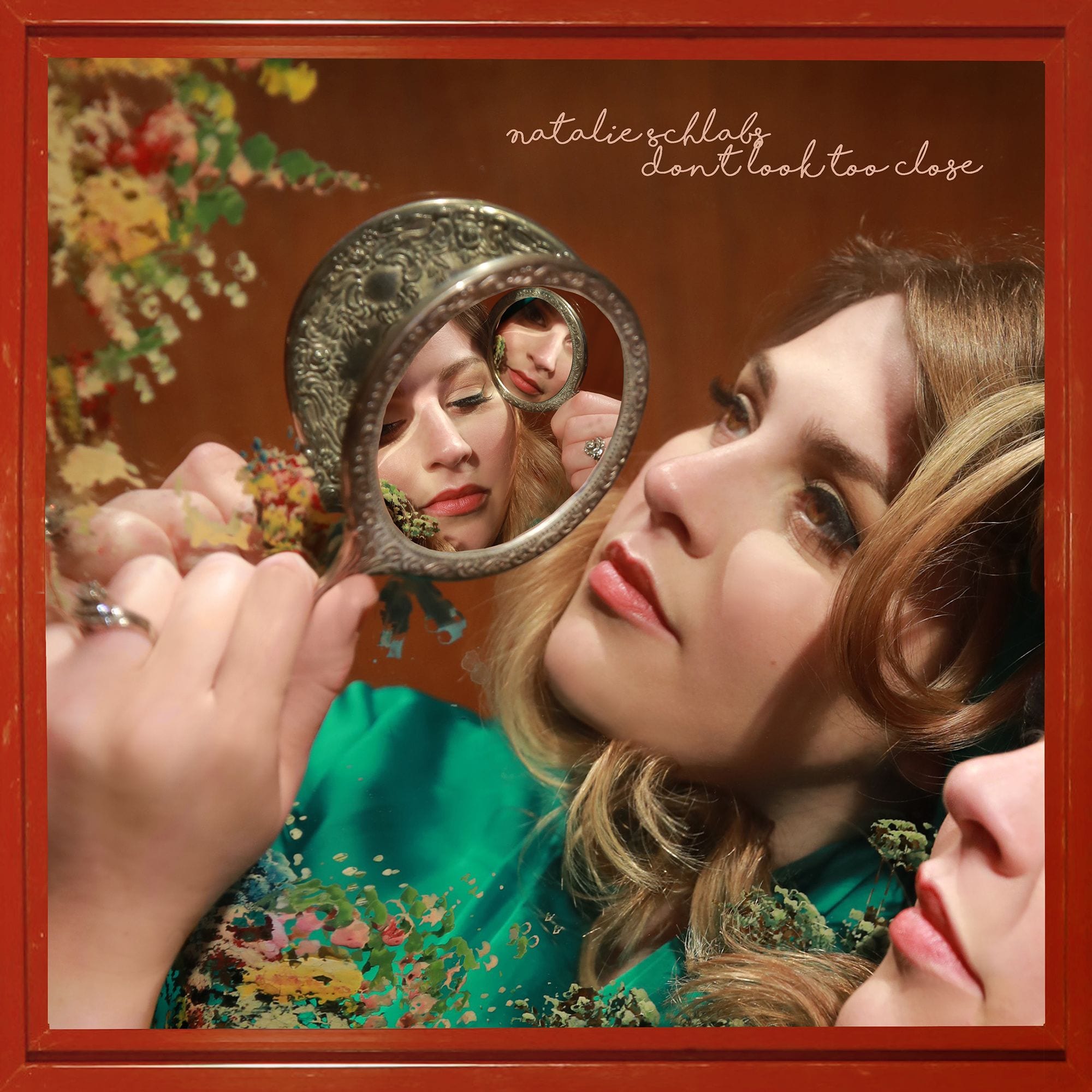 Nashville-based artist Natalie Schlabs not only writes what she knows but conveys the meaning of an emotionally charged experience with such tender-hearted expression that it’s so easy to fall in love with her songs. Just listen to the gorgeous tone to her voice on “That Early Love” and follow the steady but merciful pull of a singer-songwriter with a solid grasp of the significant details worth contemplating in life.

To further illustrate the power of her latest single, which officially is released on Friday (14 August), Schlabs fondly presents a sneak preview, along with the music video premiere of “That Early Love” today at PopMatters.

Envisioning a couple who transform from innocent kids to a happy, older but wiser couple while enjoying the rest of their lives together, Schlabs turned the song’s through-line — “That early love lingering has gotta be the best damn thing” — into a stand-alone pre-chorus. That was a valuable suggestion made by Ali Sperry and Robby Hecht, two of “my favorite songwriter friends” during their collaboration, Schlabs writes in a series of email interview responses for this article. “Writing with Ali and Robby reminds that songwriting can be approachable and conversational and really helps me to think more naturally about the songwriting process and not to overthink it,” she adds.

Schlabs, whose silky-smooth and gentle vocals possess the balmy warmth of a 1960s Dusty Springfield or Jackie DeShannon, developed the concept of the video with top-notch directing duo/musical artists Joshua Britt and Neilson Hubbard. Check out the music video and the lead track on her upcoming album Don’t Look Too Close, then read on to learn more about Schlabs, her musical growth, and “That Early Love” that continues to flourish.

“I had seen their videos for other artists and knew they would do great work for me,” Schlabs said of Britt and Hubbard, the creative pair behind Neigborhoods Apart, a Nashville-based boutique production studio. Among other projects, they directed and animated John Prine’s lyric video for “When I Get to Heaven”, the last song on his final album, 2018’s The Tree of Forgiveness. “That Early Love” is nearly as moving.

“We wanted to come up with a metaphor that represented a lifetime of love,” says Schlabs, who enlisted Hubbard to produce her first record Midnight With No Stars in 2016, long after they first met during a Ryan Culwell recording session before her move to Nashville. “Neilson and Josh talked about the image at the end of the movie Big, where Tom Hanks’ character is this kid in an oversized suit. There was something really sweet and heartbreaking about that. We also wanted it to feel dreamlike to show that it’s not meant to be linear, but more metaphorical. In a sense, the video is an expansion of my inspiration for the song.”

The young boy and girl — played by Colter Britt (Joshua’s son, already a video acting veteran) and Ida Bevill (her first role) — are the same characters represented later in life by Don and Melonnie Klein, an actual married couple who were perfectly typecast. “They don’t have any acting experience that I know of, but they have really sweet and energetic spirits,” Schlabs said of her friends. “I knew they would do a great job. Don is actually a fantastic trumpet player, so I think he was excited to be around a bunch of musicians for the day.”

The video was shot over a weekend at Hubbard’s home in Franklin, Kentucky, and included some exterior scenes featuring Schlabs. Of course, the real-life couple behind “That Early Love” is Schlabs and her husband Josh Rogers, who plays bass on the song and the eight other tracks that will appear on her sophomore full-length album Don’t Look Too Close, to be released on 16 October.

While they are neither kids nor senior citizens, Schlabs has said the song, written while she was pregnant, reflects falling in love with her husband and “looking forward to a life with our baby. The early love that began ‘us’ is not fading like a honeymoon phase, but rather lingering, deepening, stretching itself.”

Schlabs was born on the outskirts of Hereford, Texas, about 50 miles southwest of Amarillo, and homeschooled with three brothers by their mother while growing up on the land farmed by her grandfather Charles. She briefly met Rogers, who is from Amarillo, when they were in their late teens. Reacquainted in April 2012, while both were in Nashville to work on Culwell’s EP titled Winter Wheat, Schlabs and Rogers “dated long-distance” until, at the age of 24, she moved to Nashville in the fall of 2013. Their relationship went from part-time to full-time, but they first needed to see the light of a rising sun.

During her childhood, while she and her brothers “spent a lot of time running around in the cotton and wheat fields”, Schlabs recalls climbing on the roof of their house unencumbered by city lights and watching the bright, shining stars while talking “late into the night” with friends and family.

Even before she and Rogers started going out, they became really good friends, “so he would come back into town to visit family, and he would come over for coffee, or we would make dinner together,” she adds. “Once we talked so long into the night that the sun was starting to come up outside. We were really falling for each other, but I was kind of scared to date because of some previous experiences. He was really patient with me, and I think by the time we officially started dating, I was pretty sure I was going to marry him.”

Four years after their June 2014 wedding, baby boy Desmond Lucas Rogers was born. His November 2018 arrival followed a pregnancy during which Schlabs wrote Don’t Look Too Close songs and constantly toured (with Katie Herzig on background vocals). “That didn’t leave a lot of time for writing, but I tried to begin writing processes that might work after I have a baby,” Schlabs says of that period while working with collaborators such as Ben Glover, Bekah Wagner, Rogers (a “Go Outside” co-writer) and Culwell. “So I just started writing in smaller increments whenever I could. In terms of content, I was thinking a lot back to how I was raised and how my husband and I wanted to raise our family. I think that became the substance for several of my songs on the record.”

As a youngster who enjoyed listening to artists such as Waterdeep, Coldplay, John Mayer, and Sheryl Crow, she eventually caught the performing bug by discovering the music of Patty Griffin, Lori McKenna and Fleetwood Mac. “Their songwriting and the way they delivered it vocally made me want to write and play my own songs,” offers Schlabs, an acoustic guitarist who expects parenthood to help develop her musical growth.

“I think it puts being an artist into its proper place,” she contends. “I am an artist and songwriter, but that’s not all I am. Among many other things, I am also a mother. When I have disappointing days in music, my toddler wakes me up to the rest of my life and all the joys to be found. It can keep me from putting my whole identity in the music thing. That perspective can free me up to explore and experiment.”

Continually being inspired by songwriters and friends she has met along the way after deciding seven years ago to pursue a music career in Nashville, doubts still exist, even if her next record — equally euphoric, nostalgic and poetic — gets the rave reviews that it deserves. “I’m still not sure I believe I can really make a living doing it,” writes the 31-year-old who once worked as a chef at a small Texas café, then ran her own catering company. “But, I’m hopeful.”

Asked to compare her expectations from album to album, Schlabs admits, “When I recorded Midnight With No Stars, I didn’t know anything about releasing a record or growing my audience. More than anything, I had hoped my family and friends back home in Texas would be proud of me.

“I’m coming into Don’t Look Too Close (produced by Juan Solorzano and Zachary Dyke; recorded at Trace Horse Studio) being more grounded as a songwriter and a woman. It’s hard to have expectations in the midst of a pandemic, but I’m hopeful that it will reach more people, maybe even be some sort of salve to their souls.”

If there was a song made for these desperate times, “That Early Love” on repeat should start to ease the pain. Heal thyself, then let the good feelings linger.