To many fans, Neal Morse is synonymous with extensive song structures and richly intricate arrangements; after all, his own solo outings—as well as his earlier work with Spock’s Beard—are considered paramount entries in modern American progressive rock. However, beneath all of that has always lied an earnest and reflective singer/songwriter, an artistic identity that he’s continuously delves into at least partially—if not fully, as on 2014’s Songs for November—within each release. On 16 February 2018, Morse will release the next entry in his singer/songwriter style, Life & Times, and if his newest single, “He Died at Home”, is any indication, it’ll be filled with plenty of heartfelt stories and introspective music.

Focused on “a mother’s grief over the loss of her soldier son”, the idea for the track came when Morse was researching soldier suicides and found “an article about a young soldier named William Busbee. He came back from Afghanistan in 2012, and then committed suicide”. (You can read more about Busbee in this article from The Guardian.) In addition, Morse confesses just how personal the song is:

I had been praying for a roommate of a friend of mine, who was a troubled ex-military guy. The day we were playing in Paris, I woke up to a text saying that sadly, he had died. As I began formulating ideas for a song about him, I remembered that many years ago, I had been at a meeting at a military base in Tennessee. They asked us to pray for their men because almost every week they were going to the funeral of those who had ‘died at home.’

It’s fitting, then, that the piece is a sparse ode that finds Morse’s typically raspy pensiveness complemented only by delicate strings and acoustic guitar strums. As you’d expect, it left quite an impression when it premiered at Morsefest 2017 (an annual celebration of his music). Likewise, the black and white video features photographs of Busbee (provided by his mother, Libby) intercut with Morse performing, yielding a perfectly understated yet impactful complement to the music. 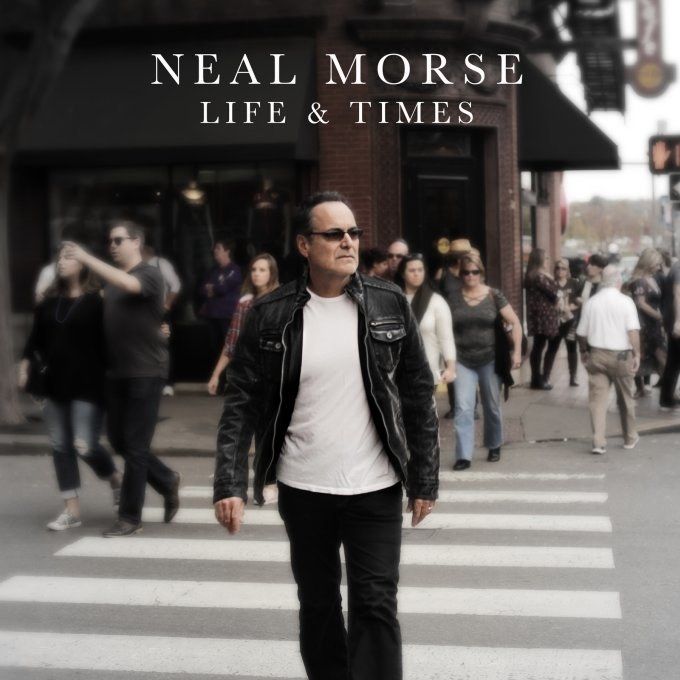 Commenting on the album as a whole, Morse says that it’s about him “looking around and taking stock” of things now that he’s in his mid-50s, with grown children. He adds, “I’ve come through a lot of difficult times, and I’m in a fairly content place now.” Interestingly, a lot of Life & Times was crafted during his time on the “Road Called Home” tour earlier this year, “with some of the songs being inspired by the places he visited, while others are from spending time with his family”.

No matter the inspiration, there’s no doubt that the other eleven tracks on the disc will pack a comparable yet varied kind of elegance and honesty that makes “He Died at Home” so powerful. As a recent review from Sonic Perspectives concludes, “Neal Morse has the ability to take the listener in any emotional direction with straightforward songs and meaningful lyrics”.

You can check out the video for the song below, as well as pre-order the LP from Radiant Records here.