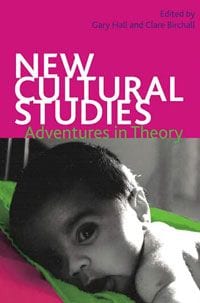 Just when even the stodgiest of academics was getting used to the idea of cultural studies as a traditional academic discipline, here comes a book to shake everything up again. Of course, part of the point of a field like cultural studies is that it constantly needs shaking up; its contemporary appeal relies on the energy of new discussions, new theories and new interpretations of emerging trends in popular culture. As a discipline, it’s a bit like a sandwich left out for an hour; you come back to it, and it’s already stale.

This, at least, is the impetus behind Hall and Birchall’s edited collection, which presents a range of new theoretical ideas in cultural studies, some of which reinforce the work of previous generations, some of which call earlier work into question. The editors, both Senior Lecturers in Media and Cultural Studies at Middlesex University (UK), are certainly well qualified for their task. Hall is the author of Culture in Bits: The Monstrous Future of Theory (Continuum, 2002), founding co-editor of the e-journal Culture Machine and editor of the Culture Machine book series published by Berg. Birchall, too, has published widely on cultural theory and cultural studies; she’s author of the book Knowledge Goes Pop: From Conspiracy Theory to Gossip (Berg, 2006). The British edition of New Cultural Studies was published last year, by Edinburgh University Press.

The book claims to be aimed at “students and researchers,” but I imagine only the most serious of grad students would be brave enough to tackle the entire volume, though individual chapters may certainly prove useful in their own right. As a whole, the volume anticipates a future full of emerging possibilities in the cross-section of theory, politics and class. The theoretical issues considered are mostly strands emerging from continental philosophy, particularly as it applies to ethics, the body, war, new media, gender, the transnational and the posthuman. In short, this book provides an ambitious and wide-ranging attempt to limn the face of cultural studies in the 21st century.

The major difficulty of this task is in negotiating how the field relates to particular generations and locations. It seems to me that cultural studies has always had a rather awkward relationship with the academy (and academic theory) on the one hand, and commercial considerations on the other. Personally, I found the second section of the book, containing chapters assessing the work of Deleuze, Agamben, Badiou, and Žižek, to be particularly helpful in this regard. The chapter by Imre Szeman on Transnational trends in cultural studies is also very useful, as is Neil Badmington’s chapter on the Transhuman.

This collection of authors represents a new generation of voices in cultural studies dedicated to articulating the theoretical issues to which they respond, to reposition theory as vital (whatever more influential critics like Terry Eagleton might be claiming), and to reaffirm its continuing intellectual and political relevance to both cultural studies and to society at large. By necessity, then, the writing in New Cultural Studies is erudite and engaged, and can be theoretically dense; many readers would probably appreciate more specific, real-world examples.

My one main caveat in recommending this volume is that, for a book so theoretically wide-ranging, the territory covered seems oddly provincial. Of the 15 contributors, nine are British, which tends to give the ground a particular slant. Most of the contributors assume as a matter of course that the field of cultural studies grew originally out of the Center for Contemporary Cultural Studies at Birmingham University in the 1970s and 1980, and the work of Stuart Hall in particular. But as Imre Szeman points out in his chapter on the Transnational, there are many versions of cultural studies (and it’s interesting that the ‘Transnational’ is considered as one of many issues to be considered within the field, along with new media, the ‘Secret’, the ‘Extreme’, anti-capitalism etc., which are all given equal weight).

In the British sense, of course, cultural studies is bound up inextricably with class and power, and those working in the field naturally locate all social practices as they relate to the dominant classes, the social and political context in which culture manifests itself, and so on. In the US, however, cultural studies is more fragmented, and in the 21st century has been widely absorbed by such competing territories as sociology, literary theory, cinema studies, cultural anthropology and continental philosophy. Scholars in these fields also have interesting ways of applying critical theory to popular culture, without considering their work connected in any way to politics or class, let alone Britain or Birmingham.