With the Marvel Cinematic Universe (under Disney’s behemoth umbrella, as is Star Wars), The Walking Dead, and Funko drawing lot of attention, plus tons of people dressed as their favorite characters, there wasn’t much room to breath at New York Comic Con this year. The 2018 edition drew a reported 250,000 attendees (at least per ticket sales, some would be repeat attendees). That’s a quarter of a million people of all shapes and sizes, adults, children, cyborgs, mutants, clones, wizards, Mandalorians, and more, shifting through the Javits Center. It’s a photography smorgasbord. 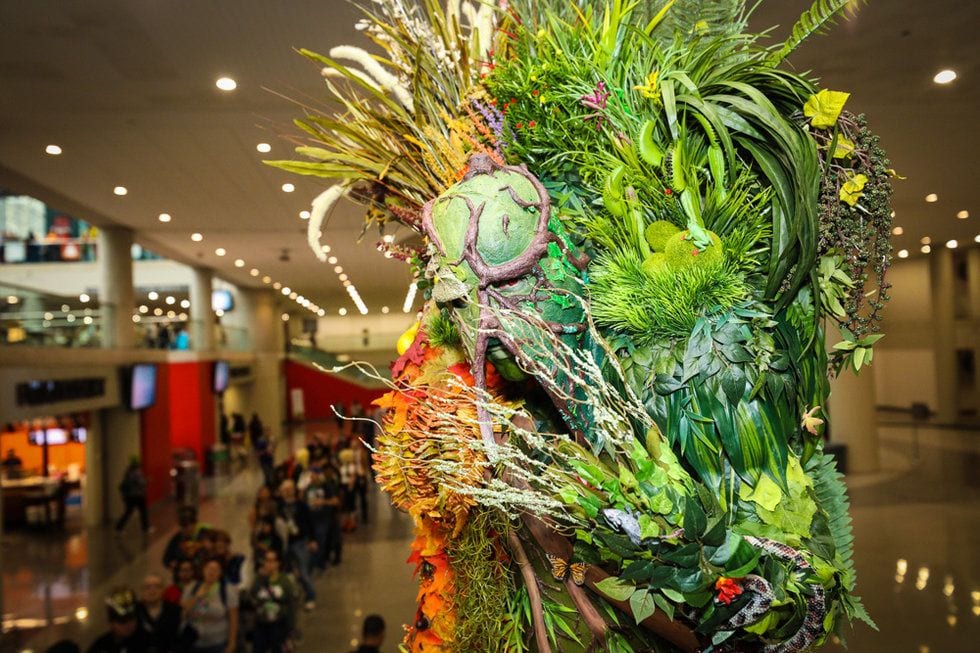 But I avoided much of the cosplayers to make my rounds to a few panels. The main draw this year, at least for me, was the upcoming Hellboy reboot directed by Neill Marshall and starting David Harbour of (Stranger Things fame). One might not see the dad-bod, Jim Hopper playing actor as an instant fit for the lead role, but creator Mike Mignola’s wife pictured him for the when watching the ’80s set series. But Harbour trained pretty intensively to get the muscular Hellboy physique (his trainer happened to be in the audience and gave a bit of an intro to the panel). 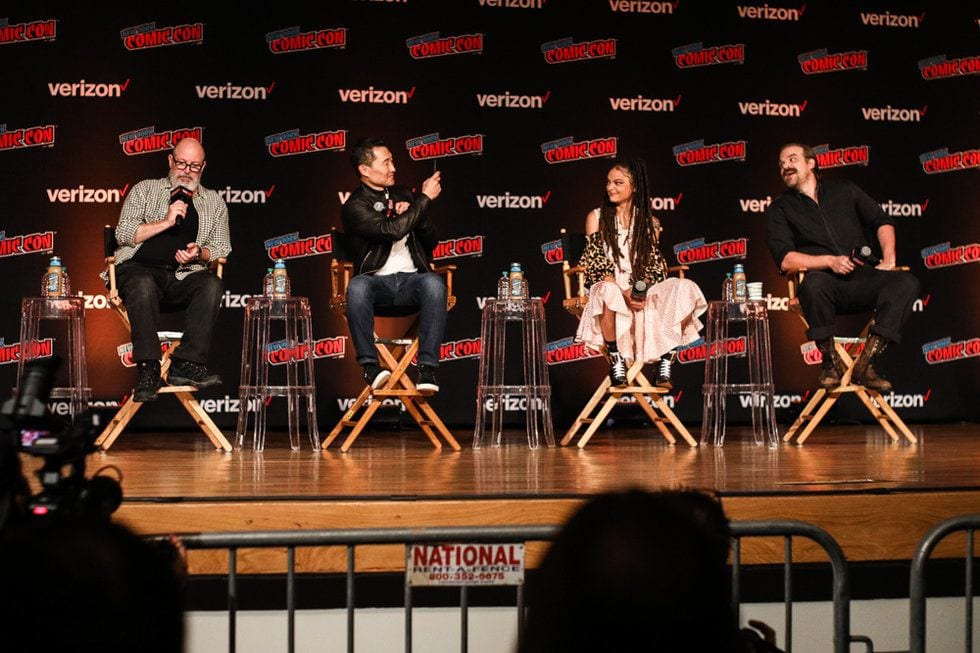 The lead villain, the Blood Queen, is played by Milla Jovovich, notable for her sci-fi/fantasy roles in The Fifth Element, Resident Evil, and more. Harbour seemed to feel intimidated just for playing against her character (Jovovich was not at the panel but did send a brief video) but he, and the rest of the panel, Hellboy’s accomplices, Sasha Lane and Daniel Dae Kim and Mignola himself praised her.

I went into the panel concerned at how the new film would fare against Guillermo del Toro’s two earlier and gorgeous films (2008’s Hellboy II: The Golden Army was one of the films that drove me to buy a blu-ray player). And though only about two minutes of footage from the forthcoming film were revealed, I could see that this picture would be just as lush and a lot more violent as heads were exploded. (They are comfortable with the film getting an R-rating.) 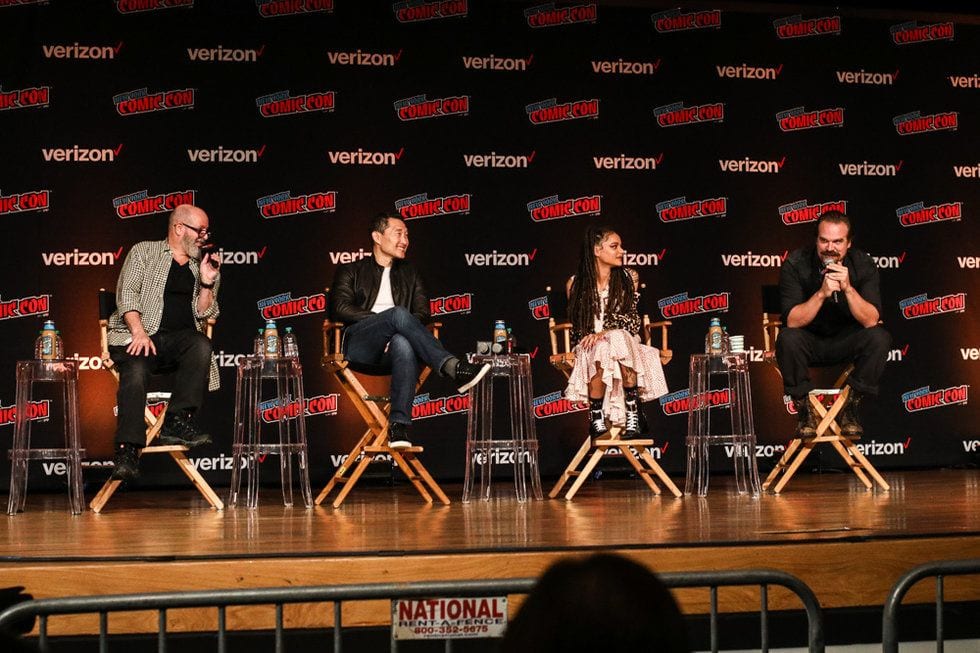 Continuing with darker shows, the other top panel on my radar was the Daredevil season three event with Charlie Cox (Daredevil), Deborah Ann Woll (Karen Page), Vincent D’Onofrio (Kingpin), Wilson Bethel (Bullseye), Erik Oleson, and more. The various MCU shows on Netflix show a darker side of Marvel compared to the silver screen counterparts. And Daredevil is maybe the grittiest of them all — Matt Murdock is a pugilist who can give (and certainly takes many) a beating. Murdock’s friends think he is dead at the end of The Defenders but the audience glimpses a teaser of Daredevil recovering in a church at the end of that show.

In season three, which was released October 19th, he’s returned to find Kingpin outside of prison and a new opponent, Bullseye trouncing Hell’s Kitchen. Oleson obliquely discussed one of the promising new fight sequences, “Remember the hallway fight [from season one]? Yeah, we top that. There is a sequence this season which I was not sure we were going to be able to pull off. It required me making a phone call to Jeph (Loeb) and some others to ask permission to stop filming for the day just so the crew could rehearse an action sequence for one take… it’s going to be something that everyone in this audience is going to love.” [That scene is in episode four of the new season and it is simply tremendous work.] 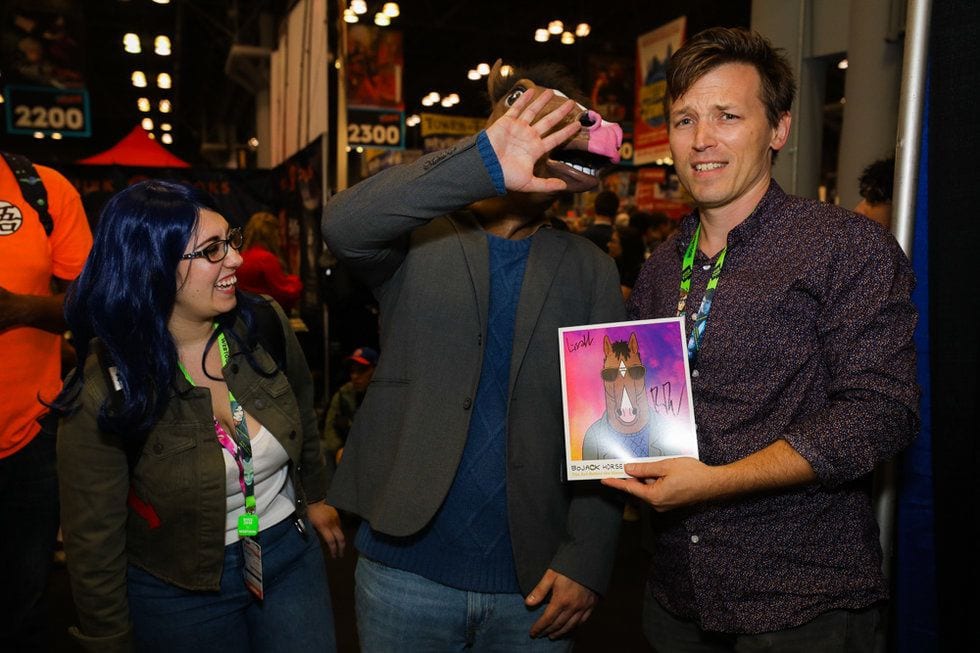 While I did roam the floor for a while, I didn’t see a lot more than the above. I did want to see the What We Do in the Shadows TV series panel and I do always wish I could see The Walking Dead event (the show’s new season aired the last night of the Con) but there is so much going on and so many people around that it is painful to commit to waiting on line for a panel when I could be roaming. So, to catch up quickly, I just ended up watching some trailers from New York Comic Con. Check em out below. 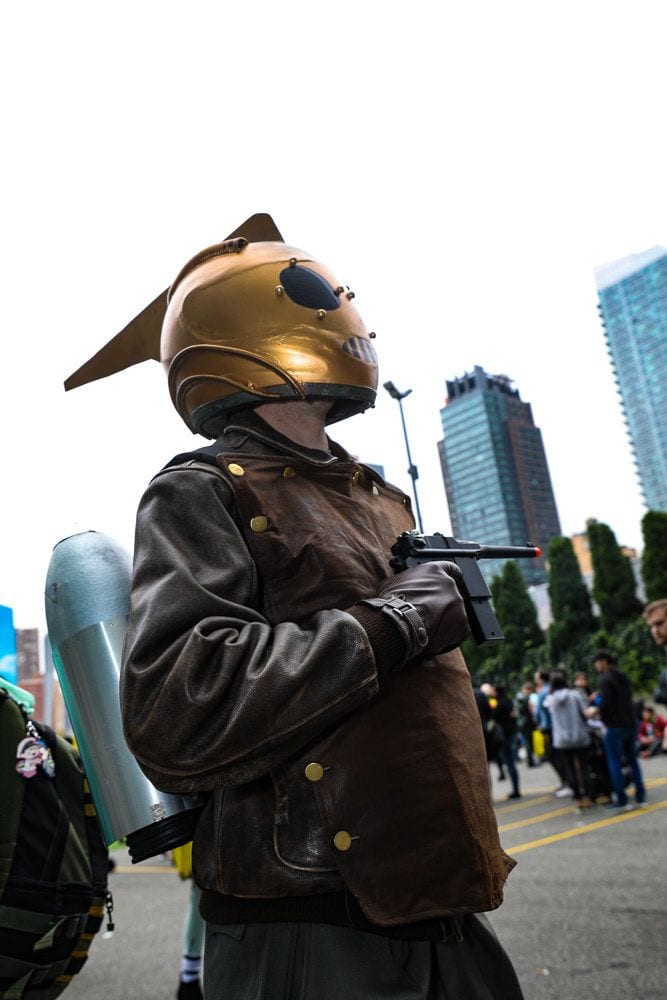 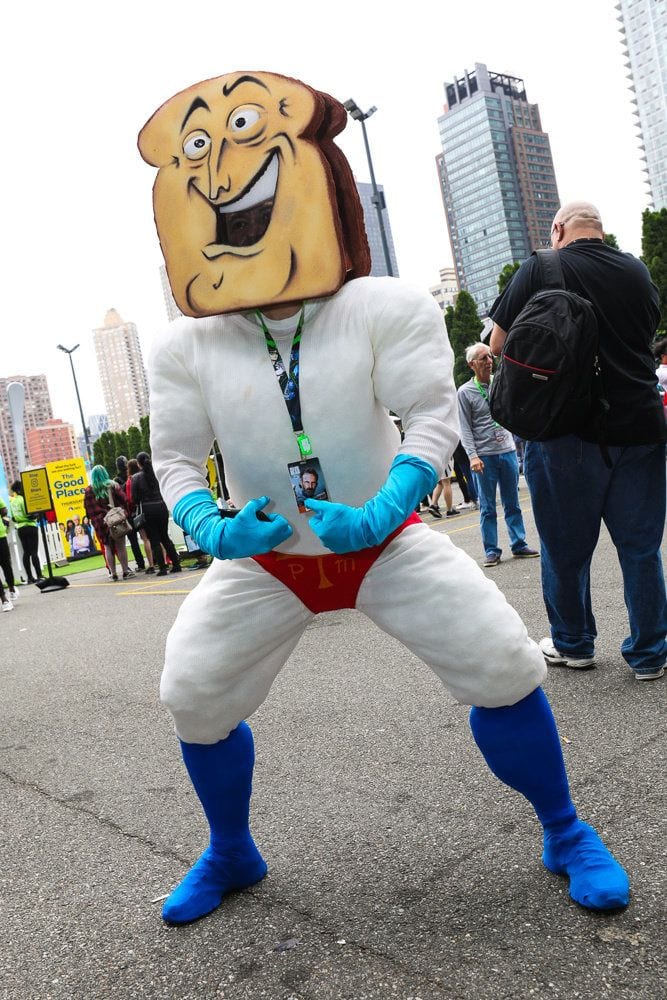