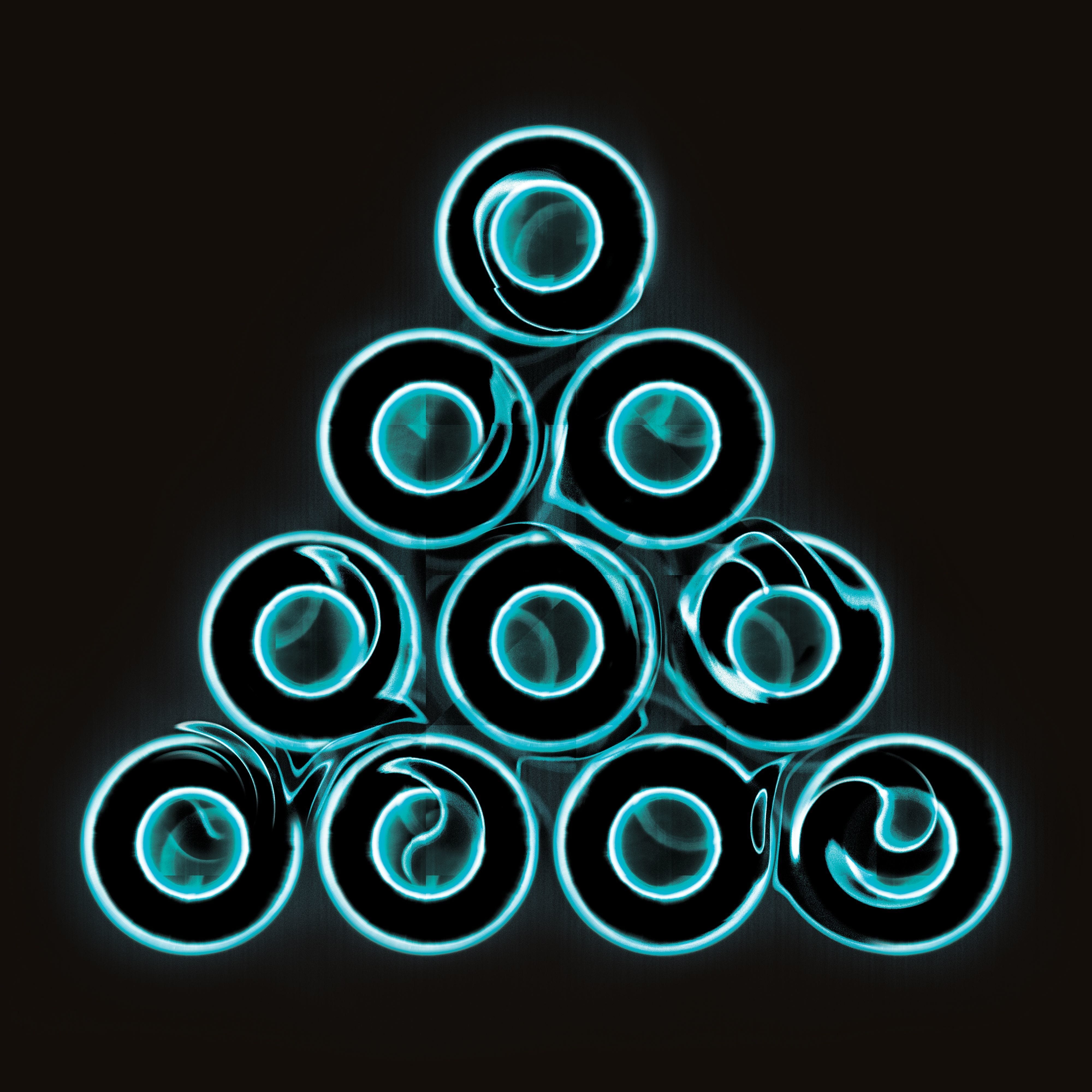 “I leverage every single aspect of every musical tradition I’ve learned and borrow bits and bobs,” explains Nicolas Bougaïeff in the press materials for his latest album, The Upward Spiral. “That’s a process I’ve been doing ever since I started embracing composition as my vocation about 20 years ago.” Although his musical endeavors seem firmly embedded in industrial techno (for now), Bougaïeff — who grew up playing violin and saxophone before feeling the pull of synthesizers and programming — clearly enjoys playing around with the genre and pushing it past what’s expected. There’s a complexity at work that’s a bit startling and exceptionally refreshing.

Even the title – The Upward Spiral – has an unconventionally positive spin. It’s an indication that the nine tracks contained herein are assembled and executed in an unexpected fashion. While the album title seems to be a bit of a playful jab at the 1994 Nine Inch Nails classic, the name of the opening track – “Embrace Hope All Ye Who Enter Here” – goes a step further by turning Dante on its head. Fortunately, it’s not all witty titular wordplay. That track, a thumping salvo of groaning, low-end synth rumbles and aggressive, off-kilter beats, is relentless, but it continually evolves with its smartly shifting sound design.

The single “Thalassophobia” – the word means “fear of the sea” or “fear of deep water” – may initially come off as a brutal, impersonal assault. Still, the variety of sounds and layers of melodic synth noodling bring out a personal, sympathetic vibe. Fear of depth is one thing, but Bougaïeff’s instrumentation and arrangement seem to lend a sympathetic ear. Furthermore, techno’s reputation as a cold and clinical genre gets a swift kick in the pants on songs like “Flying High”, particularly when the thumping beats subside to reveal generally warm and inviting hooks and synth lines underneath.

“Inexadorable” finds the sweet spot between gleaming futurism and more organic sounds, as something resembling low piano notes treated with a distorted buzz mesh with menacing beats. More and more musical complexity is layered onto the track to the point where the “dance/club” vibe is countered with an almost modern, atonal classical feel. Not surprisingly, Bougaïeff describes the nine songs as “little open scores”. You could even say that there is a semi-traditional sci-fi film score at the heart of songs like the dark, bristling “Nexus”.

The Upward Spiral closes with one of its high points, the complex, invigorating “Listen Carefully to the Heart Beat”. The track begins as a low-key maze of melodies over an unconventional waltz tempo. It gradually builds and builds, running through a wide range of avenues in just over five minutes. It’s a skillfully executed track that takes its time. One of the many pleasant surprises of The Upward Spiral is the fact that each song lives in its own unique universe. There’s plenty of industrial techno that simply throws a beat on top of a bland melody, repeats the cycle over the course of an hour, and calls it a day. Bougaïeff applies meticulous care and a deft, trained ear to each track, and the results are marvelous.