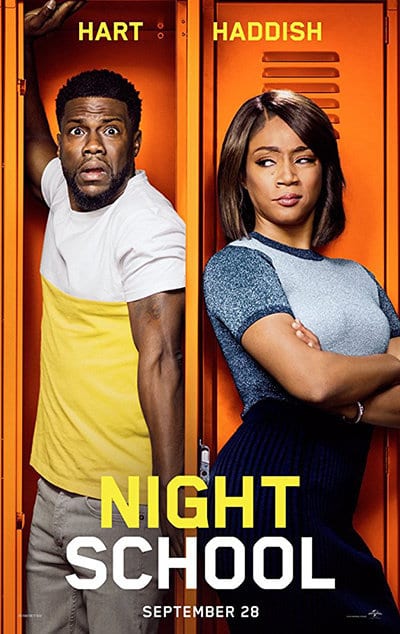 Movie magic isn’t reliable. It’s an unpredictable concoction of many parts outside of pretty much anybody’s control. That’s particularly true with comedies, which studios tend to under- or over-promote. They’re forever flatfooted. The shock when a modestly-budgeted comedy takes off is so palpable that usually bad decisions are made. If something works once, why shouldn’t it again? Just ask the suit at Universal who greenlit The Hangover III before The Hangover II even hit theaters.

It’s easy to imagine something like that happening with Night School. Last summer, Malcolm D. Lee’s beautifully dirty Girls Tripmade a mint by sending four women tearing through New Orleans with a few simple rules. The crucial one: Whenever Tiffany Haddish‘s character wound up for another deftly trash-mouthed tirade, everyone needed to simply step back and let her fly. Within a week, Haddish was crowned funniest woman in America and there was serious talk of her getting an Oscar nomination. Reuniting her with Lee and adding Kevin Hart, the only comic in America who can tour arenas and has a movie career based mostly on his willingness to play his short stature off tall co-stars, makes a perfect kind of sense.

Unless the result is Night School. In the ’80s, this kind of under-imagined and over-emoted project would have paired some over-the-hill comic with a few fresh-faced youngsters and blipped wanly into theaters before settling into a comfortable half-life circulating through the pay cable channels. But these days, it’s a bigger deal, with two of Hollywood’s most bankable stars mugging for all they’re worth in the posters in the hope of ginning up a decent opening weekend. Which it probably will, because most of the TV ads feature Haddish punching Hart in the face. Because education. 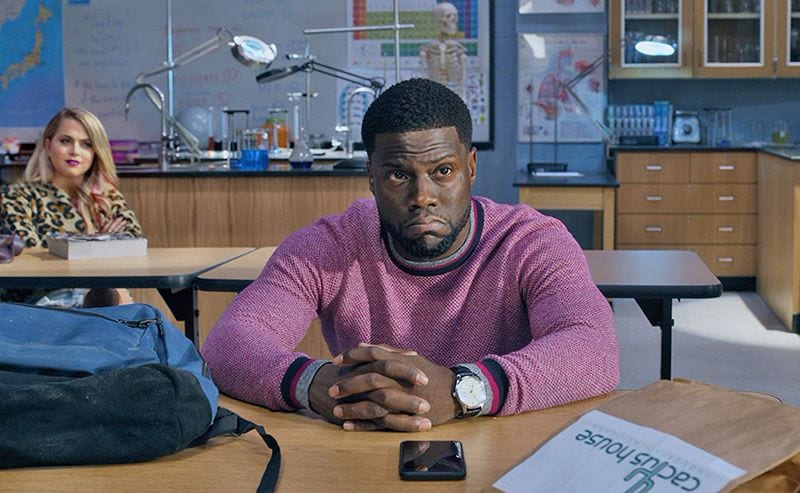 The big idea of this story—which has a full six writing credits appended to it—has Hart playing Teddy, a high school dropout barbecue grill salesman who is hiding his lack of education or high-paying job from his stylishly out-of-his-league fiancé Lisa (Megalyn Echikunwoke). One very foreseeable catastrophe later, Teddy’s forced to finally get his GED. But in secret, because Lisa can’t know his shameful truth and because as far back as Shakespeare we’ve known that comedy in large part requires people lying and deceiving for damn fool reasons.

A somewhat reserved Haddish plays Carrie, instructor at Teddy’s night school. She spends a good part of her screen time reading various sections of the riot act with icy determination to Teddy or Stewart (Taran Killam, further perfecting his stone-cold creep routine), Teddy’s childhood nemesis and current school principal. She dominates effortlessly, but in a limited and underwritten character that doesn’t give her the full range of her comedic abilities.

In many cases, the stars hand the movie right over to the gaggle of comics playing Teddy’s classmates. It’s a mixed crew of end-of-their-tether adult scholars, ranging from Rob Riggle’s too-dumb-to-breathe dad to Mary Lynn Rajskub’s overwhelmed homemaker (“What is ‘woke’?”). In many comedies this crew of happy-to-help sidekicks—they throw themselves all too easily into the test-stealing scheme Teddy suggests about five minutes after getting to class—would provide a solid base of laughs for the stars to build from. But here, they’re mostly reduced to antic clowning, excepting Romany Malco’s slyly underplayed take on a conspiracy nut.

Hart pulls from his full arsenal of tricks, particularly the rubber-faced mugging and that high nasal wail of pain and distress. It all works fine enough, until the story forces him to put on a serious look and face the self-delusions and learning disabilities holding him back: “I got learning herpes?” That line received among the biggest laughs of the night from the audience this writer saw Night School with. The other biggest laugh probably came during the test-theft caper when one night-school student vomits from the ceiling into the open mouth of another. Nothing was audible for a good ten to 20 seconds afterwards.

If Night School were a better movie, that might have been a problem.