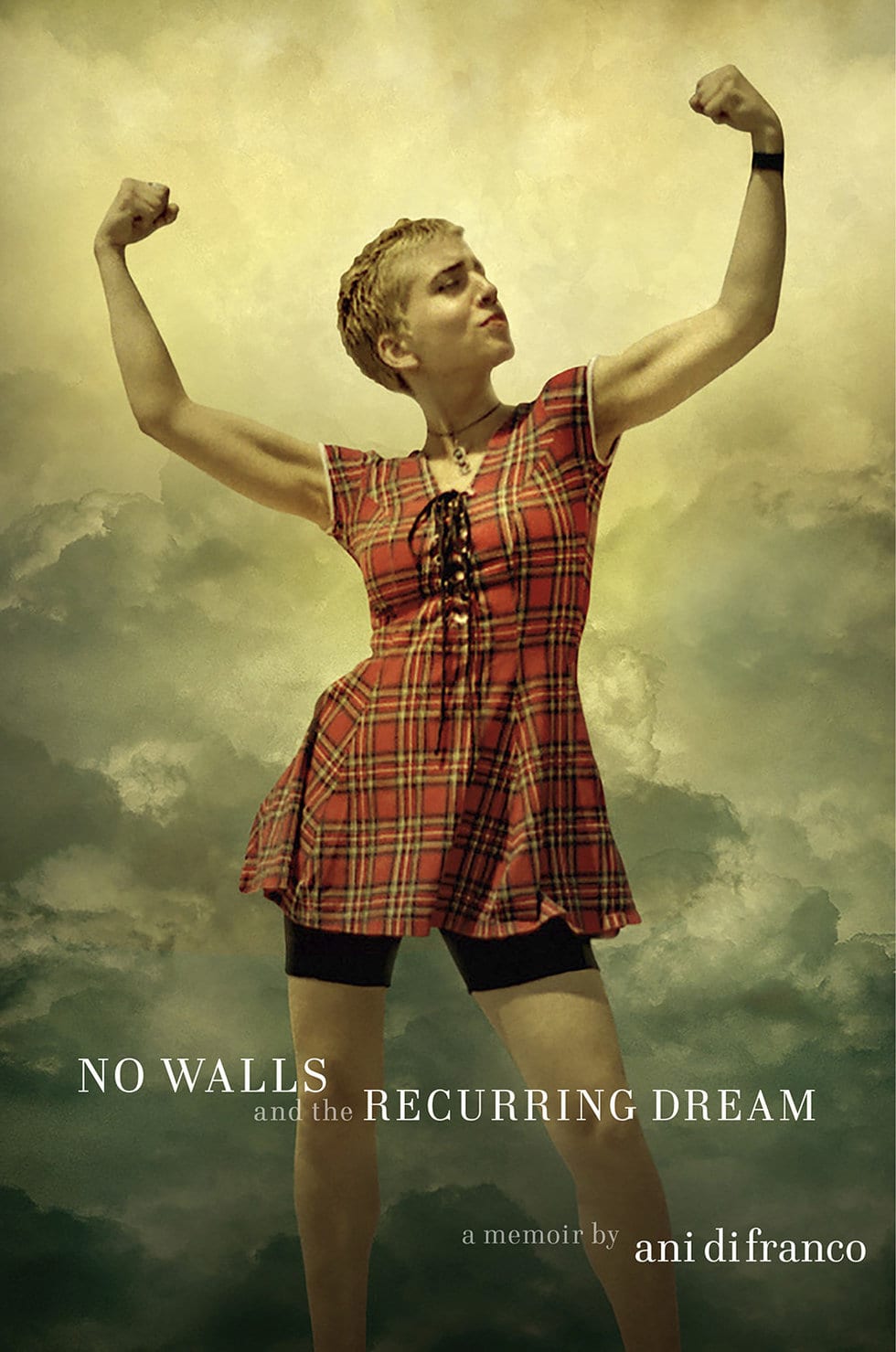 No Walls and the Recurring Dream
Ani DiFranco
Viking

In the dead of winter near smallish college campuses all across the great flat surface of middle America, there are young white women sacrificing the many helpful things they do all day, for just one day, to stand in line outside a concert venue for six to eight hours, braving the elements with only their equally fierce elemental nature, because they spent 35 bucks to see Ani DiFranco and they are for sure getting a spot in that general admission front row. Sometimes they hold each others’ spots in line and make a necessary trek to a bathroom. Other times they just hold it. That was me, age 20, almost 20 years ago, in Bloomington, Illinois.

The sub-zero wind chill lowered my body temperature to such a degree that when I finally did go take a piss, it felt like I was shooting fire. In the men’s bathroom (because the sign on the door doesn’t matter at Ani’s shows — and also, just “Ani”, first name only to all her fans), I met one of the very few dudes present, who ultimately snail mailed me a bootleg copy of his recording of that night’s show for five bucks—really nothing more than the cost of the compact disc and its shipping. I’ve collected dozens of stories like this during the time I obsessively followed Ani around like she had a limited first edition copy of the How to Be a Dyke handbook, or at least a pamphlet titled So You Want to be a Queer Activist. It’s a super specific and devoted fandom, for better and for worse.

There’s no denying that intense study of Ani DiFranco is an excellent finishing school for a certain type of nonconforming “young lady”. I’m still unsure of whether I graduated or simply dropped out of it, somewhere around the time I could legally purchase alcohol. And my story is the same as those of many other hip chicks. In a way, Ani has been living in the feedback loop best articulated by Matthew McConaughey’s character in Dazed and Confused: she grows older and her fans stay the same age. That character is stuck with a version of himself that he knows he’s aged out of, trapped by a personal brand that served him well at first until ultimately he felt forced to serve it instead. That’s the irony of growing up, which Ani confronts with ferocious eye contact in her new memoir, No Walls and the Recurring Dream.

It’s written in a style similar to Bob Dylan’s Chronicles (Simon & Schuster, 2004) or Bruce Springsteen’s Born to Run (Simon & Schuster, 2016). There’s a loose chronology, but mainly it’s an act of mythic storytelling and perhaps a bit of down-low fence-mending. Names of the guilty have been charmingly changed to things like The First Boyfriend, and there are very many shout-outs to the unsung innocents who helped push her career forward. There are stories about how some songs were inspired, and a heap of historical and logistical information about the founding of Righteous Babe Records. This is a character-driven bildungsroman, not a properly straightforward set of factoids, which allows Ani’s natural gift for the carnivalesque tale to really shine. Her swirling onstage impromptu has always been a gold standard, so it’s no surprise that given some time for reflection and revision, she shows herself here as an exceptionally talented writer.

This project was overdue, which is also a large part of its fascination. The type of independent stardom (yeah, put a pin in that oxymoron for a minute) she achieved—no, let’s be bold and more truthful and say the type of independent stardom she created—has never been seen before. She is the one and only person to have experienced and disrupted the music industry in the way that Righteous Babe Records did. I feel awkward using the past tense there, but this’ll help: “The case of the Righteous Babe is closed. Let the record show that there are, in fact, whole other girls with the same face and the same name, who lived concurrently to the one in this story, but this is the one that got written down, so this one wins. The others, momentarily forgotten by my typing fingers, will soon cease to exist. History is not only a story told but a story chosen” (302).

Ani (like anyone else) contains multitudes, but her iconic image has flattened. As she ages, she finds herself less blissed out on it. Perhaps she never was truly happy with the public perception of her mission or her work. There’s a sadness and even a hypocrisy there in the ways she’s let that image lie, yet also a defiant sort of forward-looking optimism: “But, twenty years later, walking past my own merch booth still makes me feel like a jerk. […] Once I started selling T-shirts, they started floating my whole operation. It is truly sad to me that the label ‘entrepreneur’ has followed me around for so many years, often coming right behind ‘singer-songwriter.’ ‘Entrepreneur’ usually comes before or even displaces the word ‘activist.’ It finally got better when I decided to stop caring about what the media say at all. Go ahead and call me Annie the entrepreneur. Call me whatever you want. I know who I am” (208).

But she doesn’t know who she will be. Much of the memoir conveys a sense of how hard she worked and yet how seldom she looked ahead. At the ripe old age of 48 now, she finds herself staring a lot at the horizon and this book is meant to sew up some of her legacy. If she can turn the page on the superheroic origin story of Righteous Babe Records, she stands a chance of being able to reinvent herself, even though it will be hard and she has really no idea what kind of future she wants: “Yes, it’s true: Whatever the thing is that you are resisting the most, whatever thing will be the most painful, that is the thing you must do. That’s the sick joke of being a grown-up. Your job becomes to figure out what you’re avoiding” (290).

How wonderful that she has a chokehold on the generic human irony of her spectacularly one-of-a-kind position in music history. Now that she’s said her piece, perhaps the historical record of her career will feel less like purgatory: “Of course, TV feels minuscule now compared to the internet, and no one can apparently opt out there. So I guess it’s officially time for me to get over myself. Every living moment can and will be held up to an eternity of scrutiny online” (201). In the heyday of my fledgling queerness, like tens of thousands of others for two or even three generations now, I indeed signed on to scrutinize Ani’s every single moment for an eternity. And that was before the internet. Maybe we did age out of Ani’s primary demographic, but No Walls and the Recurring Dream presents a refreshed version of her self-concept that is both instantly recognizable as and clearly different from the flat icon we worshipped. So to all the aging queers out there, heads up: you may have aged back in to Ani’s audience.

Here’s a simple test case: this memoir is published by Viking. I don’t need to tell you that’s the very definition of an extremely corporate major player. At 20, I would’ve torn the die-hard anti-corporate pioneering activist apart over that. Twenty years later, I just chuckle a little. If you’re old enough to be moderately amused about the irony of Ani’s publisher, definitely read the book. 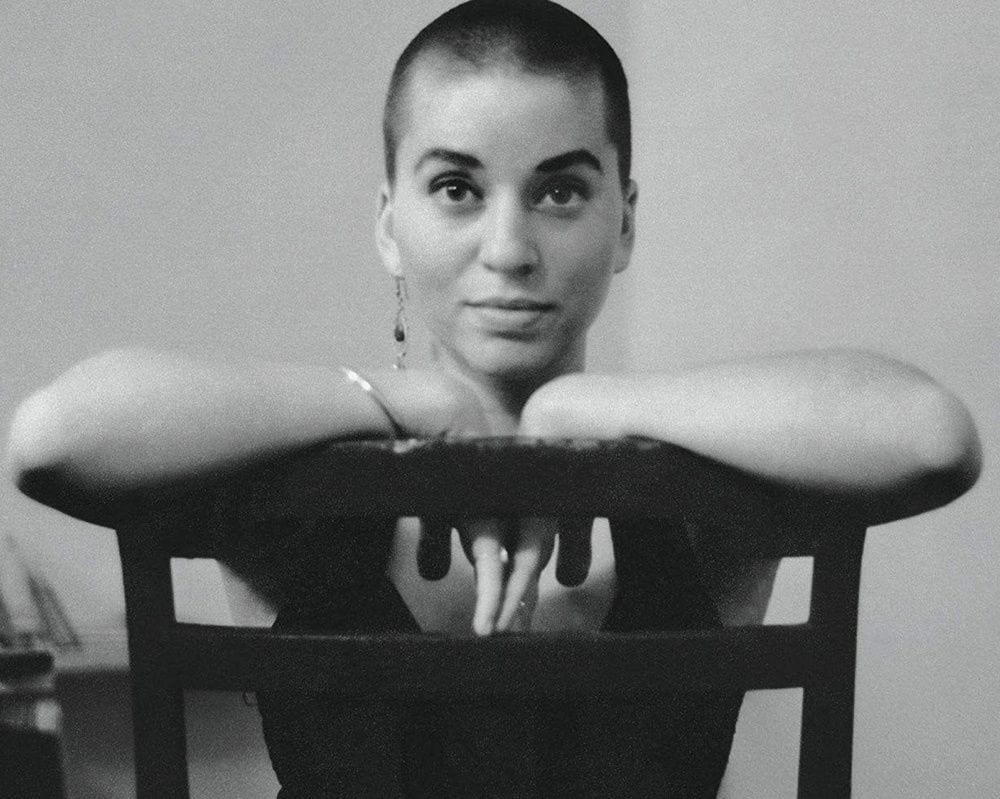