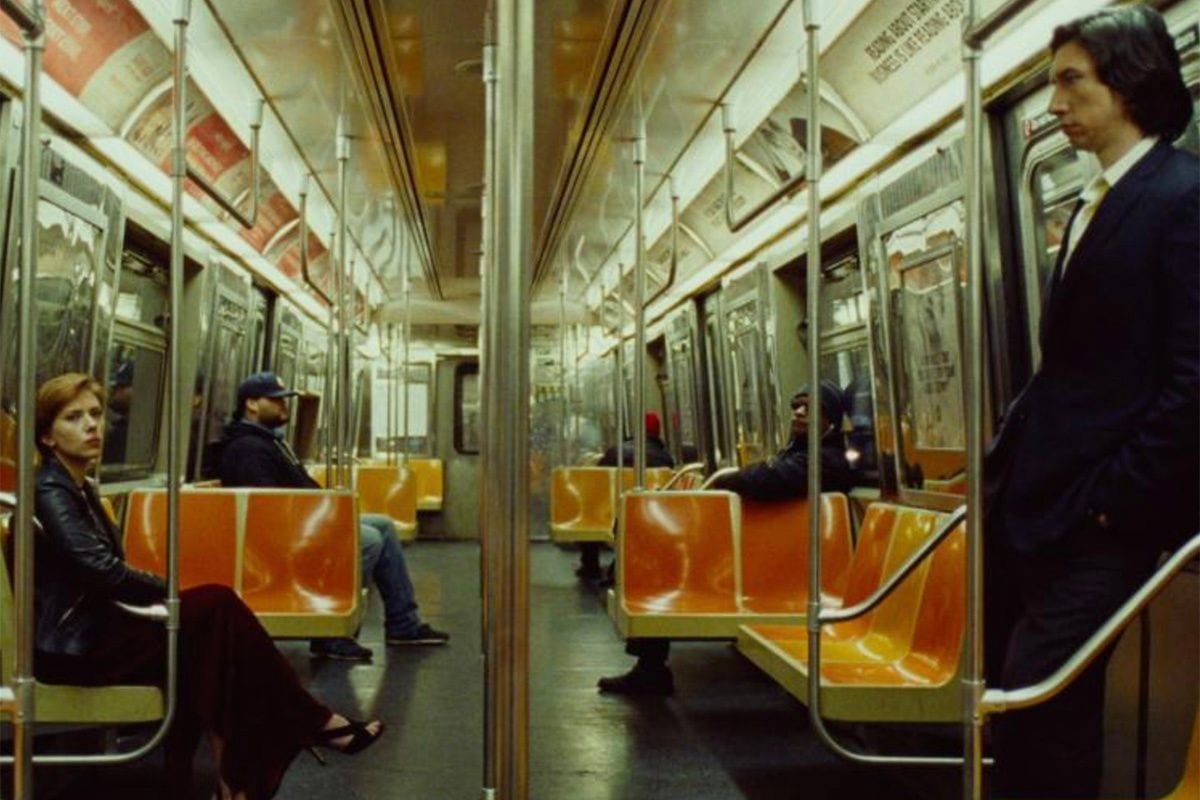 In Marriage Story‘s opening minutes, Charlie (Adam Driver) and Nicole (Scarlett Johansson) read diary entries in ode to one another while vignettes flicker depicting idyllic family fun. With this montage, writer-director Noah Baumbach pricks the audience into asking how these two attractive, brilliant, and committed artists could be on the verge of divorce.

The culprit is a dream deferred. While Charlie carved out a niche directing plays in Brooklyn’s off-Broadway scene, Nicole has remained his muse and figurehead. After enduring years of moratorium, Nicole’s unnurtured desire for Hollywood stardom explodes in a final act of severance. Despite this potentially mellow-dramatic premise, the film’s power stems from Baumbach’s focus on the gestures and dialogues of these characters loving and leaving each other—actions that the film concludes are inextricable.

Like Baumbach’s
The Squid and the Whale (2005), Marriage Story is shot with no-frills lenses that convey each well-crafted scene into a daily experience that effortlessly communicates its theme. The first frame is of Nicole’s pristine face emerging from a black background, center stage in one of Charlie’s plays, anticipating her efforts at becoming a leading lady in her own life. In contrast, Charlie, even with Adam Driver’s gangly limbs, struggles reaching for an entry ticket to a parking garage. This quotidian toil signifies how the character is grasping to get a handle on the emotional and financial perils of the larger situation. Unlike lesser films (Zach Braff’s 2004’s Garden State comes to mind), these visuals are effective because they underscore the film’s tenor.

The film features tour de forces from its leads. Johansson’s seven-minute monologue in which she narrates the vicissitudes of her and Charlie’s relationship is an actor’s equivalent to pulling off a triple salchow. Driver’s boyish smile and pouty lips erupt seemingly on cue into man-sized tantrums, his helplessness exaggerated by the juxtaposition of his height to Johansson’s. Through the physicality of his acting, Driver shows a man losing a tug-of-war to keep things from changing.

Marriage Story‘s main emissaries of conflict enter in the form of the lawyers the aggrieved lovers turn to. Nicole’s lawyer is Nora Fanshaw, a boutique divorce attorney with a score to settle. As played by Laura Dern, Nora prowls across the screen, her rangy figure accentuated by stilettos and low camera angles. Charlie’s lawyer, Bert Spitz (Alan Alda), is a rheumy-eyed sage who tries to ameliorate the tensions with pithy phrases, describing divorce as being “like a death without a body”. Add Jay Marotta (Ray Liotta)’s caustic counsel to the mix and the process becomes a messy autopsy, as every confidence Charlie and Nicole have ever shared becomes a mark of shame.

Randy Newman’s score acts primarily as a sonic stage curtain to introduce and close each scene, letting the actors do the heavy lifting. However, the pensive string section belies the sense of classic tragedy, contrasting the film’s common-place quality.

As they try to disentangle themselves from their marriage, Charlie and Nicole inevitably transgress, in their separate ways becoming pathetic and unhinged. Throughout all the contention, however, Baumbach keeps audiences attuned to the characters’ core sweetness and decency. In the couple’s moments of most intense enmity, they are reminded of their deep affinity which, for better or worse, richer or poorer, will always tether them together.