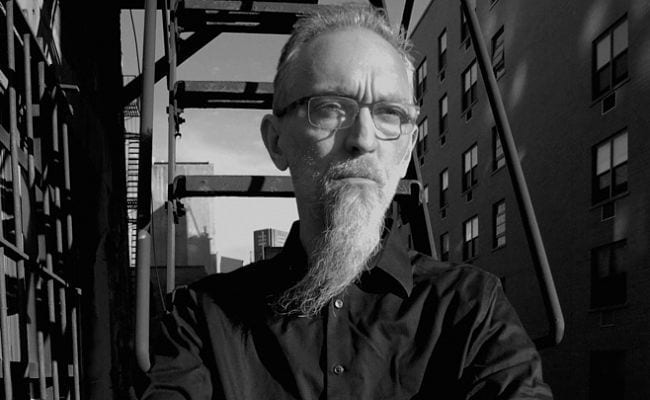 Norman Westberg has made a career of gnawing on the out fringes of the no-wave/post-rock/noise-rock scene for so long that it’s a bit of a surprise that he doesn’t have a larger solo discography by now. After playing guitar in the experimental group Swans for 30 years while lending a hand to the Heroine Sheiks, Sulfur, Sugartime, and Five Dollar Priest, you’d think that someone would have thrust his name to top billing on some release or another long ago. Yet here we are with 13, one of just a few albums to his name, reissued by Room40 after living in obscurity for two years. Recorded in 2013, lasting 31 minutes, and vanishing after all 75 copies of the thing had been sold, people were probably just too caught up in the triumphant Swans reunion to really notice the subtle magic of a tiny release like 13. And there’s no guarantee that every Swans fan would be taken by such an album. Just from a glance it appears to have more in common with a Steve Tibbetts release on ECM than anything associated with the ferocious underbelly of early ’80s New York City. But fans of noisey genre-bending are, if nothing else, open-minded, meaning that 13 fully awaits their widespread embrace.

But 13 is classified as a guitar album in the same way that your favorite dark comedy could be classified as “funny.” First track “Frostbite Falls” is performed on the bowed bass, the following track “Bunny Bill” is played on the electric guitar, and last track “Oops, Wrong Hat” is summoned from an acoustic guitar. But there is so much manipulation and sustain at play here that the source instruments take on a new guise in the long, ambient drones that serve as both the mattress and the bedding for 13. The record is all atmosphere. Westberg doesn’t set aside space for anything else; a color without an object or a mood without a story.

This isn’t a deficiency; it’s an art form. This is the kind of music that stirs the sounds together in hopes of conjuring a new vibration that would otherwise not exist. Unless you are the author of such a work, it’s hard to approach such large tracks in any way other than holistically. If you can’t recall a particular “moment”, then you should at least be able to recall a mindset or a particular sensation from the music. Those who delight in the e-bow side of the six string saga will likely find 13 too short for their liking. If you think that Westberg’s music career should begin and end with some brash chords from his Telecaster, then 13 can’t end soon enough for you. As stated earlier, there is room in the Swans’s scene for the softer side of experimental guitar. Think of it as the falling action at the end of the night after you witness a Swans live set come crashing down on your head.