The reissue of Eula Biss’ Notes from No Man’s Land, originally released by Graywolf Press in 2009, is timely. The essay collection deals with issues of race and marginalization in America and attempts to resolve common misconceptions associated with these topics. Biss wrote these essays well before the start of the Black Lives Matter movement, well before I heard the term “white privilege” used in casual conversation. The book remains compelling not only for its elegant prose that melds politics and personal essay, but because its subject matter may be even more relevant in these times.

“Time and Distance Overcome” opens the book with a six-page history of telephone poles in the United States before breaking into a history of the lynching of black men from telephone poles. The effect is unsettling. Biss is aware that traces of this bygone America are still among us, in plain sight. Throughout, she displays an acute perception for discovering racist undertones in 21st Century American life.

For example, in “Black News”, she recalls her time working as a writer for the Voice and Viewpoint, an all-black newspaper in San Diego that reports on social issues affecting the city’s African American community. “I covered a San Diego that did not appear in the travel brochures,” Biss writes. “This San Diego was not concerned with the surf report. This San Diego was concerned with its infrastructure, with working streetlights, school-building repair, and extending the public-transportation service.”

Most of the essay details Biss’s efforts to help a woman she is writing a story about, Eve Johnson. Johnson attempted to gain custody of her grandchildren who were taken by Child Protective Services after being abused by her daughter-in-law’s boyfriend. She completed all the necessary steps but was given contradictory explanations as to how long it would be until she was eligible to gain custody. The judge working the case eventually ordered her to stop talking with the Voice and Viewpoint, threatening to sentence her to six months in jail. Johnson guesses the agency won’t grant her custody because she’s “too black”. Biss concludes the essay by claiming that, after working on this story, “the news in the New York Times no longer read like news to [her]. It read like someone else’s fantasy.”

Although the subject matter is intense, Biss’s narrative voice is calm and stripped of any affectation. She often lets facts from her research tell the story, as she does in “Time and Distance Overcome”, creating a weighty accumulation of information as a foundation for her pithy lines of insight. The hushed tone accentuates her ideas; she is serious in the manner of a good friend sitting down with you over coffee to have a difficult conversation.

The most impressive feat of the collection, though, is her ability to write on both the social issues of America and her personal life within the same essay in a way that reads as natural. The best example of this is “Back to Buxton”, an essay in which Biss contemplates the idea of home, moves to Iowa City and researches Buxton, Iowa, an integrated coal-mining town, mostly abandoned before the ’20s, that was supposedly, at one time, a utopia unaffected by racism. After discussing some of the problems with integration from both the perspective of Zora Neale Hurston in the ’50s and her own experience at the University of Iowa, she ends the essay on a hopeful note: “I would still like to believe what one man who used to live [in Buxton] said, decades after he left: ‘I’m not so sure, I’m not so sure you can’t go back to Buxton.'”

Notes from No Man’s Land also displays Biss’s knack for writing stories about place. “Letter to Mexico”, an account of her time spent living in a Mexican town inhabited mostly by Americans, contains descriptions that color both the setting and the avarice Biss sees in the people around her:

The beach in La Salina was a glorious beach. It smelled like gasoline and horse dung, and the Americans there were all fat and ravaged by sun and alcohol and cigarettes. Tattered blonds in T-shirts carried drinks to paunchy old men on the patio. There were dirty white towels, ants in the carpet, rust in the sink, ATVs roaring across the beach, dogs chasing the ATVs, and two giant, fanlike flying machines that buzzed back and forth above the surf all day. Horses strolled by as I stood on the balcony watching, girls on motorcycles tossed up sand, and some guys at the top of the beach hit golf balls and hooted.

In her account of living in New York City, “Goodbye to All That” (the title being a nod to Joan Didion, a writer whose prose style Biss seems indebted to), Biss restrains herself from describing the overwhelming chaos of New York City in scads of lush prose, instead narrowing the reader’s gaze on her New York, “always the city of the morning after the carnival.” The decision is her way of highlighting one of the essay’s theses: “I don’t want the New York I loved to be confused with the New York the T-shirts love.” The statement reflects Biss’s writing style; when she doesn’t question or denounce popular assumptions, she disregards them altogether.

The reissue of Notes from No Man’s Land includes a new essay, a coda titled “Murder Mystery”. In the essay, Biss and her husband attend one of those parties where everyone takes on fictional identities and interview each other to find out who was the murderer in some made-up scenario. Biss uses the party, at which she and her husband are the only white guests, as the backdrop for rumination on identity politics and white-on-black killings, while connecting to the earlier essays’ common theme of white guilt. The addition fits well into the collection, an update that doesn’t read like a jaunt into a different America, but a return to the same place detailed throughout the book.

On 26 November of this year, several news sites reported that someone or some group hung nooses from trees on the grounds of the Mississippi capitol. Signs were left as well. One of them read, “We’re hanging nooses to remind people that times haven’t changed.” I thought about how this instance would fit into one of these essays, another anecdote that’s not part of a recent uproar of racial tension, but rather another story in a long-running continuum. Whether or not readers agree with some of Biss’s statements, it’s clear that Notes from No Man’s Land is a book written with the hope that one day this continuum will end. 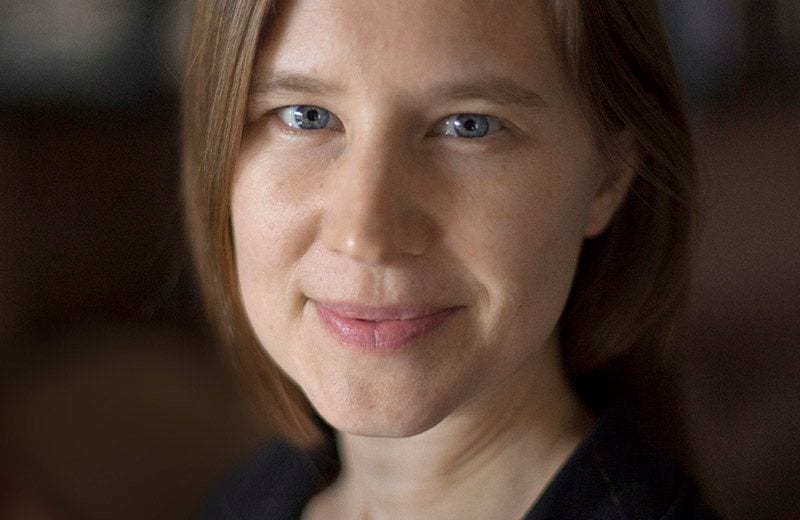