When Forrest Tucker (Robert Redford) walks into a bank to rob it, he does so with the graciousness of a gentleman. He asks the teller or bank manager politely for the money, and often compliments them on their grace under pressure. Although Forrest claims to carry a gun, even opening his jacket to show it to those he’s robbing, no one’s quite sure if they really saw a weapon. More often those who were robbed are struck by the civility of Forrest. With an actor like Redford playing the career criminal, you can imagine just what they mean.

That simple premise is the basis for David Lowery’s The Old Man & the Gun, the rumored-final film for legendary star Redford. To this day Redford radiates with the disarming likability and wry sense of humor that cemented him as a star in the ’60s and carried him through six decades as a leading man. Redford, like the greatest film actors, has always had a keen sense of his personas and how to appear, always, as himself (other enduring stars like Clint Eastwood and Meryl Streep have similar abilities). Redford’s Forrest Tucker is so informed by his past work that he could just as easily be an elderly Sundance Kid from Butch Cassidy and the Sundance Kid (George Roy Hill, 1969) committing heists in a different century, or con man Johnny Hooker in The Sting (Hill, 1973).

The story takes place in 1981, when Forrest’s criminal life catches the attention of John Hunt (Casey Affleck), a Texas detective who happens to be at a bank while Forrest is robbing it, but the crime occurs so discreetly that John doesn’t notice until Forrest has left the scene. John begins his hunt to apprehend Forrest, but also uses this time to learn as much as he can about this old man who has spent a lifetime holding up banks and escaping prisons. He wants to know just what makes a guy like Forrest Tucker tick. If it’s money, we the audience never really see it. As John comes to learn from the various people from Forrest’s past, he’s a man with a life that’s rich in history yet his motivations are enigmatic to many of those who have met him.

Lowery capitalizes on the audience’s history with Redford to build a low-key character study that contains the vibes of a folktale. Tucker is drawn to the siren call of the heist. That’s where he finds his thrills. The Old Man & the Gun has a premise that, in lesser hands, could easily come off like a vanity project celebrating Redford’s charm and smile, but Forrest is more complicated than that. The film strikes some effective notes towards drawing out his emotions, even repurposing clips from an earlier Redford film, The Chase (Arthur Penn, 1966) for a prison break montage that only makes Forrest’s adventures feel more immediate. 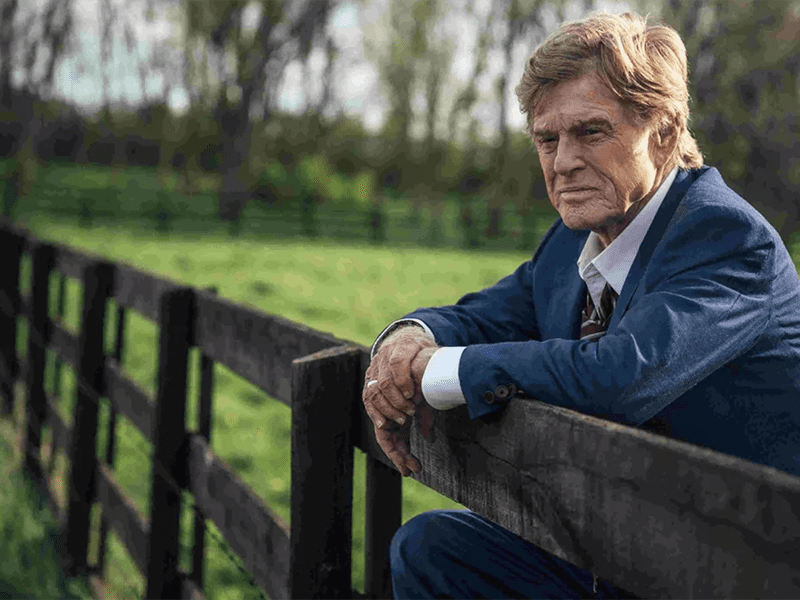 The Old Man & the Gun takes on the qualities of a ballad as it slowly draws out the details of Forrest’s life. With his gentle, elegiac approach and lean storytelling, Lowery’s film builds some of its most effective moments out of characters sharing the stories that shaped their lives. Some are funny, like when Forrest’s criminal buddy Waller (Tom Waits) remembers the childhood event that led him to hate Christmas. Other stories, however, are rooted in pain, like when John travels to California to interview Forrest’s daughter, Dorothy (Elisabeth Moss), who only knows her father through what she’s been told by others. For her, the tales of Forrest’s life aren’t funny, exciting, or romantic because she remembers that each tale is shadowed by his abandonment of his family.

Forrest enjoys the thrill of the hunt, leaving a note for John from his crew, wryly named the Over-the-Hill Gang. Meanwhile, Forrest befriends and starts a romance with a Texas widow named Jewel (Sissy Spacek). If Forrest serves as Redford’s alter ego, Jewel could be the same for Spacek. Spacek takes a character that could be a bland love interest and imbues her with warmth and keen wit that speaks naturally to Spacek’s body of work. It’s easy to be won over by Jewel, but the question remains whether or not Forrest will feel the same about her. Will he leave his life of crime behind for a more meaningful connection with Jewel?

In his short career, Lowery is molding himself into one of our most humane directors. His previous movies Ain’t Them Bodies Saints (2013), Pete’s Dragon (2016), and A Ghost Story (2017) demonstrate compassion and understanding for the complex ways that people handle the trials of life. You can see where other filmmakers might try to handle some of these same stories with more conventional attitudes about life or even fall back on familiar character/plot beats, but Lowery avoids these trappings repeatedly. Less patient viewers may tire from the lack of forward momentum, but those who savor quiet character study will find much to enjoy. Lowery and Redford have such similar sensibilities that it’s a shame they likely will not work together again, but here’s hoping that Redford escapes from his self-imposed retirement for one last film. 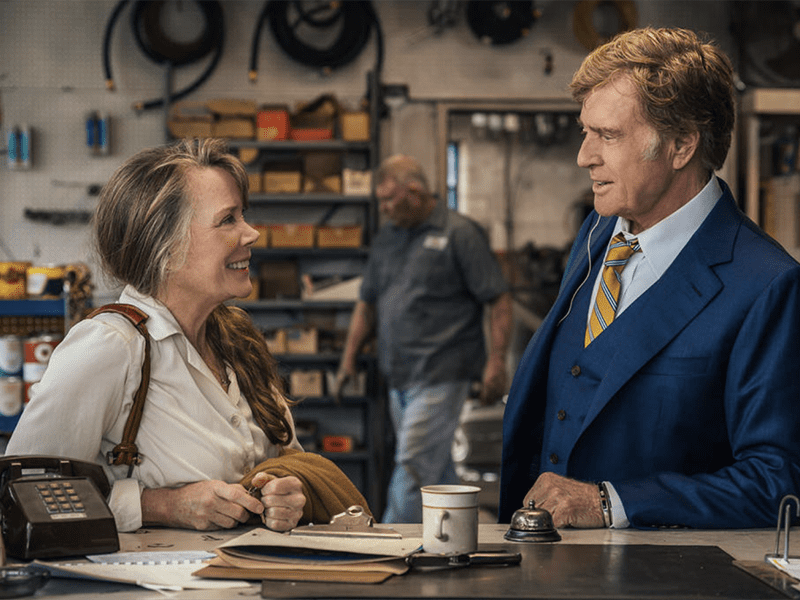