The podcast “Friendly Fire“, from the Maximum Fun Network, poses a pivotal question near the end of each episode. The three hosts (John Roderick, Adam Pranica, and Benjamin Ahr Harrison) take turns introducing and monitoring discussion of that week’s topic, a film in the canon of specific battles and general warfare. While the show deals with war films as a genre within the context of their time and through the creative perspective of their auteur writers and directors, this key question asked as each approximately 90-minute episode comes to a close could just as well be asked of an intellectually famished literature Graduate student of the late ’80s: Who’s your guy?

Consider the state of higher education American literature studies then and to a degree now. Students were expected to form alliances on the battlefield of verbal jousting and creative skirmishes. We hid under the umbrella of Raymond Carver’s minimalism. We flirted with the way Kurt Vonnegut spoke to us in various guises. The three-headed monster of male American letters (Saul Bellow, Philip Roth, and John Updike) always hovered above the landscape, reminding us of their earned importance. The heavy footprints of William Faulkner, John Steinbeck and Ernest Hemingway remained visible, and Norman Mailer was still begrudgingly welcomed in the canon. With some major exceptions (like Allen Ginsberg), we answered the query about who was our guy with whichever of the cis-gendered heteronormative writers could fit most comfortably in our personal pantheon of modern American literary heroes. All these guys were certainly on that battlefield, pitting their worlds against each other, but there were still others like Hubert Selby, Jr., William Burroughs, and Charles Bukowski lurking almost beyond our view.

In the new collection Charles Bukowski: On Drinking, editor Abel Debritto again provides a lovingly curated example that the flame he’s been keeping for this prolific writer (after such collections as On Writing, On Cats, and On Love) is far from being extinguished. Debritto has assembled a wide spectrum of poetry, letters, journals, prose excerpts, and general reflections on how Bukowski saw alcohol playing a role in his life and the presence it had in the lives of his contemporaries. While the reader first encountering Bukowski in 1989 (five years before his death) might have been thrilled by the decadence and the apparent literary freedom that unlimited alcohol consumption manifested in his work (especially the novel Hollywood (HarperCollins, Ecco, 1989) and the screenplay to the 1987 film Barfly, Barbet Schroeder, 1987), reading this collection today brings a whole different set of questions.

If Bukowski was never fully welcomed into mainstream literary company until the final years of his life (and then perhaps only because of Barfly), can it be said that he’s worn out his welcome? Have we outgrown writing about (and allegedly at times under the profound influence of) alcohol? If many of the pieces included here are the literary equivalent of watching dirt circle the drain after a vigorous shower, how long should we watch before we realize our time is much too precious to keep watching, keep reading, keep hearing the same beat over and over again?

Most of the readers who come to this volume will already be acquainted with the myth of Bukowski as seen through Barfly, where star Mickey Rourke (as Bukowski’s usual fictionalized alter-ego hero, Henry Chinaski) and his girlfriend Wanda Wilcox (Faye Dunaway) stumble through the seedy, smoky bars and alleyways of Los Angeles. This portrayal certainly seemed more accurate than the glossed-over (yet still decadent) Hank Moody (David Duchovny) from the 2007-2014 Showtime Series Californication. Bukowski had been gone for over a decade when the latter was produced, based on his 1978 novel Women (Black Sparrow), so the mere presence of the admittedly more photogenic Duchovny as a Bukowski stand-in effectively romanticized and took off the harder edges from the life and times of an unapologetic, unrepentant alcoholic womanizer.

In effect, the legacies of Barfly and Californication made the Bukowski myth more palpable, more comfortable. They asked us not to forgive the transgressions of the sinner so much as sit high above him and bear witness. We were like judges at Wimbledon, watching Bukowski play tennis with booze. The latter always returned his serves, and no matter his condition, he stayed in the game. The selections in On Drinking won’t offer many surprises to those familiar with Bukowski’s work, the “dirty realism” that was his bread and butter. His poetry might have been his major claim to fame, but there are also gems in his correspondence. Take this, from 1961: “I can’t stand writers or editors or anybody who wants to talk art.” In a 1965 letter, he reveals advice given to him by Henry Miller: “‘I hope you’re not drinking yourself to death… Drink only when you’re happy if you can. Never to drown your sorrows. And never drink alone.’ “

Bukowski’s clever, Thurberesque drawings are sprinkled through this text. We recognize these figures as human only through vague shapes. They are naked, (without genitals), seated around tables, in the midst of or pausing in between drinks. There’s offensive racist decadence in an excerpt from his novel, Post Office (Black Sparrow, 1980) where the character is excited because he’s “…being raped by a high yellow enchantress!” In the poem “short non-moon shots to nowhere”, we get a form reminiscent of Allen Ginsberg’s Howl, except this time it’s more gin-soaked:

In an excerpt from “Notes on the Life of an Aged Poet”, Bukowski makes it clear how he feels about his contemporaries:

“Most poets read badly. They are either too vain or too stupid. They read too low or too loud. And, of course, most of their poetry is bad. But the audience hardly notices. They are personality gazing.” 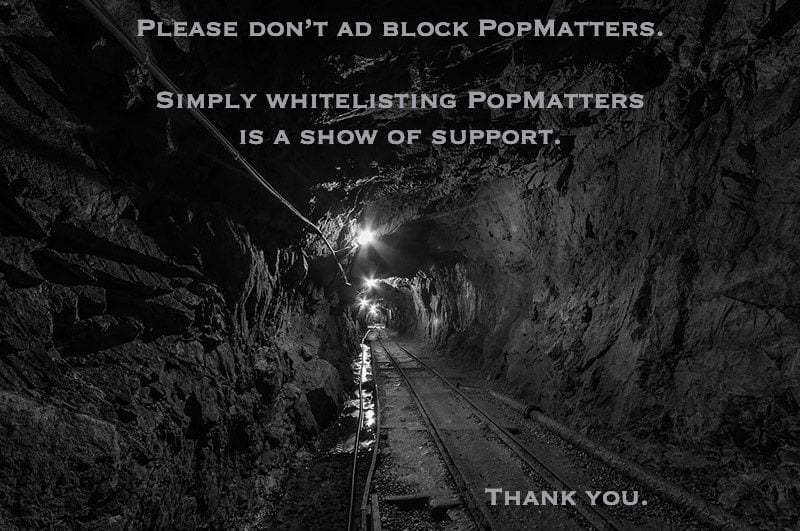 It’s that last line, the idea of an audience simply “personality gazing” from one poet to another, that seems to be at the heart of Bukowski’s perspective in many of these pieces. He seems fully aware of how he is perceived and the role he is expected to play. If the price is right, he’ll maintain the image and play into the cult of personality as much as the poets he disdains and the audience for whom he seems to have contempt. Do you hate me? Okay, well, wait until tomorrow. He builds on this within the poem “in the name of love and art”, where the story (in real time) features Bukowski posing nude for his sculptor girlfriend:

“I don’t know how many times I’ll have to/ get drunk in order to perpetuate her Art. It may take a long time/ to finish this sculpture and I very much want it to be authentic.”

In Robert Wennersten’s “Paying for Horses: An Interview with Charles Bukowski” ( S Press Tonband / London Magazine, 2005) we get another impression that the writer seems to be fully in control of his vision and persona, however destructive it may be. He is asked if he can write and drink at the same time, and he replies that he can only do so with poetry. “It’s too unromantic to write prose when you’re drinking.” He gets deeper, and more interesting, when reflecting on poetry:

“…you want to lay down the line that startles. You get a bit dramatic when you’re drunk, a bit corny. It feels good… Drinking is an emotional thing… It’s like killing yourself, and then you’re reborn. I guess I’ve lived about ten or fifteen thousand lives now.”

What works best in these excerpts, which are at times difficult to thematically connect with each other beyond the reflections on drinking, is the lean and economical style. In an excerpt from Factotum (W. H. Allen, 1981) Bukowski is lean, economical, precise, bouncing dialogue back and forth, one line after another. “Frankly, I was horrified by life,” he writes. “So I stayed in bed and drank. When you drank the world was still out there, but for the moment it didn’t have you by the throat.” In the poem “the drunk with the little legs,” he seems to be writing about Toulouse Lautrec: “he liked to wear a top hat/ and he sketched his things/ while drinking;…he had it down tight and/clean,/ he sketched all the dancing/ girls/ that would never be his…”

By 1982, in a letter to Jack Stevenson, Bukowski seems to be stripping down the artifice of poetry and prose and getting to the bottom line: “I guess with me it’s really having more a taste for the drink than a taste for Humanity.” Later, responding to an interviewer’s reflection on the “corrosive effect of drinking on American writers”, Bukowski is succinct about the role of drinking in his life and writing:

“There is a great sense of guilt attached to drinking. I don’t share that guilt. If I wish to destroy my brain cells and my liver and various other parts, that’s my business.” 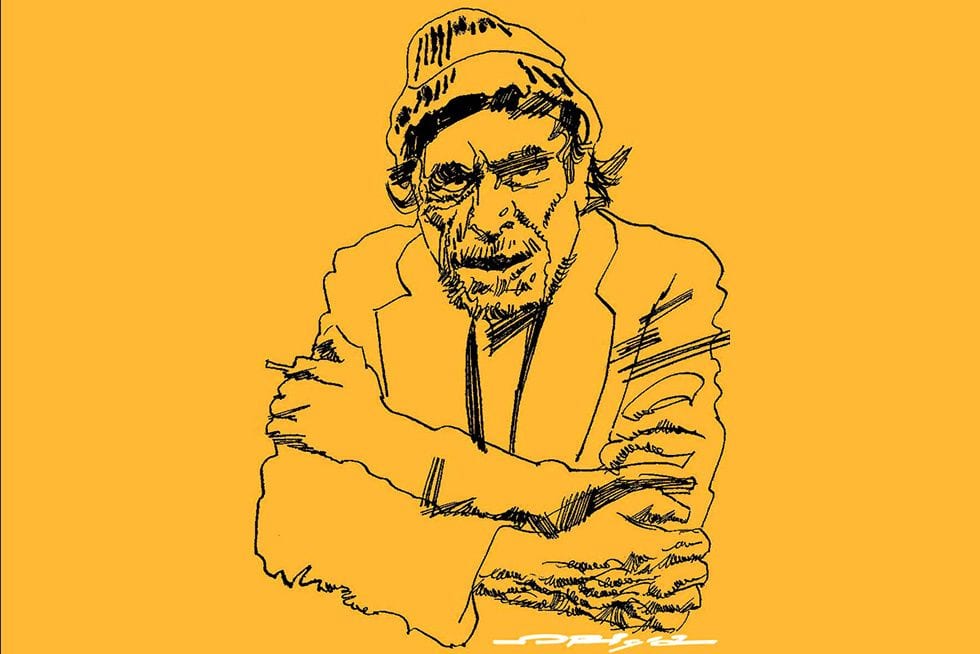 What was Bukowski’s goal? What was the grand vision he might have had for his writing and life? In the poem “my vanishing act” he writes: “I was their bar freak, they needed me/ to make themselves feel/ better./ just like, at times, I needed that/ graveyard”. In “The Bukowski Tapes”, he writes “Alcohol gives you the release of the dream without the deadness of drugs.” The reader willing and able to look beyond the haze of so much alcohol will revel not in the romance of the decadence so much as the thrill of creativity. He’s old school, a typewriter is a “typer,” and he was good at it:

“Sometimes I think it was only the sound of the typer that I wanted. And the drink there… by the side of the machine… It wasn’t so much that I was TRYING to be a writer, it was more like something that felt good to do.”

There is a lot of truth and clarity to be found hidden beneath the romance of the artistic drunk. Bukowski reflects in Q & A that while drinking might be the oil that runs the machinery, “…I doubt if it gives us any insights or truths… A writer has no friends, only distant allies.” In 1992, he reflects on classical music: “I feast on each note like a man starving for a new rush of blood and meaning and it’s there.” The reader can’t help but wonder whether the contradictory image of Bukowski with his head bowed down over a glass of liquor, a jazz or crooner song playing in the background, was more the product of super fans like Tom Waits (whose early career was clearly inspired by the man) than reality. When the book was finished and the lights turned out, it was all scored to a classical music sonata or nocturne.

On Drinking is a brief volume that will take effort to figure out. Does Bukowski have a place in 21st century American letters? He was a German-born child whose life didn’t really seem to start until he moved with his family to Southern California in 1930. Perhaps his greatest skill was creating the myth of Bukowski, the literary reality of his doppleganger alter-ego Henry Chinaski, the constant presence of alcohol and the prodigious output of poetry, novels, stories, and memoirs. On Drinking may appear to be the core theme of all Bukowski’s work, and a great deal of patience to wade between the alcohol-drenched lines will reveal more profound truths.

Thirty years ago many grad school English students might have picked Bukowski as their guy in the eternal need to align themselves with a spokesman. He might not have a legitimate place in 21st century modern literature, filled as his work is with sexism, racism, homophobia, and unapologetic inebriation — often with violent consequences — but his work is still worth exploring for the role it played in its time and the voice it gave the hopelessly romantic, lonely, dispossessed social outcasts.