Once Upon a Time… in Hollywood
Quentin Tarantino
Sony Pictures

Quentin Tarantino, inarguably one of his generation’s most influential and inventive filmmakers, has been saying for years that he only wants to make ten films in total. Unsurprisingly, the news has sparked many discussions — the director is only 56, after all — and critics and fans alike have since speculated about what his last films might be. Would he return to Kill Bill one last time? Maybe try something completely different? It was all besides the point, of course, because his next project would generate frenzied press regardless.

Add in Leonardo DiCaprio and Brad Pitt to the mix, and you’ve got an obvious hit. The problem with Once Upon a Time… in Hollywood, Tarantino’s ninth film (and his penultimate, if all goes according to plan), is that it isn’t worth the hype. Sure, the actors dazzle and showy camerawork abounds. History is giddily sent up. Lots of blood is spilled. But when it comes down to it, the film plays it shockingly safe, relying on the charms of A-list talent and tongue-in-cheek plot developments that diffuse necessary tension and lead to one-too-many dead ends.

At 165 minutes and with liberal editing that weaves in and out of several narrative threads, Once Upon a Time… in Hollywood is certainly audacious at face value. It’s a strange film too, and it’s already generated more conversation that the rest of this summer’s fare combined. The problem is that it relies on DiCaprio and Pitt — and Al Pacino, Margot Robbie and a litany of young stars with famous parents — to carry the load of its oftentimes baffling storyline. There’s not much of a risk when you’ve got three of the most bankable stars in the world, plus one of cinema’s greatest talents, to fall back on. Without these names and Tarantino’s acclaim, a more truly inventive film might have been able to shine through. Instead, it’s a self-conscious parade of stardom and nostalgia-bating historical accuracies that cannily generates discussion without actually having hardly anything interesting to say. 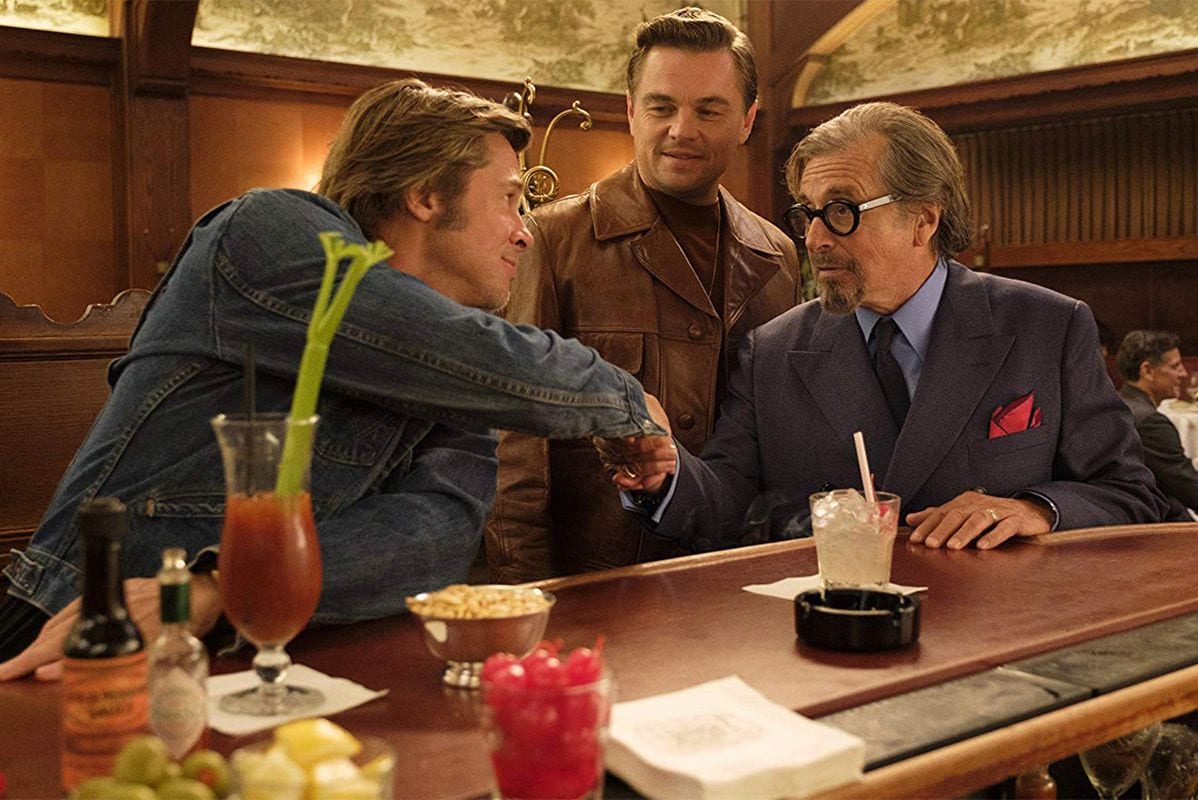 Once Upon a Time…in Hollywood follows Rick Dalton (DiCaprio), an actor in his late 30s who fears that his career is winding down. His buddy and stunt double is Cliff Booth (Pitt), an enigmatic and violence-prone beefcake who cares for little else in the world than his friend and his dog, Brandy. Dalton’s existential crisis is first set off when the agent Marvin Schwarz (a miscast Pacino) tells him that his streak of playing villains will only continue to pigeonhole him moving forward. Instead, Schwarz says, he should move to Rome and boost his name with a few Spaghetti Westerns. And so he does.

On the other end are Dalton’s neighbors, who happen to be Roman Polanski (Rafał Zawierucha) and Sharon Tate (Robbie). Whereas Dalton and Booth’s storyline is full of drama and exposition, Polanski and Tate’s is quiet and largely symbolic, meant to conjure the specter of the Manson Murders more than actually complicate the narrative.

The plot’s organizing principle is four dates — February 8 and 9, 1969, and August 8 and 9, 1969 — the latter the dates of the Manson Murders. Naturally, history is an important element to the film with Tate’s murder always on the horizon, but the film subverts those expectations in more ways than one. The result is a highly discursive collage of Western sensibilities that comes together into a funny and occasionally charming but disappointingly bland project.

That Tarantino would mess with viewers is a given; that he would muddle American history with a bloated lineup of stars and tricks is the real surprise. Beneath all of the noise, one simply wishes for a good story. Once Upon a Time… in Hollywoodis only intermittently successful on that front.

None of this is to say that the film is entirely free of charm. DiCaprio and Pitt turn in expectedly excellent performances, the former as an insecure drunk and the latter as a cool, macho sidekick who knows how to get the job done. And though the film is overlong, there are a couple of scenes that stand above and beyond the rest.

The first involves a Manson girl called Pussycat (a standout Margaret Qualley) who baits Booth into giving her a ride to the Spahn Ranch — famously the residence of the Manson cult. Upon arrival, Booth meets an endless stream of young hippie girls played by some of Hollywood’s most famous offspring, including Qualley, Lena Dunham and Maya Hawke. It’s a funny scene but also an arresting one, as Booth muscles his way into the main house to chat with George Spahn (Bruce Dern) and faces the suspicions of the hippies. It’s also one of the film’s few scenes that manage to be both meta and satisfying in its own right. 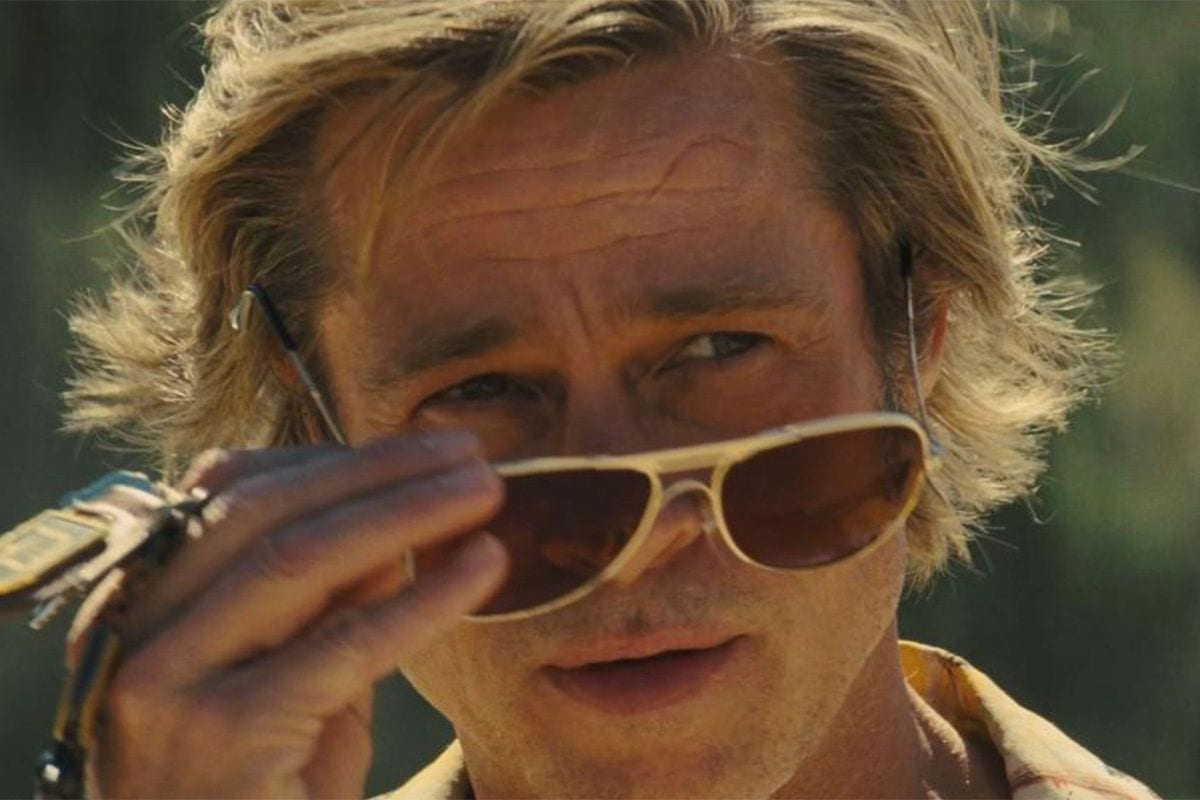 Another standout scene involves Dalton in one of his first Italian film roles. Before shooting a pivotal scene, he runs into a precocious eight-year-old actress (Julia Butters, the film’s real MVP) who takes her duties seriously and challenges him to do the same. Later, as the pair share a scene together, Dalton finally lives up to his latent acting talent, and DiCaprio gives a seething, maniacal monologue made for an Oscar reel. After the scene, the young actress whispers to him, “That was the best acting I’ve ever seen in my life,” and he tears up. It’s far and away DiCaprio’s best moment in the film, and it’s easily the film’s most sincere moment.

The problem with Once Upon a Time… in Hollywood isn’t that there’s no fun to be had; it’s that the truly charming moments — besides the obvious totems like Pitt taking his shirt off or Robbie clad in chic ’60s outfits — are too few and far between and, ultimately, come together in a disappointing and somewhat baffling finalé. It’s alarming to consider that Robbie actually had fewer lines in a previous edit considering how light her role is here, and how baiting it is to use the Manson Murders as a touchstone without adding anything new to the well-worn narrative.

Like many of Tarantino’s best works (notably Jackie Brown and Pulp Fiction), Once Upon a Time… in Hollywoodsplices together errant narrative threads to form a larger picture. But where those films succeed by tying everything together in the third act, the director’s latest effort falls back on senseless, gruesome violence, and an inexplicable act of revisionism to gather loose threads. Not only is this one of Tarantino’s least risky films, it’s also one of his most forgettable. With just one film left to his name, let’s hope he’s got more tricks up his sleeve — some that will make for great cinema, not just good discussion.