An award-winning writer who earned his place in the sun as the author of a series of popular crime novels, Sébastien Japrisot made heavy waves in his native France but barely a ripple with English-speaking audiences. Japrisot’s characters have a very European emotional jurisdiction. Their lives may not be dissimilar to the ones who roam American soils, but their internal compasses seem to point to a way of being particular to peoples of this continent.

Japrisot’s stories are essentially crime dramas that open with slow and deliberate cause. Whether it be a murder in a sleeping car, a boundary crossed between an employee and her boss, or an idyllic, provincial town in which a mentally ill woman plots revenge, we witness the world outside these characters with the same intense reflection we give their internal lives. So much of the author’s work depends on the environments which entice, ensnare, and eventually dissolve the people in these narrative worlds that, in many ways, the locales feel like passive accomplices to the crimes that take place.

Consider One Deadly Summer (L’eté meurtrier, 1977), one of Japrisot’s most accomplished and popular crime novels about a rural town in the south of France that falls under the mesmeric spell of a strange and manipulative woman. A novel focalized through the perspective of a number of narrators, One Deadly Summer tells the story of a young and sexually alluring woman who quietly drifts into town with her reclusive mother and father. Noticed rather suddenly and with fervent rapt by almost every man in town, Eliane (or “Elle” as she is called), flirts, cajoles and provokes the men around her while she works her way into the heart of one particular man, Fiorimonto Montecciari. 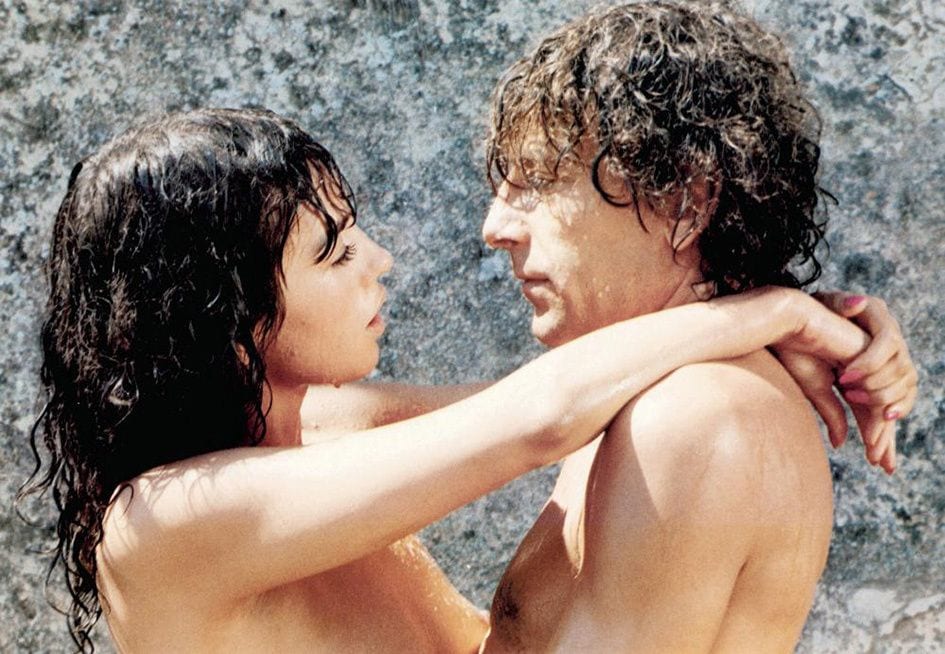 “Ping-Pong”, as Fiorimonto is nicknamed, is Eliane’s object of affection and she demurely orchestrates a series of events to get his attention. Ping-Pong has taken quite a fancy to the mysterious “Elle” and, without too much fuss, they begin a romantic affair. Eliane soon moves into the Montecciari household and depending on the family member, she is either a pest or a welcome presence. She carries on in her laissez-faire fashion, bathing naked in the kitchen in front of everyone, talking back to the mother of the household, and seducing Ping-Pong’s brothers on the sly.

Ping-Pong, who is genially aware, opts to turn a blind eye. But soon, even love cannot blind him to Eliane’s increasingly erratic behaviour. What Ping-Pong can’t seem to figure out is that Eliane has targeted him from the very start – before she even arrived in town. And that this strange woman with a mixed-up past has a very nefarious plan for the hapless Montecciari family.

Brimming with a kind of eroticism that could only exist in the blistering heat of summer, Japrisot makes excellent use of the tranquil scenery. There’s almost never a moment when the author doesn’t recall some moment of crushing nostalgia, using tone and texture to evince a sort of empathetic longing. When Japrisot introduces Eliane into any moment along the narrative timeline, he exacts a systematic disruption of the idyllic perfection. It may seem an easy enough ploy, but the execution requires a sure hand in discriminating scene-building; the pastoral surroundings become increasingly fevered and slavishly hot with the introduction of each character. Ping-Pong opens the narrative with the pansophic scan of his hometown; a slow, winding bend through the lives of a town in Southern France. In the bustle of people and social activity is Eliane, who catches his curious, if not overly perceptive, eye.

Japrisot’s mystery works especially well because of the judicious dispensing of his information. Only some characters hold certain information and the clues are drawn slowly together with a shambolic sort of order. As most mysteries are highly dependent upon their plot structures, much of what we expect from the narrative is circumvented through the emotionally-induced movements of the characters on scene. Eliane fashions a sort of manic blueprint of her assorted actions, sometimes leading the people around her, and therefore the reader, to invest in some emotion caused by a seemingly random act (be it violent or sexual). Her sudden digressions produce the kind of alarm that forces the other players to react in equally dramatic ways. As a result, One Deadly Summer becomes something of a petri dish of sex and violence, mania and repressed emotions. Moreover, it’s a fiction of miscommunications, born from misguided desires that are often the preserve of youth. As a literary work, it’s a quietly esteemed effort that also makes a visceral, sometimes not altogether comfortable, impression.

Because Japrisot’s novel is ripe with vibrant and contentious characters who storm right off the page, it was only natural that the narrative would be demonstrated as a drama of high fuss and furor onscreen. A role so controversial that it was coveted and resisted in equal measure, Eliane would ultimately be embodied by Isabelle Adjani, a French actress noted for her beauty as well as her percipient performances. Against the sun-blinding backdrop of the French countryside, Adjani cavorts with any number of the men on display who crawl about the narrative like swarming ants on a pile of sugar. It’s at turns comical, sensual and disturbing, watching the young woman needle her way through family, social circles and lovers. It’s even more compelling when it’s understood that every action is given to some subtle inflection in the performance; a sure reminder of Adjani’s deserved César win for her role in the film.

Referring to the Rashomon-inspired device that informs the source novel, director Jean Becker delivers an elliptical but simple structure in his storytelling that reveals more and more, little by little. Eschewing the fancy threads that carried over from the French New Wave and ignoring the then-fashionable stylistic tropes of Cinéma du look, Becker arranges One Deadly Summer (1983) as a simple scrim in which the performances tell the story. Sure enough, he does not neglect the most important character here – the French Countryside, or rather, the French Countryside in summer; Adjani and et al.’s actions would mean very little if they were not somehow precipitated by the searing heat of the weather. But Becker’s bread-and-water approach, a distilled visual presentation of action and narrative, ensures that the bodily interactions are tighter, the conversations more tense. The film follows the novel rather faithfully, wisely excising any of the superfluous exposition that provided a necessary context for the source material, but would only have dragged its adaptation down with the laborious amount of detail.

Alain Souchon, known mainly as a singer, plays Ping-Pong (renamed “Pin-Pon” for the film) quietly but with certainty. Sidled next to Adjani in their most intimate scenes, he seems out of her league, his drab and weary features a stark contrast to the lustrous and fresh beauty of his starring opposite. But such a perplexing dynamic is what makes her character seem as mythic and romantic as the most affecting femme-fatales in the cinematic canon – the kind who often skulk around in the shadows of night. Here is a film noir of concentrated colour and sweltering summer heat, demonstrating, in all its temerity, that many dangers occur in the open light of day.