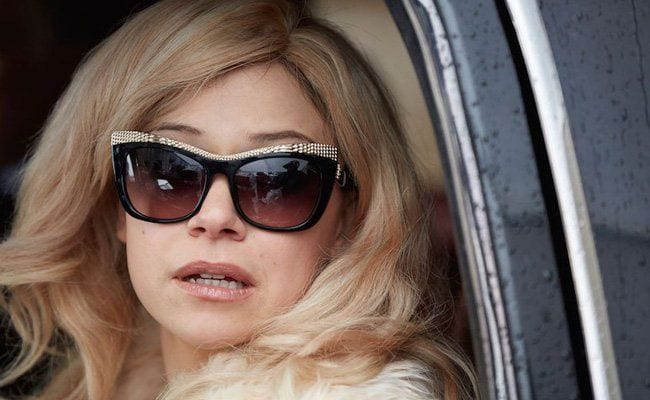 Kira: I’m worried about the sisters. There’s so many we don’t even know.

Sarah: We’re doing this for all of them too. I want us all to be free.

Susan (to Rachel): I regret making you.

Cosima: I finished our homework.

Delphine: You found your cure.

Orphan Black has spent four seasons introducing villain after villain, but “From Dancing Mice to Psychopaths” may have presented its cruelest and most cutthroat one yet, and she’s been around all along. Season finales can often be a let down, particularly when they try to address too much — and Orphan Black certainly has plenty to address — but its finale manages to feel complete while still leaving enough unresolved for its fifth and final season.

The episode opens on a flashback to Delphine (Evelyne Brochu) getting shot at the end of last season, but from Krystal’s (Tatiana Maslany) point of view. Here we see Duko (Gord Rand) shooting Delphine while Krystal hides behind a car. She’s nearly killed herself when her cell phone goes off, but a team swoops in and takes Delphine while Duko runs off. What’s most revealing is that Ian Van Lier (Scott Wentworth), Evie Cho’s (Jessalyn Wanlim) personal physician, heads the team that rescues Delphine. His real loyalty to Brightborn comes from the mysterious, unnamed head of Neolution, later revealed to be Neolution’s founder, Percival Westmoreland. He’s still unseen by the end of the episode, but much of next season will surely revolve around unmasking him.

Speaking of Krystal, it’s impossible to discuss this episode without discussing her consistently hilarious and spot-on observations and theories. When she’s finally told that she’s a clone, and introduced to Sarah, their meeting may be one of the funniest moments of the season. Krystal’s disbelief is amusing enough, but when she reasons that she’s simply much more beautiful than Sarah (“She’s like a 7 on a good day, and I’ve been told I’m a 10”), Sarah’s obvious offense and Krystal’s unapologetic attitude are perfect.

Cosima and Susan (Rosemary Dunsmore) finally find a cure, but Cosima’s happiness is short-lived. She soon finds out that Susan plans to restart the human cloning program and they’re immediately at odds once again. Susan’s arc has been an interesting one this season, in that she’s had many moments of single-minded ruthlessness, but she also genuinely cares for the sisters. Ultimately, the science is what matters most to her, but when contrasted with Rachel’s completely self-serving behavior, Susan exhibits more restraint and humanity.

Rachel’s rise to the top of the Neolution food chain has been building all season long. Rachel’s insecurities about her place among the clones, compounded with her fury over losing her professional standing, is a perfect storm for abandoning everyone and everything in service of her own survival and power gains. She betrays her sisters, Susan, and even herself when she proposes a human cloning program more akin to keeping lab rats, while seeming to forget that she herself is a clone. It’s not a stretch to imagine that Rachel stabbing Susan and then trying to kill Sarah is actually an attempted exorcism of her greatest pain and her most hated enemy, respectively. Unfortunately for her, both fail, at least as the season ends, although she’s left both wounded with little recourse to survive by the episode’s end.

As if two potential murders aren’t enough, Rachel also steals the cure, though fortunately, Cosima also stole enough for herself. Cosima’s escape from the house on the island (with the help of Charlotte [Cynthia Galant]) eventually leads to them being rescued by the mysterious man in Rachel’s visions, referred to only as The Messenger (Geza Kovacs), who brings them back to where Delphine is staying. The reunion between Cosima and Delphine is romantic, cinematic, and most importantly, completely earned. Tatiana Maslany and Brochu have excellent chemistry, to be sure, but their characters have been through so much together that when Cosima tells Delphine she succeeded in finding a cure, Delphine’s joy carries real emotional weight.

Sarah and her sisters have spent much of the season struggling with their own personal problems, often separated by them, but as the season has gone on, they’ve moved closer to a singular purpose, namely helping to find a cure while also doing whatever they could to weaken Neolution. As the episode ends, Sarah and Cosima are in grave danger, and Mrs. S (Maria Doyle Kennedy) and Kira (Skyler Wexler) are in the hands of Ferdinand (James Frain), on Rachel’s orders. Through this season, Maslany has continued to grow and expand these characters in ways that are, frankly, mind-boggling. Creating distinct personalities, mannerisms, and voices is a feat of acting magic that Maslany makes look effortless, and the fourth season of Orphan Black has explored the relationships between these many characters beautifully. With one season to go, the series has a great deal to wrap up, but as this season has proven, it’s undoubtedly up to the task.