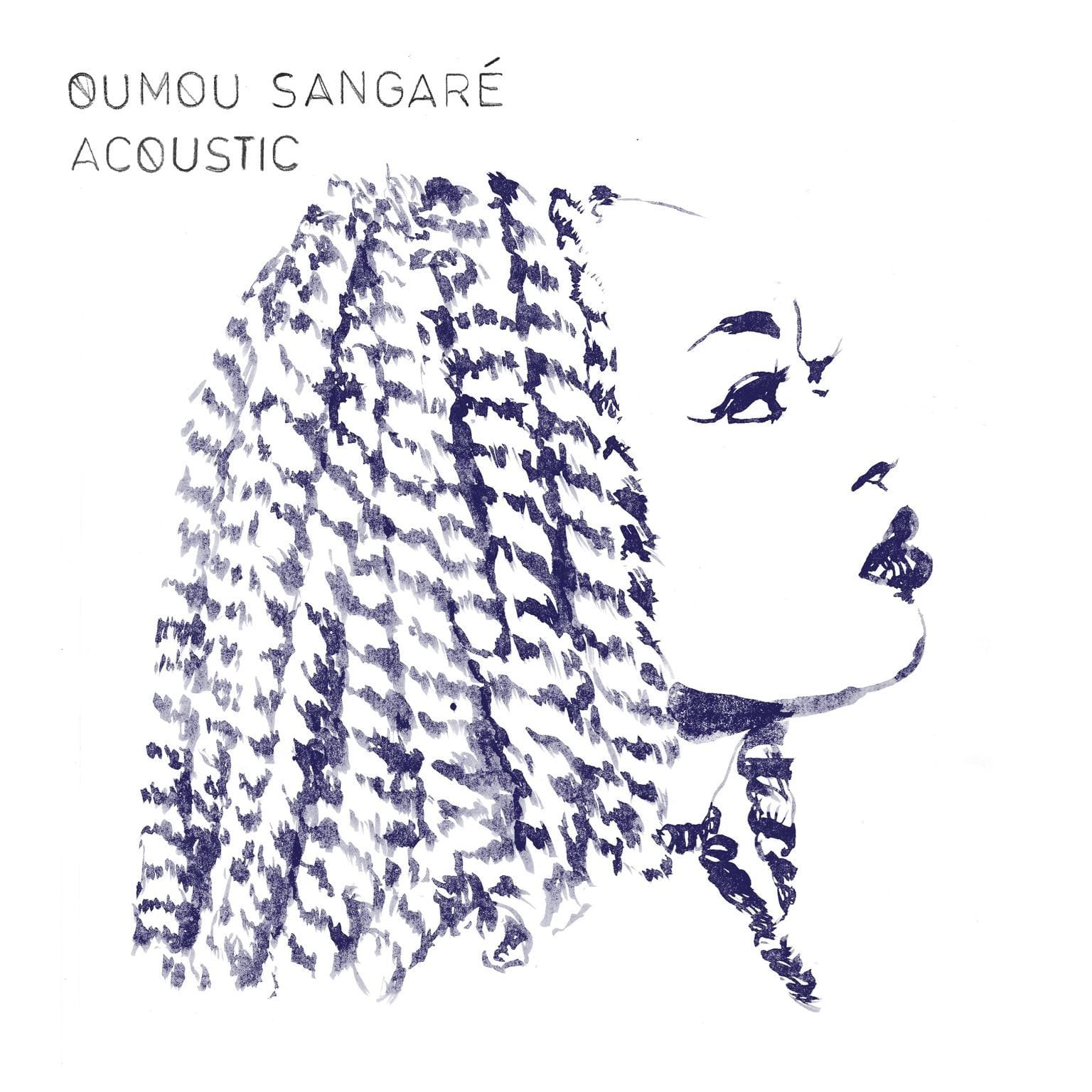 Three decades into her career, it’s hard not to speak of Oumou Sangaré in superlatives and clichés. She’s one of the most prominent feminist voices in Mali, a businesswoman who has spoken out in song and deed against forced marriage and female genital cutting, bringing a new perspective to age-old traditions from the Wassoulou region south of the Niger River. She has won accolades across the globe for her music and her social work and is revered by her contemporaries across Africa and the world.

All of this hype matters when talking about Sangaré’s new album. Every achievement and accolade that Sangaré has earned stems from the way she expresses her strengths and values. On Acoustic, her inner world shines through with particular clarity as the Songbird of Wassoulou performs stripped-down arrangements of some of the most powerful tracks she has recorded over the last 30 years.

On a purely sonic level, Oumou Sangaré’s mellifluous voice is rightfully renowned for its fullness and energy. Here, a softer accompanying ensemble of luscious strings and gentle percussion allows Sangaré to take an exceptionally warm approach, her voice glowing through empty space. She shines, her voice potent even at its softest. It is also central to the instrumentation throughout Acoustic, which blooms rather than builds in a single direction, a radiant approach rather than a push — which suits Sangaré well, allowing the sound to unfold around her charismatic presence.

Through these dulcet tones, Sangaré delivers heartfelt messages that range from the socially critical to the personally moving. The album opens with an airy arrangement of “Kamelemba”, a statement of solidarity with and warning to women against the men who play with their hearts, lying to them and leaving them heartbroken. She is, as always, straightforward and sincere in her calls for truth, later echoed with equal passion. “Bena Bena” decries ingratitude and lifts the idea of being kind to one another. “Kounkoun” is a pointed takedown of slander from her perspective as a woman and public figure who has been subject to such lies throughout her career — primarily due to outspoken and controversial songs like these. “Diaraby Nene” is a song about sensuality that established Sangaré as a woman willing to touch on taboo subjects early on in her career.

Her personal experiences continue to provide the basis of her lyrics on tracks like upbeat “Fadjamou”, a song about the cultural importance of family names throughout Malian society. Solemn “Minata Waraba” sees Sangaré singing her mother’s praises, paying tribute to her philanthropic nature and lifelong dignity. “Saa Magni” is a pensive reflection on death and a heartrendingly melancholy commemoration of the late bandleader Amadou Ba Guindo, who led a backing ensemble that supported Sangaré early on in her career.

More upbeat but no less close to her heart are Sangaré’s songs of encouragement. Energetic “Djoukourou” underscores the importance of having support in life. Meanwhile, “Yere Faga”, the lead single from 2017 album Mogoya, urges her audience to remember that even in the face of adversity and hatred, there is always something worth living for — and she, oft-maligned by supporters of the status quo, should know. The album ends with “Mali Niale”, a song of love and hope for Mali as a nation and a reminder that life is too short to waste.

For the sheer conceptual simplicity of an acoustic album of earlier hits, there’s still a certain amount of risk to it. In such a format, an artist’s raw musical and lyrical skills are exposed. Not everyone has the talent and the versatility to make such an album palatable, much less interesting. Oumou Sangaré, though, has it all: arresting voice, evergreen lyrics, and a team of virtuosic accompanists. Acoustic is a dream, a blissful installment in a career that continues to flourish.